in other words: i did no work and now am kind of a mess

i had SUCH a nice President’s Day weekend. a lot of it was consumed by Mocha Show,⁠01 my urban dance team’s annual performance. we had two shows, both at 10 pm on Friday and Saturday but as a whole, it was lovely. here’s what i did!

our first Mocha Show performance was on Friday night, so a good portion of my day went to setting up decorations, doing some last-minute rehearsal, grabbing dinner as a team, and putting egregious amounts of stage makeup on. then, it was showtime! i was pretty nervous because 60+ hours of practice and set-up had all led up to a two-hour performance, and i really didn’t want to fuck it up. also, my parents were coming from New Hampshire to see me, and they had never watched me dance before! 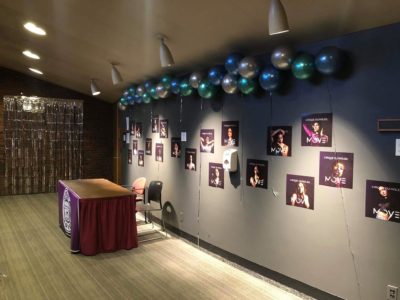 thankfully, everything went well. the only mistakes i made were in the sections i choreographed (the irony…). my parents really enjoyed the show, even though they were a bit out of their element at a 10 pm college event. also, my SO got me a box of chocolates and a pineapple instead of a bouquet of flowers, which made my night even better 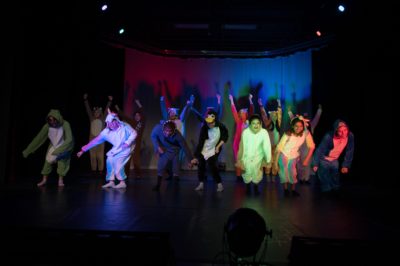 my family line from the Sloan Business Club grabbed brunch at an adorable restaurant! it was sunny but bitterly cold out, so as soon as i got home, i bundled myself in a ton of blankets and napped. the rest of the day passed in a delightful bliss, and then it was call time for Mocha Show again. i knew what to expect this time around, so i was less nervous and more excited since a lot of my friends and Mocha Moves alumni were coming to see the show.

the show went by in the blink of an eye; with each dance, i felt so enveloped by the excitement of the audience that my mind shut down and my body moved on its own. costume changes were probably the only conscious movements i made in the whole two hours of showtime 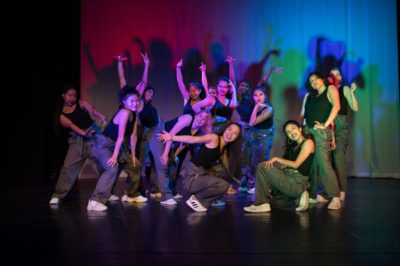 after it ended, we thanked everyone, took lots of pictures, and partied with alumni and friends until an ungodly hour :’)

this was probably was one of my favorite days of the year so far!

i woke up around 11 and eventually dragged myself out of bed to “strike” aka clean up the theater, take down the lights, and roll up the dance marley (which, as it turns out, is one of the most arduous tasks ever). it only took a few hours, so i was able to make it to the 2 pm showing of The Vagina Monologues.

The Vagina Monologues is a play about female sexuality and empowerment by Eve Ensler. it’s composed of a series of monologues and group pieces that range from funny and lighthearted to heavy and powerful. some monologues are performed each year, and some are written by students about their own experiences with topics such as sexual assault and eating disorders. the cast is incredible; every individual is passionate about casting light on important facets of the feminine experience. i really wish i could’ve participated in the production, but Mocha Show conflicts with its other showings, so…

i wasn’t really in the mood to work after seeing VagMo, so i spent the rest of my day hanging out with friends and rewatching Perfect Blue, an animated psychological thriller that i love.

catch-up day…! due to my crazy dance schedule for Mocha Show, i was behind in three of my classes, so i had an obscene amount of homework to do. i have a weird and unhealthy tendency to keep procrastinating on work until i can get fully caught up on prior material, so i keep falling farther and farther behind on things until i panic and get my life together.

yeah, i need to fix this lmao

i also spent some time choreographing a bit of a dance for Dance Troupe! i’m co-choreographing the beginner hip hop dance this semester—the set is party-themed, and the songs include We R Who We R by Ke$ha, SexyBack, and Like A G6 (aka middle school bops).  later, i taught the choreo at our first Dance Troupe practice, which had around 40 people and was pretty difficult to manage, but also a lot of fun. warming up to a Yung Gravy song might’ve been my peak

at the end of the day, i felt a vague sense of dissatisfaction that likely stems from a variety of things—how i’m not caught up with my work or spending enough time with a lot of my friends, or how i’m eating out too much (unhealthily at that) and not keeping my room clean for more than three hours at once. also, i hate that i only have one creative outlet—dance—since i no longer have time to read or paint or do any of the things i enjoyed in high school.

but all these problems are definitely fixable. so imma do it ASAP