Here, you can explore MIT, learn how to apply, plan a visit, read the blogs, or get help from our staff.

By doing so, we hope you’ll learn more about MIT, but also about yourself.

MIT faculty and teaching staff are finding creative ways to teach hands-on, project-based classes remotely this semester. For 2.75, Precision Machine Design, students were sent a kit of "mechanical gizmos" to assemble their own heart rate monitors at home. 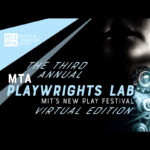 The MTA Playwrights Lab is a virtual festival of staged readings featuring the work of MIT students taking 21M.785, Playwrights' Workshop. Watch a few snippets from this year's plays! 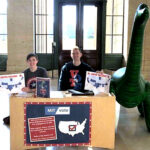 With guidance and support from MIT's PKG Center for Public Service, the student-led group, MITvote, is working both virtually and across campus to help increase voter registration.

Browse 6,163 more posts in the archives, pick one at random, or subscribe via RSS.

Latest from the community

I Dropped a Class Shayna ' 23 goes over their process for dropping a class.

Danny and Allan return! Alum bloggers Danny and Allan G. '20 wrote about their creative streaks that span from the LEGO days to MIT. They were also adorable toddlers.

Pretend it’s not 2020 The Mayans thought 2012 would be the end of days but instead it gave us (MIT) Gangnam Style.

Dear Class of 2024 A message from the MIT Undergraduate Association

A Message from Chocolate City

Boy With Luv on Zoom MIT Syncopasian does a Zoom performance of Boy With Luv.

@mitmemers Run entirely by students with the best spicy quarantine and STEM-related content on tiktok.

ISA Welcomes the class of 2024 Class of 2024, we know your CPW experience has been different, but we really hope to meet you next semester!

#dontrushchallenge The Baddies of the BWA show their beauty and brains!

ASKING MIT FEMALES WHY THEY CHOSE STEM The ladies of MIT talk us through their MIT paths.

KJ’s Day Off Follow KJ as he takes you through his day without classes.