Behind The Drones by Chris Peterson SM '13

the making of the pi day drone delivery video

So now, a few weeks and a lot of press coverage later, I figured I’d blog about how and why we did it.

According to my inbox, which is as complete a record as anything else of offbeat communications ideas we toss around the office, we first began talking about this basic idea in December 2013, right around the time Amazon announced Prime Air.

As most of you probably know, we have long sent our admitted students their decision letters in tubes, a practice that dates back to when the they contained/protected posters and has outlasted that particular media form. Since 2011 or so, the first email that all admitted students receive from the office instructs them to keep an eye out for “delivery owls,” a fairly obvious nod to Hedwig et al from Harry Potter. A few years ago, Matt and I spent a solid summer afternoon trying to figure out if anyone had actually trained owls to do this yet (no), and whether carrier pigeons could do the same (also no, they’re actually super lame and hardly can carry anything at all, seriously carrier pigeons are The Worst).

Anyway: when Amazon released this video, we figured there might be a chance. The blogger email thread escalated quickly until/as we figured out that this kind of thing wasn’t possible. Be that as it may, Matt and Kris and I kept sending each other news clippings about drone delivery ideas and startups and vaporware and such. And so we finally decided that, well, if we couldn’t actually deliver tubes by drone (yet), then we might as well imagine what it would be like if we could. So, last fall, we got in a room with former blogger/current producer of the MIT+K12 Videos Elizabeth Choe and current sophomore Loren Sherman to figure out how to do it. At that meeting, we figured out a basic storyline (Stu gives tube to drone, drones start delivering tubes all over the place), and then we just started…making a video.

Spoiler alert: most of the video is computer-generated (we’ll get to that). However, we knew that at least some of the video needed to be shot on actual campus with actual drones and actual tubes. So, last October 5th, Loren and I met up on campus with my uncle Andy and my cousin Noah. Last year Andy and Noah founded DronePros, a company that uses both land and airborne cameras to create compelling videos. You may have seen their video A Dog’s Snow Day, which went viral earlier this winter during one of Boston’s record-breaking snowstorms. They also filmed my brothers wakeboarding in New Hampshire last summer during a family vacation, and this awesome video of whale watches off the coast of Boston last August that is so beautiful and soothing I’m going to embed it right here:

Noah was going to be on campus for MIT’s SAT test prep classes anyway, so he and Andy just came by a bit early so we could quickly shoot some drone footage. We set up in the loading dock beneath the Stata Center and started fooling around with a drone and a video camera.

It mostly went OK. On our final shot – the one where the drone flies out from beneath the Stata Center into the open air past a sign that says “CAUTION: VEHICLE EXITING” – a sudden gust of wind blew the quadcopter into the side of the building, but neither Stata nor the drone suffered lasting damage.

Loren walked around campus getting some b-roll footage of campus to use as the background later. We waited to film Stu until February, when we came in before committee one morning to record him marching around the tunnels with tube in hand (note: he’s very good at this).

Almost all of the magic of this video arose in the editing/production process, and 100% of it was conjured by Loren, who I have come to suspect is an actual wizard. Loren applied to MIT while I was in grad school, so I didn’t read his application, but after he was admitted one of my friends sent me the digital arts portfolio he’d included as a supplement:

Most applicants to MIT are drawn by our famous STEM program, but Loren was primarily interested in Comparative Media Studies, which is where I earned my graduate degree. During his freshman orientation, Loren and I met up to talk about CMS, and I introduced him to Scot Osterweil, Creative Director of the MIT Education Arcade and creator of the famous Zoombinis puzzle and logic computer games that my brothers and I played as children. Since enrolling at MIT, Loren has declared his major as 21E, a joint major where students combine a field of study in the humanities (in Loren’s case, Comparative Media Studies) with engineering (in Loren’s case, Computer Science). A number of my students in Credit for Reddit this spring have declared 21E, most of them between CMS/CS, because it allows them to integrate a strong technical training of an MIT engineering education with the breadth of scope offered by our humanities courses, which is sort of the best of all possible worlds. 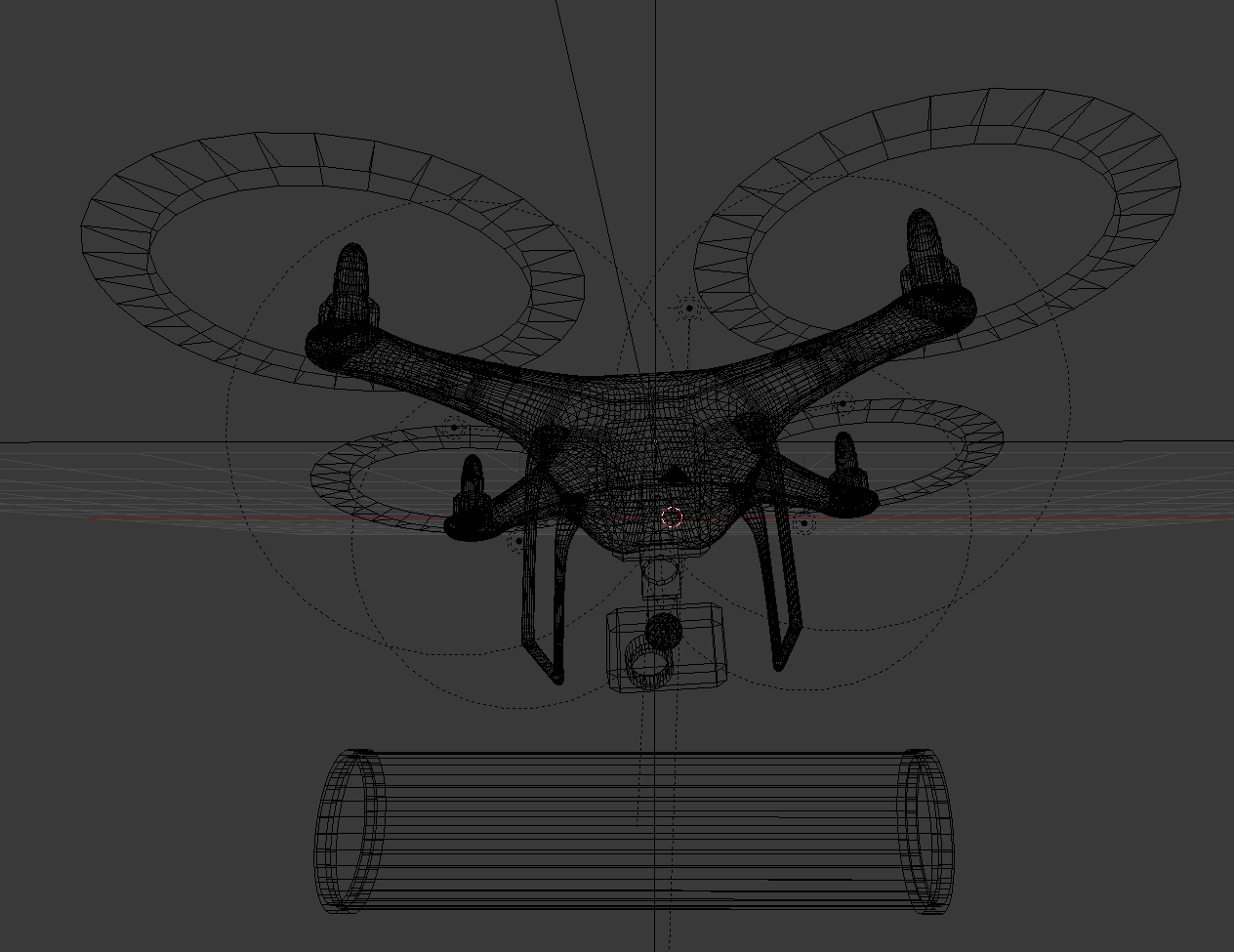 In the final weeks before Pi Day, Loren, Elizabeth, and I started spending weekends in the NMC together, recutting, retiming, and ordering spicy wings from Punjabi Grill. 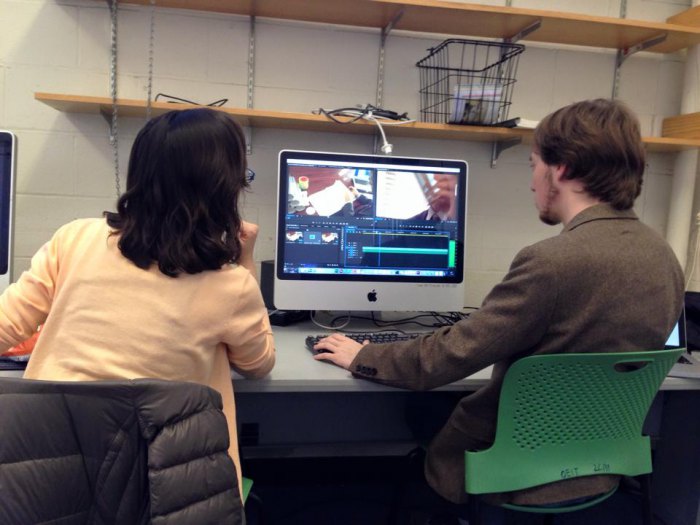 We finished the final cut on March 5th and let the video fly free like so many tube-carrying drones on March 6th, a week and a day before Pi Day. Some say they’re still out there, buzzing around, even today…and that perhaps the Class of 2019 hasn’t yet seen the last of them.