In late May, I wrapped up my second semester at MIT and moved back home—back to Iowa.

June was spent in a transitory state. Slowly packing up my things, deciding what I wanted to keep and what I wanted to throw away, helping out around the house. We were doing a lot of renovations in hopes of selling it later this year, which included repainting the doors, the cabinets, the walls, reinstalling hinges and handles…

I watched as my childhood home transformed before my eyes, shedding its former dark oak paneling with each stroke of my paintbrush and becoming something more modern, more suited to whatever homeowners are looking for these days. Adapting.

I grew up in that house, but sometimes it feels like I didn’t. I moved to Minnesota the moment elementary school ended and spent the rest of my schooling in the Twin Cities area. Iowa became a distant memory as I talked to my old friends less and less until our friendships became nothing more than liking the occasional picture on Instagram. Minneapolis and St. Paul turned into my stomping grounds, where I had my most formative experiences. Eating Sweet Martha’s cookies at the state fair. Studying at Caribou after school. Crying in my friend’s car after a party as they drove in circles around my house so we’d have more time to talk.

And then I graduated, and I went back to a house in Iowa that had barely changed since I left it, and my old friends seemed far beyond my reach.

I think I was very lonely that summer.

One year later, I was back, but this time I wasn’t the only one who had gone through changes—while I was at college, my mother had started the renovation process, installing a skylight, replacing the countertops, switching the curtains… I returned to a house that wasn’t a carbon copy of the childhood home that existed in my mind. And I was grateful for that. I felt like I had evolved too much for my environment to stagnate with an old version of myself.

Painting is a tedious task. I started listening to podcasts to combat that.

I don’t really remember how I stumbled upon Wolf 359. I think I saw one of my high school classmates blog about it at some point, so when Spotify recommended it to me, I shrugged and thought, Sure, why not.

There are certain things that come into your life at just the right time and tell you exactly what you need to hear. For me, Wolf 359 was one of those things.

My memories of the podcast coalesce with my memories of the Iowa house. I think of watering the backyard and suddenly I’m remembering how Kepler recruited Jacobi to the SI-5. I walk past the side of the house and I’m thinking about Lovelace’s crew. I go in through the front door and I’m listening to the first episode again, passively interested and not yet captivated by the plot.

What made Wolf 359 so special for me was that it felt deeply personal. It was filled with little moments that made me perk up and go, “Hey, wait, that’s relevant to my life!” I loved the fact that all the characters were named after famous physicists and mathematicians—like Minkowski, Maxwell, and Fourier. Two characters went to MIT. And sometimes, when they were talking to each other, it felt like they were talking to me, too—telling me that I’m not just what I’m made. That I can grow.

I was so tired of moving. I still am. In the past year, I’ve moved six times. It’s familiar to me now, boxing up all my belongings and shoving clothes into suitcases, taking down decorations and personal items. It feels like I exist in a state of impermanence, with nowhere to really call home.

Right before we moved to Vancouver, I found myself yearning for stability more than ever—I wanted to settle down, form my chrysalis in one place so that I could really bloom.

You’d kind of expect turning 18 to be like turning into a butterfly, but I think I’m still a caterpillar. I’m a very tired caterpillar. I’ve got wings tucked inside me yearning to unfold, just waiting for the right moment. 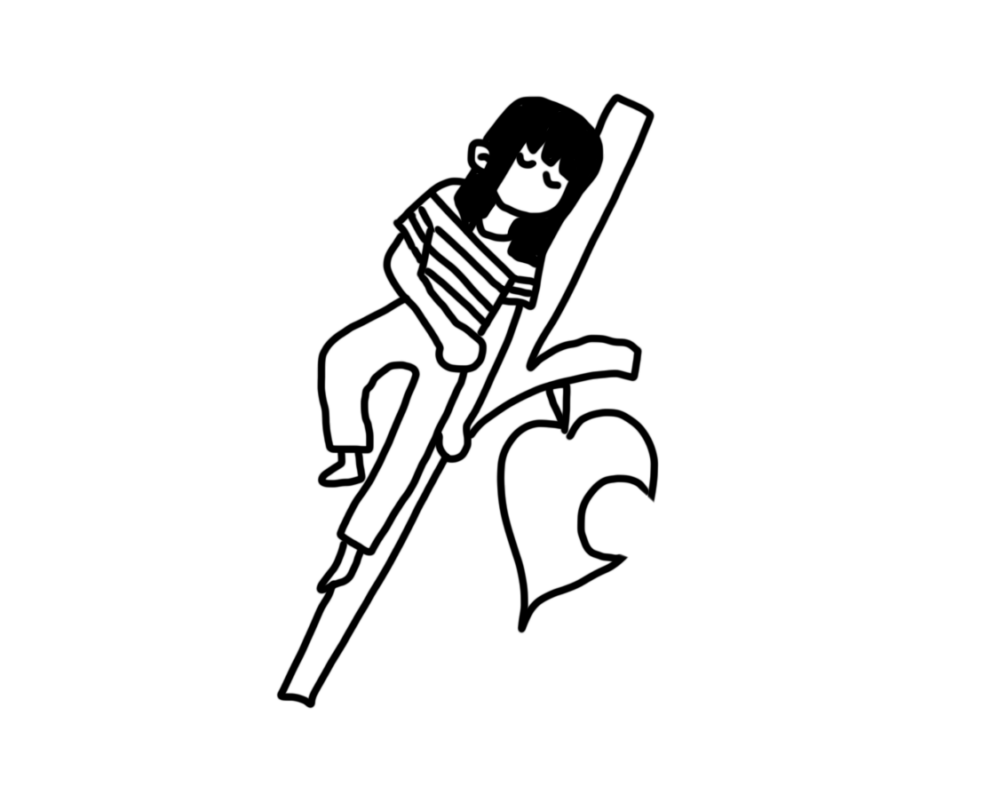 I discovered that my childhood best friend’s aunt and uncle were my neighbors.

“You should reach out to Emma, see if you can hang out,” my mom said.

I never did, though. I don’t know why. I should have. It would’ve been so easy–shooting her a DM on Instagram. The last time we talked was two years ago when we ended up coming out to each other.

I still remember her password for a virtual horse game that we used to be obsessed with. She was going on vacation and wanted me to take care of her horses for a while. How do you go from knowing these sorts of details about someone to not talking at all?

I opened Instagram. I looked at her profile. I started typing a message–and then I swiped out.

After Wolf 359, I started Greater Boston, a sort of surreal comedy podcast that takes place in an alternate Boston, where the death of one uptight man on a rollercoaster in Wonderland sets off a chain reaction.

Listening to it made me miss Boston even more—I look for traces of it everywhere, searching for things that remind me of my dorm, of campus.

I’ve been thinking a lot about haunted houses lately. Not just about the people that haunt them, but rather, the way houses can haunt them back. A house can love you or hate you, and when you leave, it lingers in your memories like a ghost. Maybe that’s why I hate moving so much. I don’t want to form any more ghosts.

Our homes haunt us, you know. The big lie about all those horror movies you love so much is that a ghost always haunts the people in the house. In real life, the house does all the haunting. 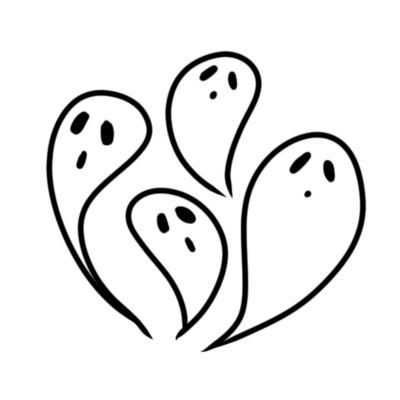 When finals season drew near last semester, my GRA decided to give us painted lady butterflies to raise.

I’d done this before, in second grade. I got a little cup taped to my desk and I would watch the fuzzy black caterpillar inside during class, eating and pooping, sometimes at the same time. It felt like deja vu to experience that again twelve years later, watching my caterpillar do its thing when I should’ve been paying attention to my Zoom classes.

The first time I released my butterfly friend, little eight year old me stared up at the sky, mesmerized, as it flew away. I missed it the second time. I guess I wasn’t ready to see it go.

Cats are notoriously resistant to change, and my cat definitely didn’t enjoy going to the airport. At security, TSA asked me to take her out of her carrier and hold her as I walked through the metal detector. I could feel her trembling in my arms, but she was so brave about it—she didn’t scratch or bite or try to run at all.

I think I need to channel that part of her—how well she adapted. It wasn’t easy. It’s never easy, but maybe I’ve been approaching it all wrong. Maybe this period of turbulence is just my final stretch as a caterpillar, looking through the garden for a good spot to set all my worries down and develop my true potential.

Eric Carle passed in May. I came across this note that he had written, though: 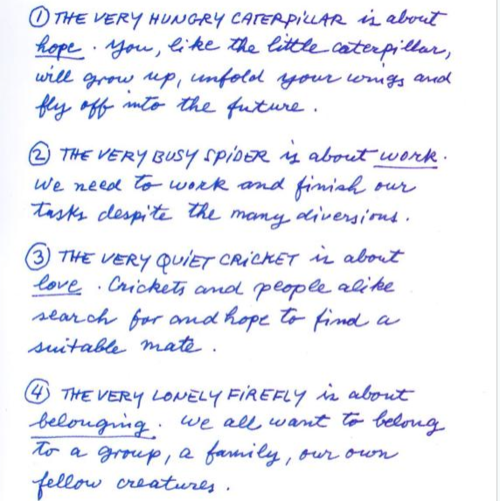 The Very Hungry Caterpillar is about hope. You, like the little caterpillar, will grow up, unfold your wings and fly off into the future.

It always comes back to hope.

Last summer, around this time, I submitted my blogger application. I wrote about something similar, too—life after a move, back to my childhood house. But I also wrote about cycles and circles, beginnings and endings.

cycles are inherently bittersweet. when you reach the end of a cycle, when you complete a circle, when you revisit somewhere you’ve been before: it carries a sense of achievement, of growth, of nostalgia. but there’s also the faint weight of knowing that this is it, i’m here now.

the thing about circles, though, is that they don’t really end once you complete them. i mean, that’s the whole point–they’re cyclic. things begin once things end. for the rest of my life to begin, my childhood had to end.

and maybe that’s why cycles are bittersweet. coming full circle means returning to one last point of familiarity, seeing the ghosts of your past selves and reliving your memories before you move on to the next great adventure, full of uncertainty. but that uncertainty is what makes life worth living.

In some ways, it feels like my life is a boomerang: Canada, Iowa, Minnesota, Iowa, back to Canada.

I’ve completed one more cycle. I think I’m ready to start the next one.