a prize for responsible, ethical disobedience

The Media Lab Disobedience Award seeks to highlight effective, responsible, ethical disobedience across disciplines (scientific research, civil rights, freedom of speech, human rights, and the freedom to innovate, for example). Disobedience Award objectives are to build awareness and support of disobedience-robust work being done around the world, and to promote role models for younger people. With this award, we will honor work that impacts society in positive ways, and is consistent with a set of key principles, including non-violence, creativity, courage, and responsibility for one’s actions. The award will go to a living person or group engaged in what we believe is extraordinary disobedience for the benefit of society. We’re seeking both expected and unexpected nominees.

Yesterday, the inaugural winners — scientists who exposed the poisoning of the waters of Flint, Michigan — were announced:

…the two winners we selected for this year’s Disobedience Award are people whose work reflects the hopes that led to the prize in the first place: Dr. Mona Hanna-Attisha and Professor Marc Edwards. Both are scientists who became activists, using rigorous research to investigate the concerns of citizens in Flint, Michigan to unravel a mystery that many in positions of power would have preferred to keep under wraps. Both faced harassment and ridicule for their work and risked academic sanctions for defying conventions of peer review as they sought to bring attention to Flint’s water crisis before more people were affected. Their work shows that science and scholarship are as powerful tools for social change as art and protest, and it challenges those of us in academia to use our powers for good.

Today, I’m attending Defiance, a conference organized around both the Award and the community interested in it. Speakers include prosecutors and parliamentarians, professors and pastors, and other figures who work with and against institutions that order society. You can watch the webcast here.

I’m probably not going to formally liveblog the talk, but I’ll link to one if it arises, and in the meantime, I’ll update the post below with pictures as appropriate, including art installations and speaker panels. 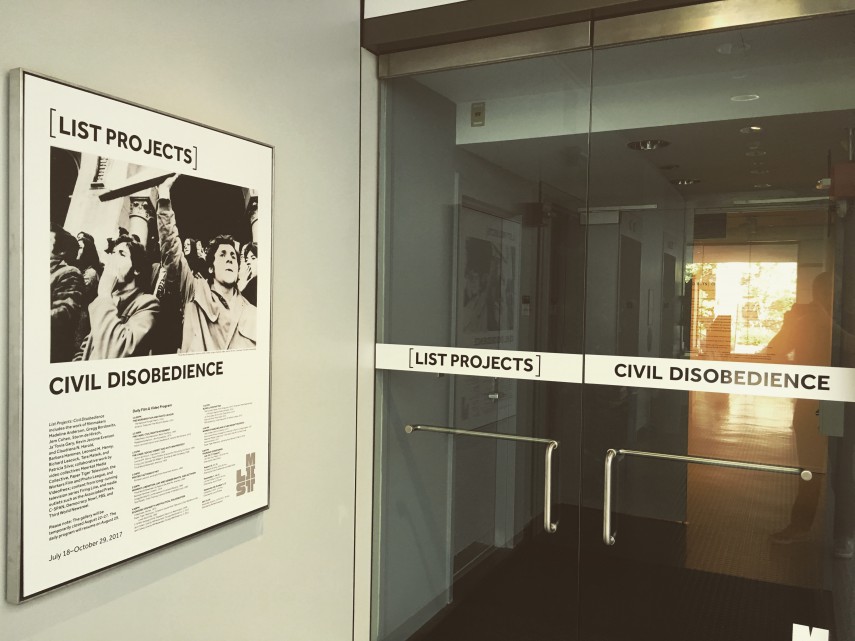 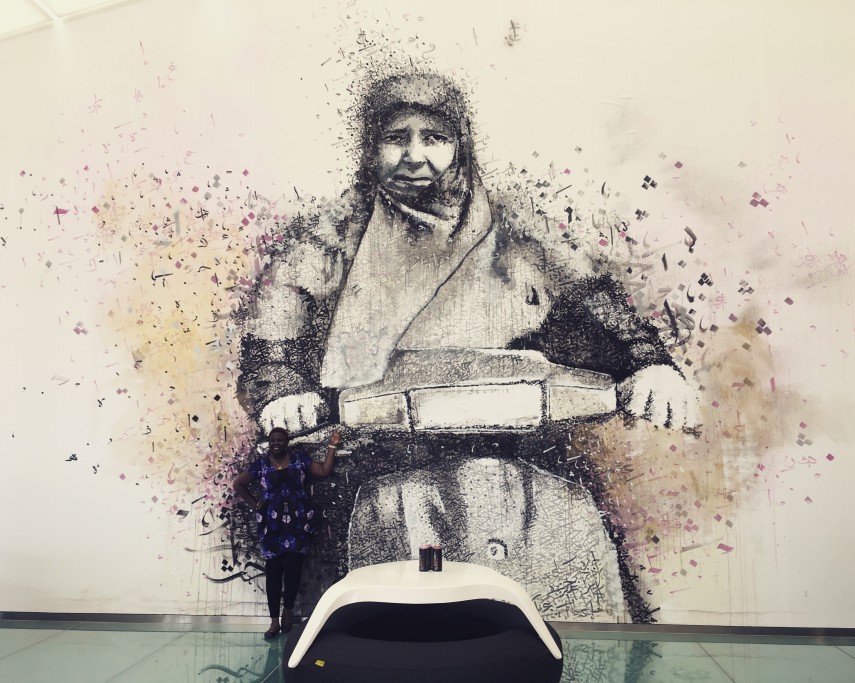 Massive mural in the 6th floor of the Media Lab 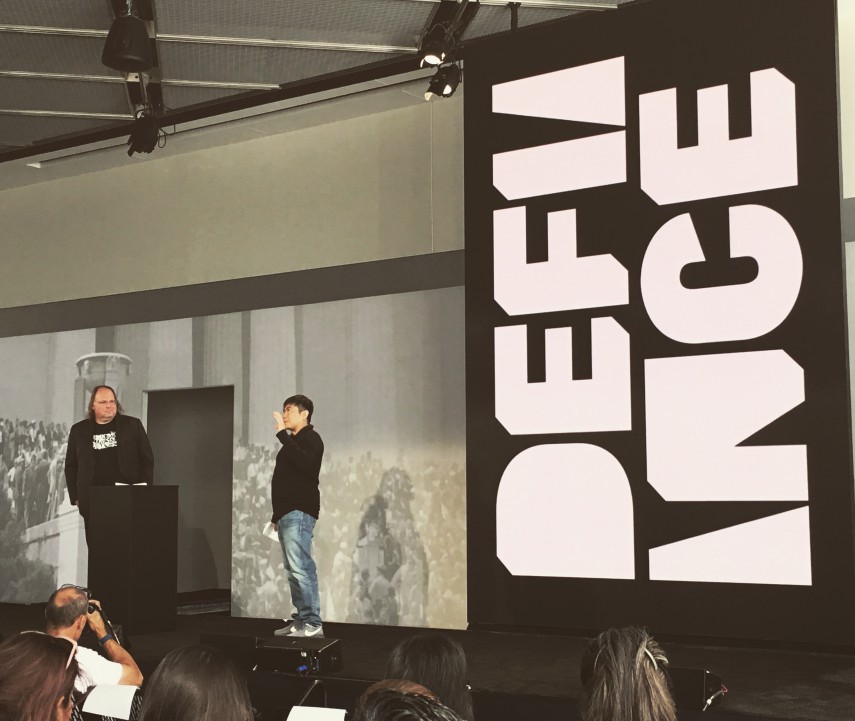 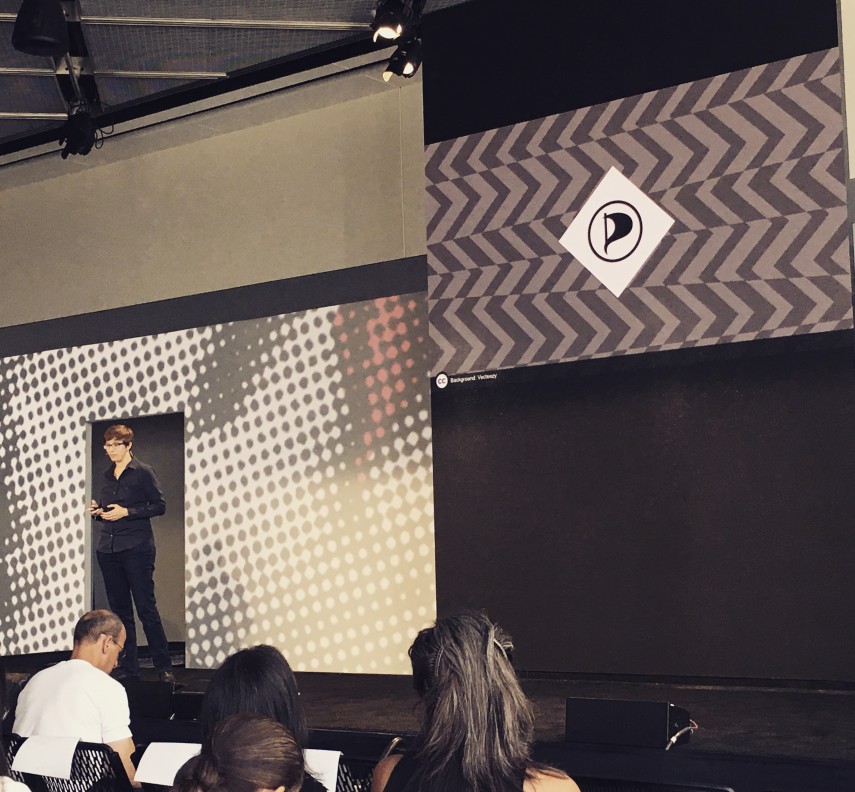 Julia Reda, a member of the EU parliament, talks about the Pirate Party she represents