Earlier this week I purchased a present for a friend. This friend loves wooden puzzles, and so I went with a wooden puzzle box: a box, itself a puzzle, which contains more puzzles.

It’s a nice looking box, but I felt like it needed something more.

So I walked down the street and went to danger!awesome.

danger!awesome is a laser engraving and cutting workshop in Central Square. It was founded by Ali Mohammed, PhD ’08, an instructor in the MIT Computer Science and Artificial Intelligence Laboratory, and Nadeem Mazen ’06, proprieter of digital design and consulting firm Serious Business LLC and MIT squash coach.

The premise of danger!awesome is simple: they will use lasers to burn anything into anything. As you can see on their showcase, this commonly includes engraving all manner of glass, metal, and wood. Of course, it is not necessarily limited to these materials, as you would know if you had ever seen OK Go’s “Last Leaf” music video, directed by Ali and Nadeem:

When I walked in to danger!awesome, here are the other people who were there:

Getting something engraved at danger!awesome is insanely simple. I walked in and told this dude Matt that I wanted some engravings done on a wooden box. I emailed him the images I wanted, and then for the text we found some good fonts, downloaded them to the computers which run the laser cutters, and typed in the text. Matt measured and centered the box, opened the cutter, popped the box, closed the lid, and the lasers started firing. When the smoke cleared (and there was a lot of smoke), I was left with this: 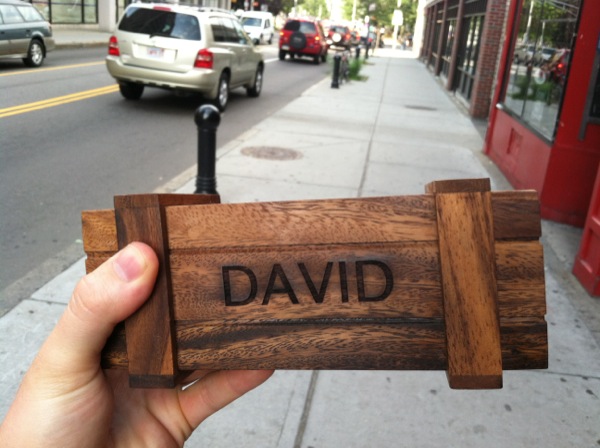 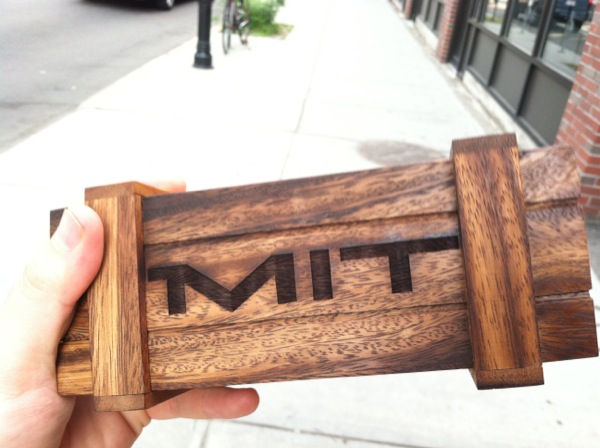 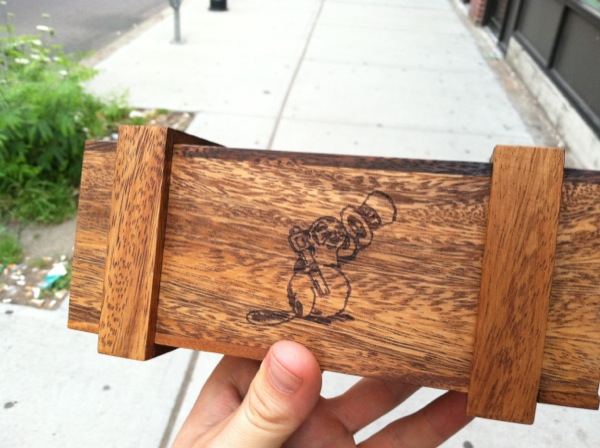 All it took was 20 minutes and $28 to make this a so much more dangerously awesome gift.