In Memory of Sean Collier by Chris Peterson SM '13

a memorial, to a member of our family

Today, MIT dedicated a memorial to Officer Sean Collier, who was killed in the line of duty by the Tsarnaev brothers on April 18th, 2013. Sean was a beloved campus police officer, a member of the MIT Outing Club, and part of the MIT family.

It is not the first memorial dedicated to Sean on campus. Last April, under cover of night, students installed Collier’s Cranes, a hack of thousands of paper cranes hung suspended inside the Stata Center by the entrance near where Sean was killed.

The memorial unveiled today is, however, the most permanent. Assembled out of 32 blocks of granite, carved from the New Hampshire quarries near which he loved to climb, this memorial to Sean will last as long as MIT does. Maybe it will last longer.

This is a very difficult subject for me to write about, so I am going to stop and let you read a description of the memorial written by Professor J. Meejin Yoon, Head of the Department of Architecture at MIT and lead architect of the Collier Memorial. I will close with this: when I ran the Boston Marathon last Monday for Team MR8 in memory of my friend Martin Richard, who was killed in the bombing two years ago, I also ran it for Sean. 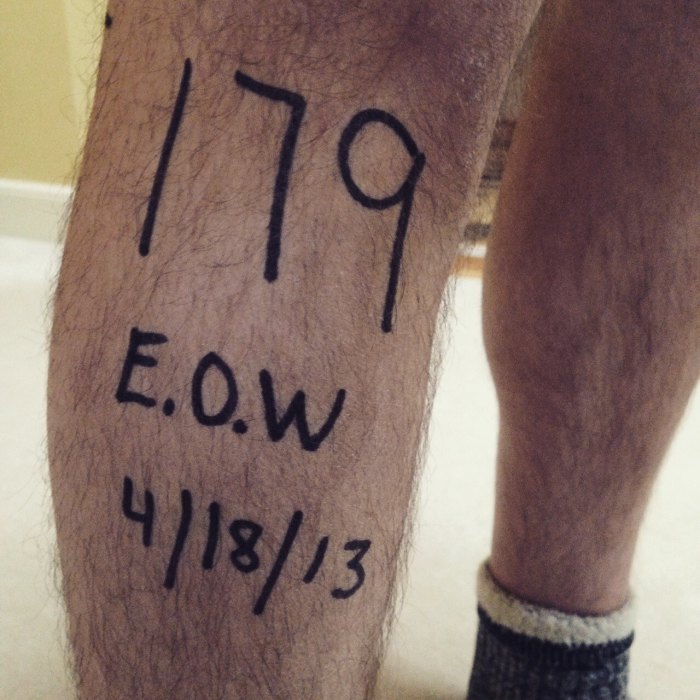 Situated on MIT’s campus where Officer Sean Collier was shot and killed on April 18, 2013, the Collier Memorial marks the site with a timeless structure—translating the phrase Collier Strong into a space of remembrance through a form that embodies the concept of strength through unity. The memorial is composed of 32 solid blocks of granite that form a five-way stone vault, each block supporting the other to create a central covered space for reflection. Inspired by the gesture of an open hand, the memorial’s five-way shallow stone vault is buttressed by five radial walls that extend outward to the campus. The ovoid space at the intersection of the extending walls creates a passage, a marker, and an aperture, reframing the site of tragic loss. 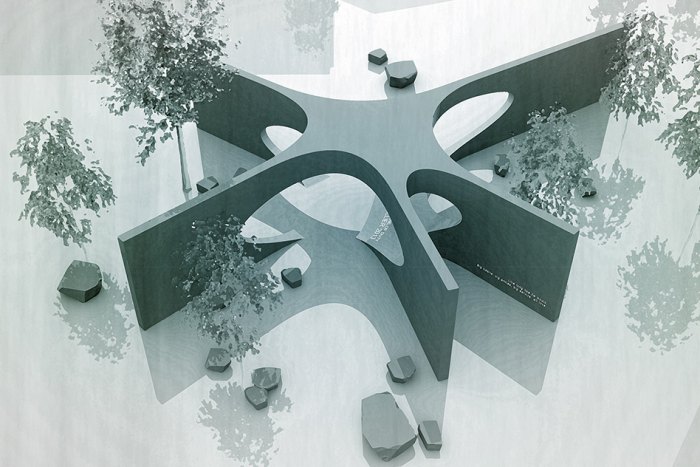 The intersection of the star-shaped extrusion and ovoid space creates a smooth curved surface that acts as a bevel marker under the vault with the inscription, In the line of duty, Sean Collier, April 18, 2013. The longest walls shelter the site from Vassar Street while the void creates an entry into the memorial. The two most acute walls point toward the specific location where Officer Collier was shot in the line of duty. Carved into the south-facing wall is an epitaph from Sean’s brother’s eulogy: Live long like he would. Big hearts, big smiles, big service, all love. Amidst the solid stone memorial are a cluster of honey locust trees that create a living canopy above the structure to mark the passage of time. In contrast, point lights set into the pavers permanently inscribe into the ground the constellation of stars in the sky the night of April 18, 2013. 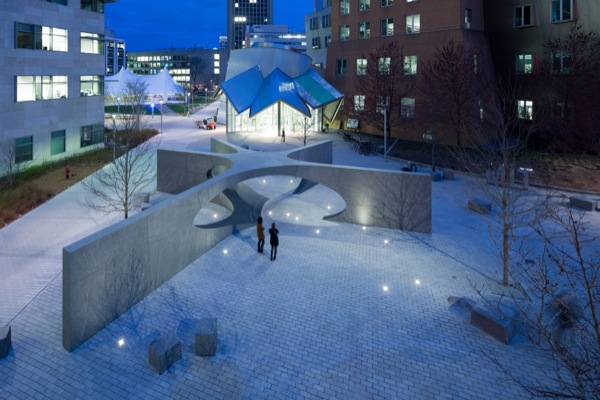 The design of the memorial combines age-old structural techniques for spanning masonry vaults with new digital fabrication and structural computation technologies to create an unprecedented form. The stone arch is among the most elemental of structural organizations, ordering materials in space and translating force into form. The design relies on the exact fit of the 32 stone blocks to transfer loads in pure compression from stone to stone. The shallowness of the massive stone vault overhead creates an effect of suspension and weightlessness, while the tapered geometry of the individual stone blocks that form the compression ring reveals the keystone geometry of the masonry arch.

The fabrication process involved the cutting of quarried blocks of stone, first with a single-axis robotic block saw, then with a multiple-axis KUKA 500 robot. The vault geometry necessitates a perfect fit between blocks, and the robotic milling process produced final stone pieces that are within a 0.5 millimeter tolerance. The massive stone blocks were then set by masons through an elaborate scaffolding sequence. The design showcases new digital fabrication methods, as well as traditional stone setting masonry techniques, celebrating both contemporary technology and timeless craft.

Methodologically, the design process for the Sean Collier Memorial involved a back-and-forth process between the construction of physical models (foam, wood, stone, and 3d-printed powder) and simulations with digital tools.

The vaulted design of the Sean Collier Memorial embodies structural principles in its material configuration and symbolizes generosity as service. This didactic visualization of forces is consistent with MIT’s ethos of openness and transparency, while the idea that all five walls are needed to achieve a stable form is symbolic of a community coalescing to commemorate a loss. 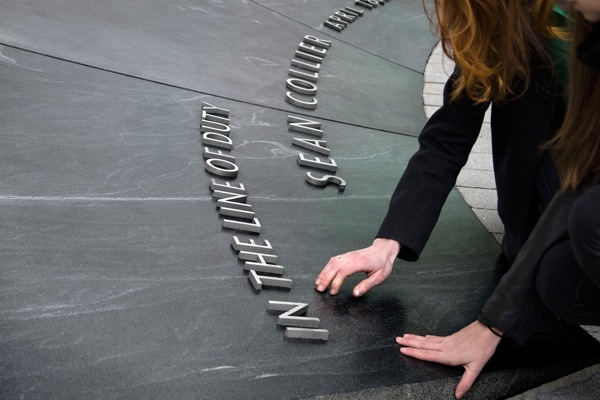 The permanent Collier Memorial will offer our community the opportunity to remember Officer Collier’s life and to honor his service as it reminds us of our values: openness in the face of threat, unity through diversity, and strength through community.

All images courtesy of MIT News