Since the MITAdmissions.org blogs began some six or so years ago we’ve always had open comments on every entry. These blogs aren’t only a place for admissions officers and current students to share their stories. It’s also a place for y’all to carry on a conversation with us and amongst yourselves.

In the past, the commenting system has been relatively simple. There’s a big open box at the bottom of each entry, with fields for name, email, your comment, and a captcha. It then populates the big long list of comments at the end of the blog. See, e.g., 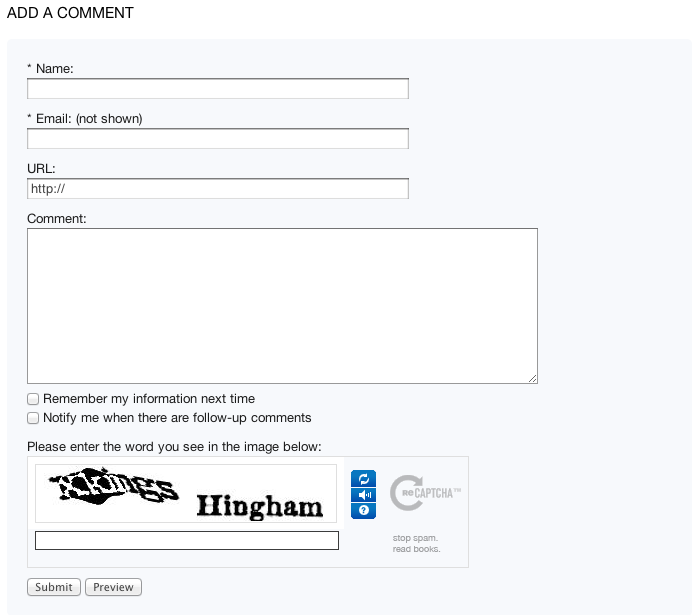 These comments are incredibly simple and clean. They’ve basically allowed people to append notes to each comment.

What they’re not terribly well equipped for is the sort of conversation we hope to foster on the blogs. The convention of @replies has entered our blogs by necessity. There is no “threading” of comments such that a distinct topic or idea can be pursued apart from the general hubbub of the comments. The comments, in other words, are exactly, and only, that: comments, not a conversation.

Lots of sites manage to do this, and to do it well. Probably the best known example is Slashdot, which has a robust commenting community. It allows users to tag each other’s comments, rank them, surface highly ranked posts, bury trolls, and so forth. Of course, we don’t use Slash, so we needed to come up with our own solution.

We thought about going with Facebook’s commenting system, but to me that seemed like a bad choice. It excludes not only those who don’t have a Facebook account, but also those who would prefer not to identify themselves via their Facebook account, and even those who might be comfortable identifying themselves here but don’t want everything posted on this page to be imported back into Facebook. These are all very real and important privacy concerns. We have a long tradition of hosting and protecting anonymous comments, and having the option for a fully anonymized system for those who preferred it was definitely a prerequisite for whichever solution we chose.

So we then approached an ExpressionEngine development company, hoping to invest in our own, custom-made comment system. We described all of the things we wanted, and all of the things we needed. They listened, conferred, and came back to us saying, “you know, basically 90% of what you want can be done out of the box with Disqus.”

Disqus is a commenting platform. Many large sites use their system to handle their comments. It has a bunch of sexy features. They have good support and employ MIT alumni. And, critically, they contain many of the community conversation tools we wanted while preserving the option of anonymous speech.

All blog entries before  this one will retain their comments made under the old system. This and future posts will have Disqus.

Give it a spin below! We want to make sure that everything is working great, especially with Pi Day coming up next week. We also want to make sure it is as clearly and intuitively navigable as our old site. Let me know what you think, what works and what doesn’t, and we’ll tweak things as they come, rapid prototyping in true MIT style.

Thanks for continuing the conversation.