now that finals are over, a few academic highlights ... and perhaps a few surprise hacks.

Oh how the months have passed- from fall season to finals season to flu season. Even our poor school representative, number man, has fallen ill; don’t let this be you. 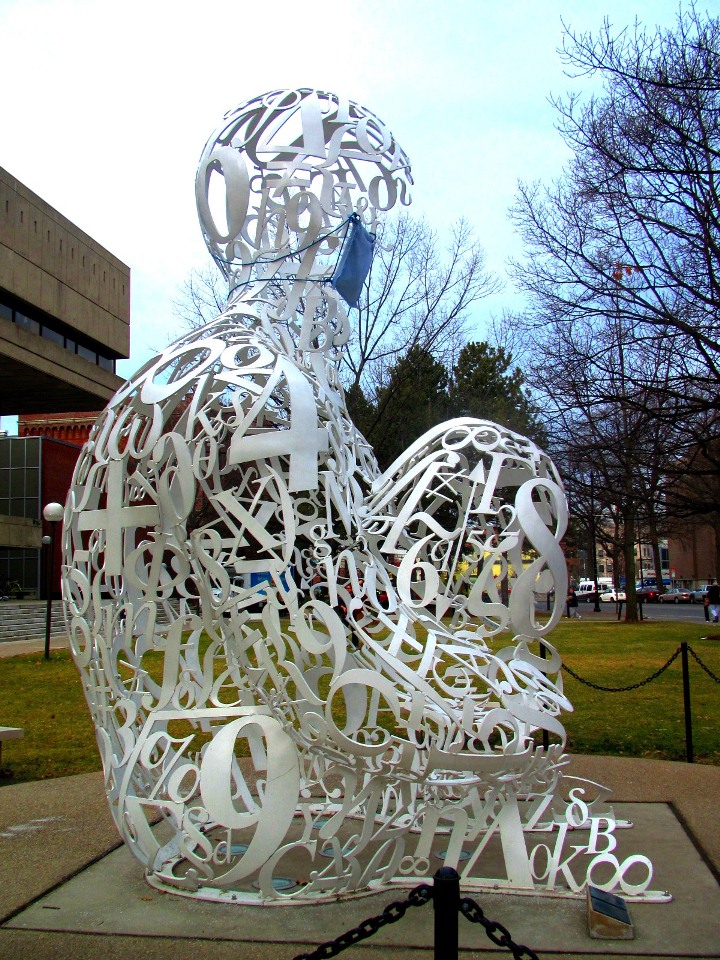 Why not? Because the unfortunate symptoms include:

IAP! If being relaxed and useless stresses you out, it’s never too late to check the IAP listings by today’s date and attend an impromptu event you didn’t have to register for. The dark matter lecture I found myself immersed in today definitely wasn’t in my schedule, but I walked out enlightened and luminous, which are qualities dark matter can never hope to possess.

This is an elaborate introduction to what I really want to mention, which are some of the memorable moments from GIR’s in fall semester. Congrats to all the new 17’s- sorry you have to take general institute requirements, but they’re really not so bad! For example, I took 5.111, which is (re)Introduction to Chemistry. The semester’s lectures were divided between two professors, both of whom I enjoyed. Once, every student armed with an alpha particle (ping pong ball) pelted a monolayer of Au nuclei (styrofoam ball contraption, behold below) at the front of the room in order for us to calculate the percent rebound, relating to the Rutherford model of the atom. You should have seen the way the ~300 person student body radiated alpha particles, watch out. 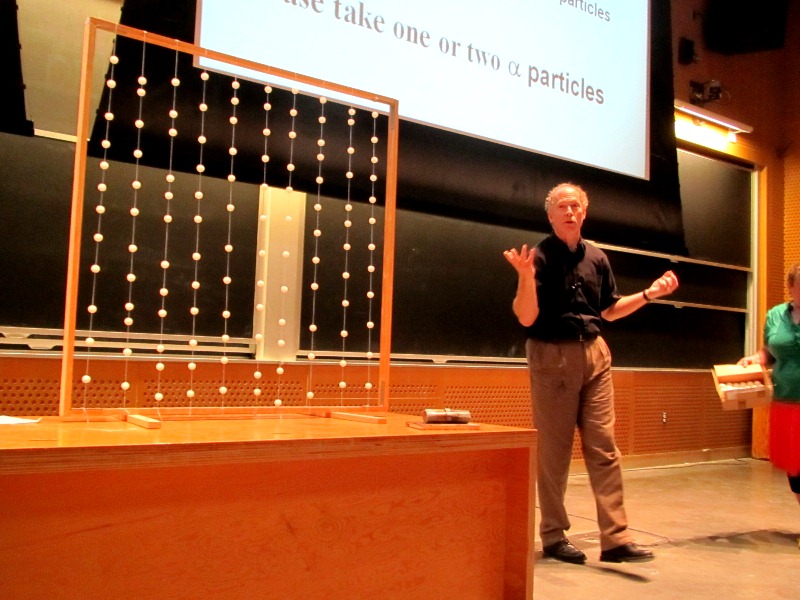 Another time, we were given spectral glasses that refracted light into– WHOA EVERYTHING IS RAINBOW AND SHINY 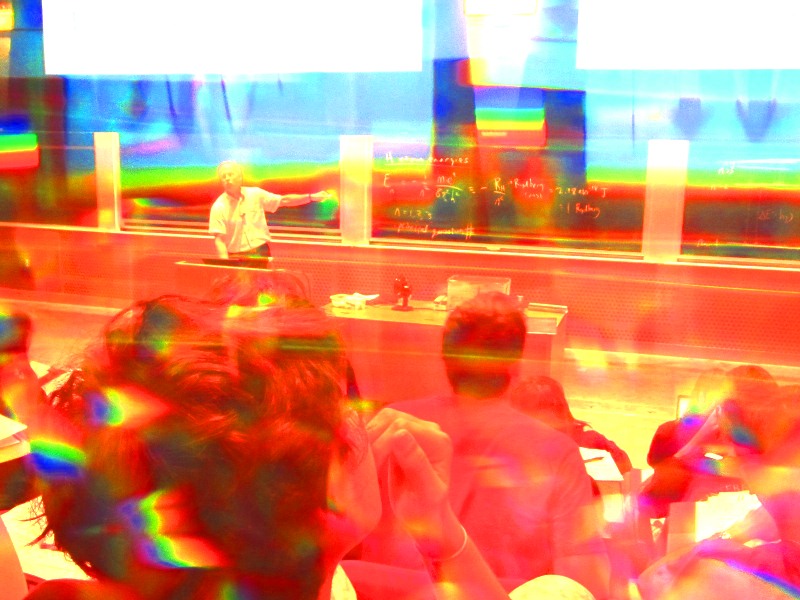 Meanwhile in18.02 (Multivariable Calculus), several student hackers said farewell to our “sketchy-proofed, flappy-armed” (and completeley loveable and entertaining) professor with a question for him on the screen. 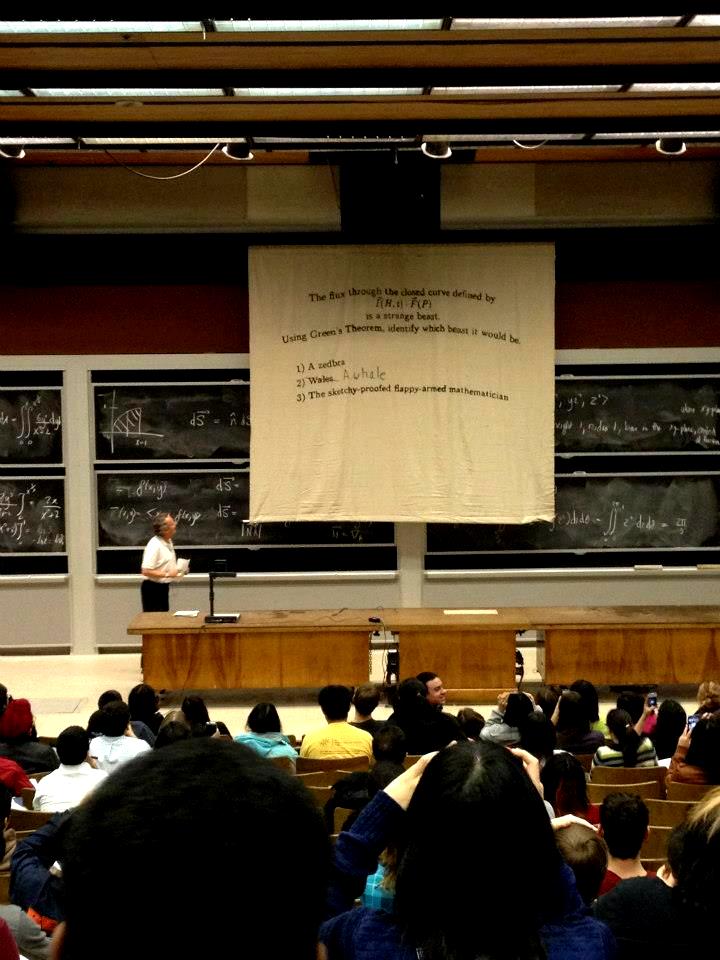 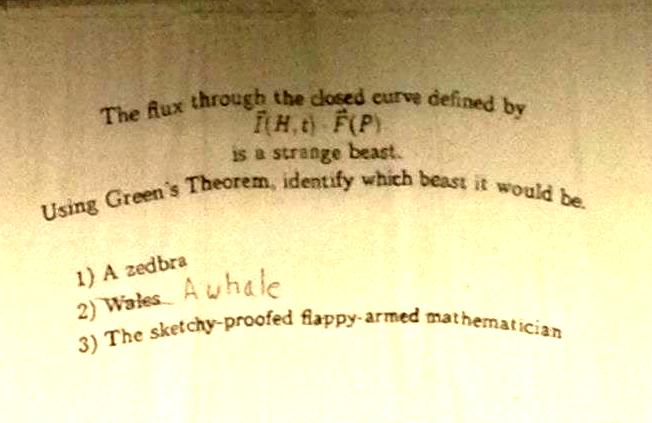 I’m continuing 8.01L (Longer Physics) into IAP; it’s been a great introductory class since I don’t come from a strong physics background. (Read: none.) I was also a member of Terrascope, and even though we completed Mission 2016 remarkably well through the chaos, I learned that I personally don’t perform too well when I’m not passionate about the research topic. However, I had tons Hubble-barns of fun in my HASS class, 4.301 (Introduction to Visual Arts), especially during the final performance piece: 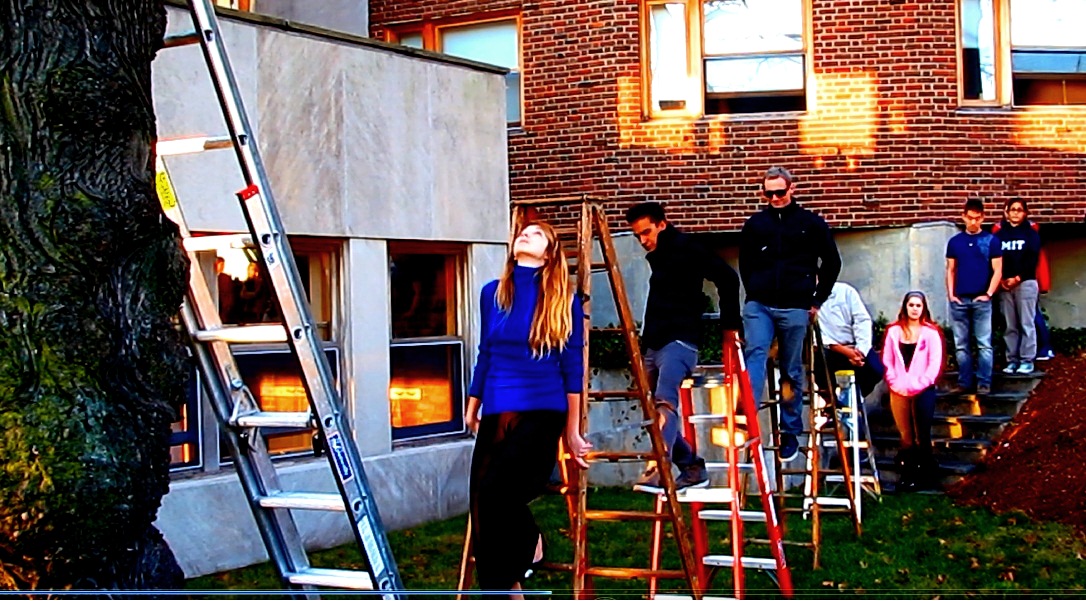 All in all, this was an unforgettable start to my life at MIT. I reflected upon the amusing memories as I gallivanted down the Charles, looking at our shining Institvte across the frozen waters (and thought, oooo this is Ice in state Ih, one it’s 15 possible states, which I learned from 5.111). Yep, the unaesthetic scaffolding on the big dome is still up, which totally aids climbing it, not like that’s legal or on anybody’s checklist or anything. 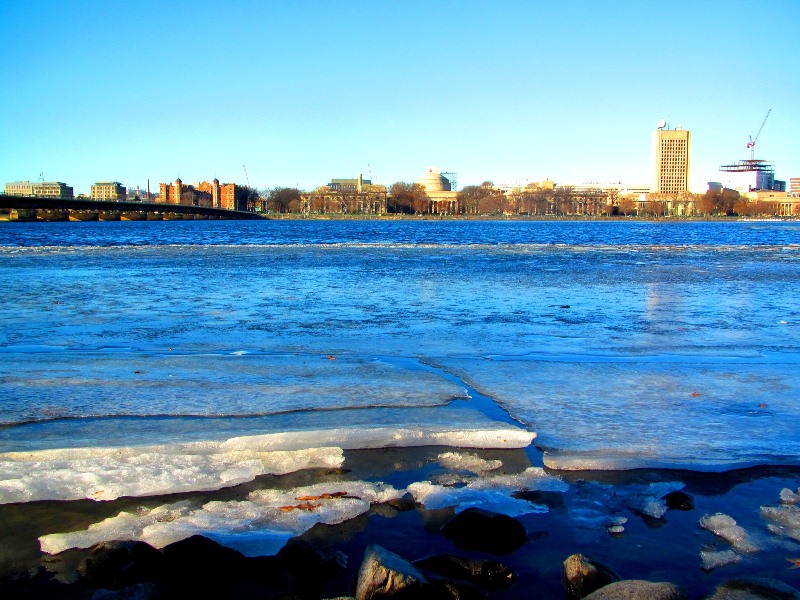 What’s that on the scaffolding? Is it an anthropomorphic pie chart? 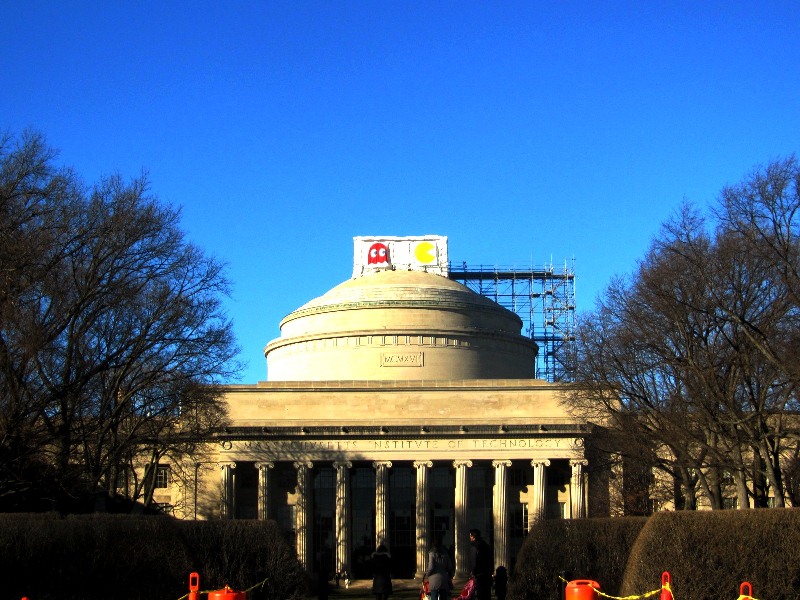 It’s the first hack of 2013! A great way to start, after last year’s concluding one on December 17, in which Lobby 7 was decorated with a Mayan calendar and a dragon. This is because Mit’s finals week coincidentally ended on the same day as the “end of the world.” Quite fitting. 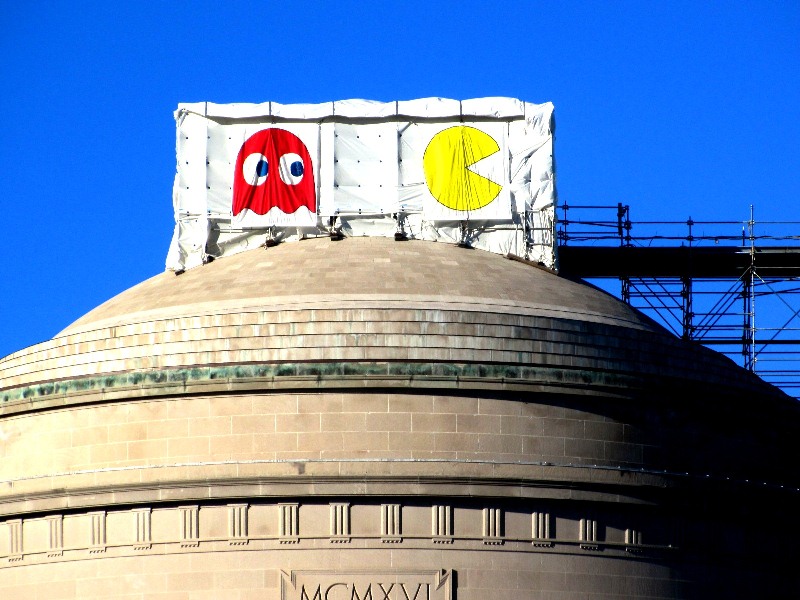 So thank you Pac-man, for teaching me unwavering dedication and unstoppable energy. Here’s to a great new year.