welcome to New York, everybody walks in New York

(The subtitle is from my unpatented and unholy mix of the songs “Walking in LA” by the Missing Persons and “Welcome to New York” by Taylor Swift, with which I have been annoying my family for almost a decade now.)

I spent the summer doing a software internship in New York. I lived alone and spent a lot of time with myself, and as others have mentioned, in classic MIT student tradition, I crammed a year’s worth of self reflection into three months. I thought about a lot of things I won’t go into here, but the big three are: I learned that I like software okay, I love New York, and I hate living alone. My friends have already heard me complain enough about how much I hate living alone,⁠01 The short version is, I really like having someone else in the house with me, even if we’re just sitting there not talking, because it makes the house feel alive. On my own, I feel dead and lifeless. so in this post I’ll keep it positive. 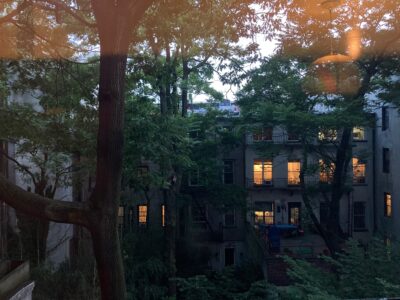 The view from my window at dusk. I like knowing all those glowing windows are people living their lives just like me.

I honestly didn’t expect to love New York as much as I did, even though the city is so hyped up. The reasons other people seemed to have for loving NYC, like its nightlife and its theater scene, weren’t things that particularly appealed to me. And although I’ve actually expanded my horizons and enjoyed both of those this summer, it turns out that there are other, quieter day-to-day reasons I love living in New York. Mostly, it’s a city absolutely chock full of people, and I’ve realized I love people.

1. I love hearing people’s conversations. Before you @ me for eavesdropping, let me assure you, it is completely impossible to avoid this at New York’s level of density. And since I can’t avoid it, I might as well enjoy it. I love overhearing little snippets as people pass by me in the opposite direction, knowing that although what I heard is just a tiny unsolved mystery for me, for someone else it’s a complex and rich part of their life. Choice quotes include:

2. I love looking at people’s outfits. Man, I never thought Boston was boring until I saw what New Yorkers wear. People walk by in the absolute wildest shit and no one bats an eye. But even beyond the truly weird, I just like seeing what average people are wearing. With so many more people walking by all the time, I started to notice fashion in a way I never did before. I can tell you that in July in the Lower East Side, asymmetric tank tops with thick straps were really in, but in August, asymmetric tank tops with thin straps started to take over. Crop tops that come to a point over the belly button only seem to be growing in popularity. And although I’m not certain, I think leg warmers might be making a comeback as August wanes into September. I love keeping a little tally in my mind, adjusting my predictions as I spot more outfits, and playing games with myself: would I wear that? What would I want to change?

3. I love seeing the wild things people carry around. 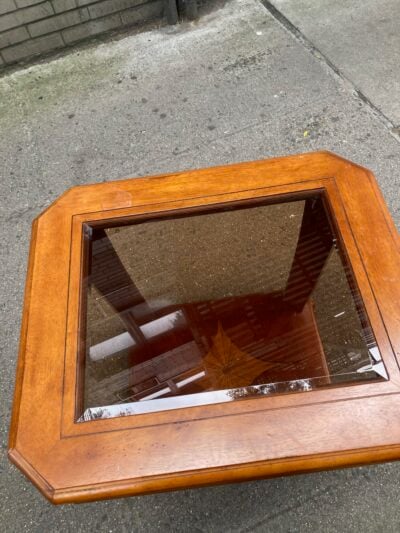 I found this on the street!

I lived near the NYU dorms and let me tell you, you see some crazy stuff. Lots of furniture, for sure (I snagged a beautiful end table off the street myself and I’m still very proud of it), but also a lot of giant — like, larger than human sized — art canvases. And four-foot-tall plants. And a dozen extra long pool noodles. What’s the story with those? I’ll never know, but it sure makes my day to know there is one.

One time, I was walking through a subway station behind a guy with one of said four-foot-tall plants. The plant had bright pink flowers at the top, but only a few. A mom and her child were walking in the other direction. The kid was maybe three or four and she stopped, totally transfixed, to stare at the flowers. I watched the man, without even saying anything, pluck off a flower, bend down, and hand it to the girl. It’s pretty hard to have a bad day after seeing that.

4. I love seeing people just enjoying their lives in public. Especially in the summer, people were out everywhere and all the time. Picnicking in the park with their friends or family, sitting around a patio table chatting with their food long finished, setting up a folding table in the tiny green space in front of their walk-ups and playing music together. People say New York is “the city that never sleeps”, and that’s definitely true,⁠02 I always felt safe walking home after midnight, because there were so many people still out chatting on restaurant and bar patios. but more than that, it feels like the city that’s always alive. I felt lonely many days this summer, but it was always the worst when I was inside my apartment. When I went outside, even though I was alone, I saw how happy everyone else was, and that lifted me up too.

5. I love feeling like I live in a community. New York has an amazing subway system, which I love, but more than that, it’s also very walkable. I don’t need the subway to get groceries, or go shopping, or even go somewhere really specific like a luggage store or a locksmith — all of these things were within a 15 minute walk of my house, and usually three or four different versions of each one. Besides being extremely freaking convenient, this creates such a sense of community, especially combined with my last point about people hanging out outside. More than once this summer, I stumbled onto a street festival while just out and about: once a huge one spanning ten blocks, and several times a tiny one, just one little block, a couple dozen chairs, and a band. When I would sit and read late into the night in the park next to my house (it was directly at the end of my block and just one of three within a 15 minute walk!), invariably someone would bring out a guitar and start playing a song. The Lower East Side felt like a place you could live, meet friends, start a community, call home.

I’m writing this blog as a break from packing up my apartment, and tomorrow morning I’ll load the car and drive back to Boston. I can’t wait to get back to the people and the campus that I love — I’ve been counting down the days. But at the same time, I’m really going to miss this other place I’ve grown to love and call home. A long time ago, in another world, I was musing on the fact that MIT had come to be home to me just as Toronto was, and I wrote “If you have two places where you are fully yourself, it doesn’t have to mean that you have two selves. But it does mean that your one self will feel pretty darn weird.” At the time, I never considered the possibility that the list wouldn’t stop at two. That maybe as you grow, you just rack up homes, places you keep inside little rooms in your heart to come back to. I don’t know where I’ll be this time next year or into the future. But I know New York will always be in my heart to come back to. 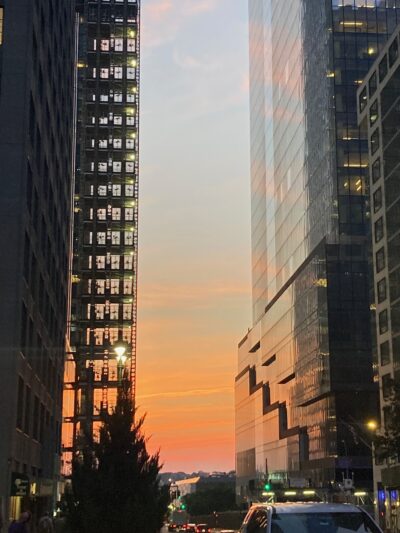