socially conscious hacking? in MY institution?

It’s more likely than you think!

To understand this hack, you need some background on recent happenings at MIT, so please bear with me:

An art installation went up recently on “Walker Lawn”, also known as the small strip of grass between Walker Memorial and Building 14. It was called Futurity Island: essentially, a very very tall honeycomb stack of hollow blue pipes, pointing at the Charles so that you could see the other bank through them. Nature sounds were played around them, with the idea that the pipes (a “symbol of the Anthropocene”) are drawing our attention to the animals and parts of nature whose voices are “silenced”.

Funnily enough, just a few hundred meters away, a renovation was being planned to Building 54 — a renovation sponsored by Shell, the oil company. This is even more ironic if you know that Building 54 is named the Green Building (yes, it’s named after a person, but still). What we students have long known as the Green Building auditorium, or occasionally 54-100 (one of just a few exceptions to MIT’s preference for numbers), will now be called the Shell Auditorium. 🤔

Some other students must, like me, have thought this was ironic, and worth pointing out — particularly since MIT’s choice of funding sources has been in the spotlight recently. But they didn’t just stop at bringing it up to all their friends like I did (maybe their bedtimes aren’t as early as mine). They planned a hack, and in my opinion, it was amazing — apt, perfectly-timed, and well executed. In fact, although I may be a little gullible, their sign is so well written that I thought the art installation was put up by a real institute committee!

I’ll let it speak for itself: 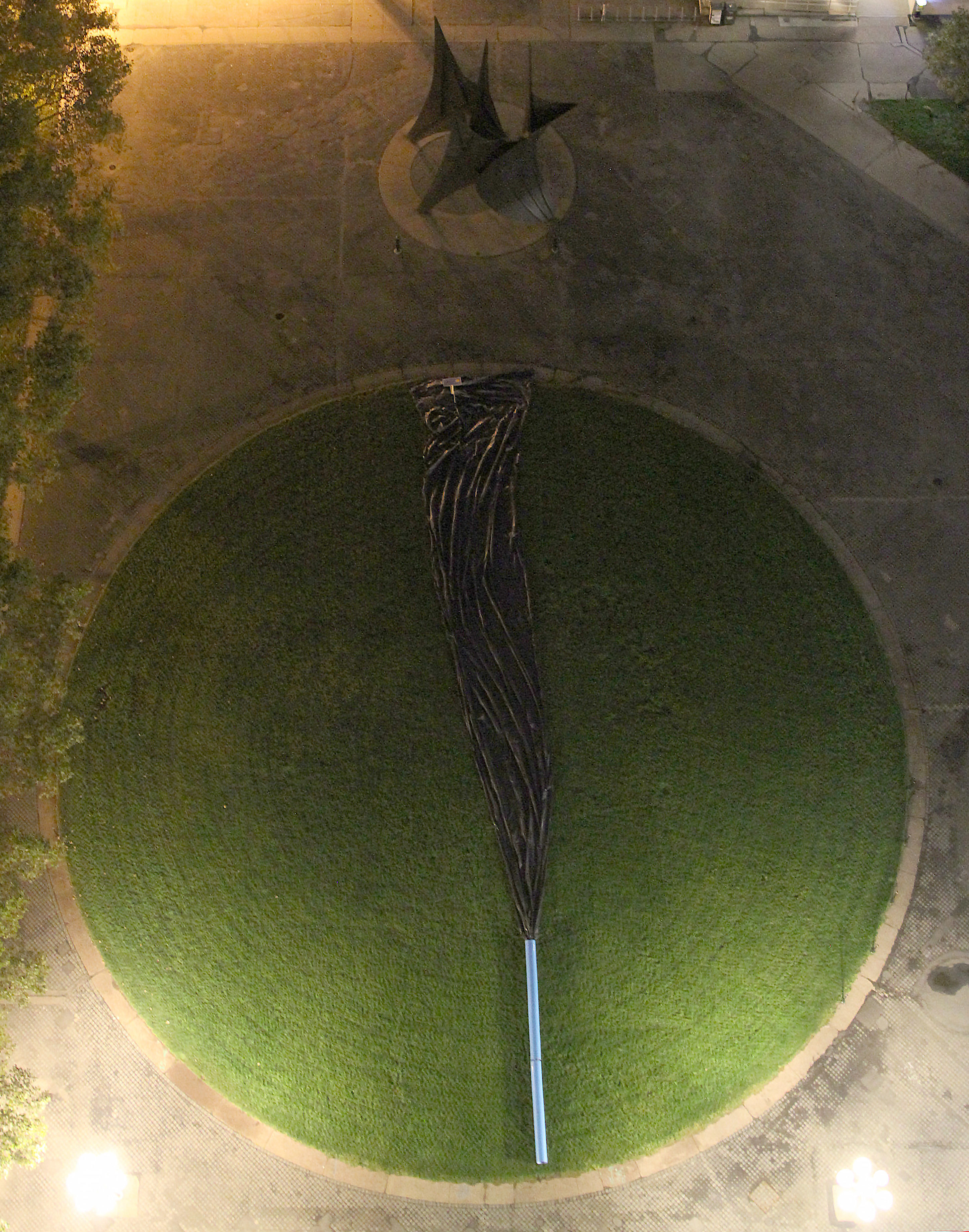 As seen from above 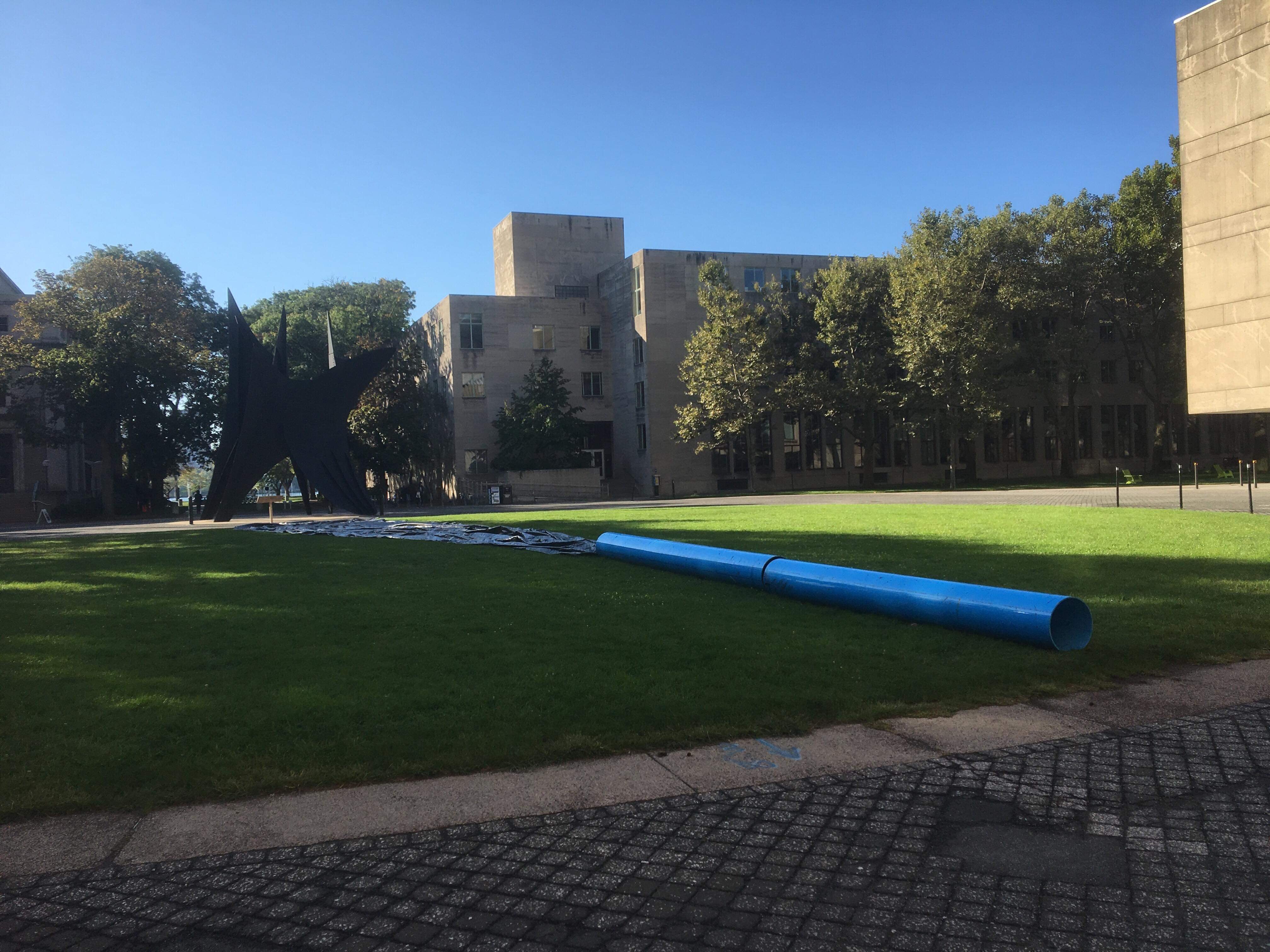 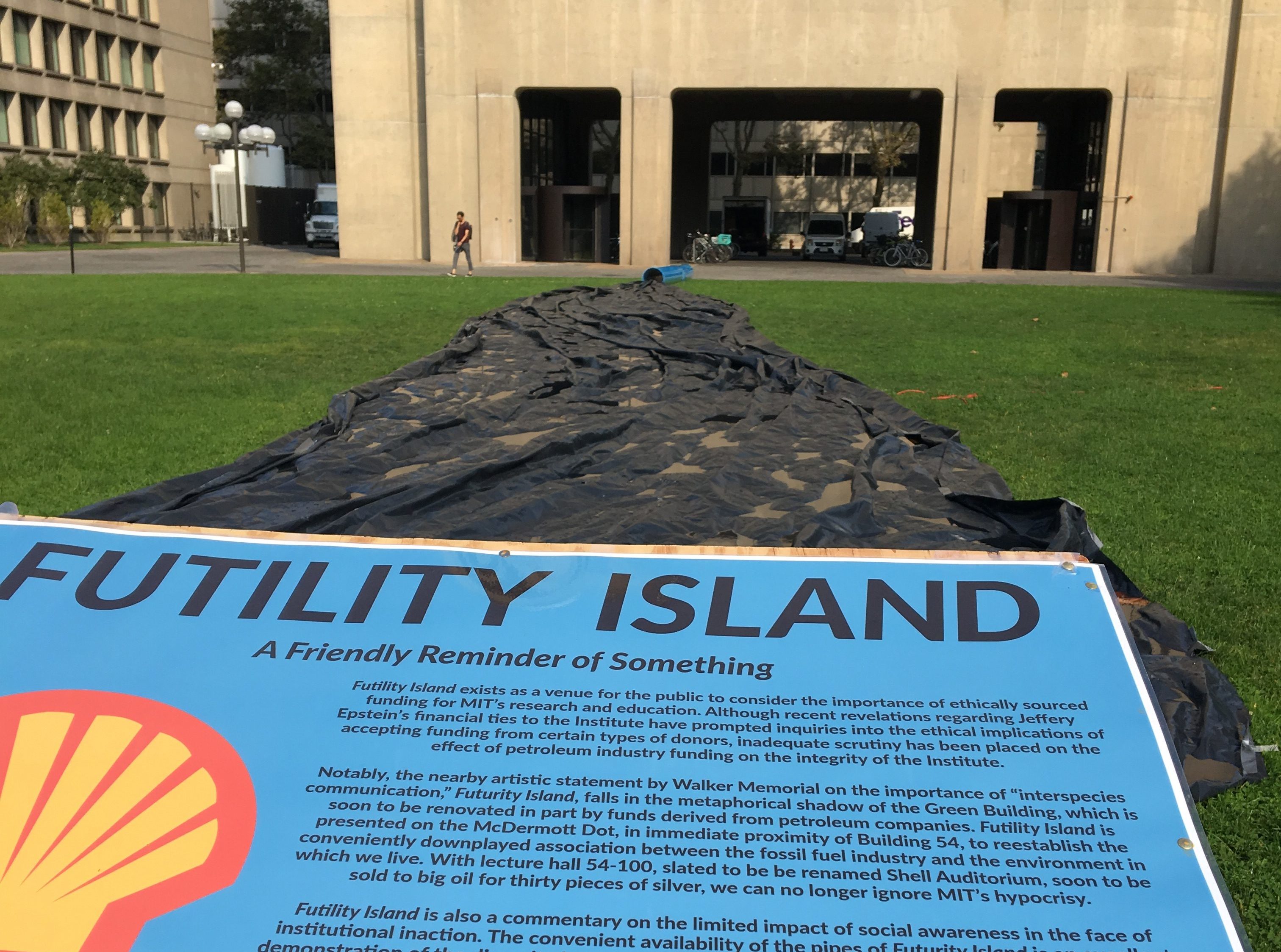 (I have a clearer picture of the sign if you scroll down.) 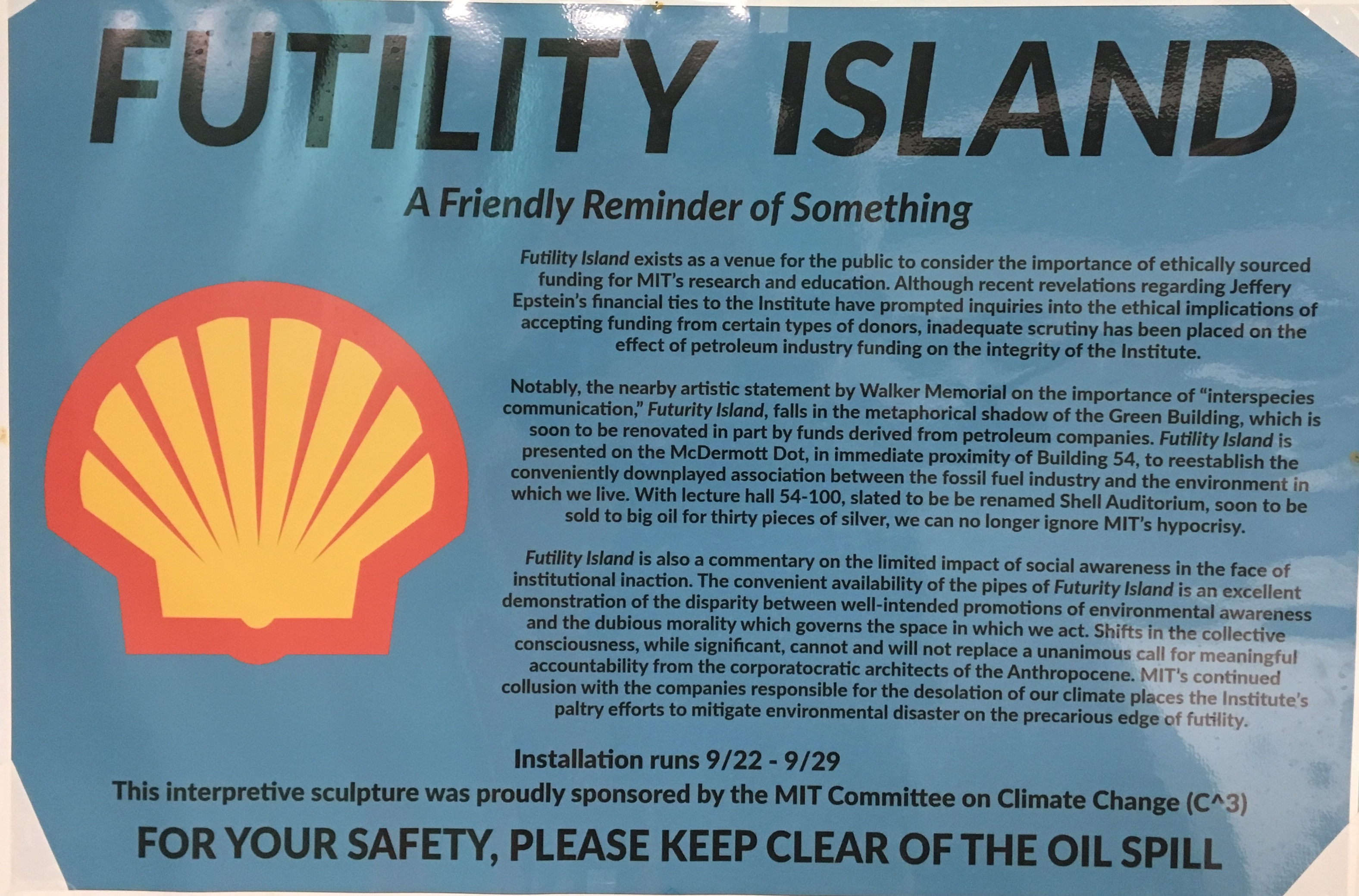