President Obama has proclaimed today National Day of Making, an opportunity to recognize and encourage a new generation of makers and manufacturers to share their talents and hone their skills. As part of the celebration, the President is hosting an inaugural White House Maker Faire, where more than 100 technically creative folks from all over the country will showcase things they’ve made.

A tremendous number of individuals and organizations have come together to support the National Day of Making through efforts, initiatives, and announcements, including: 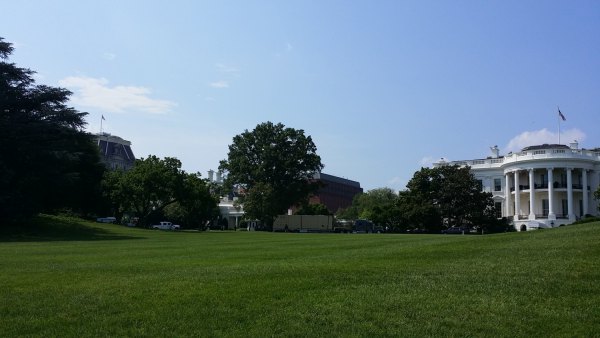 Among the various initiatives announced today is a joint letter to President Obama from more than 150 colleges describing how they support makers on their campuses. MIT’s contribution includes a letter from its President Rafael Reif enclosing a white paper coauthored by myself and my colleague Dawn Wendell, a Senior Lecturer in Course 2 (and former admissions officer / blogger).

The purpose of our report was to canvass everything MIT does to support makers on its campus, from the admissions process (like our Maker Portfolio which we offer through the great folks over at Slideroom), to the academic enterprise (with product based classes and cool research opportunities), to student life and culture (where students build unicycles in their dorms and hack all night).

One of the most fascinating things I discovered in the course of writing this paper was the incredible depth of making here at MIT. I learned that the MIT model was, from its inception, considered a radically new form of education, one which united practical facility with theoretical understanding. I learned that when William Barton Rogers founded MIT in order to help promote the ‘useful arts,’ the ‘arts’ is short for ‘artisanship,’ as in artisan, as in skilled craft. I learned that, as far back as 1919, MIT President Richard McLaurin told Technology Review something which rings as true today as it did then:

As part of our research, we surveyed all MIT undergraduates, asking them various questions about making at MIT. Of those who responded, 78% said MIT’s reputation for making made them more likely to enroll; 85% have taken or intend to take a class where they will be required to ‘make’ something for a final project or product; and 64% reported they made things in their dorms or independent living groups, in their bedrooms, lounges, and unused bike storage spaces. Undergraduates consistently credit a strong community and culture as one of the aspects of MIT that best supports their making. As one respondent put it, being “surrounded by people working on interesting projects makes me want to join the party. If you don’t know how to do something there’s usually someone around who can help.” Their responses and stories reaffirm that MIT’s culture of making is reproduced and reinforced by student traditions and activities that celebrate the value of creating beautiful, useful, ingenious and/or interesting things.

It is important to understand that the tradition of making now so fundamentally identified with MIT was not inevitable, but rather contingent, a consequence of many interlocking choices over time. MIT did not set out to invent this culture; rather, the institution and the culture emerged and evolved together. A sufficient number of students, their creative and technical inclinations reinforced by community rituals and enabled by a comparatively open academic and physical infrastructure, have, with their minds and hands, knit together a strong common culture that now both supports and drives their making moving forward. In this respect MIT intends for its future to be as bright as its past.

I’m proud to have helped support #NationOfMakers through this paper, and prouder still to work at an institution full of incredible people who so vigorously inspire and assist other people in their making. If, like me, you’re the sort of person who likes making things, and/or if you like people who make things, this is a pretty great place to be.