In mid-November, a UA Innovation⁠01 undergraduate committee planned, organized, and hosted an MIT-wide digital talent show. It was a huge success and a great means of bringing the community together via Zoom! The categories it included ranged from music and writing to comedy and, uh, culinary, which is a testament to the interesting possibilities digital events offer compared to in-person ones.

First years Favour Oladimeji, Megan Lim, Yiming Chen, and Haeri Kim spearheaded the entire process from its inception as a one-page project proposal to UA Innovation. It was originally intended to be an in-person event, but the committee decided that it was an achievable way to bring students together in a virtual setting, especially considering that it’s hard to bond with new people when your interaction is consigned to a closed Zoom room.

Over the span of a month, the committee reached out to as many people as possible, expanding the range of talent categories to include unconventional ones to attract different groups of students. According to the four first-years, the virtual nature of the event pushed them to be more creative. (wow! an upside of using Zoom?!) The submissions they received were pretty diverse, including sports like taekwondo as well as cooking and baking rather than the typical singing/dancing you tend you see in in-person shows. Given that there was only a week to submit entries, the number of participants the show got was pretty impressive. The committee mentioned that their next event would have a longer timeline so even more people can enter.

A lot of work went into organizing the show and ensuring things ran smoothly–I’m honestly super impressed by the committee. They held ‘dress rehearsals’ for performer introductions and live presentations in the two days before the event, as well as office hours for any lingering questions. They also did a great job of staying in touch with each performer via email and making sure that everyone was on the same page. Here’s the program for the show!

Since Yiming is currently living in China, the team had to schedule meeting times between 1 am and 4 am. They made it work, though–they told me that the event was an incredible bonding experience and one that made them feel more welcome to the MIT community. It’s hard for first-years in particular to meet new people, so the show was a wonderful means of connecting them to other students. It also helped the committee learn how to dormspam,⁠02 send emails to all the dorms reach out to people, and write engaging emails, so it was a great learning experience and something meaningful to put energy into.

For a wholesome touch, Yiming made some cute stickers that are being shipped out to all participants!! 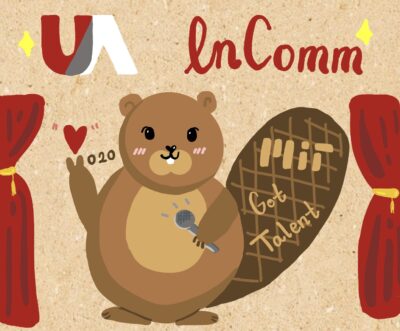 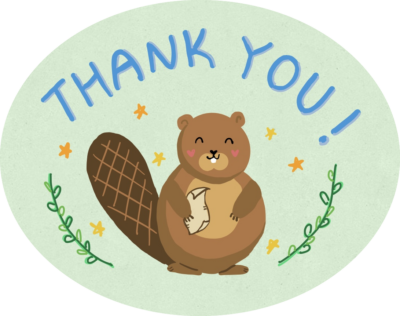 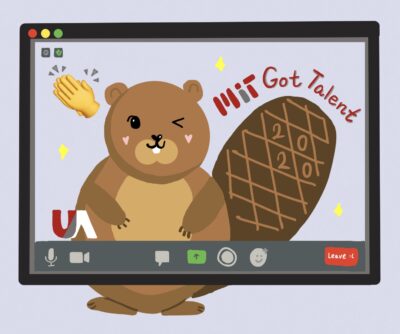 And also this dope banner:

While I didn’t attend the show (sophomore fall had me HOSED), I sent in a dance video and a performance video of my hip hop team, Mocha Moves. I know a lot of other performance teams sent in videos of their own, so the show was a nice opportunity to showcase our skills and attract new members in a way that being on campus would typically permit.

I’m so impressed by the committee’s passion and attention to detail. If I were a first-year this year, I’d probably flounder in the virtual environment and not have a clue how to reach out to people, so kudos to them for making the show a success. This may become a semesterly/annual event, so I’m excited to see how they iterate on this experience.

First-years, keep up the good work! Your enthusiasm in spite of this virtual semester is admirable, and I’m so excited for y’all to start your campus experience this February :)