And I didn't pay a cent.

The pre-Spring break week is always a nightmare; a friend summed it up nicely when he posted on Facebook today that “the differential in campus happiness between today and yesterday is the biggest i’ve ever seen.”

Why today?  Today is Friday: the most glorious day of the week.

I woke up at 8:30, sat in bed cooing at pictures of adorable baby zoo animals   and laughing at a bizarre article about the “craziest items seized by the TSA”  until 9, then walked into the kitchen and sat talking with friends for a while (THANK YOU TO XIAOYUE ’15 FOR MAKING US ALL BREAKFAST <3 YOU ARE A SUPERSTAR). At 9:30, I realized it was 9:30, and leapt up to get my act together. Showered, dressed, brushed teeth – booked it out the door at 9:50, and made it to Astrophysics at 10:03. Our exam started at 10:05. Whoops. At 10, my friend Eric had texted me saying “Annaaaaaaa”, presumably because he was worried that I’d fallen back asleep (a totally reasonable concern). So much for waking up well ahead of time.

I felt and continue to feel good about the exam. There was a calculation I didn’t quite have time for at the end, but I’m confident that my method and formulas were right, so…whatever.  At 11am, I emerged from the classroom with Eric; we walked and talked for a while, which was a nice transition from “AHHHHH, WORK!” mode into “ahhhh. break.” mode.

Now I’m back in French House, celebrating the beginning of my week off by (finally) blogging about a trip I took a month ago. Sorry for the delay – this sort of slipped through the narrative cracks.

In mid-February, I boarded a bus from MIT to the Museum of Modern Art in NYC. With me were ~25 other MIT students (undergraduates and grad students), Professor Lowell Lindgren of the MIT music department, and Sam Magee, who runs the program that brings us all together.

We are Arts Scholars.

We take MIT-funded excursions to plays, operas, concerts, museums, special exhibitions. We get special tours, have dinner with directors and performers and artists, and bring along MIT professors and experts to guide our experience.  We can take discounted (or free!) classes at the Student Art Association, that otherwise cost well over a hundred dollars.

My most recent adventure with the Arts Scholars was in the name of opera: Carmen Saturday evening at the MET in NYC, and Powder Her Face at the Brooklyn Academy of Music. Like any good visiting artsy group, our first stop upon arrival was a special exhibition at the MoMA: 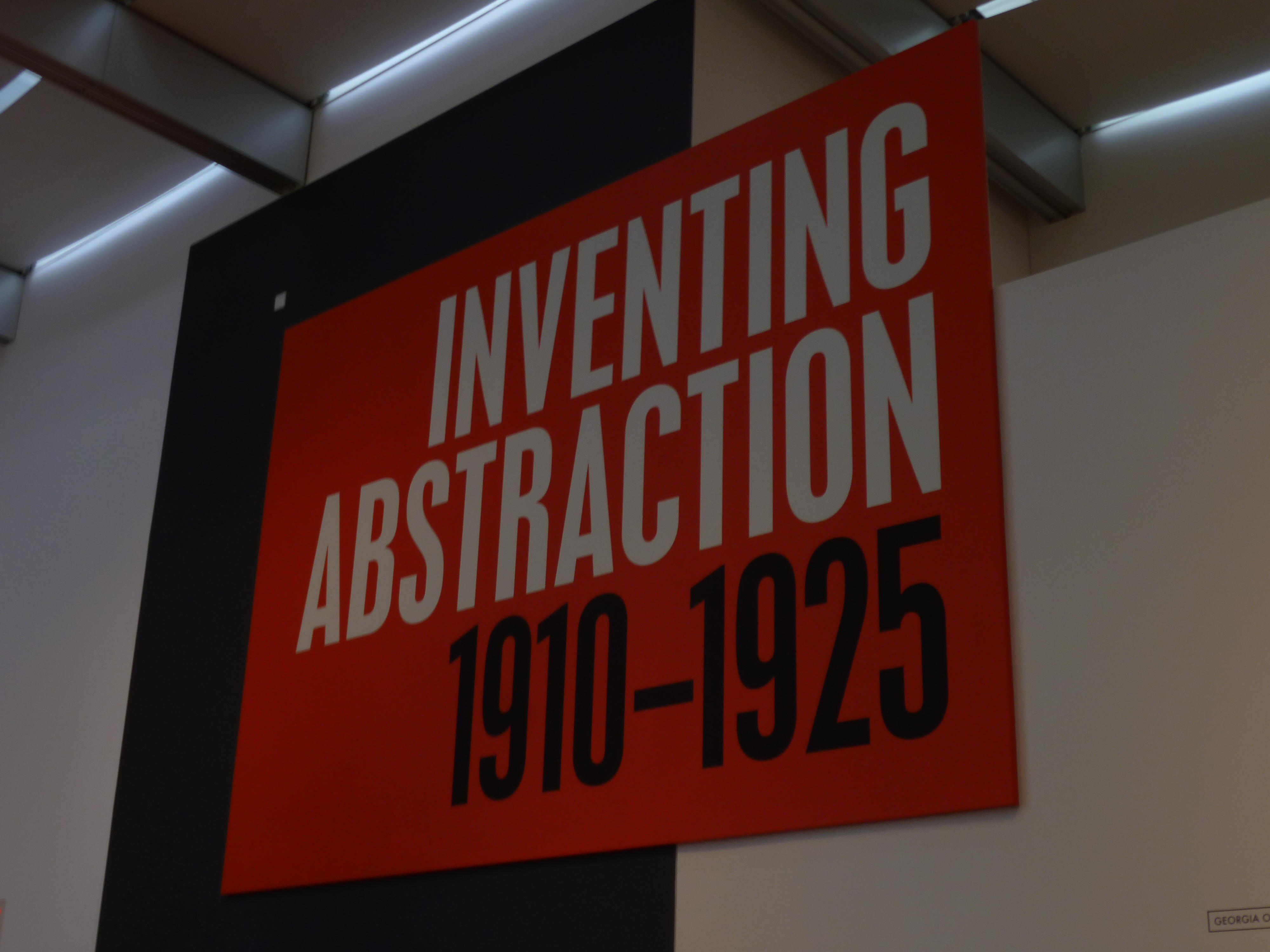 On the way in, Kandinsky tells the visitor what to think about. 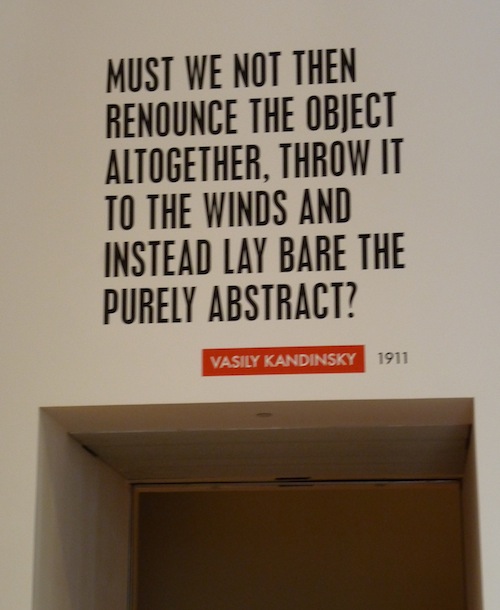 We took a tour of the exhibition, then had some time to ourselves. A few of us made a beeline for the Van Gogh and the Andy Warhol – 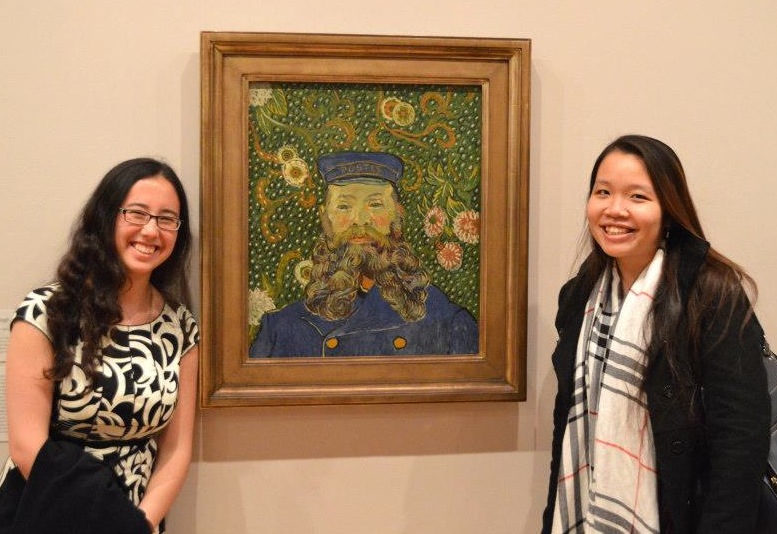 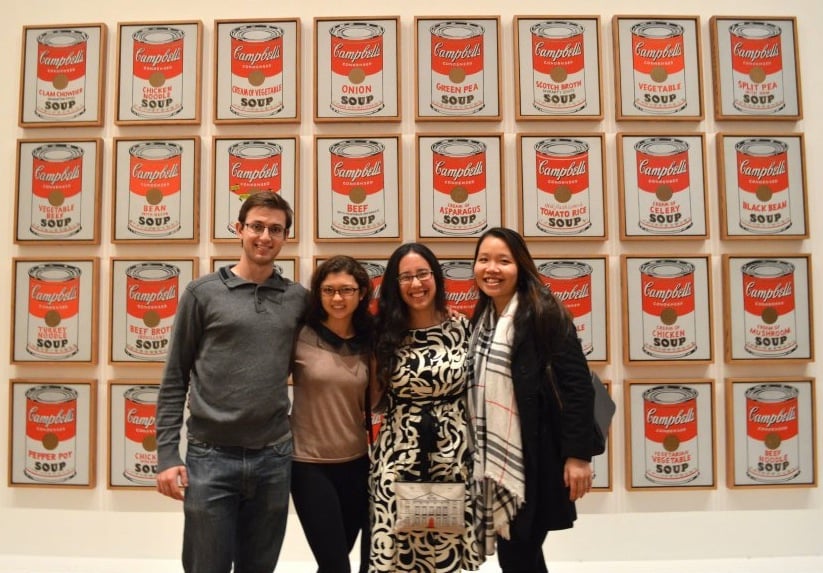 After the MoMA, we dropped our things off at the hotel and ate a SPECTACULAR Italian dinner. I was thrilled (and relieved) to see the tiramasu, because I was fading but still had a 3-hour opera to sit through. Some food pictures, courtesy of Linh V. ’13: 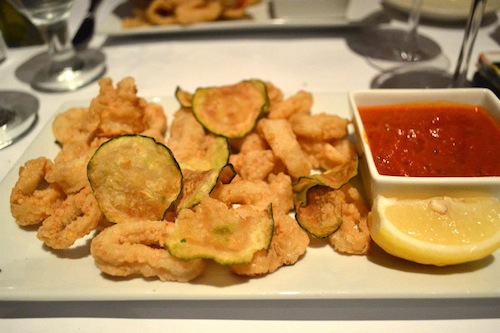 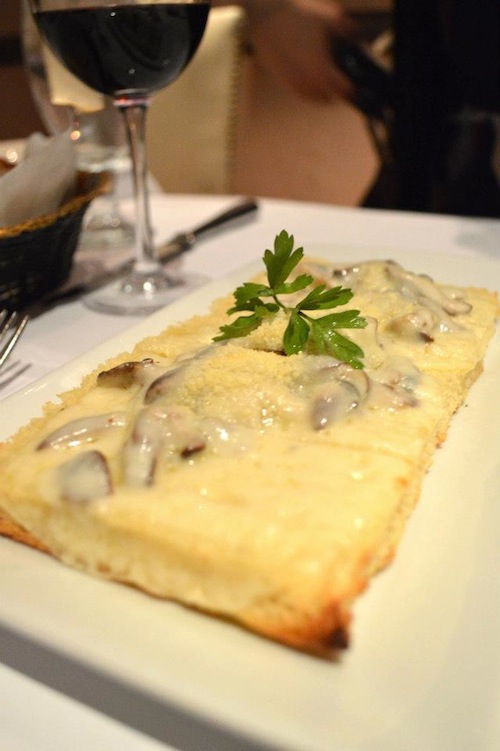 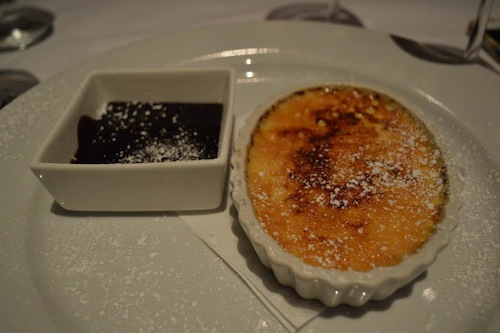 After dinner, we walked to the MET. I was nervous; I hadn’t seen an opera in about a decade. My last (only? not sure) opera experience was  in fifth or sixth grade; the London Symphony Orchestra had a Magic Flute family performance. I got to go onstage at the end, and play my trumpet with the orchestra. Ten years later, I prayed that I would be able to appreciate Carmen without the promise of joining the orchestra at the end.

There was nothing to worry about. Turns out that Carmen is one of the most accessible operas (The Arts Scholars went to see Wagner’s Ring Cycle last year, which I hear was less successful.) I walked around singing Toréador and Habanera for a week. Think hard before you decide to look them up; they will not leave your head for a long time. Duh-dum, dum, dum.

I was astonished that none of the singers had microphones. The MET is BIG – and the performers’ voices filled the space. It put to shame all the musicals I’ve been to, where voices are amplified, and belt out of speakers instead of the performer’s mouth.

I chatted with Professor Lindgren afterwards (he’s seen many, many Carmens, and I wanted some context) – he said that it was one of the better performances he’s seen. I feel very lucky.

Georges Bizet wrote Carmen in 1875; he died later that year, ignorant to its imminent success. 120 years later, a 24-year-old composer named Thomas Adès composed his first opera: Powder Her Face,about a 1950s sex scandal in England. We saw it at the BAM the morning after seeing Carmen.

The director was Jay Scheib, who also happens to be the Director of Theater Arts at MIT.

I enjoyed it a lot less than Carmen. Powder Her Face is also about a very bold, coquettish woman, but could really not be more different from Carmen, both in design and in performance. A couple of Arts Scholars actually skipped it, because of how risqué it was reported to be – and at one point there were over two dozen naked men wandering around and doing handstands on stage, to symbolize the duchess’ various affairs. In principle, I don’t have anything against putting two dozen naked men on stage, as long as it contributes to the production – but the scene dragged on way longer than was actually necessary to make its point. I decided not to use my binoculars.

That said, the opera got rave reviews all over the place (the New York Times, The Classical Review, Backstage, to name a few of many) so maybe I’m just unsophisticated and don’t know what I’m talking about.

Anyway, following Powder Her Face, we boarded the bus back to MIT. I spent the three-ish hours LaTeXing 8.04 (Quantum Physics I) lecture notes for MIT OpenCourseWare, and collapsed into bed the moment I got back to French House. The next day, there were no classes, which saved my butt – I hear that it’s not classy to pset through opera performances, so I was very behind. And the Arts Scholars are nothing if not classy. Until next time!