At MIT, there are two weeks between the last day of finals and commencement. The second of those two weeks is called Senior Week: the class council for the year’s graduating class buys a whole bunch of group tickets to activities like skydiving or a Red Sox game, and the rest of us lottery in for tickets. The website is here, in case you’re curious and want to see this year’s full event listing.

I only had two final exams this year (although a lot of my senior friends had ZERO finals…booooooooooooooo!!!) so I was done by Wednesday of finals week. That evening, I went with the Arts Scholars to see The Tempest at the American Repertory Theater (ART) in Cambridge. Teller of Penn & Teller (a famous magician duo) was one of the show’s co-directors, and went all out: Ariel (if you’re not familiar with The Tempest, Ariel is a little spirit bound to serve the main character, Prospero) was an incredible magician himself — and very good at card throwing. Large objects appeared out of nowhere, people were lifted into the air by invisible ropes or on invisible platforms (I still have no idea) and bodies contorted (mirrors?)

The next day, a few friends and I rented a car and drove the ~2 hours to Cape Cod. It was cold and rainy but we had a blast anyway — it was just nice to be off-campus and away from a computer so that I couldn’t sit in my room refreshing Stellar*. Here are some pictures:

*The Stellar website is where final grades appear. If you become an MIT student, you will probablylearn to obsessively refresh Stellar. 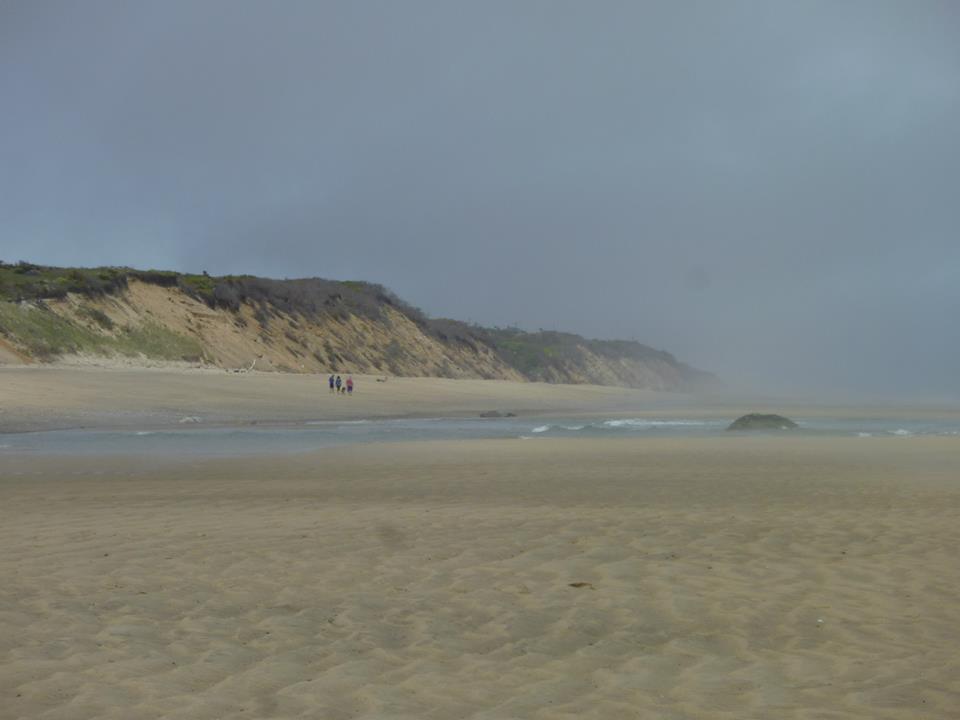 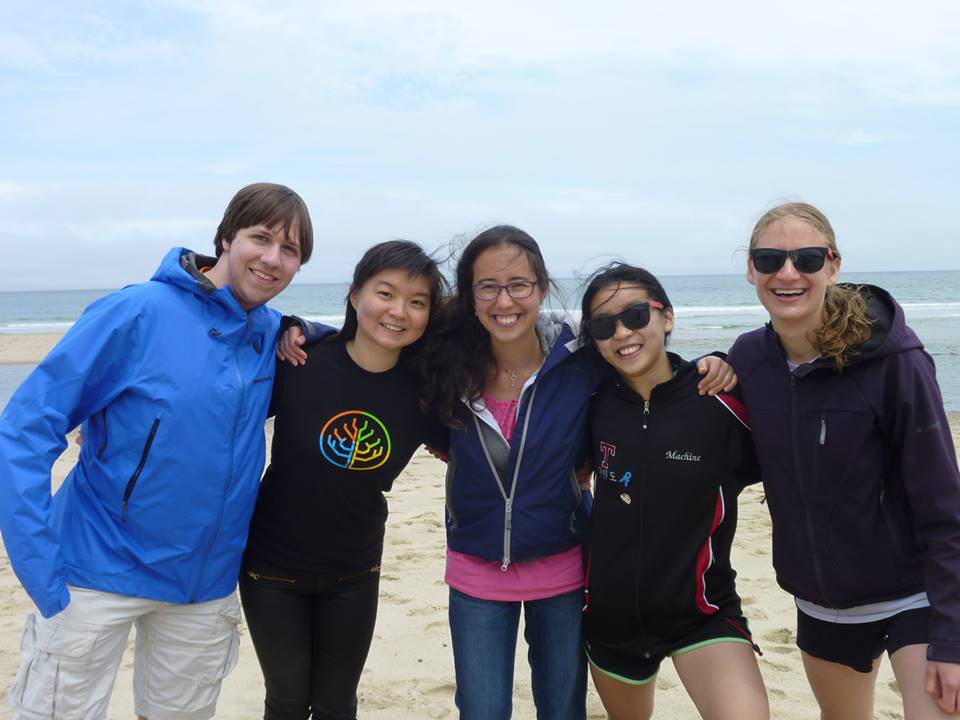 The day after that, I went to a Boston Pops concert and two days after that a different group of friends and I rented another car and drove to Montréal. It’s a 5-hour drive if you take a straight shot, but we decided to stop at my friend Cam’s house in Vermont so the trip there took 6 hours instead. On the way back we stopped for a tour of the Ben & Jerry’s factory and got to sample a new mint fudge flavor that hasn’t hit the shelves yet. The new flavor has my approval, in case anybody is wondering.

Here’s a picture of 4/5 of us climbing a sculpture: 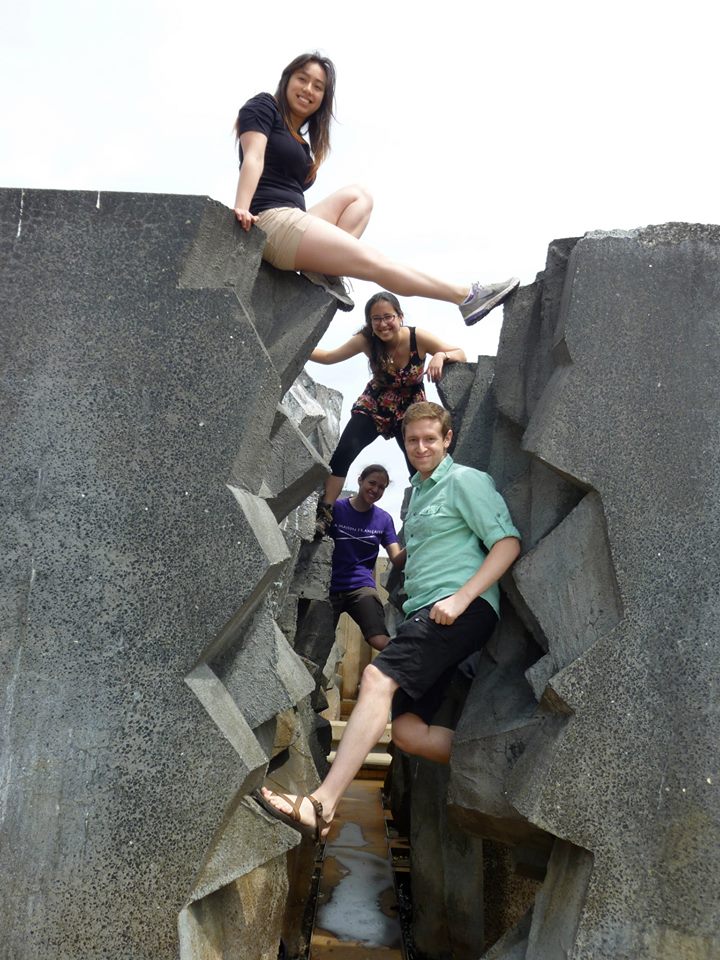 And scenes of the Old Town: 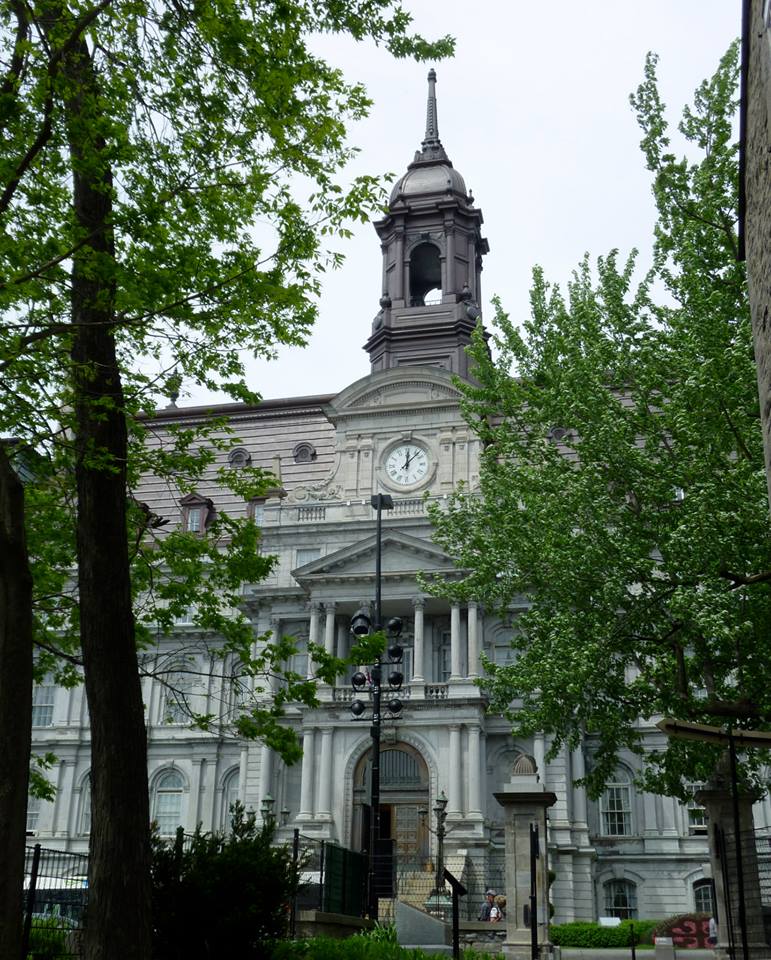 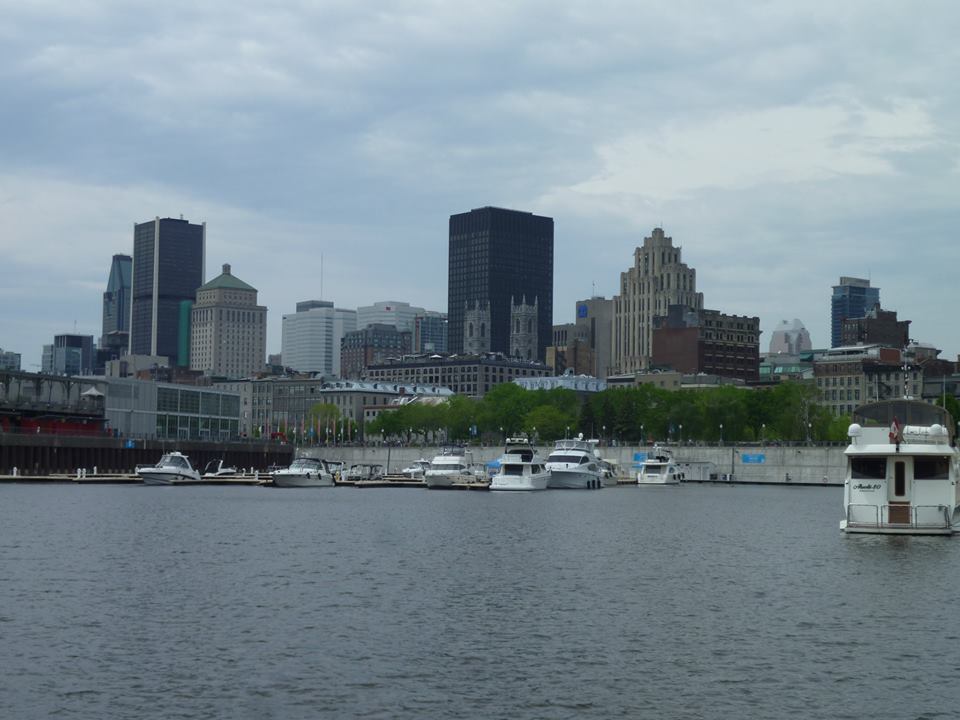 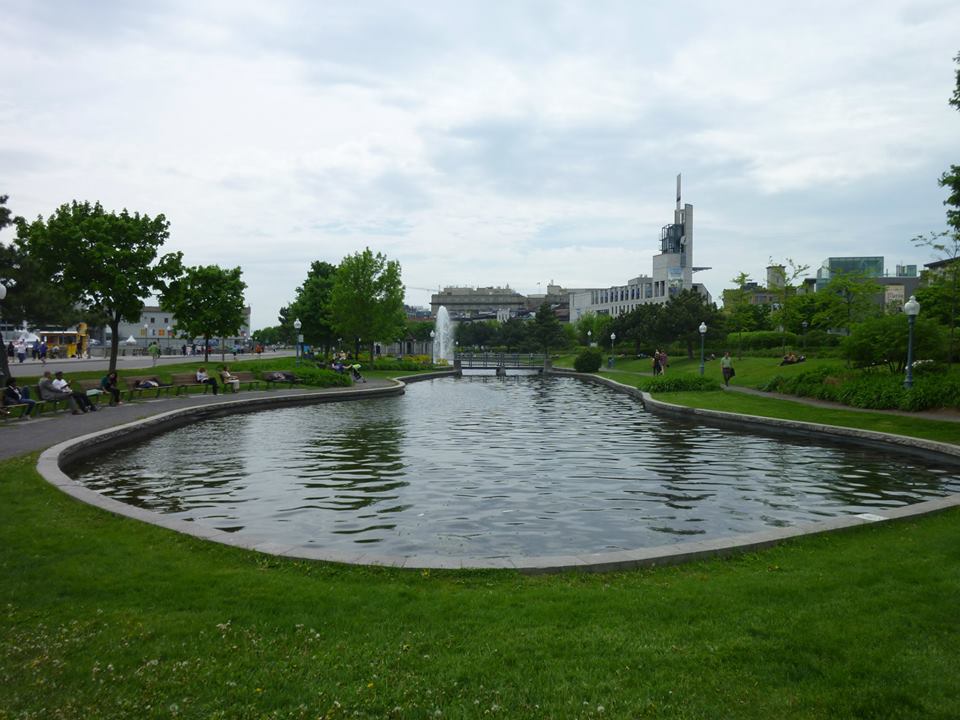 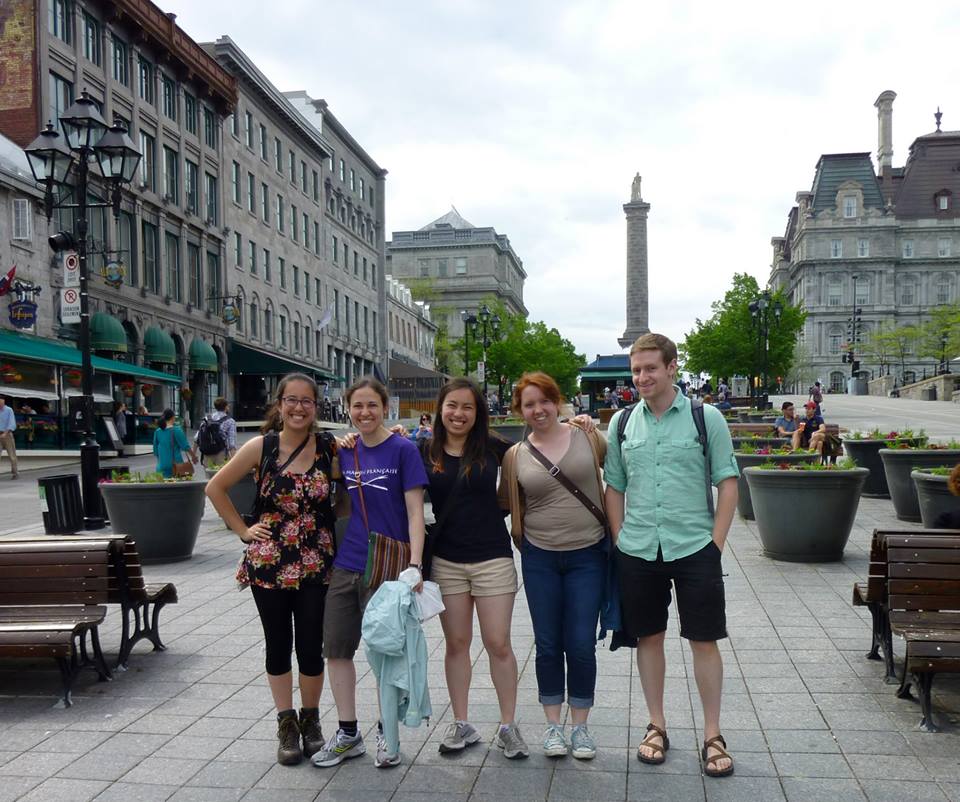 Here are some of the things I ate: 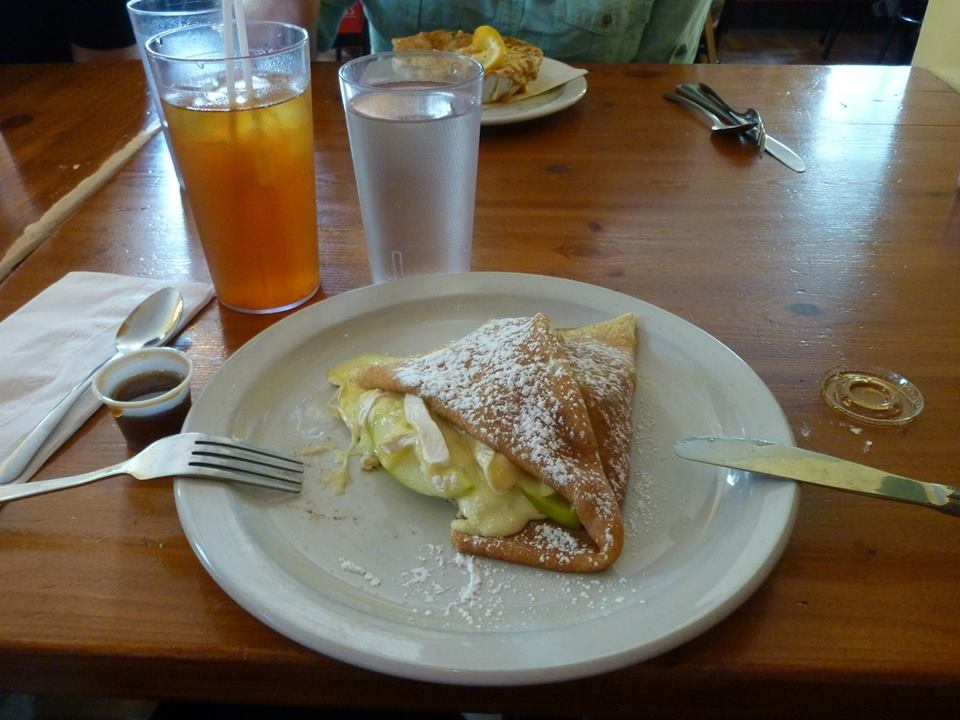 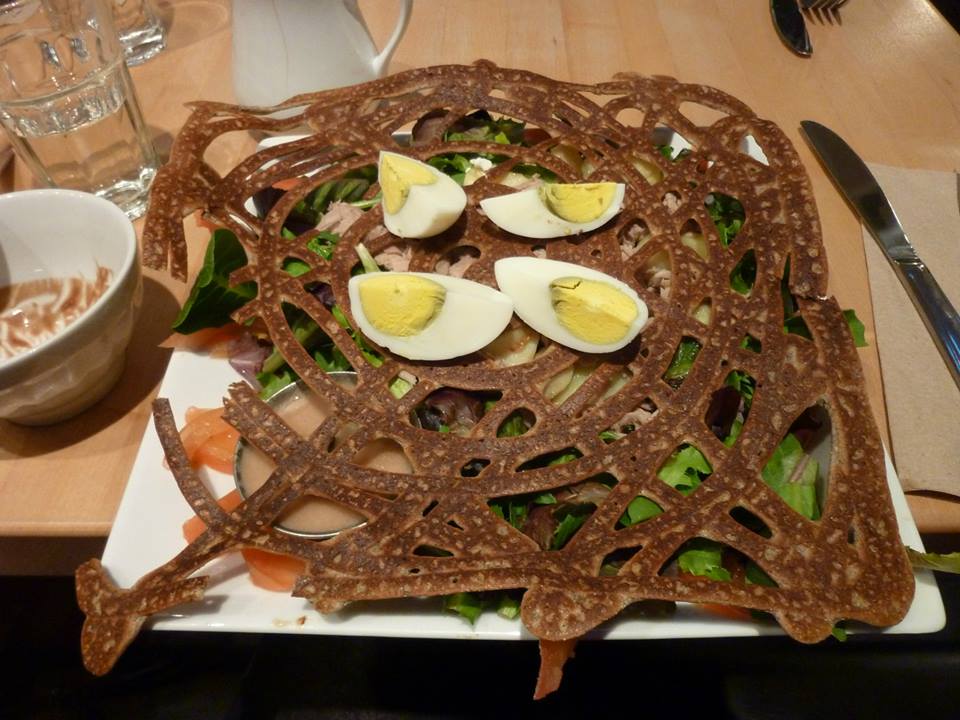 I tried poutine as well and have to admit that I was not a big fan.

On our second (and last; it was a short trip) day, we spent the morning walking up Mount Royal and the afternoon at the botanical gardens. The view from the top of Mount Royal: 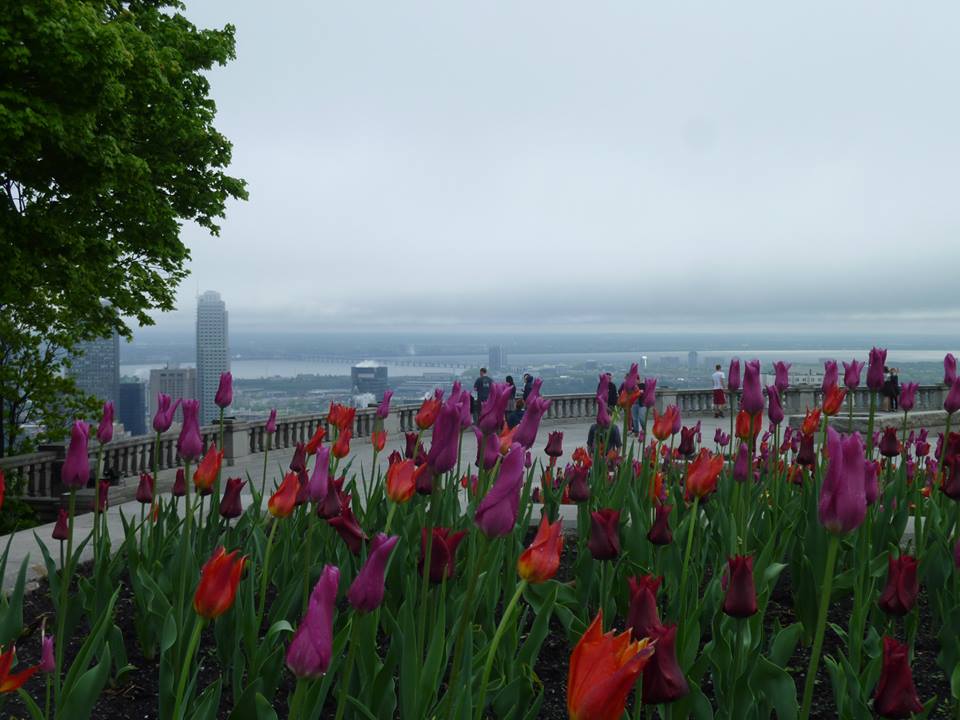 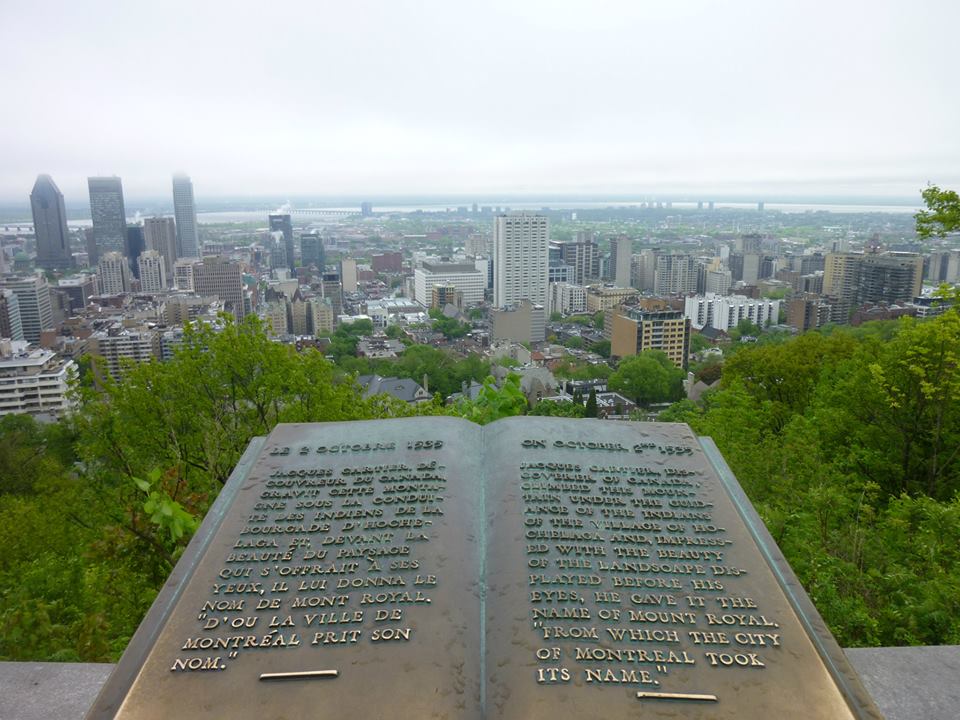 And the botanical gardens: 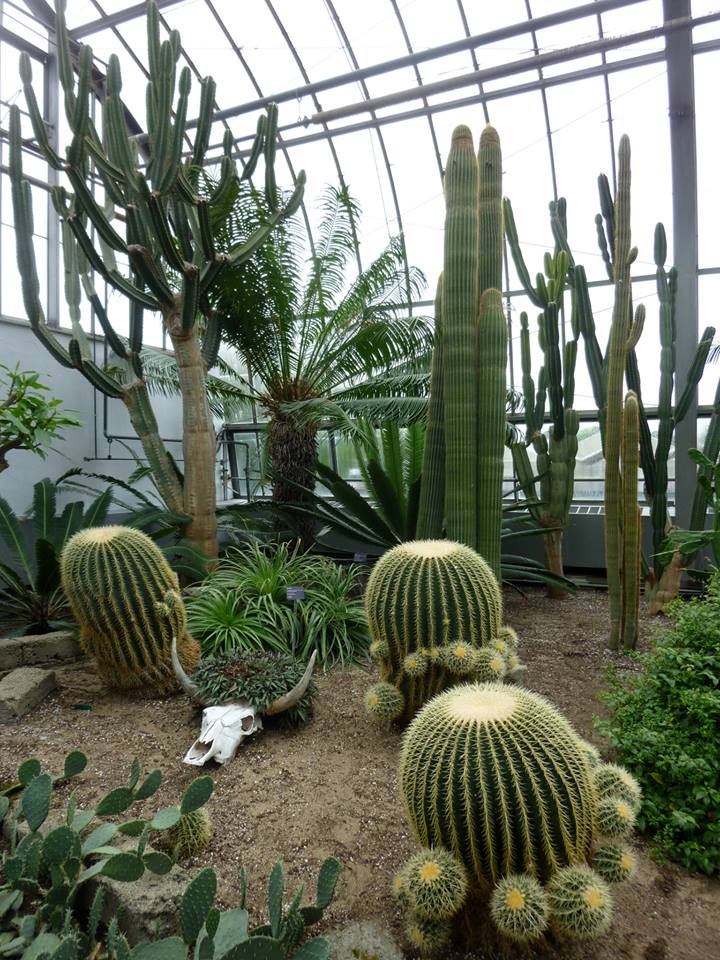 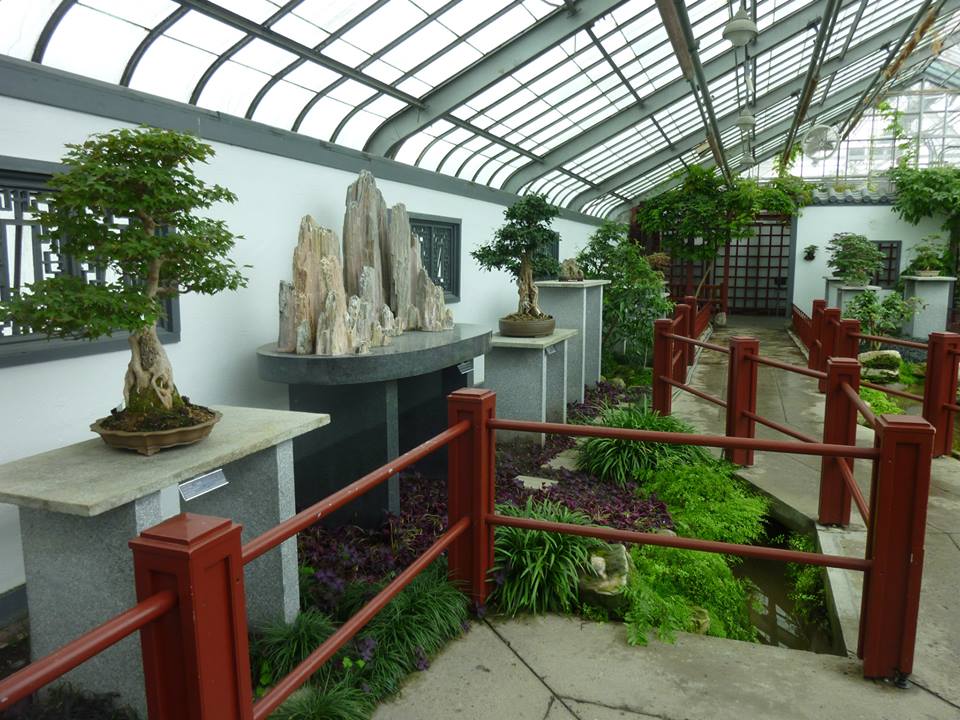 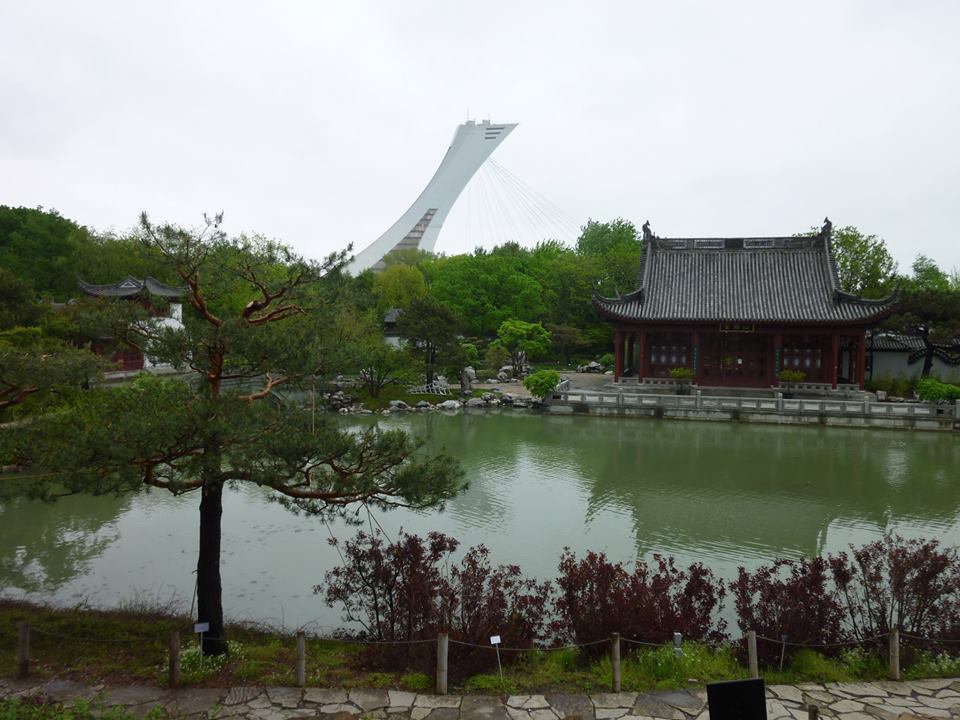 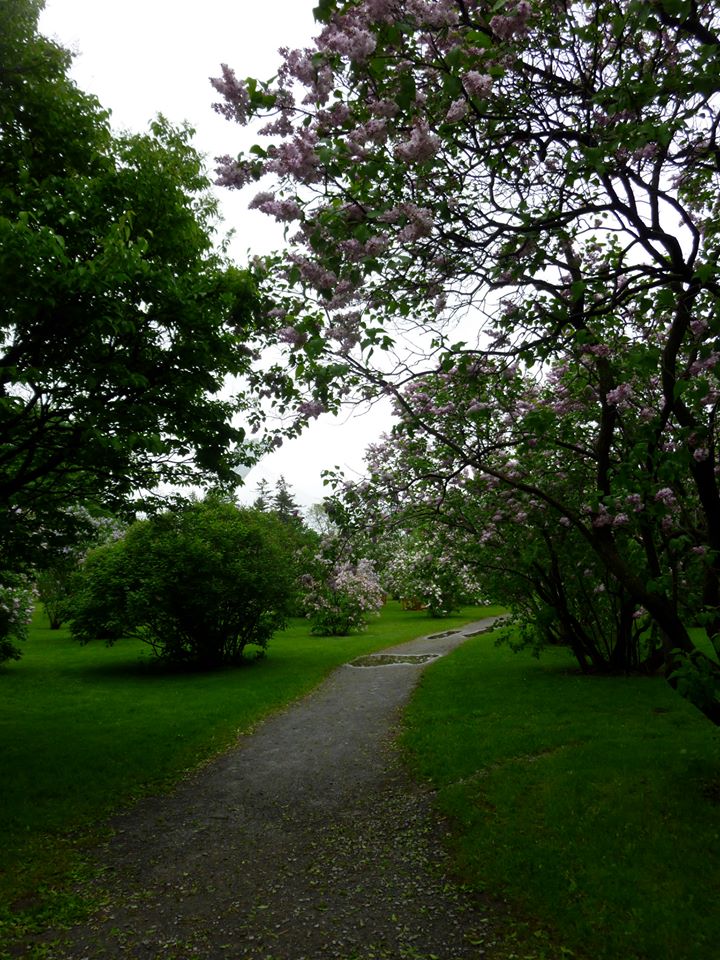 aaaaaand finally, two days ago, I took a break from packing (how did I accumulate so much stuff? HOW?) and went hiking in the White Mountains, a ~2h45m drive away. On the way, we stopped in the very quaint (and very small) town of Canterbury, New Hampshire, and ate bagel bites in the country store (which advertised selling “worms and crawlers”): 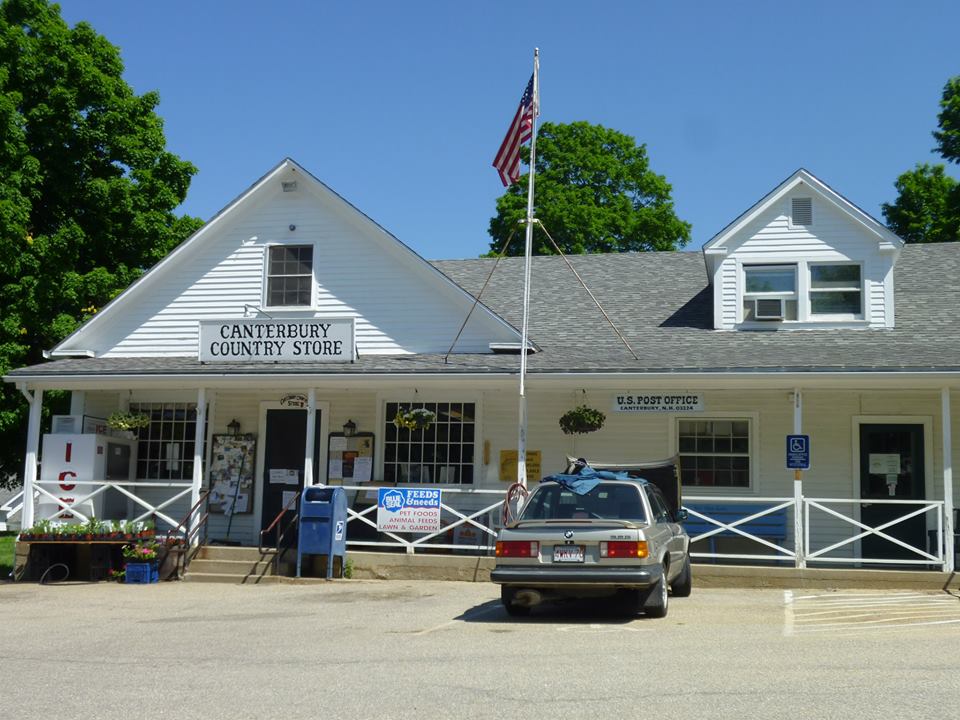 We hiked up to the summit of Mount Pemigewasset. It was high enough that a few dozen feet from the summit, the deciduous foliage morphed into conifers, the humidity morphed into cool dry air, the mud puddles morphed into bare rock, and the bugs disappeared. The views were pretty spectacular: 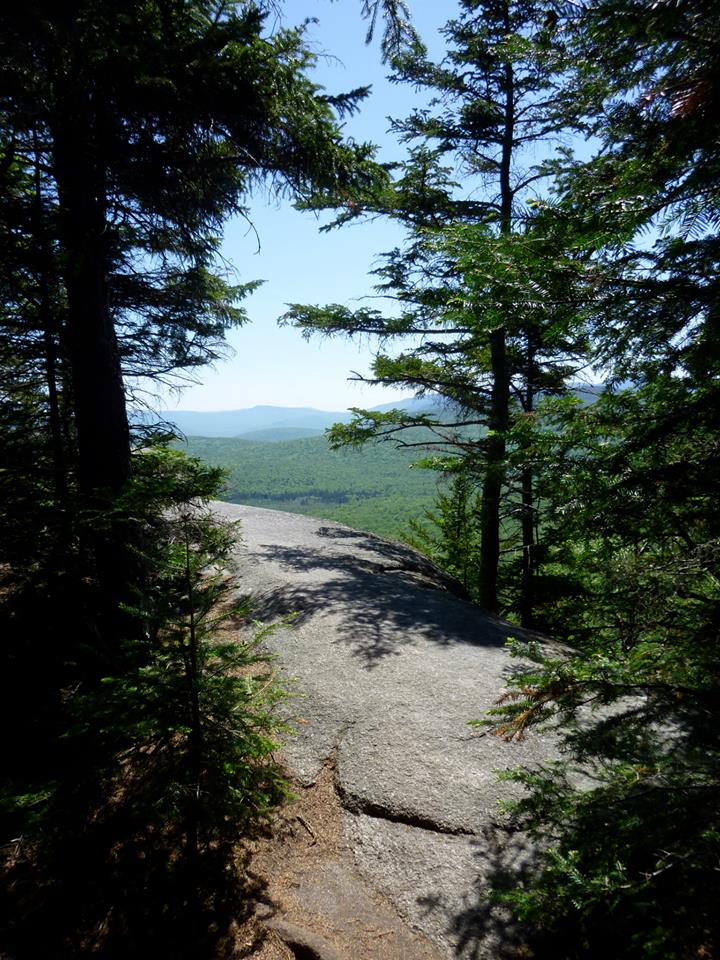 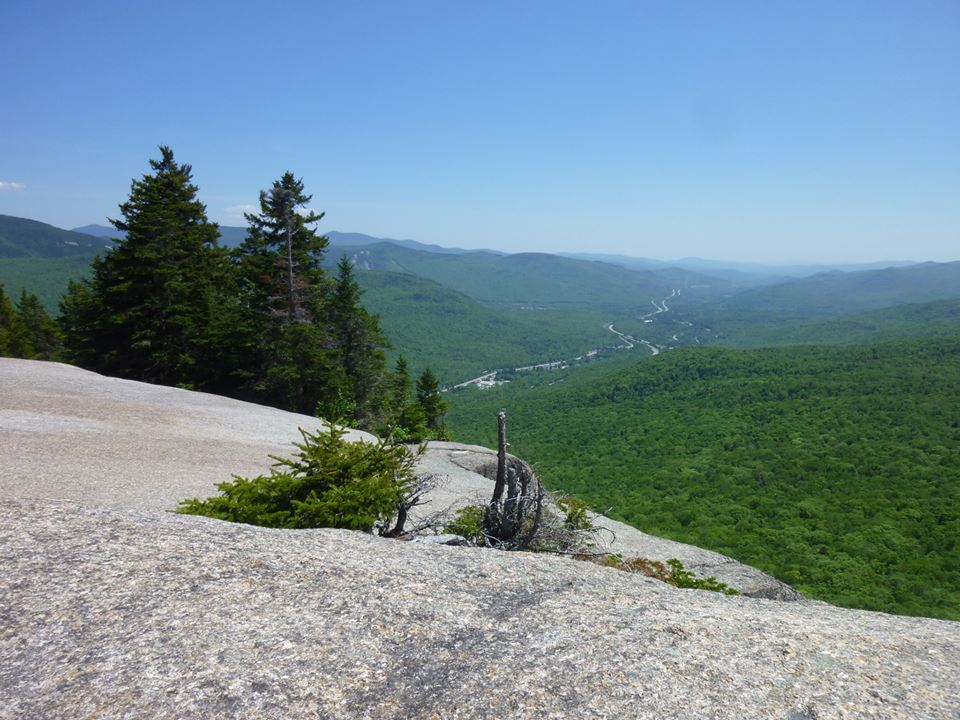 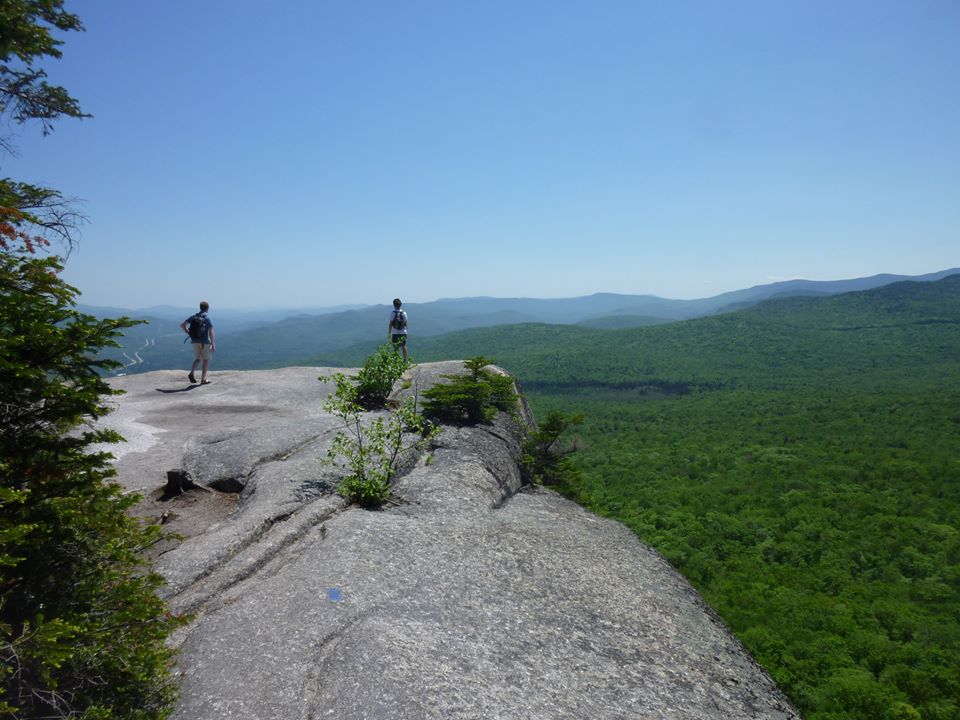 aaaaand now it’s Thursday of graduation week. I picked up my regalia (cap and gown) from the Coop yesterday. It’s hanging outside my closet in a (probably vain) attempt to get the wrinkles out. In 45 minutes my parents are coming to take me and my sister to lunch. I’m half-convinced that any minute now I’m going to get a call or an e-mail that says “oops, sorry, you can’t graduate because you forgot this or that requirement.” Or maybe when I’m walking across the stage to pick up my diploma, President Reif will say “wait, who are you? we don’t have a diploma for you. do you even go here?”

Or maybe in a little over 24 hours I’ll actually have a piece of paper that says that I have received a B.S. in Physics.