two weeks with no psets or exams in sight

the awful thing about having three project classes is that the last two weeks⁠01 (realistically, one week) of the semester are spent in a sleep-deprived and over-caffeinated haze, probably at Hayden Library⁠02 the newly renovated library located on the east side of campus, a few minutes from the dome or some other mildly occupied work space. obviously, since any more popular study spots would be too distracting, and any quieter spaces would only serve to remind one of the sheer number of unfinished pages they must write within the next few days. surviving on snacks and free food scavenged from different corners of campus, the lonely project-burdened procrastinator must plan their showers, breaks, and mealtimes around running their models and bloating their research reports with sentences that start to make less and less sense. and meeting page requirements is difficult as it is, but trimming findings to meet page limits is its own special beast; sometimes, no amount of Overleaf formatting can obviate the need for deleting content you spent hours agonizing over.

needless to say, juggling three projects all at once is a nightmare. i barely remember the weeks i spent finishing my projects since they were so hellish! what i do remember are the blissful weeks i had to myself once classes ended and finals began. with zero finals to study for, i spent my time doing absolutely jack all with my other friends who also had no commitments.

my last class was the morning of Monday May 9. i had to present a project, which wasn’t great, but as soon as it ended, i rushed back to my dorm to binge-watch anime⁠03 hunter x hunter, if you're curious with two friends. i never get time to watch TV during the semester, so it was wild to consume so many episodes on a ‘school day’.

the next day, which was the official last day of classes for everyone, i went to see the movie Jujutsu Kaisen 0 with a couple of friends. the movie had come out months before, but we all never had time to see it. thanks, MIT—at least all of us were so hosed we didn’t get to watch it before the others did!

that night, there was an East Campus party—the last of the semester. i realized that i’m really going to miss going to EC parties as a dorm resident, since next year i’ll be back in Burton Conner, my freshman year dorm. my EC floor, Slugfest, all pulled up together in our new hall tanks. once the party died, we headed to an off-campus apartment and kept raging, which for some reason resulted in staying up until 6 AM and then sleeping over. as soon as we all woke up, we grabbed brunch at a place called the Donut Diner in Central. let’s just say that their meals “Hungover Man” and “Hungover Woman” came in handy…

after brunch, i biked to Kresge⁠04 the auditorium near the student center for a Burton Conner art event. the event, organized by Burton One, gave BC residents the opportunity to make an art piece before they move back into the dorm this fall. a lot of floors decided to paint tables, including my floor. unfortunately, many people on my floor were unable to leave their beds at the bright and early hour of 1 PM, so representation at the event was at a staggering low. no one had any designs to suggest, either, so to my absolute astonishment, the shitty art i made while watching anime on Monday was put to use! 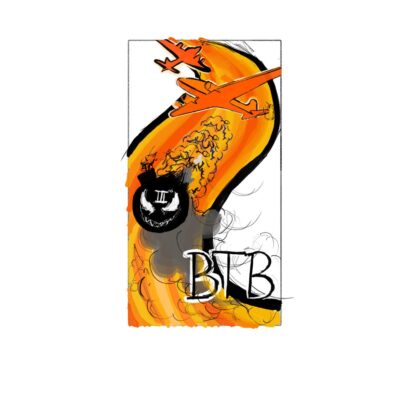 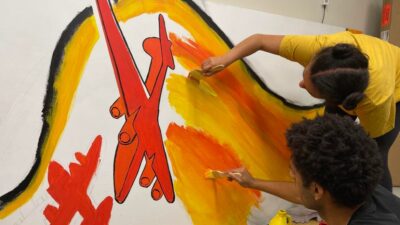 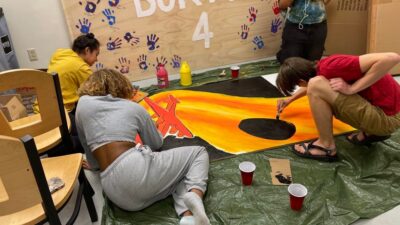 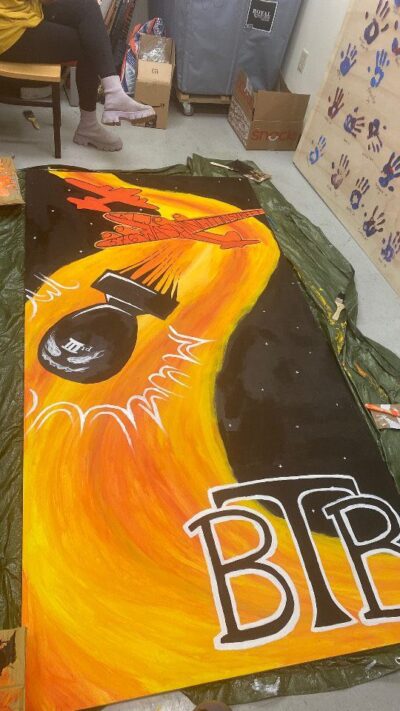 done! kind of cool. features the address of the apartment the floor hung out at for two years; it served as the “floor away from the floor.”

thursday was an adventure. three friends and i headed to the Arnold Arboretum, a gorgeous park that’s about a 20-minute drive from MIT. we spent the day there just hanging out and exploring the different sorts of plants. i seldom get to spend time in nature, so it was a lovely day. 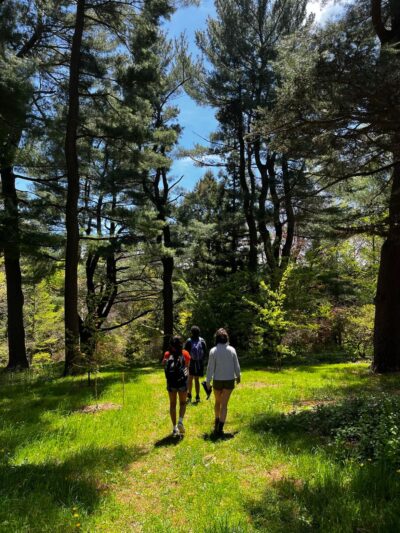 on friday, i got brunch with a MIT friend and hung out around East Campus before going to dinner with some members of Burton Conner exec. we went to a really nice restaurant in Somerville and got a ton of food and drinks as a reward for all the grueling work we’ve had to endure this semester due to the dorm’s reopening. after, i biked to the Kendall T station and took the train to the Boston Commons, where i watched the movie Everything Everywhere All at Once with some friends. it was mind-blowing and one of my favorite movies of the past several years, if not of all time.

the next day, i went shopping with my little since i had to buy new clothes for my internship this summer. we browsed Newbury Street and i blew so much damn money. it was worth it, though—my previous wardrobe would simply not cut it. on Sunday, i acquired even more clothes at my friend’s senior sale,⁠05 man, one thing i will not miss once i graduate is the onslaught of senior sale emails every May. it's so annoying and then went to my friend’s birthday picnic.

another week, another seven days of doing nothing at all! on Monday, i went to a brewery in seaport with one of my best friends and spent the day wandering Boston with him. i also got pictures back from a dance showcase my team, Mocha Moves, performed at in April. look how dope we look!! 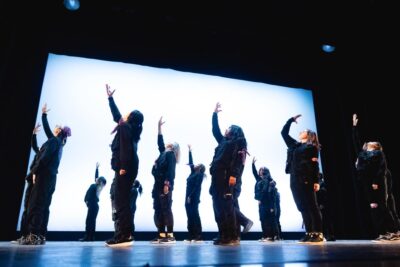 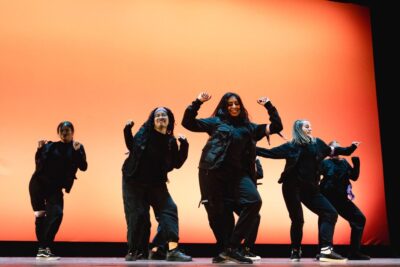 interlude i choreographed to the song Girl Blunt

i had a lot of qualms about MIT dance this year, but everything worked out. i had a great time!

Tuesday the 17th was when i realized how much packing i have to do. move out day for all non-seniors was the 19th, but i had begged for a last-minute housing extension until the 22nd. i had no confirmation i’d received the extension, but i delayed packing nonetheless!

before i started putting everything away, i took pictures of my room to commemorate it. it served me well this year; i hosted dozens and dozens of gatherings there. even though i’ll be a senior next year, my Burton Conner single will be much smaller than this room. oh, well 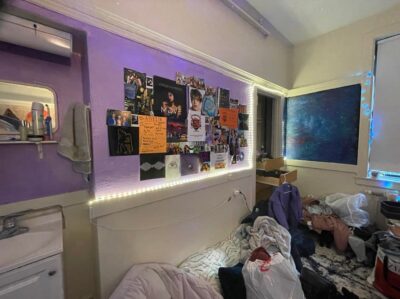 packing continued on Wednesday, and in the afternoon, a dozen friends and i gathered on Killian⁠06 lawn in front of the dome for a post-finals picnic. i started to feel gross during it, which i attributed to my allergies. the congestion continued into Thursday, though, so i isolated and took a rapid test. even though it came back negative, i didn’t feel well enough to leave my room, so i binged Breaking Bad all day. by Saturday, i’d finished two whole seasons.

Saturday was the day i was supposed to leave. i spent the entire day frantically packing and recruited some friends to help me move my stuff down three flights of stairs. and by moving things, i mean 1. throwing garbage bags of clothes out the window and 2. tossing my giant rug down the stairs. alas, when my dad came to pick me up, i realized that all my shit wouldn’t fit in his car. i had to last-minute cram a ton of things into EC storage, which is prone to many mysteries including cockroaches and water damage from flooding. i hope my belongings will survive the summer!!

home was fun as usual, but a few days in, i tested positive. oops!!! turns out i was one of the last of my friends to be taken out by COVID. i started quarantining in my room, which wasn’t bad at all since i normally spend all day reading or watching TV anyways whenever i’m home. with all the free time, i got through Breaking Bad at a breakneck speed and then read four books about the 60s counterculture movement. woo!

once my quarantine ended and i tested negative, i headed to Boston for my sister’s graduation ceremony. although she graduated last year, ’20s and ’21s got their own celebration, where they could receive “diplomas” in front of friends and family. the ceremony was long and tedious, but it was my first time attending a graduation ever, and i was thrilled to see my sister walk. 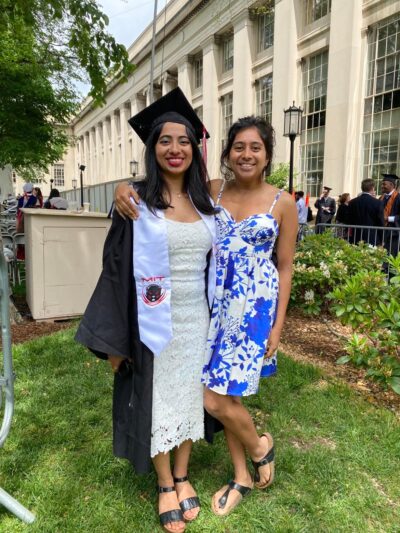 later, i left to meet up with friends before the music festival Boston Calling. i had copped cheap 3-day tickets from a random MIT student who had emailed out about them, so i was hype. sadly, the two bands i was planning on seeing, King Gizzard & the Lizard Wizard and The Strokes, both dropped out due to COVID. it was also thunderstorming, so i couldn’t go see any other bands.

it was a bummer, but courtesy of my sister, i could go to the recent MIT grad bash, where i met up with a bunch of ’21s and ’20s i hadn’t seen since before the pandemic. the “bash” was a party inside a tent that featured foosball, cornhole, seesaws, and of course, a dance floor with a live band. the evening was an emotional and very fun haze.

afterwards, my floor brought all the alumni to the apartment where we’ve partied at since Burton Conner shut down. hanging out with them there was insane. we screamed the lyrics to all the songs we played when we were back in BC and it felt so right!!

the next day, i went to Boston Calling with two friends. i saw a few bands, including Djo, Japanese Breakfast, and Glass Animals. i wouldn’t say it was the best use of my 3-day pass, but ah well. i headed back to New Hampshire the next afternoon, thus ending my two weeks of post-semester fun.

these past several days have been some of the best of my college experience so far. seeing the seniors off was bittersweet, but thanks to having no finals, i was able to spend quality time with them before they leave. summer means endings and also beginnings, i guess

next week is my training week for my internship, and then i head to NYC for the summer! stay tuned, there’s lots to come :)