yes lmao Nisha and I are related

A little while ago, I got my first(?) mention on MIT Confessions, and exploded with laughter in the middle of my physics lecture as soon as i saw it:

I thought OP probably was a reader of the blogs, because if you know either Nisha or me in real life—even tangentially—you’d probably realize that we’re related. More than a few people have approached me assuming that I’m Nisha, and I hear “Ankita, I thought I saw you at East Campus but realized it wasn’t you” nearly every other week.

Well, it turns out that looking like twins, being from the same small state, and having the same damn last name isn’t enough—at a blogger meeting, we were laughing about the confession, and a Blogger Who Must Not Be Named came to the realization that Nisha and I are, indeed, sisters. As unprompted as this epiphany should have been, I’m actually pretty happy that they had no idea of this fact; clearly, I’m doing a decent job of distinguishing myself…? 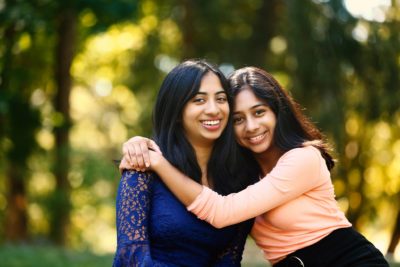 To be fair, we’re completely different. I’m more outgoing and extra, while she’s more laidback and chill. I’m chaotic and memey, and she’s…a functioning adult, I guess?? I dance and she fences, and we live on opposite sides of campus, so our social circles barely overlap. In fact, our lives don’t overlap much; I’ve bumped into Nisha around campus a grand total of three times in all these months here.

This is nothing but reassuring to me. When I was considering going to MIT, I was afraid of being “Nisha’s little sister” forever; we’ve been going to the same school for most of our lives, so I wanted to finally separate myself from her in college. With good reason—in high school, we both were captains of the math team and quiz bowl teams and presidents of the Japanese Club; we took the same classes and had the same teachers and guidance counselor. The impressions most people had of me were shaped by Nisha, which was never a bad thing, just frustrating. I desperately wanted to distinguish myself in some way, but I always felt that she was better than me at math and Japanese and writing and quiz bowl and everything else I was passionate about.

And as a result, I was really fucking insecure. I trudged through high school with the belief that everyone was comparing me to my sister and pointing out my inadequacies. When I finally applied to MIT, I told myself not to expect too much since I was an inferior carbon copy of her: Nisha, but more random, irrelevant hobbies and less STEM; Nisha, but notably less accomplished. And as soon as I got in, I was accosted by a lurking suspicion that it was because of sibling legacy.⁠01 spoiler alert: this is not a thing

It was a strange and unsettling brand of imposter syndrome. It plagued my thoughts for a while, but when I thrust myself into the world of adMITtance (aka the MIT Class of 2023 Facebook group), I stopped thinking about it. My perspective hasn’t changed since then—who cares if I belong here or not, I was admitted, so I’m intent on making the most of it. Here at MIT, we’re [hopefully] all so busy getting work done that we don’t have time for high school-esque drama or petty judgments of others’ success. Hell, I definitely don’t have time for sibling trauma anymore…not that I give a damn about making comparisons between Nisha and I since we’re pursuing such different things.

My metrics for success have entirely changed. I’m my own person now! I have a different set of activities and classes and friends, and it’s wonderful. I can’t say I’ve become much less reliant on Nisha since I ask her for advice pretty often, but hey—what are older sisters for?

I’m really proud of Nisha for all her accomplishments, and I’m glad that she’s found her space here. I’m grateful for how supportive she is; even though she criticizes a significant number of my life choices, I know she has my best interests in mind. It’s great to be able to rely on someone on campus, but it’s also great that I’ve formed my own identity here. 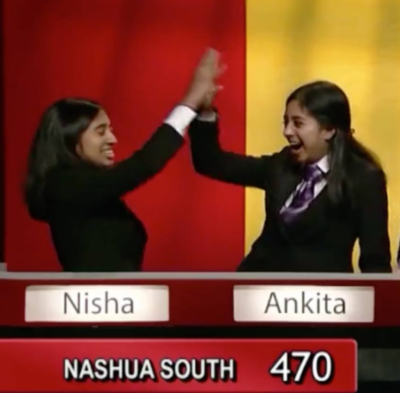 OP, hope that answers your question :)