I returned back to campus on December 29th, and as the Amtrak approached Boston South Station, I spotted snow on the tracks! 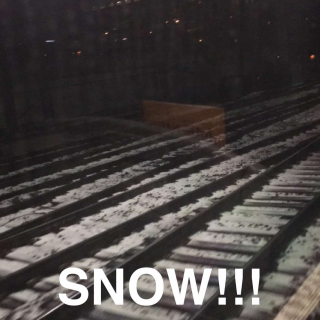 As I stepped off the train, I was greeted by a gulf of freezing wind. I mean literally freezing. 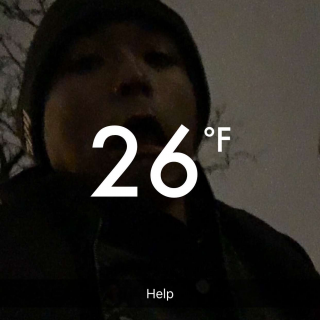 I took the T to Kendall, and after exiting the station, I realized that it would probably be in my best interest to take the tunnels instead of freezing and trying to make my way through snow-covered sidewalks. 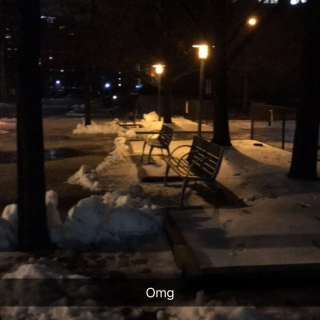 I had yet to master the tunnels and navigate through them on my own, so this was going to be one interesting adventure. I had been down in the tunnels with friends a few times before, but as a directionally-challenged person (read: I can still get lost with Google Maps), I wouldn’t trust myself to find my way on my own. Thankfully, though, there were a few signs leading the way to main campus. 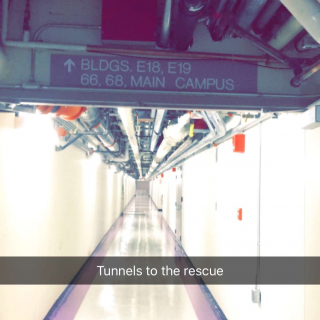 But there weren’t always directional signs. Some hallways and walls looked somewhat familiar, though, so I trusted my intuition and hoped for the best. I made some wrong turns that lead to dead ends, but I somehow managed to find my way back to the main path. 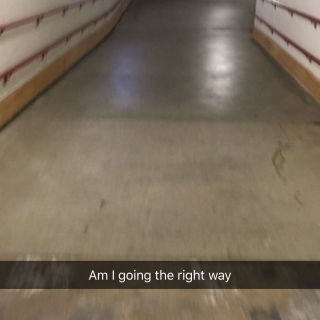 And somehow I made it to the other side of campus. Somehow. But as I exited Lobby 7 and headed towards Burton Conner, I reached another dead end where the cleared walking path suddenly just ended. I backtracked a bit until I found a detour to the road and walked along the street instead. 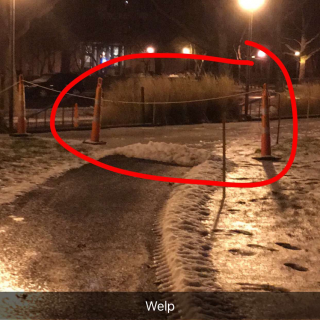 But I eventually did make it back to my dorm–and, most importantly, in one piece. 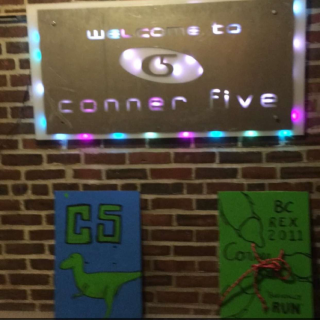 I immediately crashed when I got back. Snow is stressful.

The next morning, I felt adventurous and decided to explore a snow-blanketed MIT with my camera. I dug out all my snow and winter gear and bundled up from head to toe. Here are some shots: 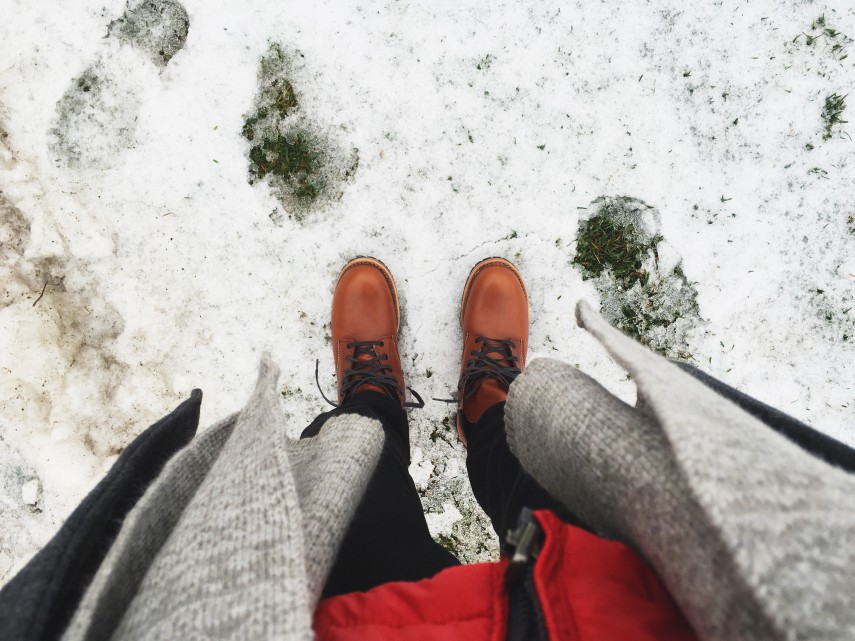 Ready for some exploring. 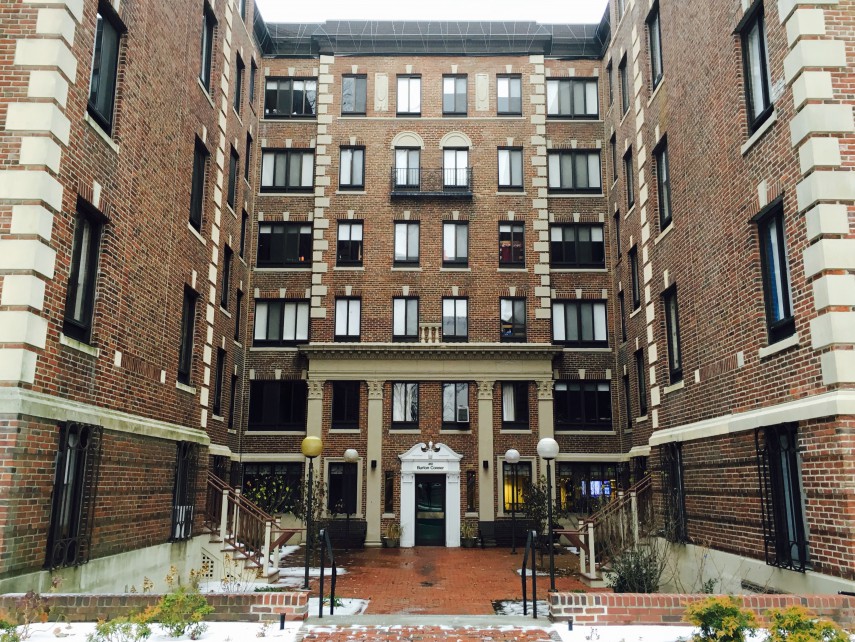 Burton Conner from the Memorial Drive entrance, featuring some snow. 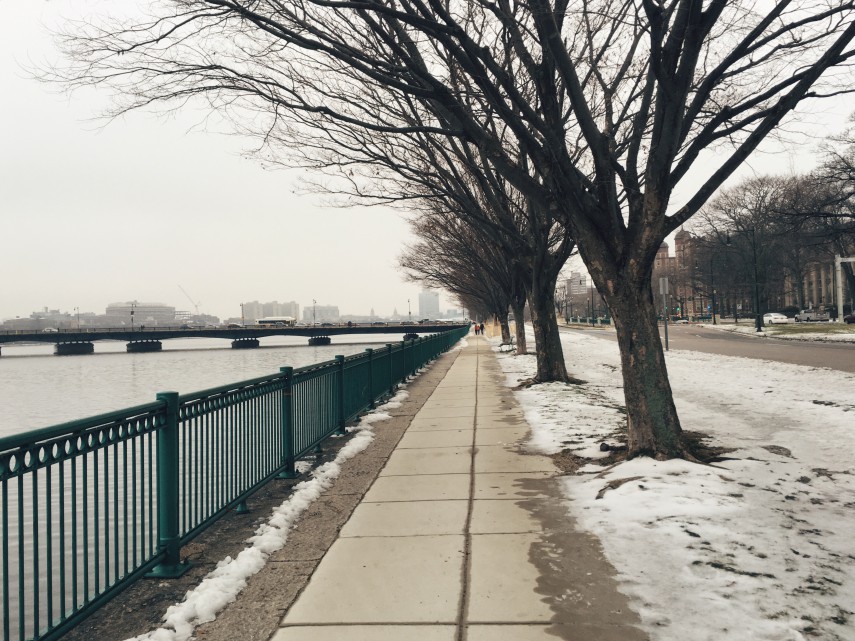 Walking/running path along the Charles River. 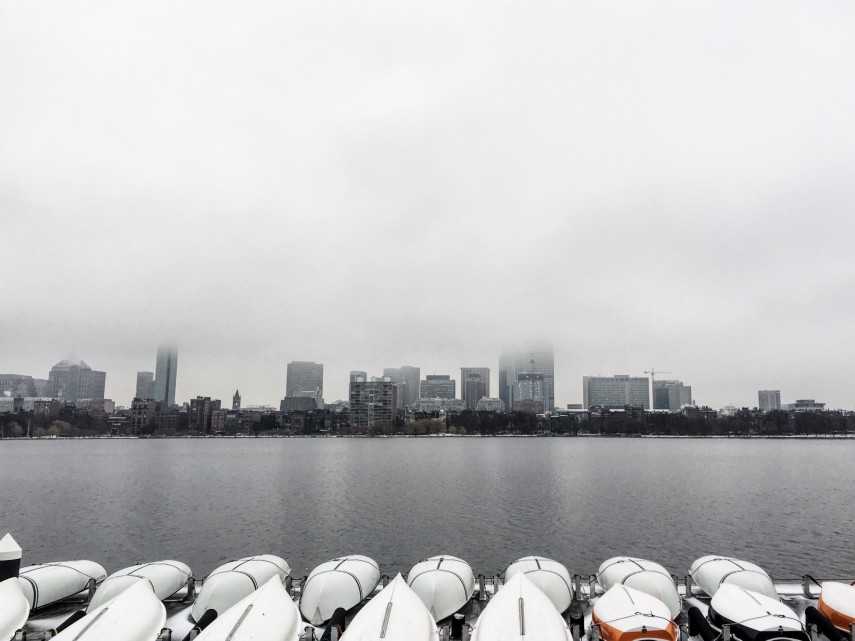 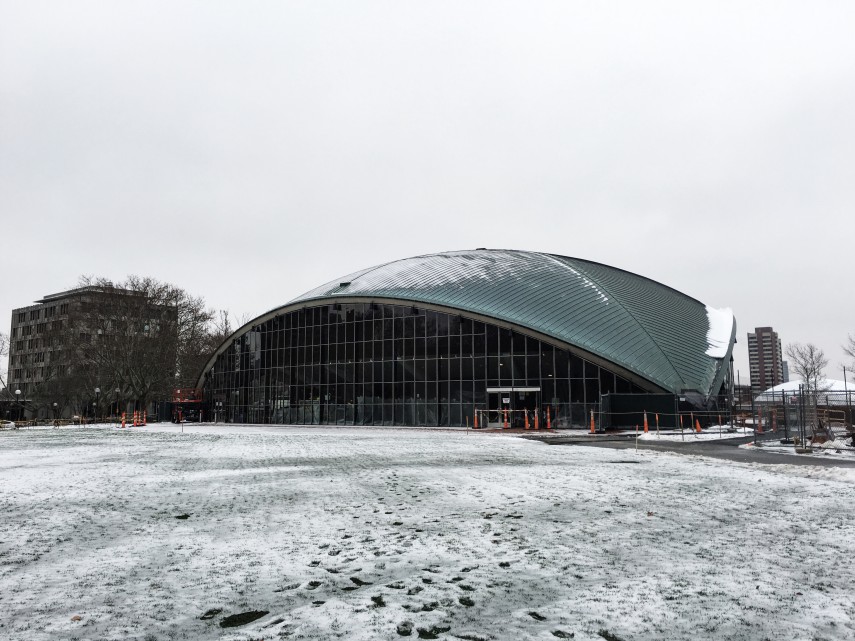 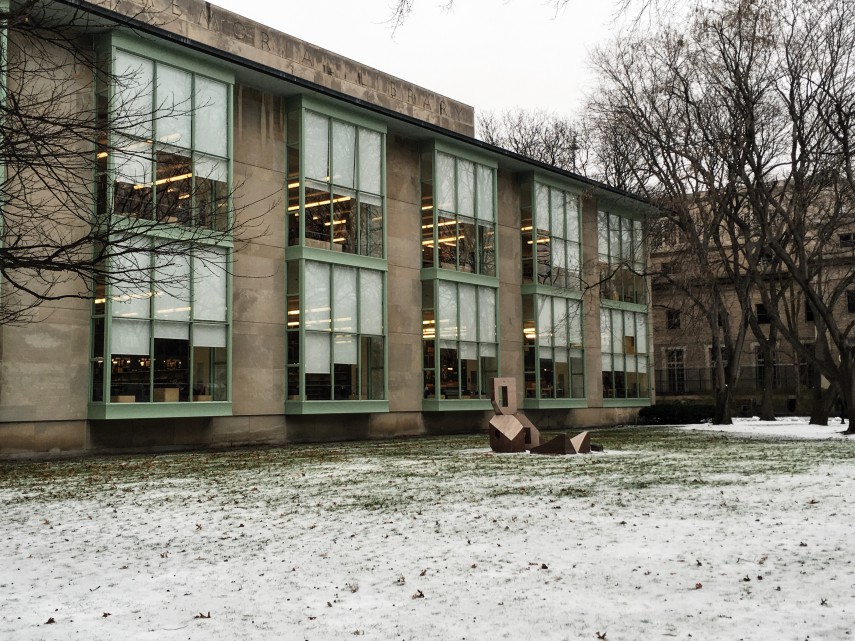 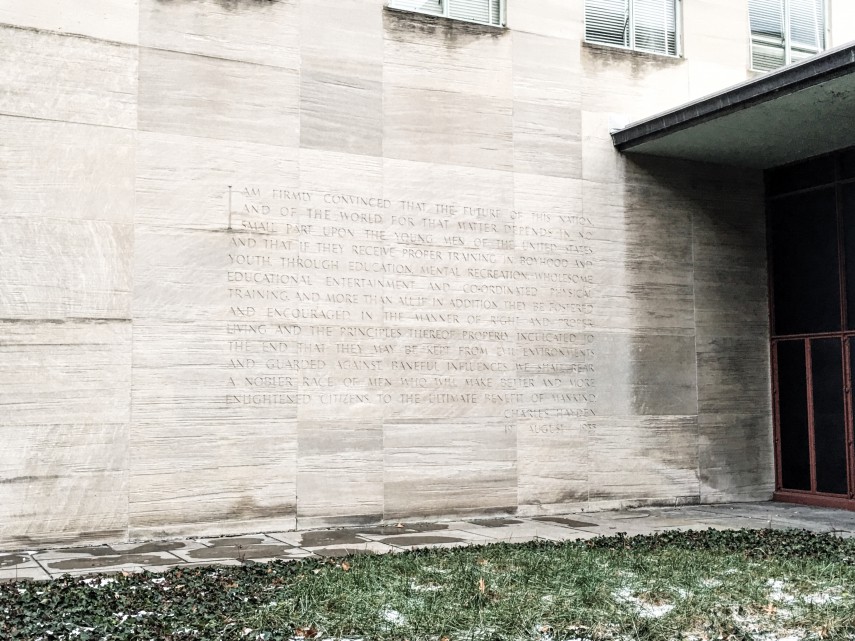 A quote I found in front of Hayden that I had not seen before — which reads: “I am firmly convinced that the future of this nation and of the world for that matter depends in no small part upon the young men of the United States and that if they receive proper training in boyhood and youth through education, mental recreation, wholesome educational entertainment and coordinated physical training and more than all if in addition they be fostered and encouraged in the matter of right and proper living and the principles thereof properly inculcated to the end that they may be kept from evil environments and guarded against baneful influences, we shall rear a nobler race of men who will make better and more enlightened citizens to the ultimate benefit of mankind.” — Charles Hayden, 19 August 1933. 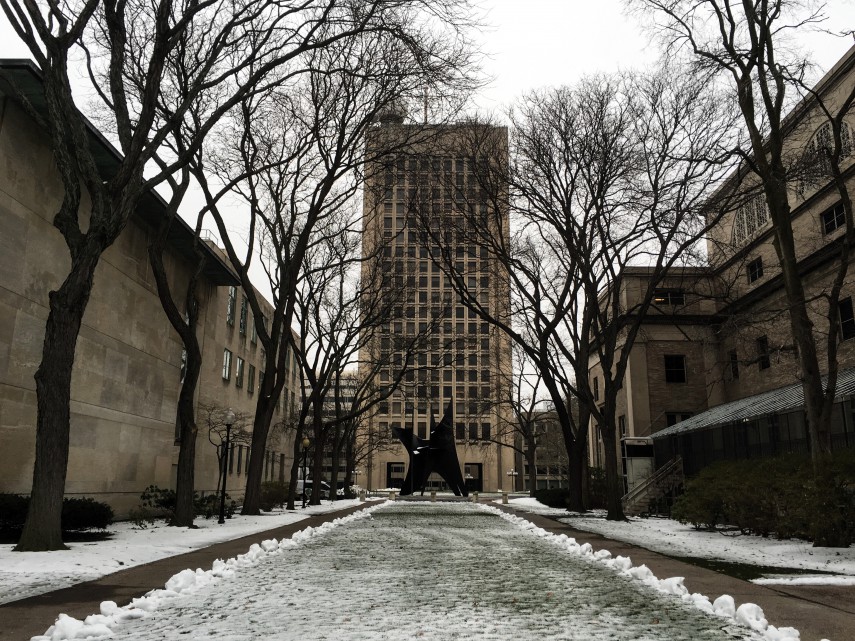 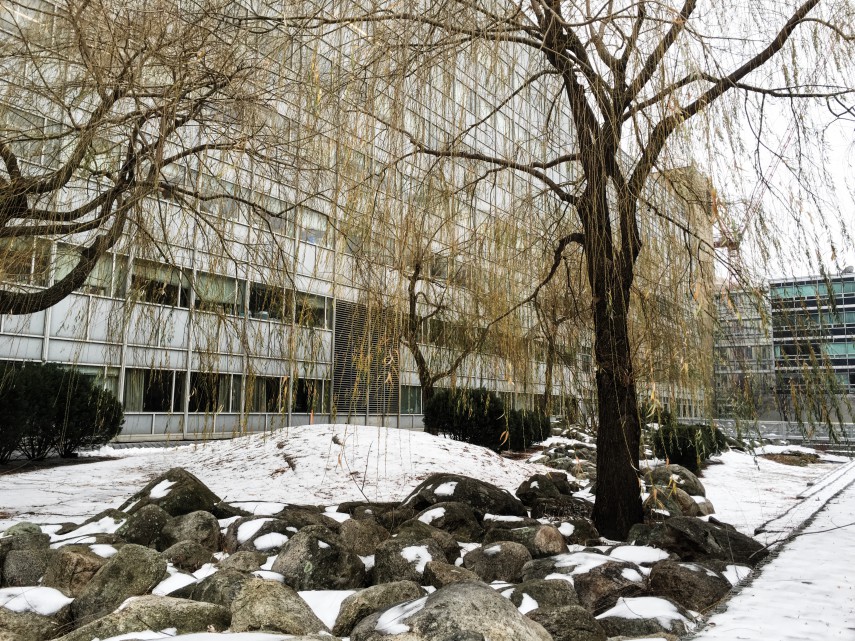 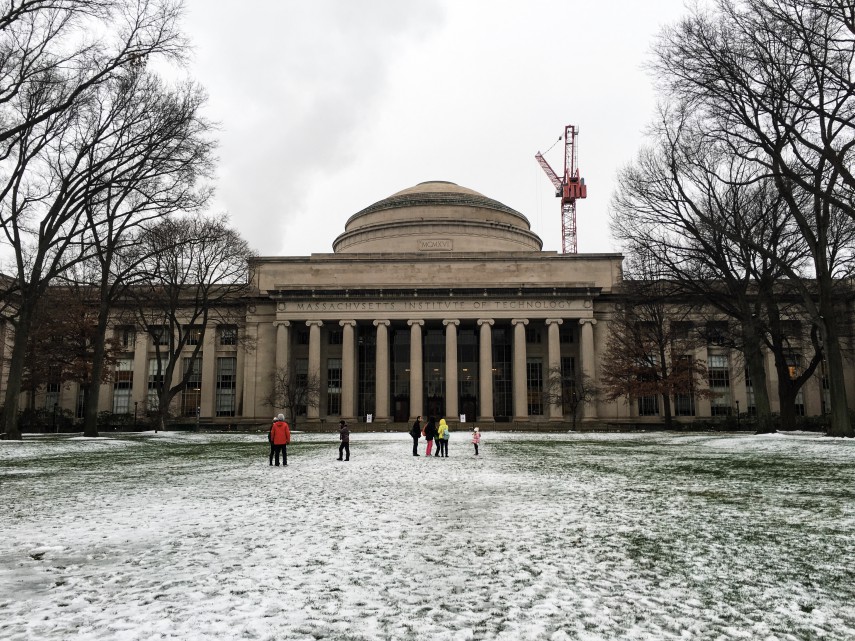 Killian Court (and, as always, construction in the background). 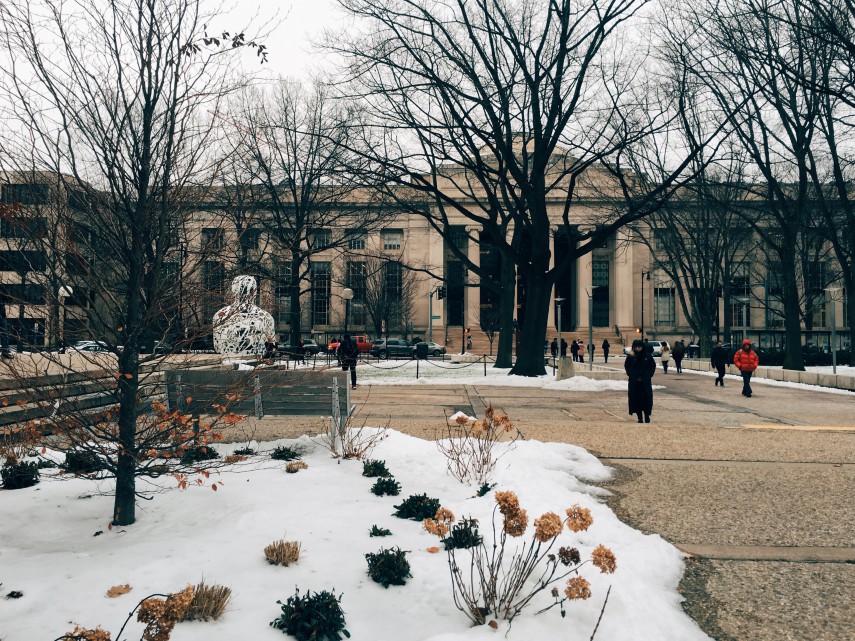 The next evening it snowed ever so slightly, just light snowfall. But then in the next few nights the snow started to gradually melt away. As of right now, there isn’t much snow cover left, but it’s still pretty cold. On Tuesday, it literally reached single digits (in Fahrenheit). I stayed mostly indoors the entire day. Now, it’s back in the 30s and 40s. Apparently on Sunday it might reach 55 degrees. And then it’ll probably get cold again, and then who knows.

Side note: Congrats to y’all who applied RA! It’s crazy to think that I had submitted my MIT app just one year ago. Best of luck, and, in the meantime, enjoy your last semester of high school and keep on being your awesome selves!