and it's pretty glorious

I saw a tweet from MIT News late last week about how some researchers at MIT, centered at the Mediated Matter group in the Media Lab but including folks from mechanical engineering and the Glass Lab, had figured out a way to 3D print glass. I’d actually seen some objects on display at the Lab back in June, but had no idea how it worked; at first, I didn’t even think it was glass, because I didn’t think 3D printing glass was even possible. 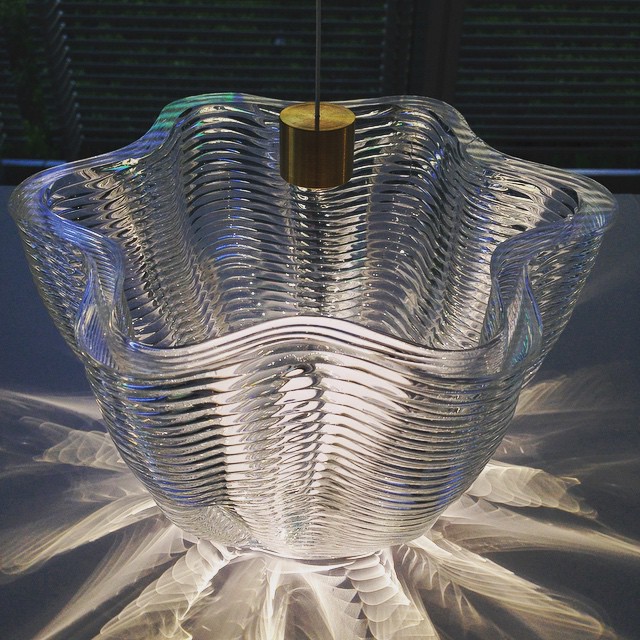 Last week, however, Mediated Matter posted an (incredibly satisfying and visually gorgeous) video that shows how the process works:

Ancient yet modern, enclosing yet invisible, glass was first created in Mesopotamia and Ancient Egypt 4,500 years ago. Precise recipes for its production – the chemistry and techniques – often remain closely guarded secrets. Glass can be molded, formed, blown, plated or sintered; its formal qualities are closely tied to techniques used for its formation. From the discovery of core-forming process for bead-making in ancient Egypt, through the invention of the metal blow pipe during Roman times, to the modern industrial Pilkington process for making large-scale flat glass; each new breakthrough in glass technology occurred as a result of prolonged experimentation and ingenuity, and has given rise to a new universe of possibilities for uses of the material. This show unveils a first of its kind optically transparent glass printing process called G3DP. G3DP is an additive manufacturing platform designed to print optically transparent glass. The tunability enabled by geometrical and optical variation driven by form, transparency and color variation can drive; limit or control light transmission, reflection and refraction, and therefore carries significant implications for all things glass. The platform is based on a dual heated chamber concept. The upper chamber acts as a Kiln Cartridge while the lower chamber serves to anneal the structures. The Kiln Cartridge operates at approximately 1900°F and can contain sufficient material to build a single architectural component. The molten material gets funneled through an alumina-zircon-silica nozzle. The project synthesizes modern technologies, with age-old established glass tools and technologies producing novel glass structures with numerous potential applications.