so much happened, but also so much didn't happen

The media portrays spring break in college is super-fun, adventure-filled time, a time to relax, hang out with your friends, and have the experiences of a lifetime. Last year, MIT didn’t give us a spring break because of the covid restrictions at the time (not that I would’ve wanted to travel very far then); so this year, I knew I wanted to make the most of my ✨first college spring break✨. Like many MIT students, I decided to travel with my friends. Unlike many MIT students, we chose not to go to Puerto Rico, Mexico, or Miami.⁠01 although all of these options were considered, then discarded for one reason or another Instead, we came up with a somewhat unorthodox plan: we’d fly to New Orleans, spend a couple of days there, then rent a car and drive from Louisiana to Houston, Texas. Why, you ask? Well, why not? I’d never been to Texas, Amber wanted to show us the southwest, Sophia wanted to buy a cowboy hat, and Taylor was ready to go along with anything. Plus, road trips are fun! So, plans were made, tickets were bought, accommodations booked. And then we were off!

We flew to New Orleans on Saturday evening. Because the week before spring break was literally hell with psets and exams and projects, I had gotten an extension for a paper for my anthropology class⁠02 21A.407: Gender, Race, and Environmental Justice until the following Monday. I didn’t get a chance to work on it Saturday morning, since Amber and I had gone out into Boston to get supplies for the trip. However, I also didn’t want to be writing it in New Orleans, so I told myself I needed to finish the paper by the time the plane landed. Thus I found myself writing about the philosophy of science in an empty wing of Boston Logan airport around 10 pm. Odd experience, I’ll say; but hey, I got it done!⁠03 and I got a good grade on it too, so nothing lost here By the time we landed in Louisiana, I was ready to not think about work for a week straight.

the India House Hostel!
the hostel had a lovely cat named Raj :')

In New Orleans, we stayed at this really cool place called the India House Hostel, a hippie backpacker’s haven. We got a private room for four people, which was essentially the best of both worlds because we got the price of a hostel but the privacy of a separate room. I don’t have too many pictures of the house, but it was really eclectically decorated and had a good vibe all around.

the buildings in NOLA are sooo cute
I definitely took way too many pictures
at night, the city comes alive in a new way, with lots of live music and people on the streets

We spent most of our time in New Orleans just walking around the city, soaking in the beautiful streets, live music, and good weather. I bought a math textbook and a book of french poetry at a used bookstore. Amber bought a vinyl record of some obscure rock band. We saw a drag show. We ate lots of delicious cajun cuisine, which Sophia, foodie that she is, was responsible for directing us to. We relaxed, and we didn’t think about school or work or anything, really.

that's me, about to get on the tram. I reallly like the new orleans street cars
amber in a record shop
amber and sophia on the tram at night
a small sample of the food we ate: here, crawfish boil!!
a po-boy sandwich with fried shrimp (not pictured: alligator bites on the side)
here's taylor holding a beignet in front of the mississippi river

On our last full day in New Orleans, a severe storm came into the area. We were out in the city when the wind started really picking up, the sky became overcast, and the shops started closing up. It was honestly a little spooky to see the city empty out in the middle of the day, and we decided to take it as a sign to go back to the hostel and wait the storm out. It’s a good thing we did, too, since the rain came down hard soon after we had gotten back to our room. What’s more, that evening two tornadoes struck New Orleans, thankfully far from where we were, but still… scary stuff. So, we spent the evening at the hostel, just kind of hanging out and relaxing. The storm had left us with one with one thing on our to-do list, which was to get our fortunes read (NOLA is famous for its fortune-tellers), so we decided that the next morning we’d get up extra early to check that off of our list before getting a car and driving to Texas.

Of course, nothing is that simple. The following morning it turned out that all the fortune-tellers in the French Quarter of the city are much too expensive, and we’re college students, after all, so we settled for buying a deck of tarot cards and eating some beignets for breakfast. We then packed up all of our stuff, checked out, and headed to the airport, where we had a reservation to rent a car. Texas awaits, we’re supposed to go see some alligators in a swamp on the way there. Except, again, nothing is that simple! At the airport, we’re told that in order to rent a car, you have to be a) 20 years of age, b) have a driver’s license, and c) pay with your own credit card. In our group of four, everyone met two of the criteria, but no one met all three….⁠04 I'm from NYC, of course I can't drive... Hard as we tried to argue with the car rental service, there was simply no way we could get a car. Without a car, there’s really no good way to get from New Orleans to Houston, and there’s really nothing good to do in Houston on foot. So, after a lot of deliberation, we decided to cut the trip short and instead just go back to the Northeast. Amber flew directly to a writing conference she was attending that weekend, while the rest of us flew to NYC to spend a couple of days at our respective homes.

And so I ended up back home, in NYC. Although I had not originally intended to go home over break, I’m actually quite glad that things worked out in this way. I’ve said it before, but MIT is fundamentally exhausting. Good and bad exhaustion weave together to form the never-ending firehose, and there’s really no escaping it unless you physically leave campus.⁠05 at least for me, maybe other people have better coping mechanisms and work/life balance At the same time, travel can be exhausting, even when it is fun, so sitting at home with nothing to do for a couple of days was definitely a good move. Of course, I never actually have “nothing to do,” and I did spend a bit of my time at home stressing over all the work I wasn’t doing: I had to finish my spread for Infinite, I was behind on my UROP work, etc, etc. Mostly, though, I recognized that I was too exhausted to be productive, so I spent my time taking baths, wandering in the city, and hanging out with some of my friends from home. I thought a lot, I came to some conclusions, and didn’t come to others. It was nice. In the end, I went back to MIT with a fresh sense of direction, and a little bit more energy in the tank to finish the rest of the semester. 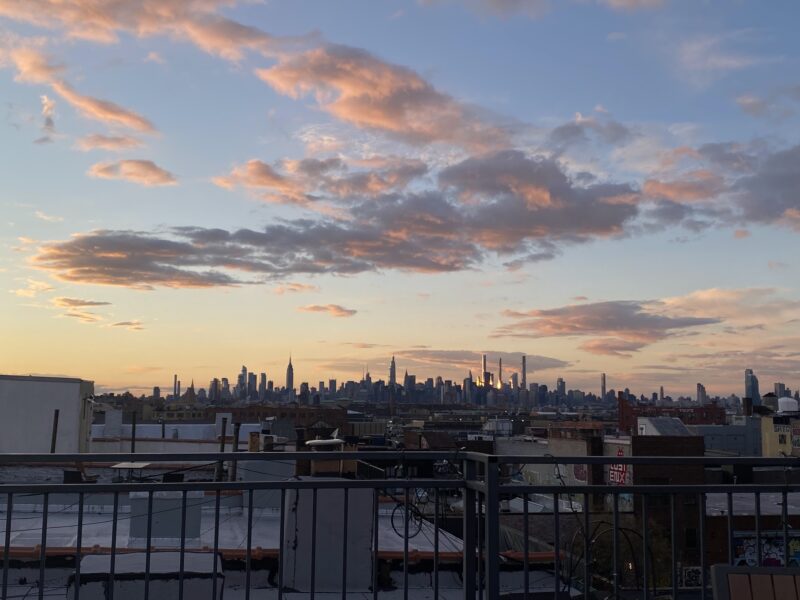