As of one week ago, it is officially summer!!!⁠01 and oh boy does the weather know it... i swear it jumped like 5 degrees celsius as soon as the solstice came around Here’s what I’m up to :D

In like November/December (which seems so long ago now), the concept of summer wasn’t real to me. I couldn’t visualize my actual self having a summer, only what The Ideal Nonexistent MIT Student would be doing in my place. So I applied to some fancy-dancy computer science internships and got some much-less-fancy rejection emails. (Which wasn’t too surprising, given my relative lack of related experience.) This did not particularly get me down, however, because over the winter break I realized that it was my actual self, and not the Ideal MIT Student, who would be existing this summer. And my actual self really wanted to go home for the summer. Like, REALLY wanted to go home. I missed my parents, my house, my city, my dog, my friends…

So I googled for the email addresses of some professors at the university near home, sent out “cold emails” aka begged strangers for a job, and three Skype interviews later, here I am! It turns out that me and my very weird and variegated resume (programming, Latin, linguistics…) are just right for a very particular project: looking at DEEDS, or the *clears throat* Documents of Early England Data Set. 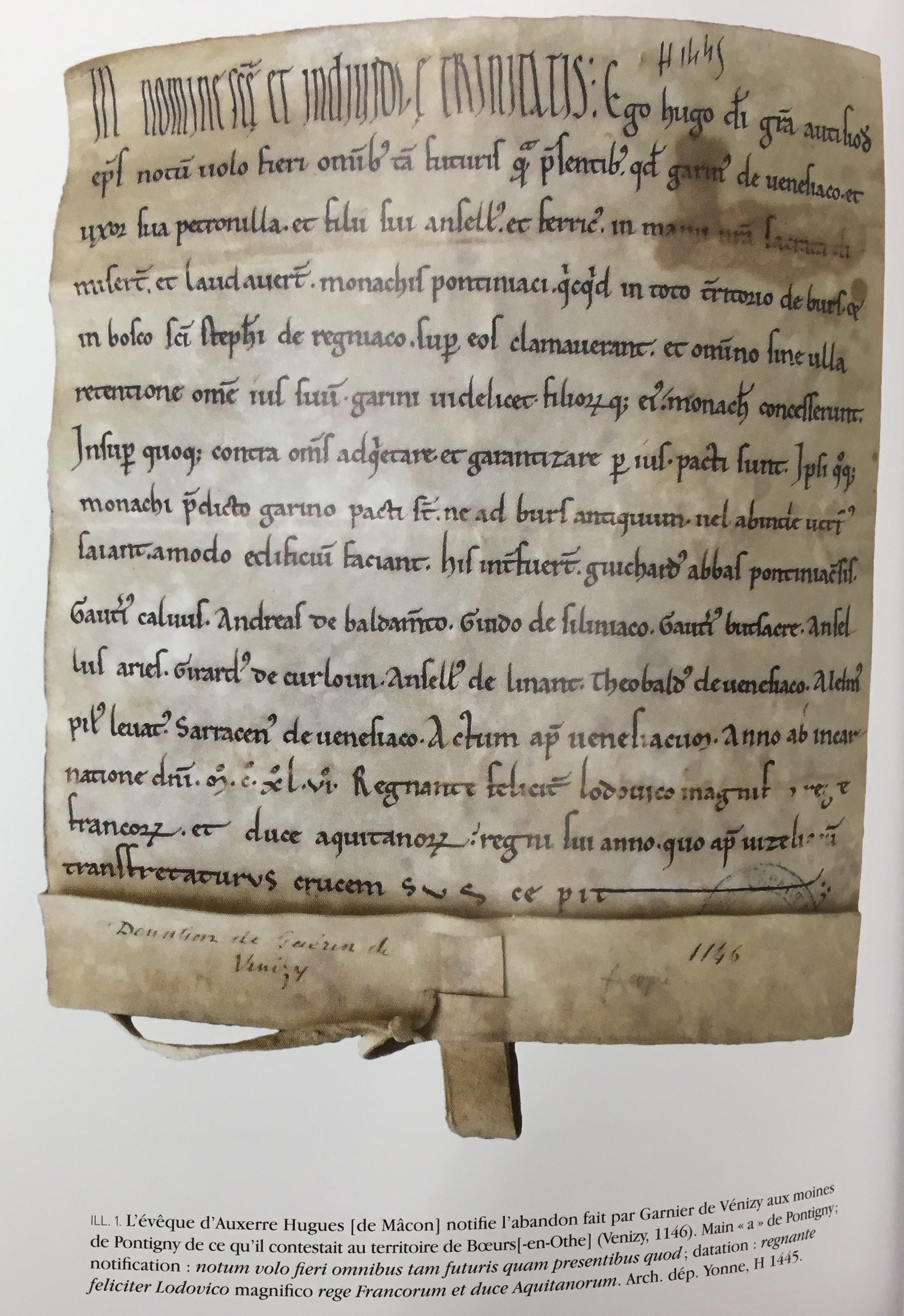 Here’s a real contract! The picture is from the French book Les Pratiques de L’Écrit Dans Les Abbayes Cisterciennes, and the caption in French is describing the subject of the contract (some land being given to monks from Pontigny).

The background is that in medieval England, every time a contract was drawn up for land or property transfer, it was monks who did the writing (since, uh, writing is hard if you are a peasant). They wrote in Latin, of course, on vellum.⁠02 aka pieces of animal skin Over time, the vellum fell apart, and all the little pieces of it were hard to keep track of. The contracts were recopied into big paper books, or cartularies, full of lots of different contracts, about different people and places and things. So although we still have the Latin words themselves, a lot of the original info about the contracts (say, when they were written, where, or by whom) has been lost.

Enter: natural language processing! My job is to work together with some other people with different skillsets and backgrounds⁠03 for example, statistics! i know no statistics, but hot diggity am i very rapidly figuring some out. to try to analyze the wording of the contracts and draw some useful conclusions. Did different orders of monks each have some words or phrases that were particular to them? What does that tell us about those orders (perhaps geographical location, or something about their values or faith…)?

Maybe right now you’re thinking wow, that sounds really boring (like one of my friends said after I told him about my summer job — you know who you are! ;) But I think it’s just the coolest thing 😍 I get to write code, attempt and fail to translate medieval Latin,⁠04 it's actually pretty different from classical Latin in terms of vocabulary, and much less well documented -- if anyone knows of a good dictionary, plssss hit me up! and learn a bit of history too along the way.

And you know what? Except for all the sitting,⁠05 oh my god, so much sitting, i'm actually developing back problems having a job is pretty dang awesome. This is not a particularly Hot Take, but wow… getting to go home at 5 pm and have the rest of the night to yourself, rather than having psets and essays and quiz prep follow you home, is incredible. I get to cook dinner with my parents! Or go out with my friends! My mom and I are lifting weights at the YMCA together, and I think I’m going to start running with my dad.⁠06 we run at the nearby high school track, and public school only just got out for the summer

My city is such a beautiful place: filled with flowers and buildings and people. 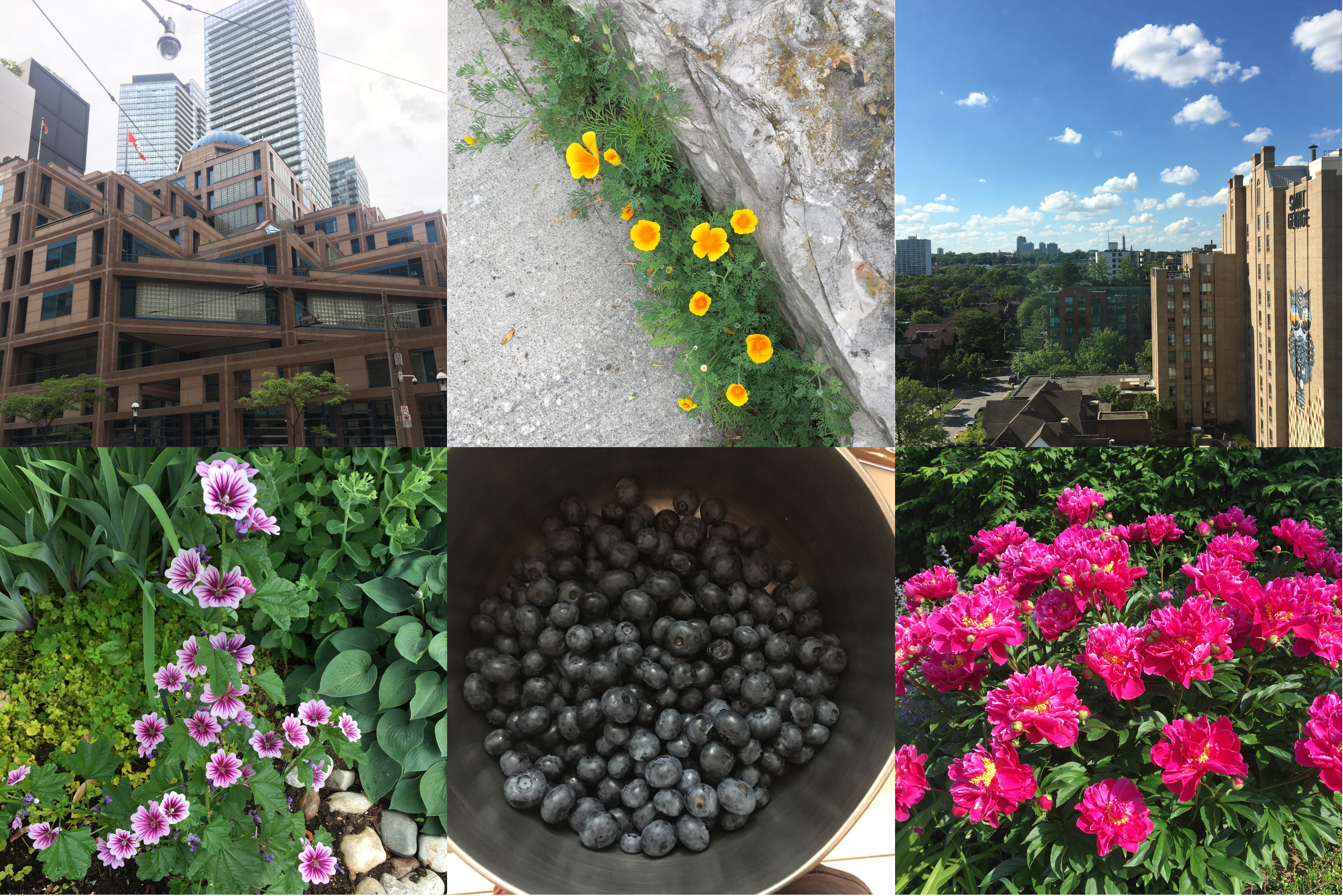 There is much more ahead of me: the fall, new classes, a new room, catching up with MIT friends… but for now there is lunch in the sun with friends, a small dog who welcomes me home each night, cooking with my family and coding with a purpose, and life is very, very good.