Ten years at MIT for me 🎂 by Chris Peterson SM '13

All dates are auspicious, but some more than others. For me, August 10th will always hold a special significance⁠01 Beyond the <a href="https://books.google.com/books?id=alZJ6--uhyUC&printsec=frontcover&dq=amber+spyglass&hl=en&sa=X&ved=2ahUKEwiP16Lho_vjAhWIUt8KHXIJAtcQ6AEwAHoECAAQAg#v=onepage&q=august&f=false">matter in Lisbon</a>, I mean. as the day I began my life and work at MIT, ten years ago today.

I’ve been thinking about what I wanted to put in this blog post for some time. The problem is that talking about what MIT, and more importantly its people, has taught me, and what this institution and the work of admissions has meant to me, is too enormous, too totalizing,⁠02 I remember, shortly after I got my job I think, learning from a friend that my high school robotics coach, Neil Rosenberg, had gone to MIT. I went in to talk with him and told him and he congratulated me. I asked him to tell me about MIT, and he sort of spread his hands with a rueful expression and said to me "That’s like asking me to tell you about God." I was confused then, but I understand it now. a topic to actually write about in a comprehensive way in a single blog post. So I’ve decided to adopt a strategy that I learned from grad school and marathon training to dispense with the doomed ambition and just break it up into chunks, with this one being narratively unstructured and painfully sentimental.

Over the next few weeks, I have a few topics I want to write about, reflecting on things I’ve learned and things that are still mysterious to me; the people I’ve met and the experiences I’ve had; and what the role this blog, in particular, has played in my career and how that’s oddly gotten harder, not easier, over time. But today, I just wanted to mark the passage of time.

When people ask me how I got my start in admissions, I tell them, not inaccurately, that, as someone with an degree in an interesting but impractical field from a state university graduating into the teeth of the Great Recession, I applied to 63 jobs that spring and the only one that called me back was this one, the job I’ve had ever since. This is the truth, but it is not the whole truth, because it belies the fact that of all those jobs this was the one I found close to last but was also the most excited about from the moment I read the posting, which was for Admissions Counselor for Web Communications, to work on the blogs and help think about the fledgling system of social media (Facebook had only just barely opened to people who weren’t college students).

Unfortunately, I’ve lost the job posting and initial interview requirements somewhere several email addresses ago, but I do remember that Matt, who was running the job search, asked all of the applicants for the role to make a short video addressing a hypothetical rural applicant from Beulah-Hazen who got a 35 on her ACT but was afraid of applying to a school so far away from home. And here’s the video I made, with iMovie, at age 22 in a mildewy uninsulated bedroom in a decrepit townhouse in Belchertown, Massachusetts.

For some reason, they hired me anyway. I was placed in what we called the “forced-triple” — a cubicle designed for two people but seating three — in 10-100, the visitor’s center, and started my first day in a blitz of answering questions and trying to learn everything I could about this institution I knew nothing about so I could help people understand it. 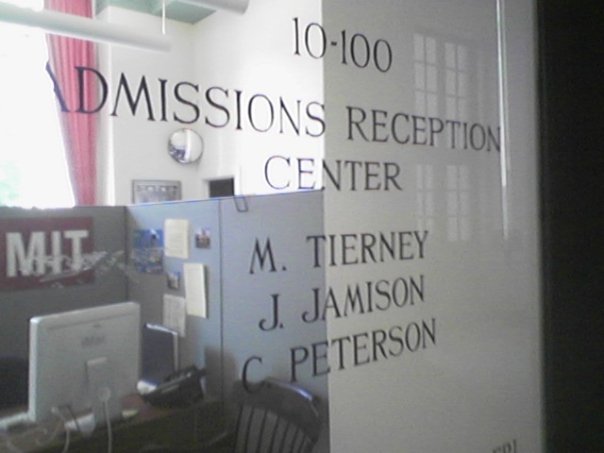 And then, I looked up, and ten years had gone by. I have way less hair, and, I hope, a little more good sense than I did when I began. I have a grad degree and a grad rat. But, most importantly, and transformatively, I have more friends, mentors, and fellow travelers than I could have ever dreamed.

In truth, I never planned to be at MIT for this long. I thought I’d leave for law school or be driven out by some sketchy business or snobby elitism: indeed, the first thing I did when I got my paycheck was start saving up a “walk-away” fund so I could always quit on account of conscience. But instead, I found out that I’d joined a team led by people I admired, with values I shared, who challenged me to be better (and helped me grow to get there), doing work I thought mattered. And, meanwhile, I met the incredible students (first the bloggers, and later many more) who at first intimidated and then inspired me. And the latter thing has never gone away.

I don’t have a neat and tidy ending to this post. I just want to express my gratitude to this institution, and principally this office, for giving a goofy kid with curly blond hair and more enthusiasm than prudence a shot at trying to do some good. To all the applicants who have transformed the way I see the world, even (especially) those who didn’t come to MIT. To all the students, staff, faculty, and friends who helped make this place feel like what it has become: the best home I could imagine, for the longest I’ve ever lived anywhere. 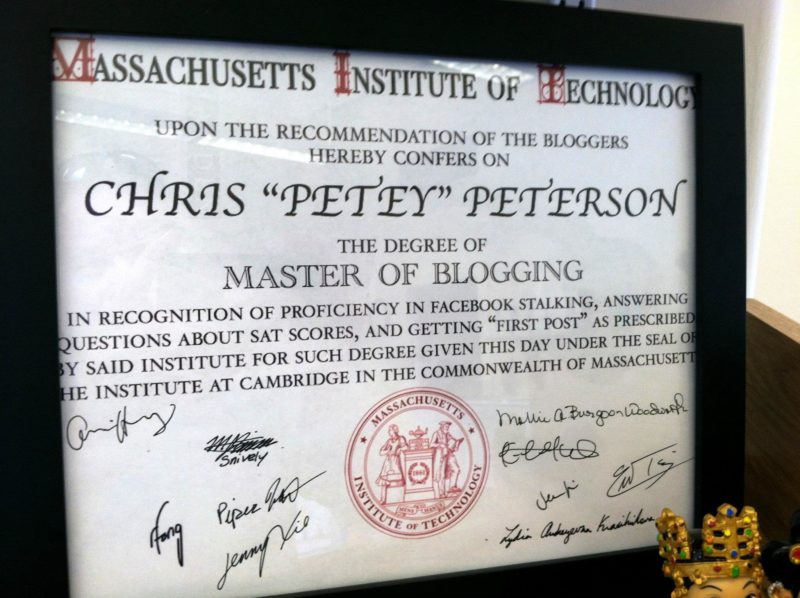 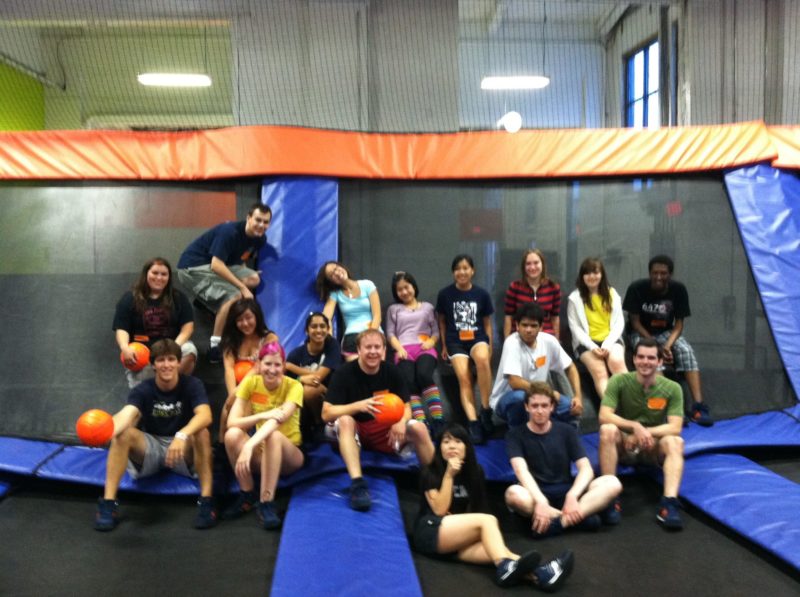 The one, and only, time we ever did blogger dodgeball 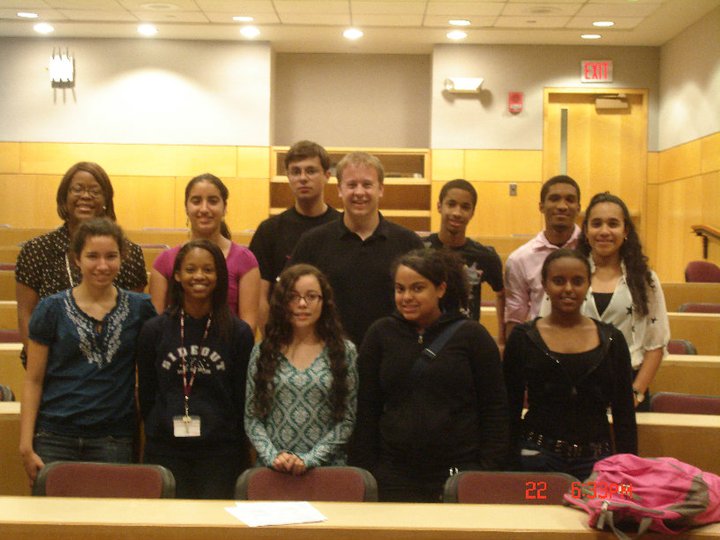 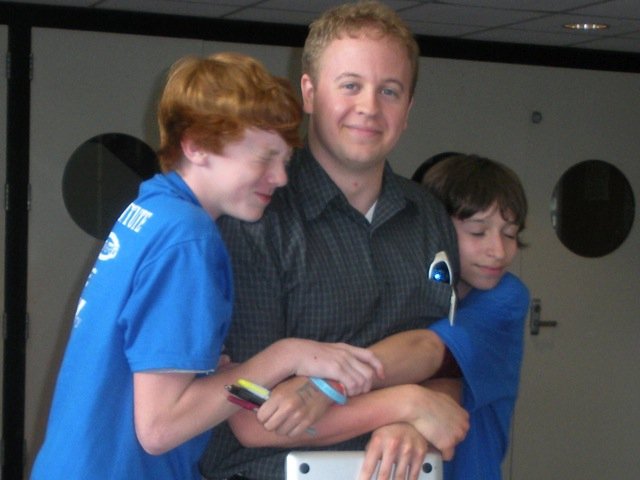 Two junior high (in ~2010) boys who came to a competition I was staffing, would not leave my table, told me they were going to hack my laptop to let themselves into MIT, and argued with me about Linux. They’re probably out of college by this point. James, Harrison: if you read this, I hope you’re well.