Four years ago, in October 2012, Lydia published a blog post titled “Meltdown” about the difficult time she was having at MIT. It was a beautiful, sad, and beautifully sad post, and it immediately resonated with hundreds, maybe thousands, of people, not only across campus, but among alumni, and even folks who aren’t affiliated with MIT but who have had a hard time. I know it did for me; I read it as a first-semester graduate student, during my own difficult time, and I could immediately understand her story, even as the details were very different from my own.

The purpose of the blogs is, and always has been, to give MIT students a place to tell their true stories, and, by doing so, to give prospective students access to the interior lives of current students; a sense of what it feels like to go to MIT. The blogs are not supposed to be a soapbox from which students propose or advance various changes, reforms, critiques, and so on. There’s The Tech for that.

But sometimes, the true stories of MIT students end up creating a change, even if that wasn’t what the author intended. I think it’s fair to say that Lydia’s blog post transformed the conversation around mental health, resilience, and student support at MIT. I’m very grateful that she blogged it.

A few weeks ago, The Tech published a profile of Lydia as part of the launch of an ongoing Portraits of Resilience series of narrative photojournalism by Professor Daniel Jackson. It’s a lovely profile, and a lovely series. I wanted to make sure that more of our prospective audiences saw it, so, with Professor Jackson’s permission, I’ve reproduced it, unedited, below. 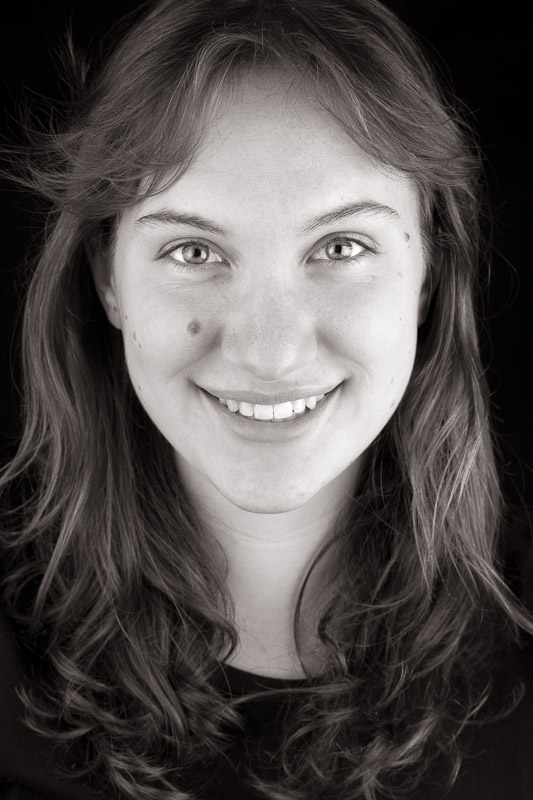 It was October 29th, 2012. My research wasn’t going too great and classes were taking up all my time. I was very stressed out and unhappy and I wasn’t exercising or sleeping or eating right or socializing very much. I was very miserable and my boyfriend and I had a big fight and we almost broke up. It was very dramatic.

I went over to visit my friend, who goes to Tufts, where they have a lot more trees and people just hang out. In the dorms at MIT, we work adjacent to each other like parallel play when you’re kids. At Tufts, I was amazed because people were just hanging out. Not with their laptops in front of them, not doing a little work in the background. Oftentimes at MIT, when you let yourself hang out, you still have a cloud looming over you of some unfinished task. There’s a lot of guilt associated with just hanging out. They didn’t have any guilt. It was just joyful, blissful, happy hanging out. It was so bizarre to me; it was so lovely.

I wrote a blog post titled “Meltdown” saying I’m hoping that this is all worth it because I came here to build myself into something better. But it really did feel like I was being stretched very, very thin. The response was incredible. A lot of people commented and a lot of people emailed me, especially alums, especially people I’d looked up to that I didn’t realize really saw me.

Shortly after, I lost my job and my grandfather died. Then it felt like when I wrote “Meltdown,” that I had had everything back then.

My parents had me young, so I spent a lot of time with my grandparents. Even after we left Russia, my grandparents on my mom’s side visited us every single summer. My maternal grandfather was diagnosed with cancer before I came to MIT. I did not think for a moment that he would die. The last time I saw him, my mom and I went to Israel where he was in the hospital to spend time with him for a week. It was actually pretty astounding. He’d lost the ability to speak and, for that week, we got our own little miracle. It was as if he was healthy. He spoke, he could walk around — it seemed like he was better. It was probably very positive for him that we came to visit. It probably made him feel very loved and cherished and that probably does wonders for fighting cancer.

Anyway, I had brought a stack of papers for a job and I was reading these papers instead of fully dedicating myself to spending time with him. That is absolutely one of my biggest regrets. That job led to nothing. It doesn’t matter what I sacrificed. It wasn’t worth it, not even a little.

It’s so important not to prioritize career over family. You don’t realize what people are doing in your life, what roles they’re playing, sometimes until they die. And you don’t know what you are holding together in other people’s lives. You might not know that you are the glue holding together so much, because you take yourself for granted, just like we take other people for granted. Before my grandfather died, he had been holding up so much. I had no idea.

Anyway, all of that fell apart. I felt like I had lost everything. I think that’s the lowest I’ve been.

I don’t think I will ever get over those things. I’m okay with that. I certainly think I’m happier now than I have been in a very long time. I have more free time, and I have a rewarding job doing research that is going to have an impact on people’s lives.

There will always be times when things are really bad. The bad things pass, you survive them, and you move on, and you get to experience awesome things down the road.

I think the mind is like a forest floor: the more you walk paths, the deeper they get and the easier it is to walk them again. When I wasn’t doing so great, there was a path falling into unhappiness, and the more I walked on it, the deeper that path got. It’s important to learn how to tell yourself, “No, I’m not thinking about that right now. As a matter of fact I’m never thinking about that; we’re done here.” Eventually, if you let it, that darker path will get covered up with leaves; the leaves will disintegrate over the winter and by spring there will be new dirt covering it. The path is still there but it’s shallow and small and you don’t have to fall into walking it.

In the meantime if you build more positive paths they will become easier and easier to find. One of the biggest realizations that I had is that happiness isn’t something that happens to you. It’s a choice. There are certain things that I know I need to do to be happy and I make the choice to do those things — first because I deserve that, second because I have things that I want to do in my life, and third because my family and the people who love me deserve that.

In order to be happy, my boyfriend and I run two or three miles a day. I don’t eat junk food or sugar except on Sundays when we run to Union Square Donuts and we eat like five donuts. Mental health and physical health are so entangled. I just know, if I want to have a good day tomorrow I need to run today, I need to not eat junk food today, and I need to go to bed on time. I just know that those are the preconditions. If your method is mental health it’s got some preconditions. You can’t expect that method to run properly when you’re not satisfying its preconditions.

If you are pouring all of your self-worth into preparing for that exam because that is the only thing you’ve been doing, then of course if you do worse than you hoped it’s going to suck. But it sucks a lot less when you have other things in your life that you’re living for. Calling my family and going on walks, that’s actually very nice. When I have a particularly bad day, sometimes my boyfriend will meet me on campus and we’ll just go on a walk.