There and Back by Bryan

This blog post was written by Mitra, Sam, and Bryan.

In 1994, one of the most popular TV shows ever began, Friends. In 2004, at the end of the series’ 10-year run, a spinoff began following Matt LeBlanc as Joey. The TV show in fact is older than many of you applying to MIT right now. collectively remove grey hairs

(disclaimer: I actually didn’t believe the math that I did in my head to write the above statement, so I wrote it down, subtracted, and then I had to walk down the hall and back as I started to shed a tear that I’m no longer young.)

In 2004, the MIT admissions blogs began following the lives of Ben, Matt, and Mitra. Soon after, Sam and I got spinoffs. The internet has never been the same since. In 2004, we also got Facebook accounts for the first time.

OK, enough about pre-2007, and what about that VH1 “Where Are They Now?” special that you’ve all been waiting for?

Bryan’s life after the blogs

Big secret: I actually was on the 10-year plan at MIT. It’s secret like the Pirate Certificate.

At the end of undergrad, I was deciding between going and working in the oil industry or pursuing a PhD. I spent about six weeks second semester of senior year racking up frequent flyer miles traveling between different states visiting different graduate schools, and realized that home is where the heart is and happily chose to switch from mechanical engineering to pursue a PhD in biological engineering at MIT. (It’s not as crazy of a leap as you might imagine). My PhD work combined proteomics with protein engineering and computational biology to try to understand how a class of cancer therapeutics worked.

I’d say grad school at MIT is a totally different experience at MIT. You’re a little more independent; there’s no well-defined path, and there’s certainly not a projected end date. That said, I happily defended my PhD in 2013, got hooded, and finally said goodbye to possibly one of the most amazing decades of my life. A lot of other things happened too: most important was my purchase of an ice cream maker.

As for what I’m up to right now: I am packing up that first apartment I moved into after college to move down the red line. As for my day job, I’m trying to combine my experience in biological engineering with my interests in infectious disease. More specifically, I’m building new tools to study the interaction between tuberculosis and its host.

I never really knew how blogging would affect my experience at MIT and especially how it would affect my experience after MIT but going back to read older entries now, I realize that it made the experience much richer than I could ever realize because it made me stop, smell the roses, and stop freaking about the next pset. (Warning to everyone who ever goes to MIT or is there now: give yourself a break to LIVE. Take stretch/dance/yoga breaks. Don’t think that you have to be working or occupied all the time!!!)

When I was applying to MIT, I got something in the mail. The website was BORING. I went to the post office to mail in an application at midnight December 30th and got in my first fight with my mom about how I was irresponsible waiting until the last minute. This was all for some godforsaken school that none of my teachers in high school thought I should be going to because it was some crazy place.

Let me not mince words. In high school, the image many of my teachers created of MIT was one where the scenes were all grey, everyone was sad, and you were going to feel by yourself. I don’t know where they got this information. None of my teachers really ever sent one of their students off to MIT, much less someone who was a person of color, or gay, or unbelievably uncoordinated in any form of motion that involved putting one foot in front of the other (I’m prone to tripping over myself), so I wasn’t getting a lot of encouragement It wasn’t until CPW that MIT became a real place (think to yourself Charlie walking into Willy Wonka’s factory for the first time). I started to find people like me (“Oh, you sometimes walk down the hall thinking of number patterns in your head? Cool!”). The whole concept of “people like me” took on such a deeper and broader meaning than I could ever dreamed, but that could be a blog piece by itself.

What I began to experience that weekend was what I think the blogs created for people much sooner, a community, a home away from home. Not only did you see an MIT that came in the mail in the form of a glossy publication, you also got an unfiltered view straight from the mouth of people living there. MIT seems much more real than it ever did when I was applying. I wouldn’t have had to worry about if I would have fun or fit in or fail miserably. I would learn that I would do all three and still graduate with two degrees. (Yes, I failed a test once. I cried about it and then I went to La Verdes and bought a pint of ice cream, and then went up to the reading room to study for the next test.)

Sam’s life after the blogs

I just read Ben’s post this morning about the history of the blogs and their influence on the college admissions community, and I have to say, it’s something that I can never quite believe–because
I had no idea what I was doing at the time! While Bryan and Mitra were writing somewhat coherent entries about student life and the concerns of prefrosh, I feel like I was always just rambling on about, say, a sandwich I ate at the student center, or a new haircut I got in
Germany, or a weird dream I had, or a weird dream I didn’t have because I forgot to sleep for three consecutive days. Who would have wanted to read any of that?

But, yeah, I guess there was above-the-fold cover story in the New York Times, and I actually just got recognized as an MITblogger by a Berkeley ’12 earlier this year in the bulk foods section of Rainbow Grocery. So, someone was actually out there reading. Thanks to all of you!

(N.B., Bryan, my “wow I’m old” landmark for this year came when I was talking to a rising college freshman about Star Wars earlier this year, and realizing that he was three years old when Episode 1 came out–and he doesn’t even remember a world before Attack of the Clones)

So since MIT? As you may remember, I moved out to Berkeley after graduation, mostly because I knew that Mitra was going to be across the bay from San Francisco. Five (or six?) years later, I left Berkeley with a Ph.D. in Course 10, or whatever they call it in the real world. Then I went to Europe, went on a hike, cleared my head, and took a job at Siluria Technologies. We’re trying to turning natural gas into things like plastic and transportation fuel, in part using technology spun out of the Belcher Lab… at MIT. Something always brings me back to you, gravity.

So far I have found life in San Francisco fairly similar to my years in Cambridge except the transit isn’t as good, and there is more fog and kale. And I still do go back and read some of my old MITblog entries from time to time when I get nostalgic. Honestly, I really do value having had the opportunity to chronicle here everything that was going on in my life for a couple years–thinking and then writing down your thoughts is such a great habit, for so many reasons. With a little googling, you may even be able to find some of my more recent writings, most of them also about fog and kale.

I still wear my brass rat every day, I still see someone or other from MIT every week, and I still celebrate 5/12 as my own private National Organic Chemistry Day every year. In life, as in MITblogging, the more things change, the more they stay the same.

Mitra’s life after the blogs

As some of you know, I was the first MIT student blogger, back when we called them “photo journals.” Almost exactly 10 years later, I am rushing to write this blog entry because I have a ton of work to do for my employer (a company founded by two MIT folks) and I was out late last night at the Jay-Z Beyonce “On the Run” concert… so basically nothing in my life has changed since graduating from MIT.

If you were wondering what happened to the trio known as Mitra, Sam, and Bryan…

We did not go the way of N’Sync, breaking up and not even getting an invite to the JT’s wedding. 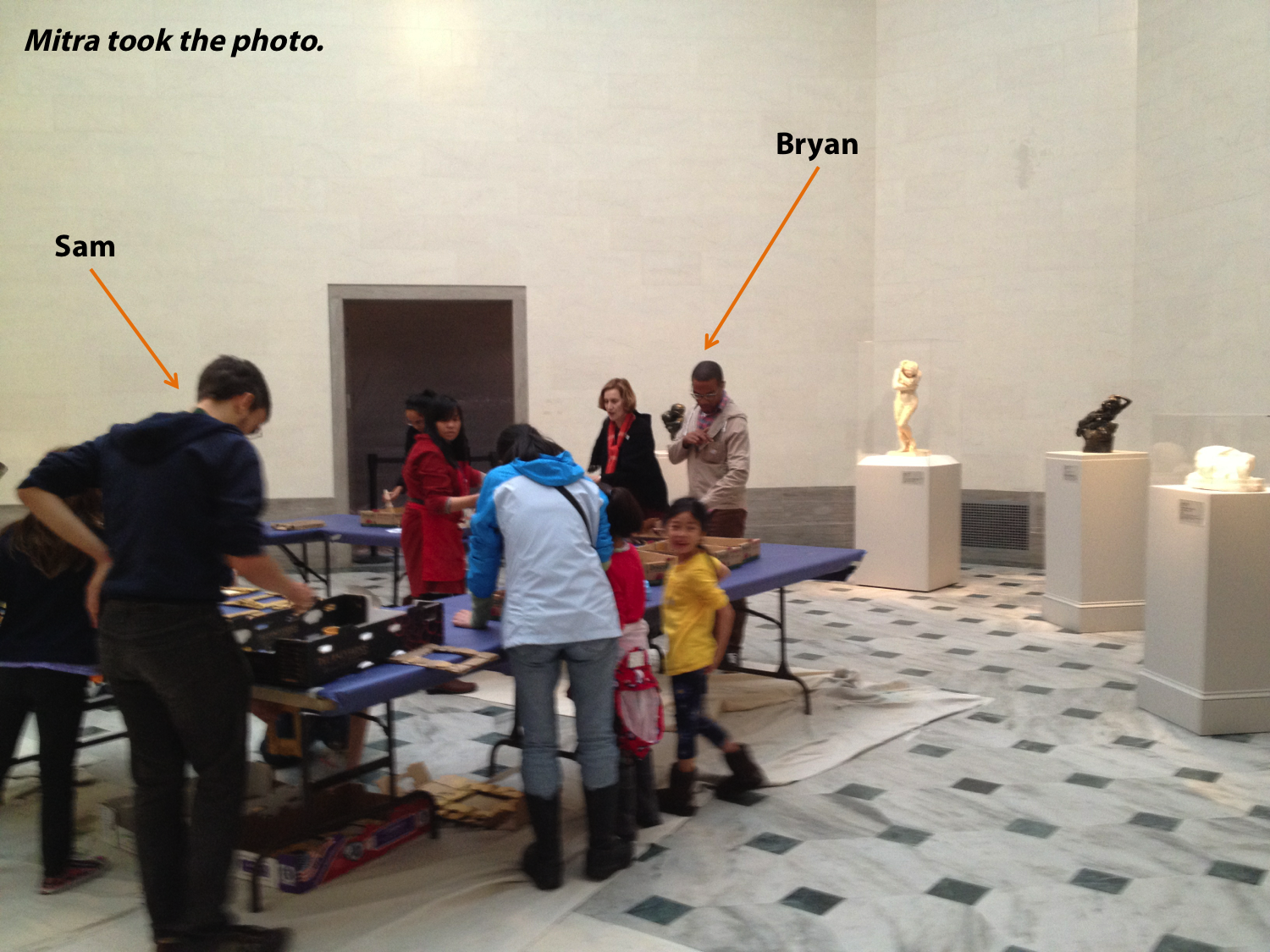 Mitra and Bryan took a trip to China in 2010 with other friends from MIT. 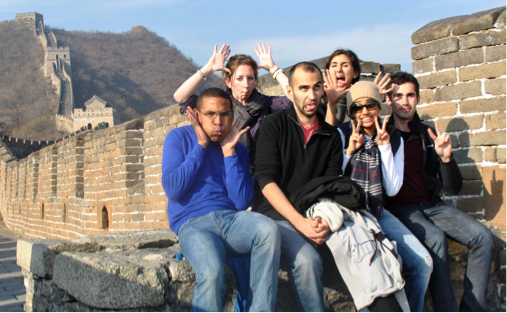 Mitra is Sam’s maid of honor.

Our couches have all been used as each other’s guest bed. (Sam: In fact, Bryan, I just got a new couch–when are you coming back to the West Coast?)