I’m blogging this from a Starbucks in Phoenix. I’m sweating, partially because it’s hot even inside with the AC nominally blasting, and partially because I just ate so much BBQ I’m worried I might actually pass out.

More on that later.

I’m in Phoenix for the 2016 Intel International Science and Engineering Fair, the world’s largest math, science, and engineering research fair for high school students. Every year, millions of high school students across the world enter their local science fairs. The best students will often proceed to ISEF-affiliated regional fairs, and then state and/or national fairs. Ultimately, the top ~1,700 students will qualify to attend ISEF as finalists and present their work to expert judges to qualify for more than $4,000,000 in scholarships, Special Awards (which are awarded by partner organizations), and Grand Awards (which are awarded by the ISEF judges). 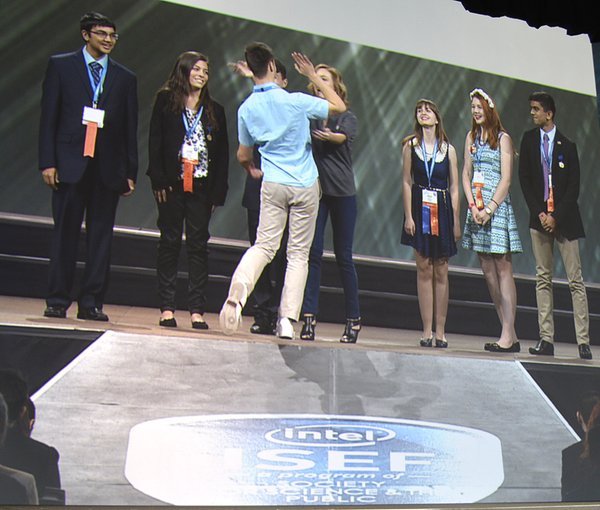 (Note: before I came to MIT, I did not know ISEF existed. No one at my small high school did research, and we had, to the best of my knowledge, no affiliated fairs. I’ve since learned, however, that many talented, smart students not only distinguish themselves by doing high-level research as high schoolers, but also love doing so, and find communities of intellectual and social peers through them. Participation in ISEF or other research programs is neither a requirement nor expectation of applicants to MIT; most of our admitted students did not do so. However, they can be great experiences for the right sort of student. So if, like me ~10 years ago, this is the first you’ve heard of ISEF, and you want to do smart nerdy things with smart nerdy people, you might want to check them out).

I attended ISEF for the same reason I attend the International Olympiad of Informatics or FIRST Robotics World Championships: because there are many students there who would love to attend MIT and who are well-matched to our particular institutions. Every year we admit dozens of students who have been to ISEF at least once, and many more who progressed to some level of the affiliated fairs, as well as a handful of students who have won a Special or Grand Award and distinguished themselves as one of the most promising young researchers of their generation. Some ISEF alumni, like Feng Zhang, are even on the MIT faculty.

I got into Phoenix around 3AM on Thursday morning after a long, delayed, and long-delayed flight from Boston. After a nap at my hotel I went down to the Phoenix Convention Center for ISEF Public Day, when the project hall is open to members of the general public for viewing and when all finalists must be at their booths to help explain their research. Projects are sorted into 22 categories of math, science, and engineering, which as far as I can tell is mostly a convenience for organizing judging; plenty of the projects are ‘interdisciplinary’ in topic and method, and the finalists are well-prepared to help intelligent but inexpert laypeople understand their work.

I spent most of Thursday morning roaming the project hall, saying hi to some of the admitted 2020s who were there and listening to exhausted, excited underclassmen pitch their projects. It’s impossible to see everyone at ISEF, especially only in a single day, but I got to hear about a lot of awesome projects, most of which were far beyond my technical comprehension but nonetheless endlessly interesting to hear about. I generally find that, even if I don’t understand the technical details of a student’s project, I can still have a good conversation with almost anyone about their research process: how they identified and framed a problem, selected methods, incorporated or extended prior work, and where they hope to proceed. My own research has always been more on the SHASS side than the STEM side, but certain fundamental aspects of what it feels like to conduct independent research transcend disciplinary boundaries and academic domains. Ultimately, research is about trying to figure out something no one knows yet, and requires just trying a lot of different stuff until you find something that helps you make your understanding of reality seem somewhat less broken. If you have the kind of brain that likes doing that, then I think you can sort of ‘get’ the point of any research project even if the details elude comprehension.

After wandering the hall for a few hours I got a quick lunch at Tommy Pastrami’s and then headed into the symposium halls to give a talk on how to talk about your research in the college admissions process with my friend Jamilla, who is an admissions officer at Harvey Mudd and with whom I once shared an office at MIT when we both got our start in the profession. As you can see from the slides, the talk was pretty basic, in large part because the form of our presentation, like the advice it imparted, was to keep it simple, stupid. I’ll blog more about our research portfolio later this summer, but the upshot is that we just look for students to describe their project in simple terms for the intelligent layperson, and to help us understand the underlying motivation for and method of conducting their research. Most admissions officers are not subject-matter experts in your particular subfield of a subfield; instead, what they’re trying to assess are high-level (or low-level, perhaps?) attributes like how you approach problems, what motivates you to do research, how you’ve taken advantage of opportunities, and so on. The room was full to capacity; after we finished the talk in half an hour or so, we answered individual questions for almost an hour afterwards.

Once the talk ended I met a bunch of the students we had admitted to the Class of 2020 and took them out for ice cream. The ISEF ice cream reunion is a bit of an office tradition and in the Arizona heat it felt pretty necessary. 38 of the students we admitted to the Class of 2020 were ISEF finalists this year, and 22 of them are enrolling at MIT, so it was a nice way to get the gang back together after CPW and before everyone goes to college. 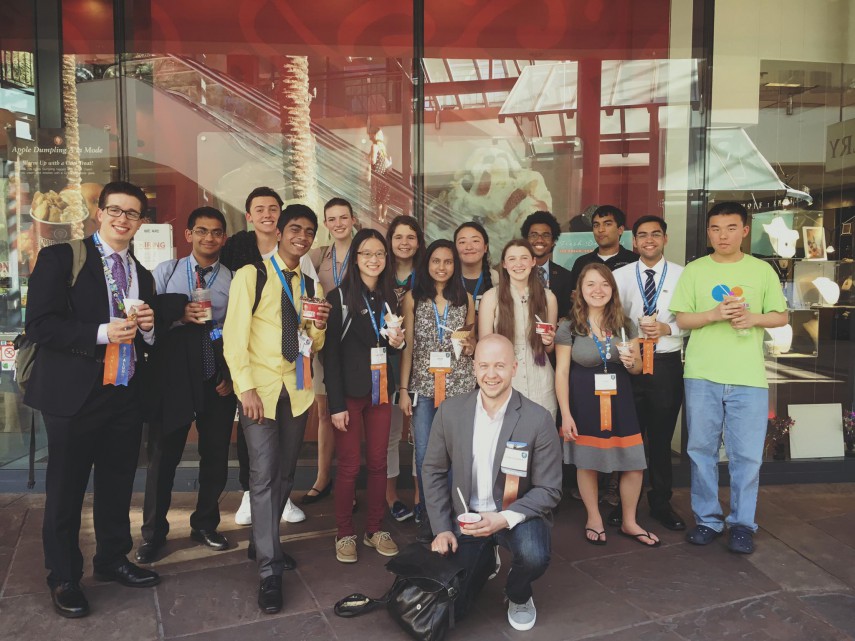 Picture from the ice cream reunion; most, though not all, of these adMITs are enrolling this fall

After that, I went to a small reception for sponsors and partners and other Important People, where I briefly schmoozed and hobnobbed and fraternized and otherwise discoursed with people in elegant attire much unlike my own. As the Special Awards began, I slipped away to return to my hotel and collapse jetlagged at an unreasonably early hour.

This morning, I awoke at 3AM local time, which makes sense because I’m pretty hardwired at this point to wake up at 6AM or earlier Eastern. I went to the gym, returned to the hotel, ironed my shirt, and drove back downtown for the Grand Awards. I wish I had taken a picture of the Grand Awards, because it’s always an incredibly well-staged event, right down to the actual stage itself, which is always enormous in a way that communicates the grandeur of the ceremony while somehow not dwarfing the award winners who stroll out from a crowd of ~1,700 to take their place as one of the most distinguished young researchers in the world. The cheering and roaring and happily shocked students never fails to make me smile. 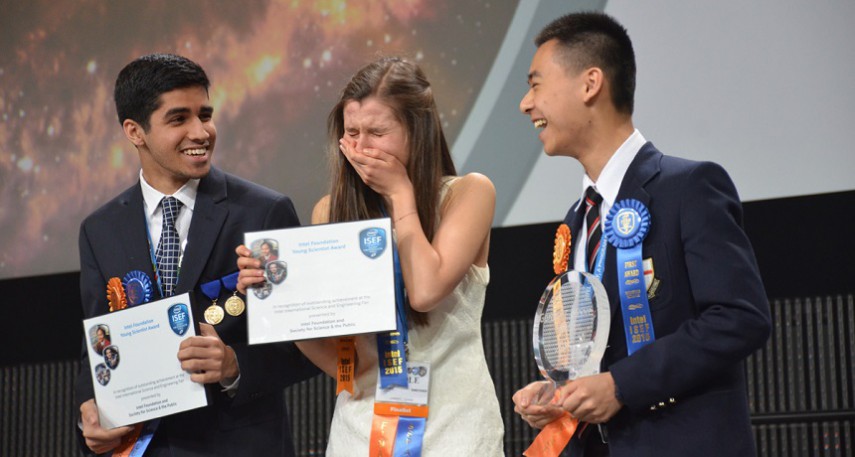 As I said, there were 22 finalists at ISEF 2016 who will be enrolling at MIT. I always hesitate to post these kinds of things on the blogs because I don’t want people to mistakenly think they have to do (or do well at) ISEF to get admitted to MIT. In this case, a) since we admitted these students before they went to ISEF, hopefully it’s evident, from the perspective of naive causality, that it isn’t because they went to ISEF, and b) I think it’s pretty cool that we have so many internationally renowned researchers in the Class of 2020, so I wanted to recognize them. Here are the projects they presented at ISEF, ordered alphabetically by first name and including their category and any Grand Awards they won at this year’s fair:

And there was much rejoicing.

After the Grand Awards, I got back in my car and drove to Little Miss BBQ, a legendary restaurant in Phoenix that my buddy Charlie had told me I should visit. When I arrived, I had to wait in line just to park, whereupon I was confronted by another line, in 104F midday heat, to order. I was told it would be worth the wait, so I did. I waited about an hour. And it was worth it. 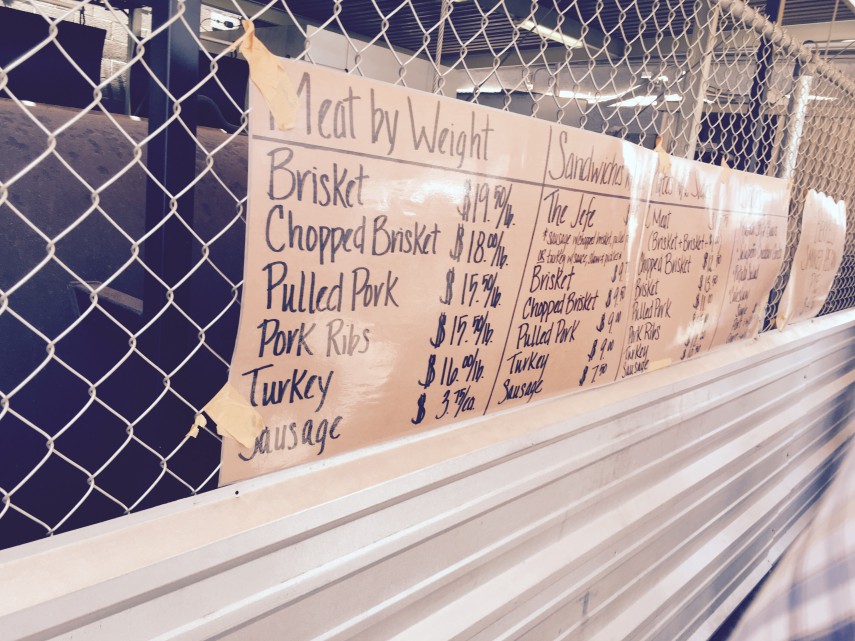 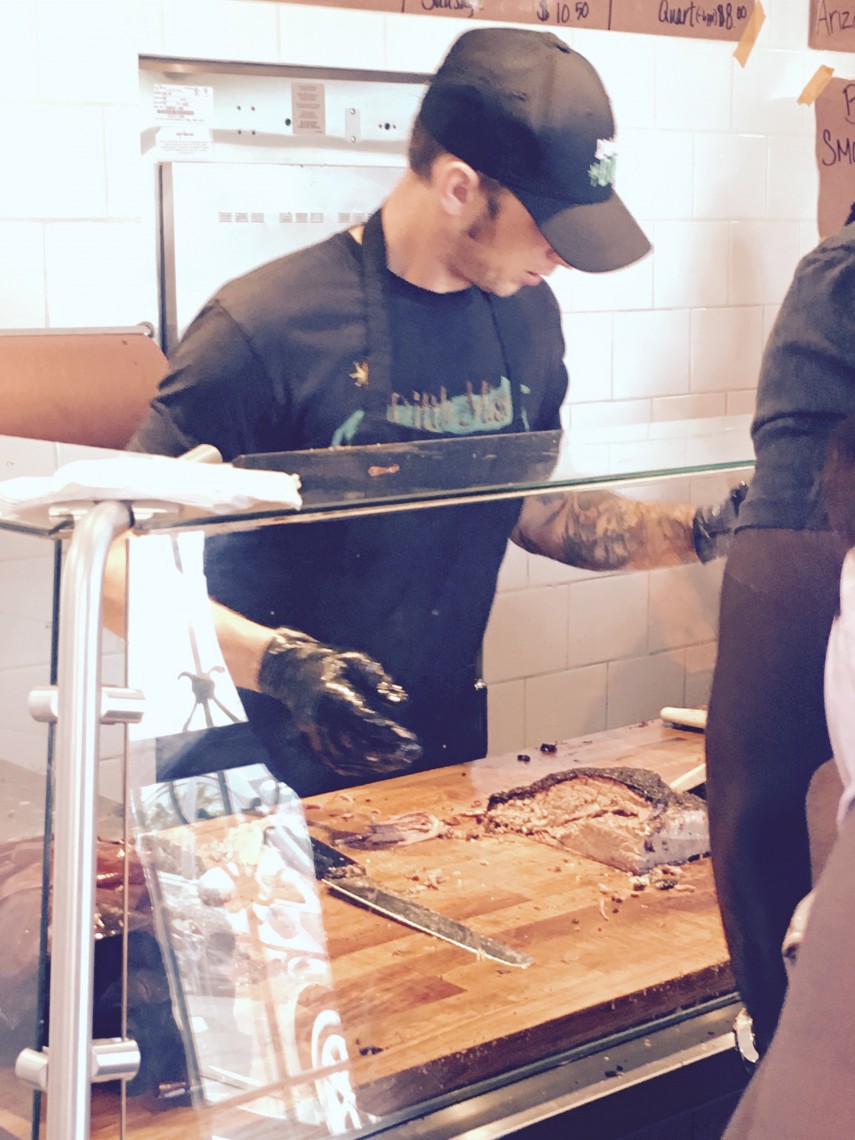 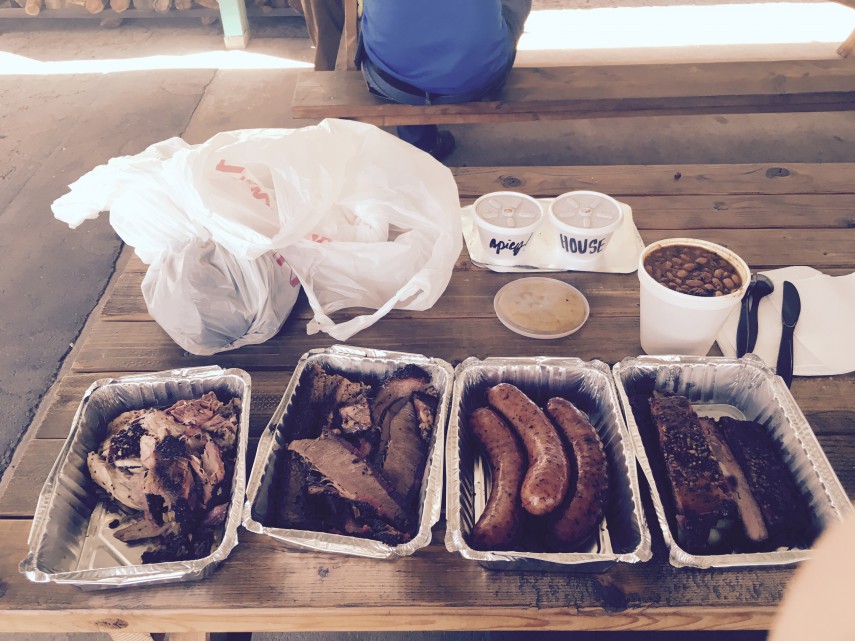 I bought about three pounds of meat, some ranch beans, and a personal pecan pie, and ate almost all of it right there under a tent, cooking like meat in the desert heat. And that’s why, two hours later, I’m still sweating, and struggling to stay awake, in a Starbucks in Phoenix, head full of science, belly full of BBQ, blogging about ISEF until my redeye home.

This has been your 2016 ISEF trip report! See you in Los Angeles in 2017, when I will talk to more nerds and eat a ton of tacos, probably.