I blame my absence on musical theatre.

At the end of January (our Independent Activities Period) I made a promise to the rational, logic-based region of my brain: a promise that I would never, ever, perform in a musical during the semester.

Rational Part Of Brain: “You got your fix during IAP, in Hack Punt Tool! AND it was a musical that MIT students wrote. No musical will ever be more fun than that. Also, you can’t sing, so you won’t get a big part anyway. You got a decent part in Hack Punt Tool because it was about MIT students and you are, for whatever reason, really good at acting like an MIT student.”
Me: “But what about going to college and trying new things? Also, Hack Punt Tool was REALLY fun, and even though I can’t sing to save my life, I enjoy it.”
Rational Part Of Brain: “You like sleep way too much for a during-the-semester musical to be fun.”
Me: “Yeah, you’re right. I won’t audition.”

Auditions for the Spring musical rolled around in February – the Musical Theatre Guild was putting on “Urinetown“, which I had never heard of, and wasn’t particularly keen on hearing more about, given that title.

So, of course, my friend managed to persuade me to print some sheet music and go to auditions. 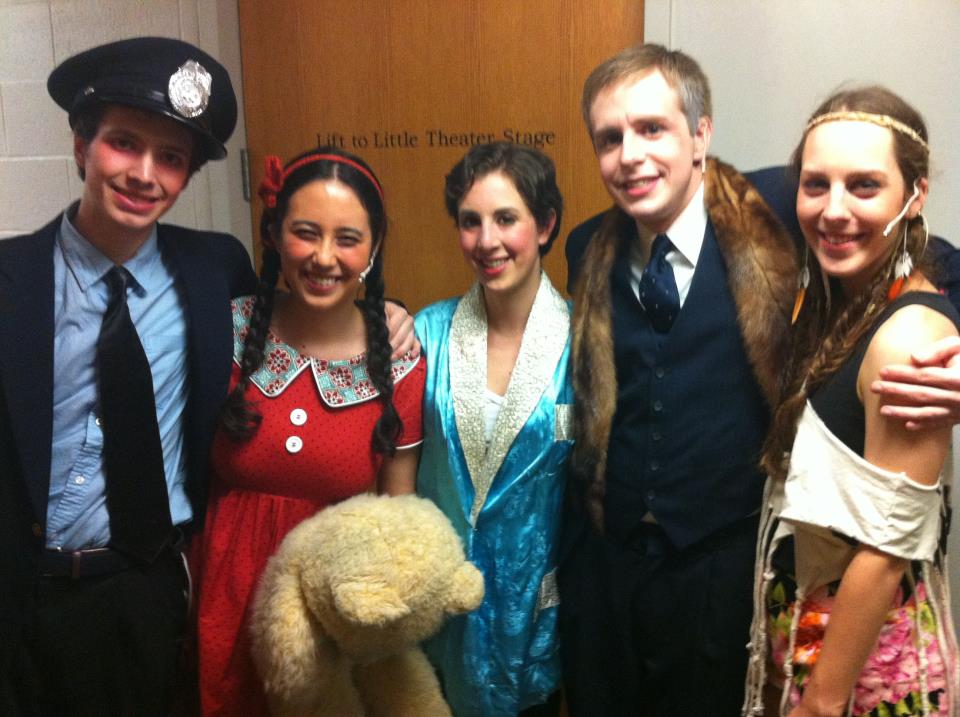 I’m the one who looks like she’s six years old.
After what felt like an eternity, the stage manager called “PLACES!” and we shuffled backstage. Audience sounds. Audience sounds. Rational Part Of Brain laughed, and I shut it up.
Overture. We danced with each other in the dark, happy to find a physical way to freak out.
End overture. Lights up: cue for Carlos-the-brain-and-cog-sci-grad-student who played Officer Lockstock, to enter. For those of you who aren’t familiar with Urinetown, Little Sally and Officer Lockstock are buddy-buddy.
On stage: 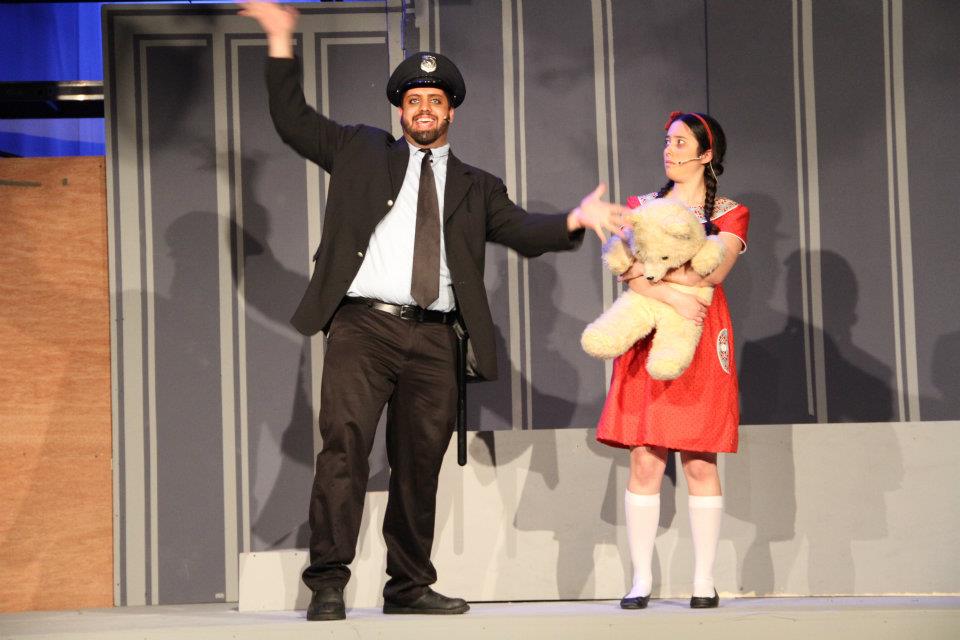 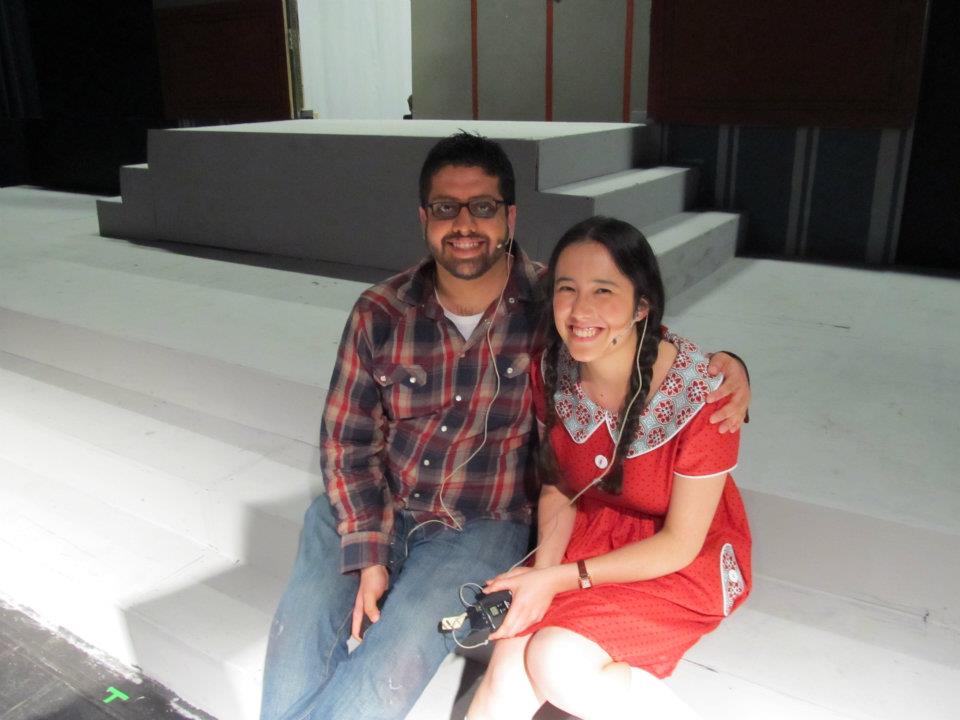 Carlos and I exchanged a high five, the door swung open, he disappeared onstage – and the show started.
“Well, hello there!” I heard him say. “And welcome…to Urinetown.”
Something fabulous about performance in general: you don’t see us, and maybe you don’t think we exist offstage, but I assure you that we’re there, and supporting our fellow actors and actresses. You work together to put on a production. One person’s gaffe is everyone’s big failure. Similarly, we share every little success.
Something fabulous about musical theatre at MIT: people who are super-serious, going-professional about musical theatre don’t swarm here in droves. That leaves a lot of opportunity for those of us who have next-to-no musical theatre experience, but want to give it a shot. In particular, the Musical Theatre Guild (MTG) has (what I think is) an awesome rule that prioritizes MIT undergraduates students in casting. Sure, a local could walk in off the street and perform with us, but they won’t get a big role unless no MIT student could fill it well enough. Obviously, singing and acting ability is still taken into consideration (and you’re not going to get a part if you really can’t sing at all) but you don’t have to be the best of the best, or have lots of experience, to take part.
I like that priority system – it allows people who, like me, aren’t necessarily awesome singers but who love performing – to try something entirely new.
Anyway. Where were we? Yes – Carlos was onstage. “Welcome to Urinetown! Not the place, of course, the musical.” My cue. I pulled out a handful of coins from my pocket, which Little Sally was supposed to spend the first scene counting. One, two, three…one step up on stage, then another, four five, and I was onstage, raring to go, thinking about the eraser.
It was fun, despite the late nights. That said, I really should NOT do another musical in the fall. It would be a terrible idea. I don’t have time.
Right?