I’m taking advantage of the Starbucks wireless network, at the Westin Arlington Gateway hotel in Virginia – and feeling overwhelming vertigo.

I had the same feeling two weeks ago, while hanging out with my boyfriend’s aunt in Montana (long story; just roll with it). She lives in Hot Springs, which had a population of 544 in the 2010 census. This is about the size of New House + McCormick. I grew up in Singapore and London, which have populations of 5.3 and 8.2 million people respectively, so Hot Springs seemed very exotic.

While my boyfriend stayed behind and chopped wood (also exotic to a city girl) his aunt took me to a fashion show, organized by one of her friends. This friend owns a second-hand clothing store, and decided to have some fun with it: she got together a bunch of the residents, dressed them up, transformed her living room into a stage + bar + music, and invited around 40 Hot Spring residents. We sat in three rows of chairs lining the walls; everyone knew everyone else, and smiled and took pictures and cheered for their friends. My boyfriend’s aunt leaned over to fill me in on who each model was: “that’s the town masseuse!”, for example. I sat and cheered with everyone else, trying to process what I was seeing. 40 people in a town of 544 in Montana, running a fashion show and having a total blast. I tried to estimate how many towns like it there were in Montana, how many little communities. Next to Montana are Washington, North Dakota, South Dakota, Wyoming, Idaho…and then think of all the other states, all the other towns. All the countries. My head hurt, like it does when I look at town lights out of the airplane at night and try to imagine how many lives are playing out on the ground. There are so many people on Earth.

By the way, Montana is stunning: 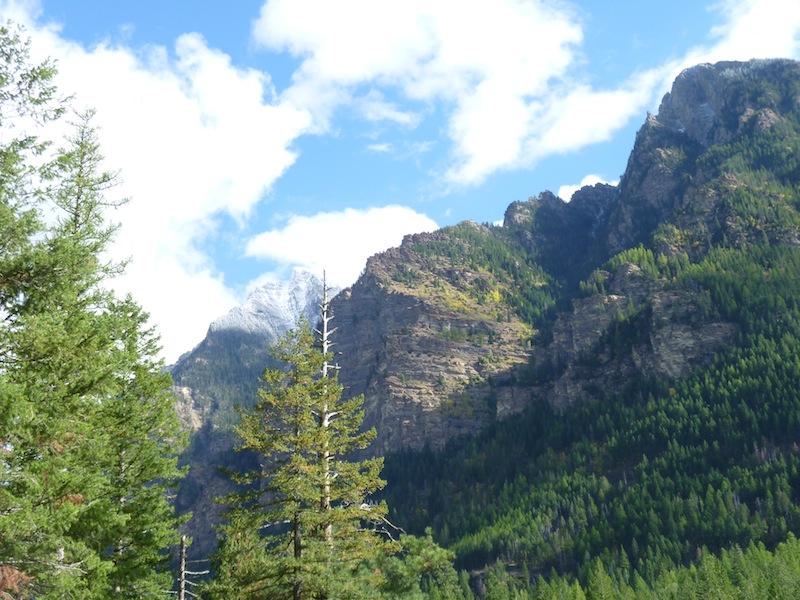 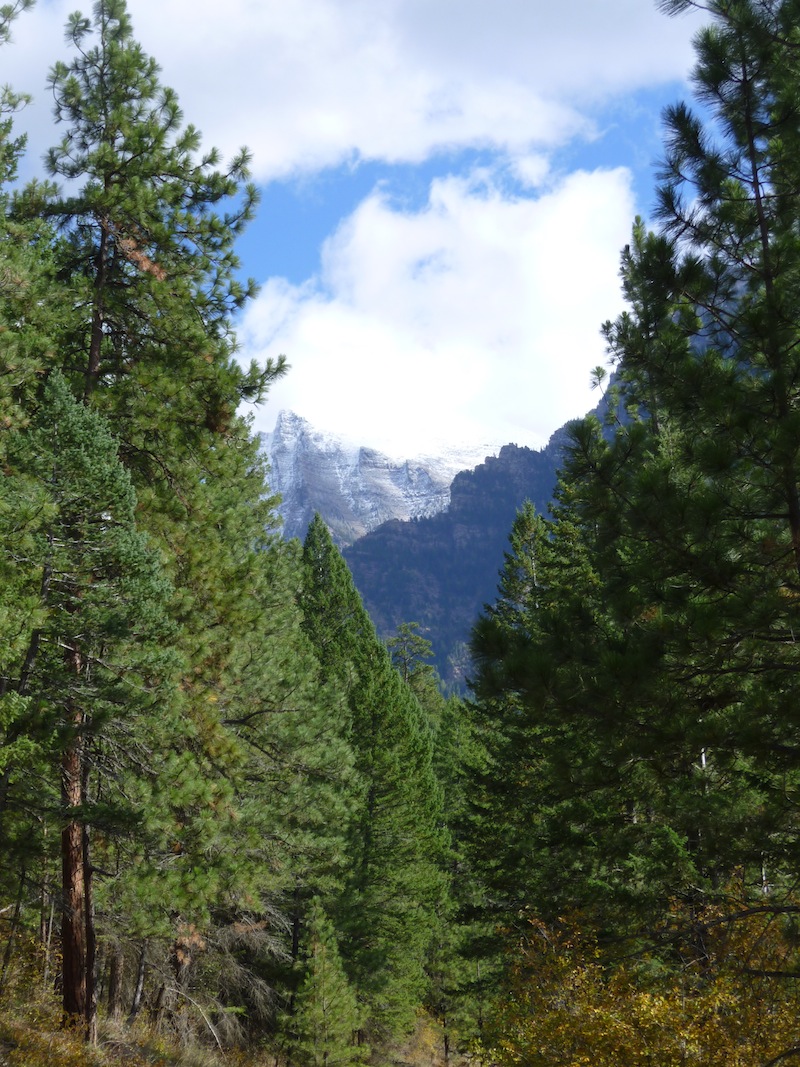 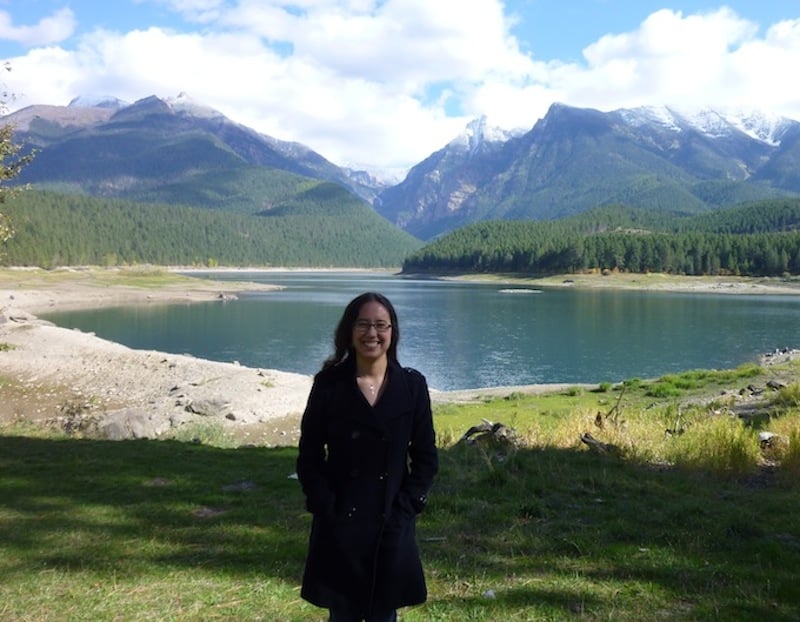 The vertigo returned today. I’m at the Conference of Research Experiences for Undergraduates Student Scholarship, run by the Council on Undergraduate Research. 2/3 of the 240 individuals registered for the event (a little under half the population of Hot Springs!) are students: they represent all of the disciplines funded by the National Science Foundation. The first day (yesterday), the president of the CUR (pronounced curr, like the first syllable in curry) talked about the growth of the organization, the importance of the conference in giving us perspective on research being conducted outside our narrow discipline, and putting our work in context. Then, NSF’s REU program coordinator gave us an overview of the NSF: the history (it emerged out of the Cold War fear that the US was lagging behind other countries in R&D), funding issues (pretty depressing stuff), and the review process that determines which research proposals to fund. After that, we were dismissed to snack on hors d’oeuvres, contemplate the lack of financial support for our discipline, and visit faculty posters.

Today, the day was split between poster and breakout sessions. I attended a session on “Planning a Successful Career,” where a career advice specialist talked about deciding between grad school and a full-time job, and gave us suggestions for resources. After lunch, I went to a session on “Advocacy and Federal Funding: What Every Student Should Know,” where reps from a consulting company in DC urged us to reach out to our district office, and tell the staff members how important and transforming undergraduate research has been for us.

Between and after the breakout sessions, there were open poster sessions.

When I wasn’t explaining my poster to everyone from mechanical engineering professors to computer scientist, physicist, and biologist undergrads, I was wandering around trying to process the vast, VAST array of poster titles. “Frictional Properties of Graphene on a Functionalized Rough Surface.” “Promoting Spatial Thinking in Natural Resource Management Through Community Mapping: The Case of Urban and Rural Secondary Schools in Rwanda.” “Semi-Active Suspension Testing Platform.” “Performance Characterization of a Wind-Powered Water Pump.” “Control Improvisation with Application to Jazz Music.”

I learned that midges transport nitrogen from ocean water to sandy banks. I learned that you can stunt a poplar tree’s growth by depriving it of copper. I learned that there’s a group in Arkansas, developing a glove for people going through physiological therapy, that will enable them to play fun games while improving their motor skills.

A mechanical engineering professor GRILLED me about stars, pulsars, finding pulsars, magnetic fields of pulsars, the discovery of pulsars, and the applicability of pulsar research. We were both so excited that our voices got louder and louder and pretty soon the whole section of the poster hall was an audience. When he left, and I nearly collapsed with fatigue, the people around me said “wow, that was intense.”

It was such a pleasure to tell an engineer about my work. I love astronomers, and I love talking with astronomers, but it’s refreshing to bounce ideas off people with different backgrounds. It was also a pleasure to say “I disagree with that” very firmly, and defend why my work was important. So there!

I went through waves of vertigo. I went to the same REU program for the past two summers, and before this conference had zero perspective on just how vast the program really is. There are SO. MANY. STUDENTS. From SO. MANY. INSTITUTIONS. Doing SO. MANY. PROJECTS. And doing those projects deeply, in extremely specialized areas of science, math, and engineering . Last summer, there was a kid whose life revolved around depriving poplar trees of copper, while mine revolved around probing the galactic magnetic field strength using pulsars, and my new friend Eli developed a glove for physical and occupational therapy patients. One girl explained to me that she’s not going to graduate school because she doesn’t want to continue being more specialized, while others talked about medical school and theoretical physics graduate school.

As a researcher, you can get obsessed with and trapped in your little specialty bubble. You can spend YOUR ENTIRE LIFE studying one celestial object! I’ve been in a bubble, simply by spending two summers at one institution, in one field – imagine what it’s like in graduate school and deeper in academia. At the end of the program, one of the organizers asked us to raise our hand if during this conference we got ideas for our research project from a seemingly unrelated field – and at least half of the students raised their hands. That’s actually a LOT, when you consider that there was only one student representing each REU program. I feel a little shaken, now that I’m aware of just how ignorant I was (and probably continue to be) about the breadth of research specialties out there. But there’s a battle to fight both in advocating for the importance of undergraduate research, and frankly STEM research in general – and we’re so much more effective when we can advocate for each other as well as for ourselves. So, I would encourage any reseacher to make an effort to attend colloquia outside your field, and take full advantage of your wider environment. Don’t be embarrassed to ask the “I really don’t know anything about this subject; please educate me” questions, because people are REALLY happy to share knowledge. Your brain may hurt now, but it – and the next generations of scientists – will thank you later.