Welcome back into my life, crutches by Anna H. '14

Update: thanks to Sam, this now exists.

Saturday night, I was doing laundry while dressed like a princess, and at 7 this morning I was being stretchered to MIT medical’s x-ray room while wearing a paint-stained grey sweater and sweatpants.

The moral of this story, as you will learn, is that you should NEVER FORGET TO WASH YOUR TOWELS.

To understand this, let’s return to Saturday. French House had its annual winter formal that evening, and I had asked my friend Sam to go with me. The exchange went something like this:

Me: What are you doing at 8pm on Saturday Dec 8?
Sam: Probably laundry.
Me: Would you like to do your laundry in New House?
Sam: Sure.
Me: Okay. Wear a suit.

As promised, Sam showed up wearing a suit, holding a giant box of laundry. We carried our dirty clothing to the laundry room dressed like this 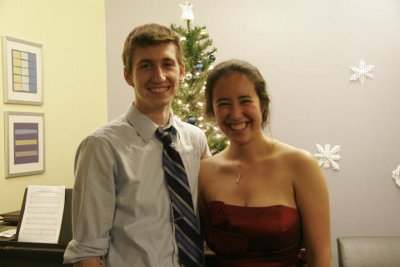 (except that Sam was wearing a suit jacket at the time) which drew a lot of very strange looks. Whatever. Let the world judge.

Also, I can’t resist showing you two more pictures from the evening. The first is of me with my bff Sophie :) and the second is an unfortunate candid shot of me; my now-not-so-Secret Santa made me a beautiful little light-up paper Christmas tree (and bought me an Eiffel tower necklace!) – apparently I found the tree utterly baffling. 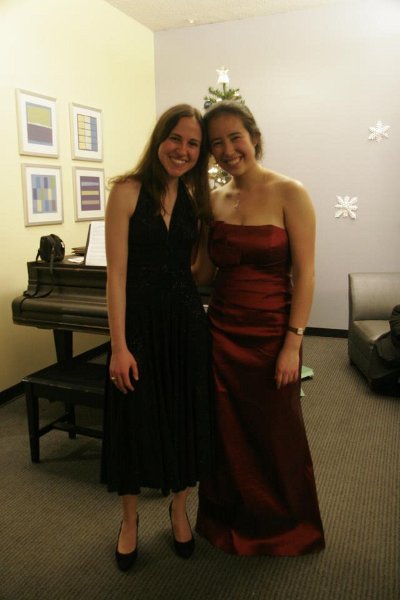 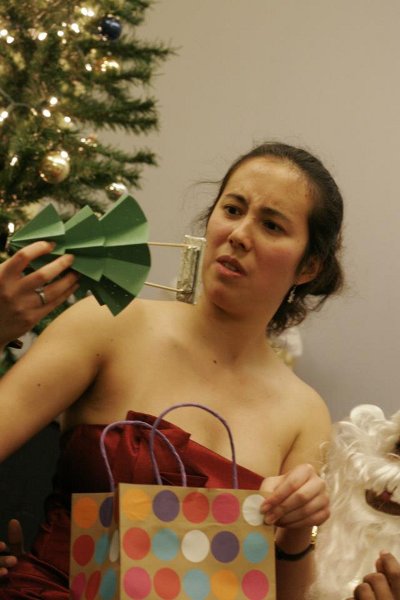 My face looked like this when, on Sunday, I walked into the bathroom and discovered that I had forgotten to wash my towels with the rest of my clothes.

WHAT. HOW DID THAT HAPPEN.

Options: 1) don’t wash my towels this week, or 2) suck it up and put them in the laundry.

I picked (2), ironically out of respect for my physical health. On the way upstairs, after starting the wash, I passed a kid riding a skateboard out the door. We had a brief exchange (Me: “Wow, that’s awesome!”, Kid: “Thanks!”) and I proceeded to walk up two and a half flights of stairs, thinking (I KID YOU NOT) about a scene from the episode of Merlin I had just watched where this guy says he was trained from birth to withstand pain by separating his mind from his body, when I tripped, stubbed my toe hard against the step, and was utterly unable to separate my mind from my body.

Another moral of the story: don’t wear loose slippers on the stairs.

A few minutes later, skateboard kid came back in, because he’d forgotten his ID card or something. He saw me hobbling, and offered to give me a hand (which I appreciated) but I was almost at the top by that point and figured I could tough it out. I made it to the kitchen, then to my room, hobbled around a bit more, and eventually the pain because so intense that I could do nothing but sit in bed and read my quantum textbook. My friend Lucas came over to check on me, which was very nice, and a bunch of French House people shuffled in and out, bringing me water and dinner and things from my desk. I called MIT Medical, who said to wait until the morning and call again if it hadn’t gotten better.

I went to sleep at 9:30. I had a dream that I got shot by an assassin, but he shot the RIGHT side of my chest instead of where my heart is, so I survived. I hobbled into the hospital, told the front desk that 1) I’d been shot and 2) my toe really hurt, but they made me wait around forever anyway. It was very frustrating. When I FINALLY got access to a doctor, he wrote down words and asked me to read them (apparently my dream brain thinks that a good medical test for broken toes and bullet wounds is whether or not you can still read.) He had to give me all the answers, because his handwriting was so bad that I couldn’t decipher it. Then, instead of pulling the real hospital floor alarm (to indicate a medical emergency – I guess I failed the reading test) he accidentally pulled the fire alarm, and the whole building had to evacuate. While everyone else was outside (I didn’t bother leaving because I knew there wasn’t a fire) the hospital floor turned into something you’d find in Doctor Who; one of the “patients” turned out to be an alien, who was on Earth to rip out everyone’s frontal lobes, since that’s the part of the brain that distinguishes us as human. Fortunately for society, I was able to ignore my toe pain and battle the alien until other people came back in.

At 6:45, I woke up and discovered that 1) my toe was in no way better, 2) my chest was free of bullet holes, and 3) there were no aliens around to fight. So, I called the ambulance, and a few minutes alter found myself being stretchered outside, in the rain.

What a lovely Monday morning!

At Medical, I got an x-ray and the doctor told me I fractured my toe. Apparently there are a couple pieces of bone floating around in there, which is a little creepy. 8-12 weeks until I can even “think” about running, and at least 2 weeks on crutches. He handed me a pair of crutches and said he would teach me to use them. I laughed, and said that that would not be necessary (I spent 6-7 weeks on crutches the year I arrived at MIT. I’m an expert.)

I crutched from Medical to quantum lecture, and from there to the library, where I am now. My friends have been wonderful: carrying my things, making a run to MIT Medical for Tylenol, walking with me even though I’m slow (my upper body strength isn’t really there yet). Strangers have also been wonderful: holding open doors, scurrying over to pick things up when I drop them, offering to help me get food in the cafe. So, I’ll be fine.

In any case, it’s not like I was planning to do anything except sit inside and study for finals. I guess this is the universe’s way of helping me keep my discipline.