What are French House residents doing this summer? by Anna H. '14

To give you a flavor (well, many flavors) for what MIT students do with their summers, I solicited updates from the French House mailing list. Without further ado, let me introduce you to…

Hey Abby! Where are you as you reply to this email?

I am currently replying to you as I eat a brownie from a mug (an activity I highly suggest) in my apartment in Boston, almost directly beneath the Citgo sign.

A brownie in a mug! I’ll have to try that sometime. What are you doing this summer?

This summer I am participating in a UROP through the MIT Energy Initiative, where I am using MATLAB to help develop a mathematical model of the electric properties of carbon nanotube/cement composites. Since carbon nanotubes change resistivity when pressure is applied to them, our hope is to be able to use that property to keep track of how composites containing carbon nanotubes hold up under strain in real-life structures. It would be really useful to know if a bridge or oil well was under too much pressure before it fractured!

Wow, saving bridges from collapsing! That sounds a lot more practical than the research I do. Other than protecting travellers and preserving bridges’ structural integrity, what are your goals for the summer?

I had two major goals going into the beginning of this summer. One was to avoid going broke by spending all my money on comic books. The other was to brush up on my French in order to take a French class in the fall. I’ve pretty much given up on the first one at this point (I am a shameless comic book addict collector), but I’ve found some really neat podcasts from F. Culture and some other French radio stations that are fun to listen to on the way to work!

Maggie! I haven’t seen you in forever! (Maggie is currently studying abroad in Oxford.) Where are you right now?

What are you doing this summer?

Environmentally friendly! Sounds good to me. Any non-work-related goals for the summer?

to beat the “hard” level on Guitar Hero 3

Nice. Good luck with that. Before we move on, anything else you want to say or share?

so I grew up in California and this political ad came out when I was in high school and it is one of the best videos of all time. It is tangentially related because the women the ad supports was the CEO of HP.

Hey! Congrats on recently declaring your major, and on no longer being a freshman. Since we’re related, I know the answer to this, but for the other readers: where are you right now?

And what are you doing this summer, in a nutshell?

I’m working as a counsellor at a math summer program (Canada/USA Mathcamp) in Portland, Oregon. I’ll also be taking advantage of the nearby Pacific Crest Trail to do some backpacking.

Cool! Lisa was a Mathcamp-er as a high school student, so it’s all coming full circle. Any non-work summer goals?

My sister is really awesome.

I promise that I didn’t write that in myself.

Hi Andrei! Where in the world are you right now?

Brewing a bag of Irish Breakfast to be caffeine-ready for the group meeting in the Batman (sic!) Conference Room of Center for Physics of Living Systems in brand new Technology Square next to MIT in Cambridge.

Woah, fancy. I hope you enjoy your tea. In the meantime, what are you doing this summer?

I am running simulations of stochastic coupled driven chemical reactions and looking whether some kind of adaptation of memory phenomena emerges. We want to find how simple may a system be so that it would be able to adapt to a periodic external drive and extract energy from it, because a system that can effectively suck energy from surroundings can be called somewhat alive (aka life emergence question).

Neat! And when you’re not tackling the life emergence question, what are you up to?

Figuring out what kind of grad school I want to go to, whether it is going to be Physics or something like Mathematical Sociology. On the side, preparing to play Werner Heisenberg in Copenhagen, a Shakespeare Ensemble’s production of a play about physics, physicists, WWII, nuclear bombs and uncertainty. On the third side, catching up on reading a stack of books in 4 languages (sorry, German, I forgot you).

I wish I could read in four different languages. Anything else you want to say or share?

Summer, it’s warm, its nice, embrace it. This is a great time to explore the area you work/live in from a different side. I live now in an MIT independent living group and work in an MIT department, but do not visit the main campus and generally explore other directions of Cambridge and surroundings, which have – surprise! – real, non-university people, and they are awesome (see picture, sign as not-Andrei). 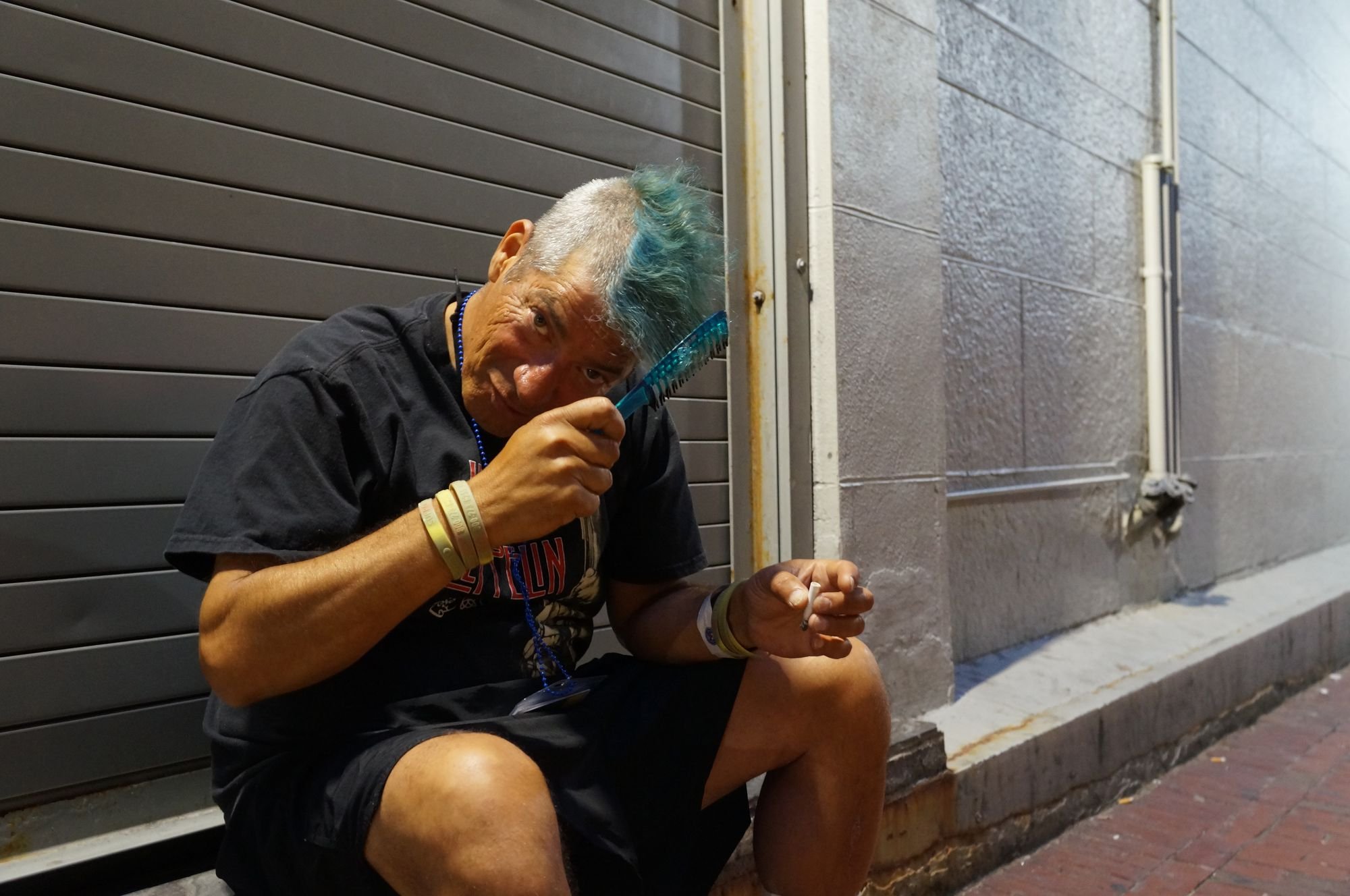 ^ That is not Andrei.

Hey, Montréal travel companion! Where are you?

In a lab room working on graphs while I wait for my sample to heat in the oven. Side note: I momentarily forgot whether a derivative was dy/dx or dx/dy. Times are rough.

I often forget how to take derivatives. I’m sorry to break this to you, but it gets worse with age. What are you doing this summer?

I’m analyzing meteorite samples to figure out the strength of their recorded magnetic field since these meteorites are believed to be from one of the first planetary bodies in our early solar system, so knowing about the magnetic field as these bodies were forming can tell us about the nature of planetary magnetic fields.

YAY, meteorites! And YAY, magnetic fields! My own research is on the Milky Way’s magnetic ield. Let’s compare notes. :)

Anyway, goals for the summer that may or may not have to do with meteorites?

Go on many bike rides and read many books.

Cookie hour in the Green Building is a gem.

Where are you, Rashed?

On the way to get ice cream! (Boston, MA)

Ooooooh, ice cream. I have some green tea ice cream in the fridge…you’re making me feel tempted to go get some. Before I go do that, tell me what you’re doing over the summer!

Underwater robots?! Cool. Any other goals for the summer?

To have one of these made by the end of the summer.