Don’t tell, but I’ve never written much poetry before. I read poem books, from a tiny copy of The Rubaiyat bound in leather, to a weathered e e cummings collection, to W. S. Merwin’s Shadows of Sirius found in a little free library while I was living in my van. I wrote a poem here and there, and I read a few of Masha’s from 21W.762: Poetry Workshop. Then Alan sent out invites to join a summer poetry group — summertry, we called it — and I thought, why not? 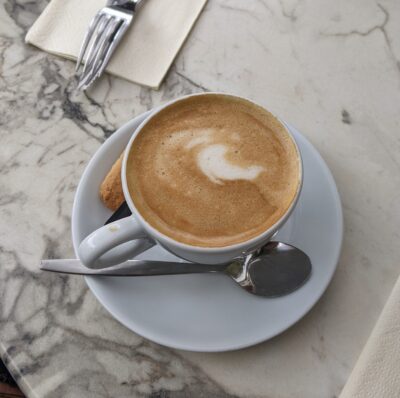 We met on Sundays at 10 pm for me in Denmark, 1 pm for those on the west coast. One poem per week, with different prompts, some as simple as a form⁠01 said form being a paradelle, the writing of which resembles pulling teeth but creates a satisfying creature at the end. , others more complex, such as ‘write down lines at a specific place, as they come to you, and from that craft a poem.’

The workshop format pushed me to try out different forms I wouldn’t have discovered on my own, from ekphrastic poetry⁠02 a poem based off an image to paradelles. ⁠03 theoretically one of the hardest forms, see previous note I found that working within a form often allowed me to flex my creativity more, as I had to adhere to the rules and still deliver beauty and meaning. Also, rhyme schemes and rhythm create good effects.

As the summer rushed on, I found myself enjoying poetry. I signed up for Advanced Poetry Workshop this fall, to keep on trying new forms and commit to workshop a new poem each week.

At the end of July, inspired by my friend Sophia W.’s penchant to commit wildly to cool and unexpected things, I thought, what if I wrote one poem for every day of August?

This seemed like a foolish and daunting task, but I had time. Denmark was beautiful, and I’d spent the first two months of summer soaking up new experiences. 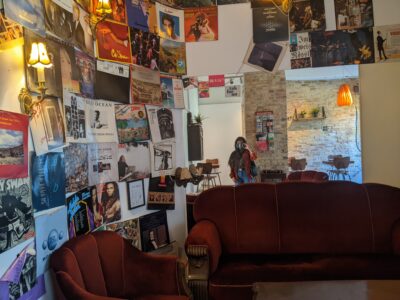 coffee shop, the walls plastered in posters and record labels

I set to it. Often my writing routine would begin with typing up the poem I’d handwritten the previous day, making small edits. Next, I’d look for a form I was eager to try, and scribble a new poem in my notebook. The process took about an hour on good days, longer on slow days. After that, I’d switch gears to fiction work.

There are many strengths to poetry, but in particular I love the ability to have something complete and easily digestible after just a few hours of work. Poems are a great way to try out new ideas, or condense existing ones into their most essential parts.

Also, control over word choice and rhythm are incredibly useful for fiction of any length, and a major focus of poetry. I figured I’d learn new skills that can be applied to my longer fiction projects in the future. 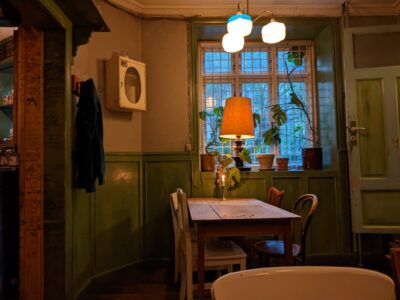 one of my favorite writing haunts after dark

In the end, I wrote 25 new poems in August — the last day or so in Copenhagen I spent with my friends, not writing anything, and the first few days in Boston I was too busy catching up on everything but sleep to write. I had a few from earlier in the summer, so I’d say I did about 31 new poems this summer.

All told, there was one paradelle, a dictionary-definition poem,⁠04 the word being defined was ‘slut,’ which means ‘finished’ in Danish and is what fills the screen of the washing machine when your clothes are washed. a sestina, a fibonacci, a prose poem; two pantoums, decimas, and rondels; five sonnets; and thirteen free verse poems.

Here’s what I learned from doing a poem-a-day challenge: 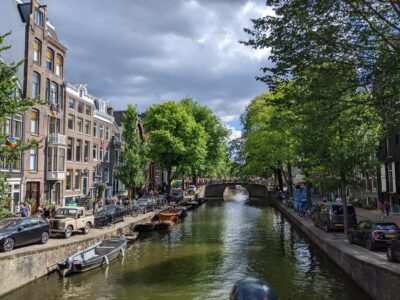 I wrote some poems on napkins by the canals of Amsterdam

One cool experience was when I condensed a 1000-word short story about a vampire into a 14-line rondel, which is a form where 4 lines are repeats of each other. A lot of detail had to be cut, of course, but the core of the story between the flash fiction piece and the poem were the same.

Goals for the coming semester:

All told, I learned a lot from this experience, and I’m excited for the work to continue!