On theatre and artsy stuff

Instead of growing up with boy bands and popular songs on the radio, my main musical intake stemmed from my dad’s 70s rock band CDs and video game/TV/movie soundtracks.

In high school, I became friends with a bunch of theatre kids and was thrown into their world as a set designer for my sophomore fall production of The Crucible, and my eyes (ears?) were opened to the glory of musical theatre.

It’s second nature now to check local theatres, in this case Broadway in Boston, get excited for upcoming shows, and then promptly feel the echoing hollowness of my pockets/wallet/bank account. #collegestudentproblems

But then I learned about student rush. It operates a bit differently based on the popularity of the show, but the basic principle is the same. You show up 2-3 hours before the house opens, and the box office has a limited number of as-yet-unclaimed tickets that you can buy for $20-40, let’s say, instead of $80-100. First-come, first-served, and usually they’re pretty good seats.

My friend Jamal E. ’13 and I had tossed around the idea of trying to get student rush tickets for Wicked (the untold story of the witches of Oz) before it closed. On a whim of impulsiveness and a touch of procrastination, we decided to go for it on Wednesday. Because the show is so popular, though, you enter your name in a lottery from 5-5:30pm and a few winners are drawn.

After seeing a crowd of 70+ people toss their names (and hopes and dreams in the form of little paper balls) into this huge black cauldron, we were feeling pretty unlucky. It was as though the universe was telling us to trek back to campus and pset for the rest of the night, as we should’ve in the first place.

But then they called my name. And pronounced it correctly. And we may or may not have paused for a moment, then fist-pumped and yelled “YES!!!” like the mature adults we are, as everyone else stared in shock/mild jealousy/confusion at the outburst

They gave me a snazzy button, we got seats in row C—so close to the stage that we could see the details on the costumes, the conductor singing along with everyone on stage, and the actors’ expressions—and geeked out about Wicked all night. 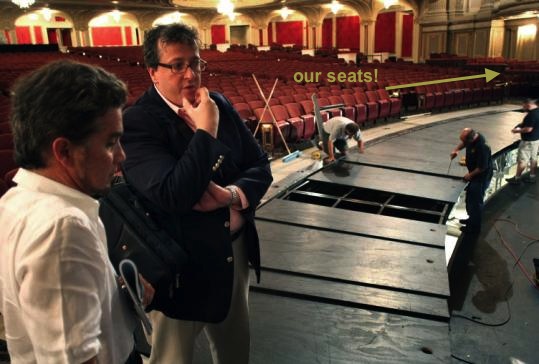 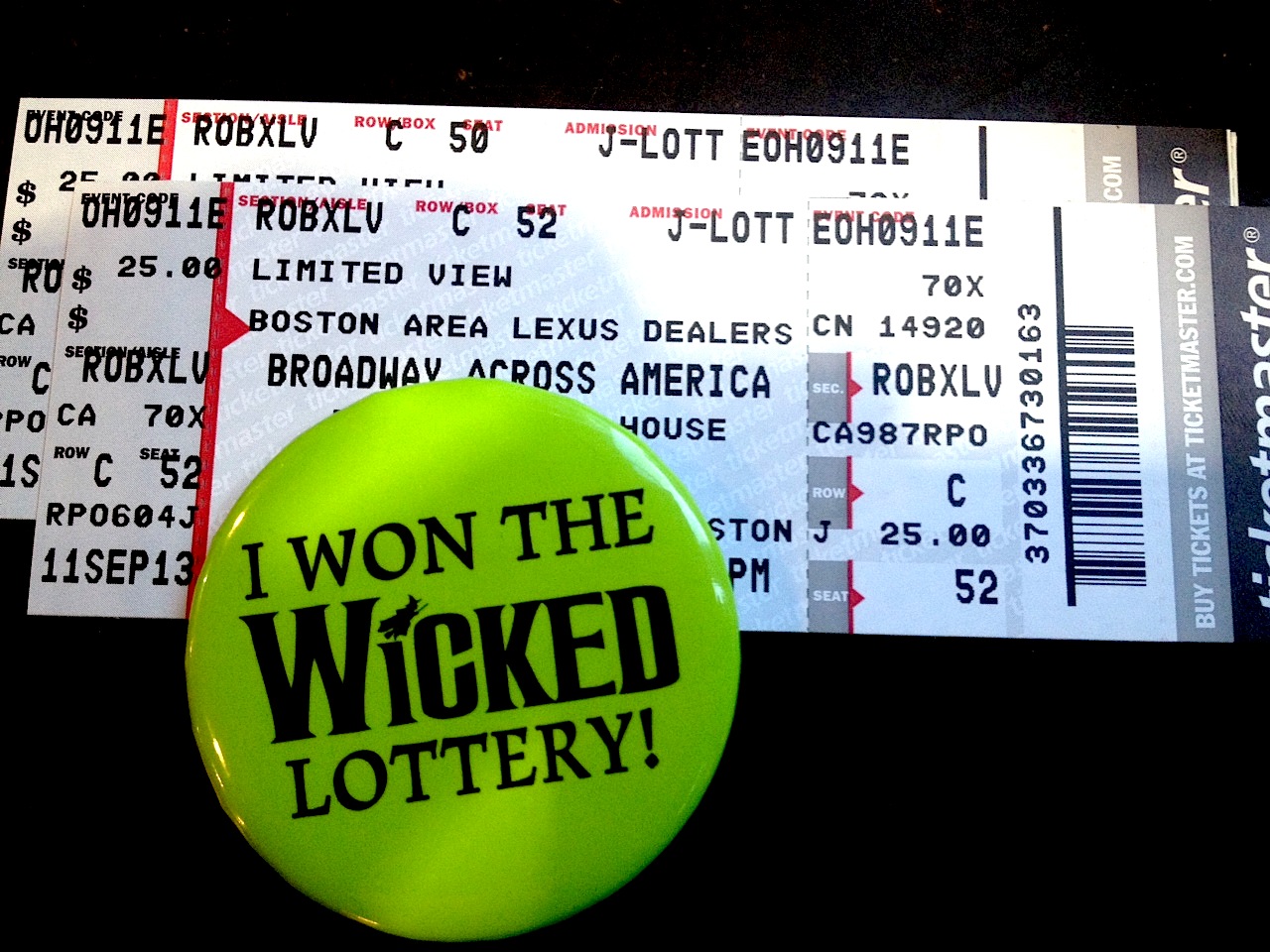 My friend Katie W. ’16 stage-managed the MIT Musical Theater Guild’s production of Avenue Q, so of course I had to go see it and make funny faces at her in the booth and show my love. (That, and the fact that I try and go to every MIT show that I’m not directly involved in. Yay theatre!)

I won’t write a comprehensive summary because The Tech (MIT’s newspaper) already had a pretty good review, and you can always turn to the internet for the soundtrack or a plot summary.

Monday the Sixteenth and Thursday the Nineteenth:

With a combination of 4 classes, a UROP, and fencing already on my plate, I figured I should probably stay away from major tech theatre positions this semester…

But I’m still on the Dramashop exec mailing list, and have been getting updates about the Fall One-Acts. Including the time/date of the first production meeting.

Basically, production meetings allow designers, producers, stage managers, and directors to meet and talk about how the show is coming together. And this one involved organizing rehearsal schedules for each of the 3 plays, figuring out when we can move into Kresge Little Theater (the final performance space), and finding somebody to be head stage manager and call the show.

Which I may have signed up to do. (Hello again, ghost light.) 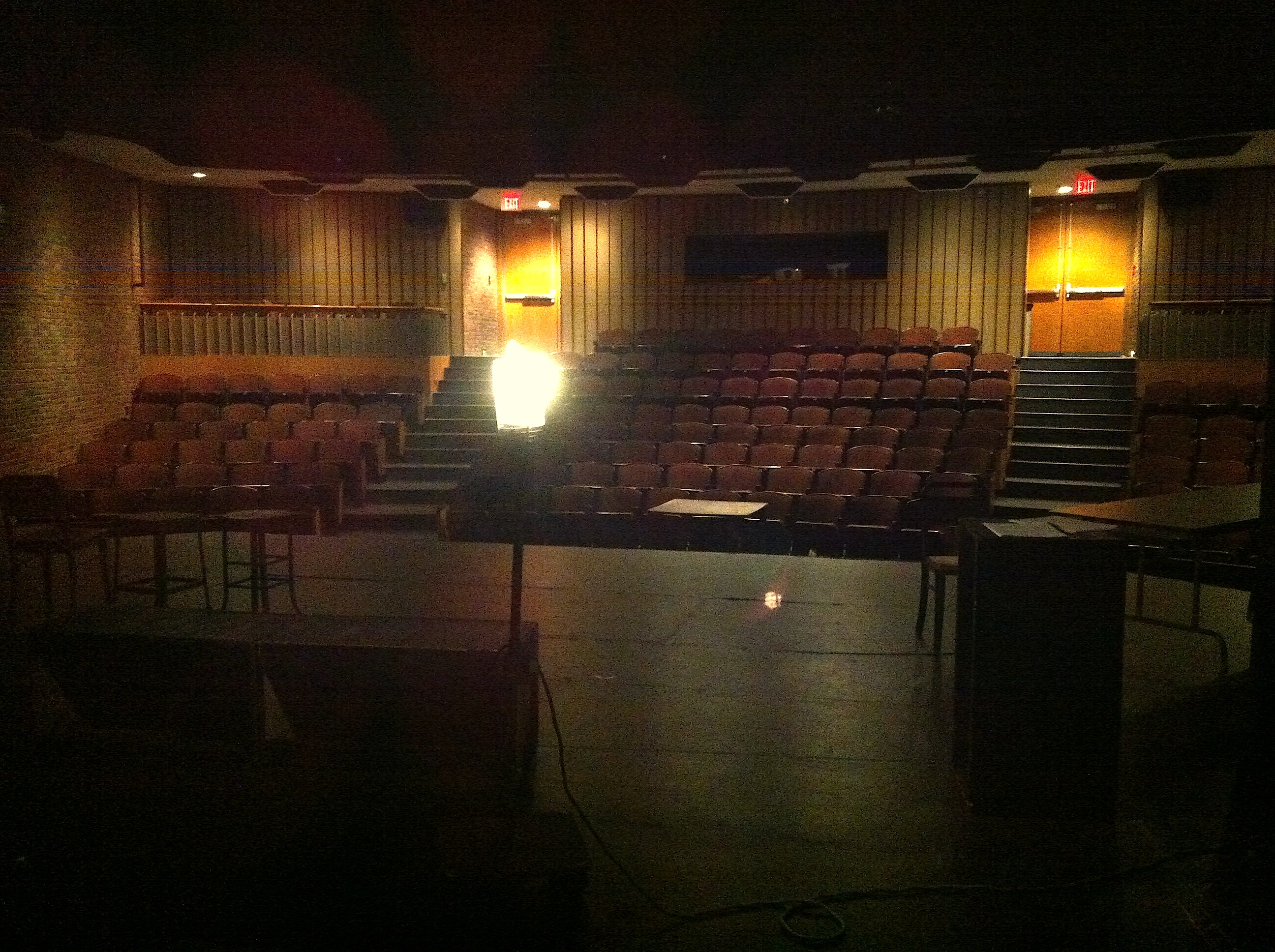 I’m also on the tech-ninjas mailing list for the Shakespeare Ensemble’s production of Hamlet. And they needed an emergency stage manager, so I may have stepped in for an evening.

Their rehearsals are currently table reads, which involves actors being brilliant and goofy and working out lines sans movement. This production cast a split-personality Hamlet (literally, two brilliant actors each performing half of the role) and it’s bound to be a good show.

For me, it’s wonderful how easy it is to become involved in MIT theatre without even thinking about auditioning. To be able to hang out with like-minded creative people in an “institvtion” known for its technicality.

So if you’re looking for ways to explore sound or stage lighting cues, an artistic hankering for set painting, or a desire to keep actors somewhat on track, maybe reply to one of those email blasts or poster advertisements (this goes for high school too!). And try something new :)