i. I visited my high school over the winter break.

I came back to my hometown in Alabama during the second week. I was staying in Georgia with my family first because they’re eventually going to move there. That means that this is probably going to be the last time I’ll be in Alabama for a while, if not ever. I’m sad to leave behind my childhood home, but I’m ultimately glad that we’re moving on to other places.

I visited my high school with my friend Tom to meet some of our former teachers. It’s been a while since we’ve talked. Our group chat of nerd friends eventually fell quiet when we all went off to different colleges. It was by chance that Tom and I were both in town and had nothing to do.

Other than that I cut my hair shorter and he grew his hair out, it was like we were in high school again when we started joking around right off the bat, 1.5 years after we last saw each other at graduation. 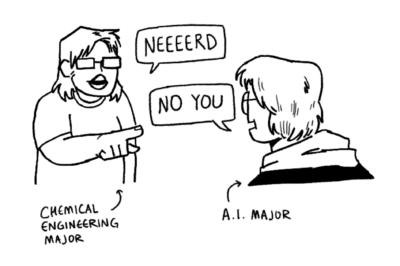 But a lot had still changed. As we walked down the halls, there was a good chunk of name tags next to the classroom doors with teachers’ names that I didn’t recognize. The school robotics team, which used to be a fairly small club when I first joined, now has a giant banner in the lobby with a collection of trophies on a table. The best part is that Tom and I didn’t have to follow the dress code. Thank god.

The school building is small, so we were able to find our teachers pretty quickly. I was nervous that they wouldn’t even recognize me, but they all somehow remembered us from their classes. The conversations we had with our teachers were no longer conversations between student and teacher, but rather between newly fledged adults and more experienced adults. Even with the high school nostalgia, I still felt very much like a college student, based on the college-centric questions that they mostly asked us. How has college been? Was it hard with COVID around? What are you majoring in?

But there were other topics that we wouldn’t have talked with our teachers about if we were still going to high school. One subset of those were a miscellaneous mix of talking about the sanctity of Waffle House, mental illness, Chainsaw Man, stories from one of the teachers who used to work as a therapist at a juvenile delinquent center, classic YouTube Flash animations. And they got to say “hell” and “dammit” around us without worrying that we’ll rat them out to our parents. 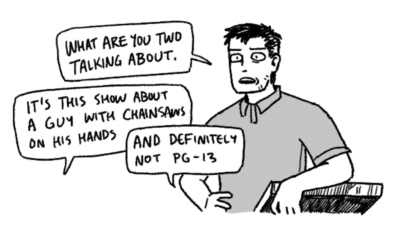 The other subset of topics was snippets of information I got about what the school’s been through during the COVID quarantine and the years following that. Things about the high school that they wouldn’t tell us if we were still high school students. Things that range from never-ending post-quarantine fatigue, to the massive number of teachers who left between 2020 and 2022, to dealing with bad authority—both the principal and the new superintendent. As much as there were “I can get through this, I’ve been through worse” vibes, there was unmistakably a tone of exhaustion and anxiety in many of the teachers’ stories.

It was a happy visit, but I got back to the car with a melancholy aftertaste. I drove past downtown buildings that people once tried to renovate but eventually gave up on to let them waste away instead. I’ve already gotten used to the fact that my hometown’s moved on without me. I’m just upset that some parts that I was familiar with have gotten worse while I was gone. 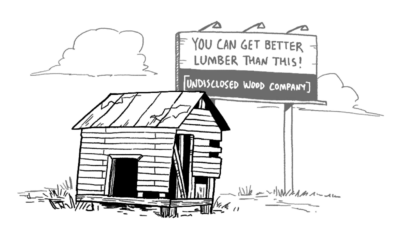 ii. I don’t feel so bad about where I came from anymore.

If there’s one major takeaway I got from high school that wasn’t academic, it was gaining humility towards where I was raised. To be humble towards the people back home who wanted to see me achieve what I wanted.

It was hard for me to do that for so long. Alabama has a reputation of being the buttcrack of the United States over the years, characterized by ignorant bigots who marry their cousins. There are good, solid reasons why it’s earned this negative image, to the extent that it’ll take me a lot more than one blog post to rant about all of its problems.

I was ashamed to live in Alabama throughout all of high school, and I held a lot of bitter jealousy towards people my age who got to live in places with better resources, infrastructure, and support. A main motivation that propelled me to succeed academically was to get out of Alabama because I was scared that I would be stuck there forever. 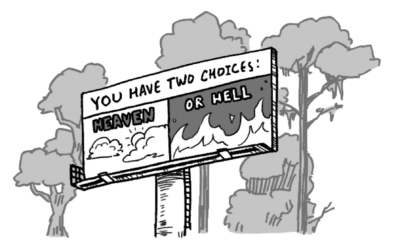 But sometime over this past summer, I realized that I spent so much time running away from the place, that I didn’t take the time to appreciate the people there who stuck around and did all they could to help me and many other kids reach our goals—even if it meant sending away someone who could’ve grown up to make Alabama a better place.

I won’t say that Alabama itself is a brilliant place, but there are brilliant people there. There are inquisitive, creative people who are using what they have to try making the world around them a little bit better, against infrastructural/systemic limitations and societal pushbacks. The lack of sparkly tourist attractions or world-renowned academic prestige shouldn’t invalidate the fact that those efforts exist.

It hits a little different to meet someone here in Boston who’s from the Deep South. I guess that usually happens between two people who both come from a region that most of the population there aren’t from. There’s a subtle, yet deep, acknowledgment that passes between us, even as strangers. We finally get to have an interaction that is free from ostentatious pity that we didn’t ask for. 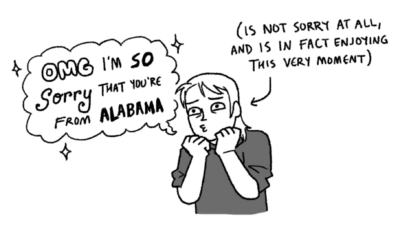 Anyway, I owe a lot to my teachers. I wish I could tell you guys about how each teacher I met that day had affected me, but there’s only so much I can say before it gets drowned out in a pile of words. These are experiences that I can only truly share with the people I know from my hometown. As I’m getting prepared to move away from it, I’m starting to see how precious those connections can be.