Books I did read this semester by Amber V. '24

I am literate if not literary

Previous me wrote in a blogpost that I “did not want to write about books,” but she was wrong. I love books. They are necessary all the time but even more so now. Sometimes we have to dip into other worlds to make our way through this one.

I used to be that kid who read during lunch and recess, in the hall and during class. Then in high school I took classes that I had to pay attention to, and somewhere along the way learned that respecting your teachers was a thing, and obviously reading while they taught was rude. Now I mostly read at night.

When I go to bed at eleven, this can last for hours, and I am actually cognizant of what I am reading. When I go to bed at three, it’s more of a bleary couple pages, but that’s ok. It’s about the habit. I would say it’s a small miracle this habit hasn’t died, but really it was a decision; I came in determined that I would not lose the important parts of myself to MIT, not all of them, not yet.

I made it my goal this year to not read shitty books. Not reading books I don’t like has been somewhat of a challenge for me, because I start books easily, and once I’m midway through something I feel obliged to finish. That was a great tactic back in middle school, when I had no taste anyway, and ample time. It hasn’t returned good results recently, though.

But this year I followed my gut, and more or less, it worked. I didn’t read as many books as I have in years past, but the ones I did read were richer. I really⁠01 apart from this one a girl from the Netherlands gave me in a hostel in Spain, but that was an exception since it was a gift enjoyed⁠02 And this other one about Vikings that I had to read because I was quarantined in an Airbnb in the suburbs of Phoenix and literally had no other books left. them.⁠03 And this werewolf book that was just very bad.

So, because this is fun for me and may end you with a book rec or two, allow me to describe the books I’ve read this semester. 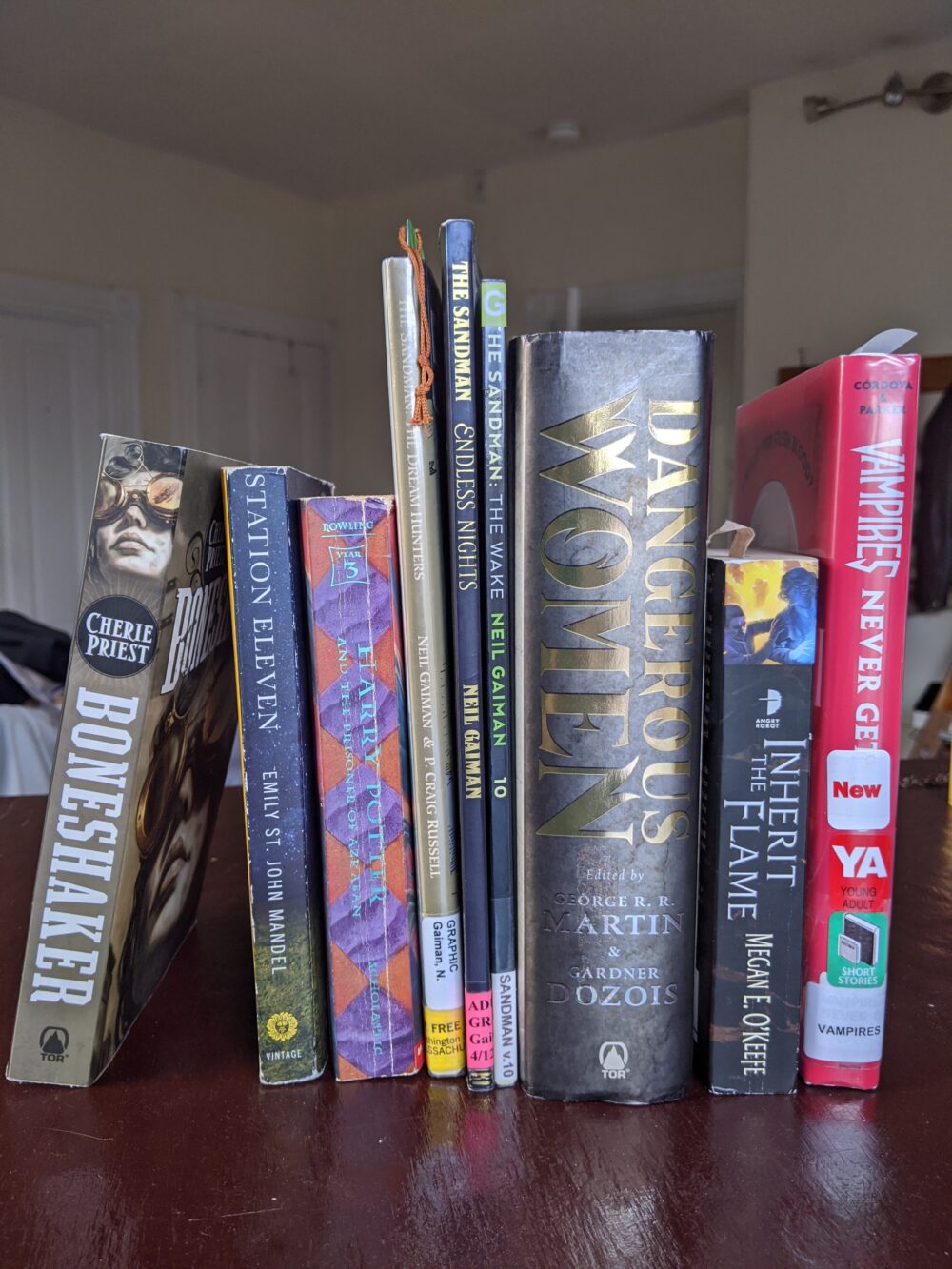 Genre: Steampunk / historical fiction, adult but with a flavor of YA.⁠04 Young adult -- think Hunger Games, John Green books, that type of stuff.
Synopsis: A mad scientist unleashes a poisonous yellow gas on 1800s Seattle. Anyone who breathes it is liable to become a zombie, so the citizens wear gas masks and live in tunnels. There are cyborgs and steamships and everyone has wicked steampunkish guns. The mad scientist’s son and his widow live outside the city, and the son ventures in to find traces of his father. His mother knows her son won’t survive alone, so she goes to rescue him.
Thoughts:

All Systems Red: Murderbot Book One

Genre: Sci-fi novella
Synopsis: a robot, which calls itself ‘Murderbot,’ is owned by an intergalactic company and hired out as a bodyguard to a group of scientists exploring a new planet. The Murderbot gains consciousness and a considerable amount of sass. Meanwhile, a mysterious group begins to sabotage the scientists’ expedition.
I read this: on the plane ride to Cambridge. It’s 150 pages and addictive.
Thoughts: 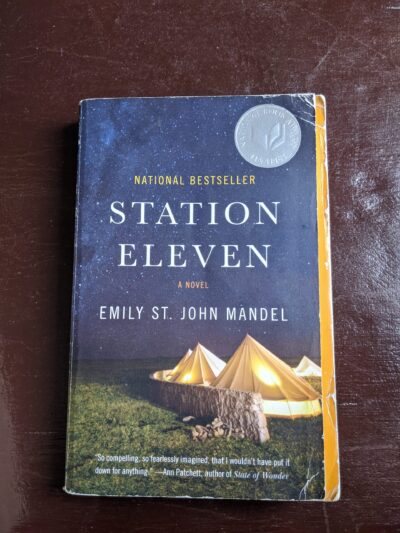 What a pretty cover!

Genre: Literary fiction in a dystopian world
Synopsis: Apocalypse came in the form of a deadly pandemic, and now the world is reduced to pockets of civilization living in abandoned cities. A troupe of actors perform Shakespeare, travelling from town to town, and run into trouble when they perform for a cult.
Thoughts:

Harry Potter and the Prisoner of Azkaban

Genre: YA/MG portal fantasy, I suppose. If ‘magic school a la Harry Potter’ is not its own genre at this point.
Synopsis: This is the Sirius Black one, ft dementors and Buckbeak and Remus Lupin and Scabbers the rat.
Thoughts: 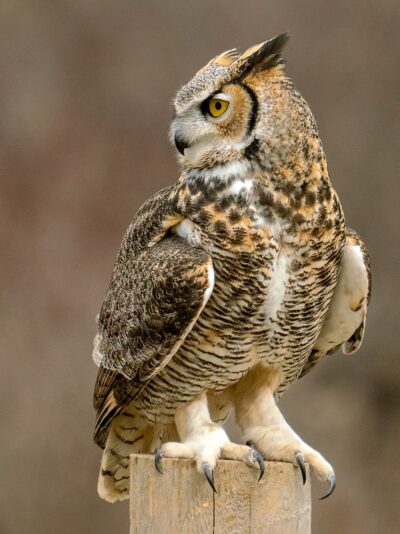 wow, that was… that was long. Here is an owl with fluffy feet.

Genre: Graphic novels; technically I think it’s horror, but I’d describe it as speculative fiction: more fantasy than paranormal, and more action-and-adventure than Haruki Murakami.
Synopsis: This is a 10-volume series about the Sandman, who controls the realm of Dreams, and his encounters with people in the waking world. It is a wild time, sometimes horror and sometimes just weird.
Thoughts:

Genre: Fantasy!
Synopsis: The prompt was simply to write about ‘dangerous women.’
Thoughts:

Genre: Fantasy! With a steampunk twist.
Synopsis: Book three in a series. Two conman, an ex-gang member, and an ex-police chief defend their city from imperial conquest.
Thoughts:

Genre: Short stories, mostly YA, about vampires
Synopsis: See above, plus lots of diversity. Have you ever wanted to read about queer vampires in the Southwest?
Thoughts: I didn’t know I did — I bought this book for the VE Schwab story at the end — but boy, I am digging this so much.

Wow, that was so very long. Kudos to everyone who got to the end! I hope you’ve stumbled across a title or two that looks interesting, or been inspired to read fantasy, or are working on your own hot takes on Harry Potter.

Happy reading this break, everyone! 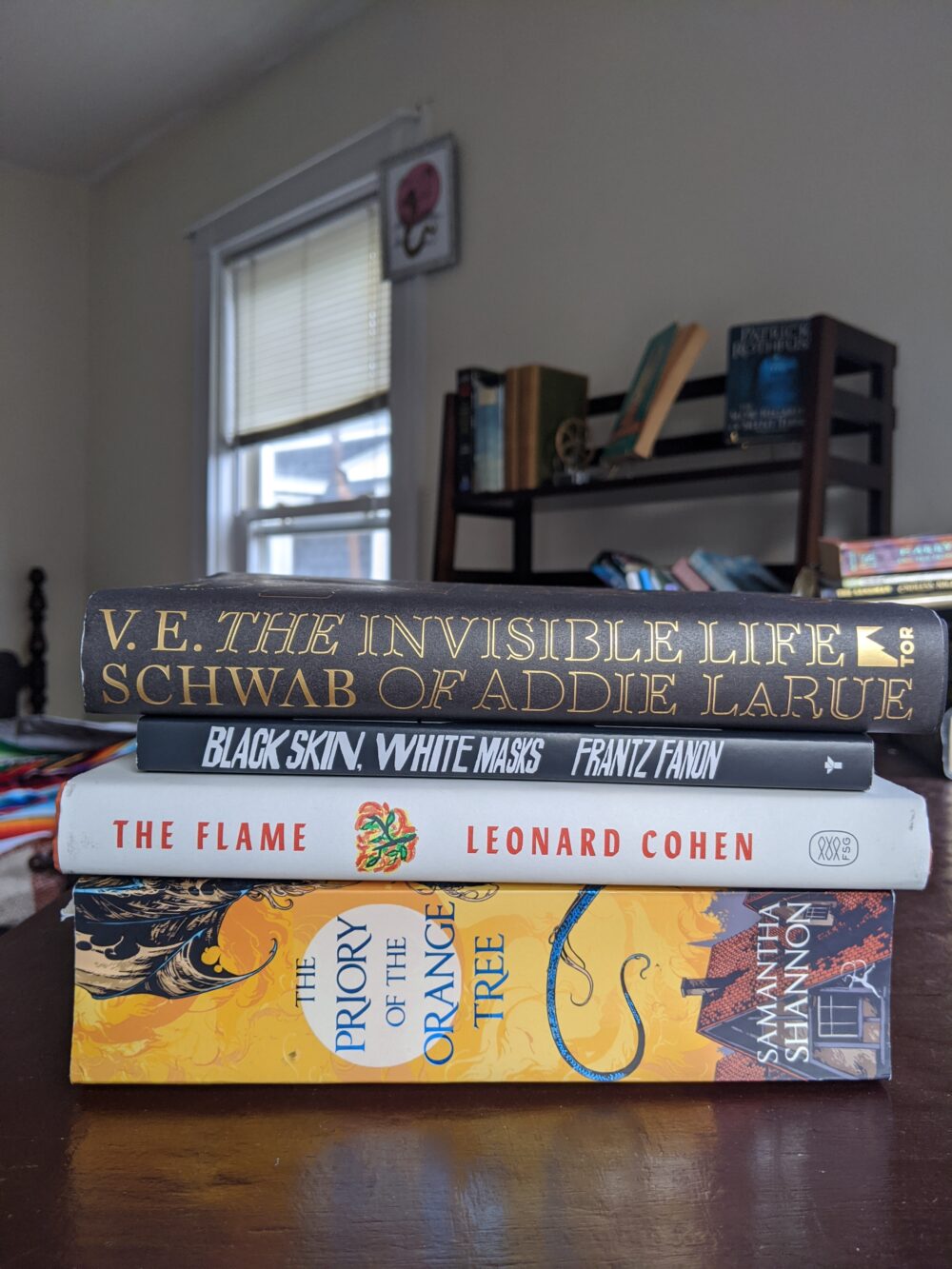 The books I’m excited to finish, re-read, or, in the case of Addie LaRue, to begin.