a revelation i had while bowling

I’m in Washington, D.C. today for a work trip, so I write this blog post from a hotel room that has not one, but two queen-sized beds. (One is for sleeping and one is for jumping.)

Being an intern and feeling bad about asking my company to spend a lot of money on me, I decided to only stay here for one night. I got up at the crack! of! dawn! to catch my seven a.m. flight to DCA, which is one of three airports that serves the D.C. area. In retrospect, I should have just flown in last night and requested a second night at this hotel. Then maybe I could rotate between the two beds and spend one night sleeping on each of them, so neither of them feels left out.

On the flight, I read more of The Lying Life of Adults by Elena Ferrante, which is a translated Italian novel. I’m not sure what it is about yet. In a Harvard class I took years ago, the lecturer said that the ending of a story defines what it is about. And I haven’t reached the ending of this book yet.

I was somewhat hesitant to read a translated book, because I thought a translation will always lose something of the original, like how light always scatters through glass. Since I don’t speak Italian, this may be true of the English translation of The Lying Life of Adults, and I simply don’t know it. But this version that I propped up against my airplane tray table and spent the hour between Boston and D.C. with, this version is pretty fantastic too.

After landing, I went to work and was besieged by many work-related tasks, most of which are related to Wi-Fi connectivity or GitHub or Python and thus not interesting enough to discuss here. One incident of note: I didn’t realize that the address on my company website is not the exact address of our office, so for some time, I wandered through a nearby mall, thinking we might be nestled between Forever 21 and the food court. Alas, it turned out we were actually located in an office building that required badge access, a badge I did not have.

At the end of the work day, our team went bowling. This brings us to bumpers, the title of this blog post. 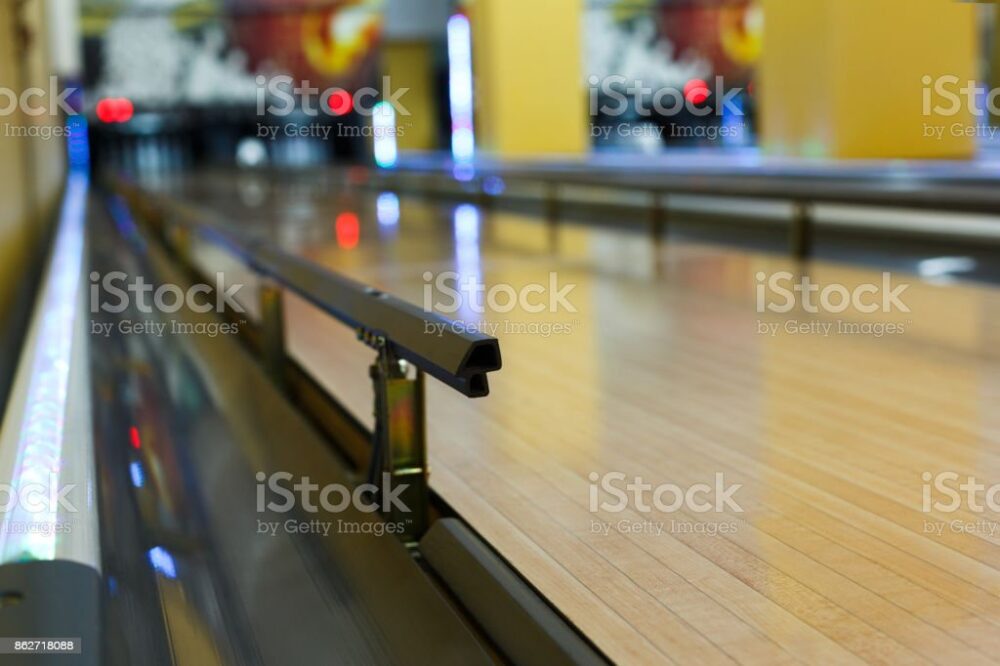 these are bumpers. photo courtesy of iStock

I’m terrible at bowling. I was not looking forward to demonstrating to my coworkers exactly how terrible at bowling I am. In fact, I considered just ditching the activity altogether. It wasn’t mandatory. But then I thought about how the entire point of flying out to D.C. was for team bonding and it would look bad to not bond, as if I were a noble gas or something. And not even one of the cool noble gases that everyone knows, like helium or neon. But like xenon.

I didn’t want to be xenon, so I went bowling.

It is relevant to point out the following: I was the youngest person there and the only intern (everybody else was a full-time employee); I was the only person of color, out of about twelve people; I was one of four women; and I was the only woman in a technical role. Also, at 5’2″ and 100 pounds, I was the smallest.

None of the other people were using bumpers. If I used them, that would cement my position as the kid, as the one they had to accommodate, as the one to not take seriously.

Now, you might be wondering: but Rona, is it really better to forgo bumpers and be absolutely awful at bowling, much worse than everyone else? I don’t have an easy, surefire answer to that. But I chose not to use them, so that’s the answer I chose today.

And predictably, I couldn’t even strike a single pin for the first several turns. Round after round, my ball fell into the gutter. Was it painful and frustrating and embarrassing? Yes. But did I eventually get better? Also yes. I learned how to time my throws more accurately, how to position my thumb more precisely, how to toss more forcefully.

The first round my ball did not land in the gutter and instead knocked down a few pins, my coworkers cheered.

This is not to say I became a bowling champion by the end of the night. I never got a strike or a spare. But I improved vastly from my string of zeroes. And I realized the following: I never had to get better at bowling before, because I always used bumpers.

This might not be a particularly insightful observation, even when applied more generally. The notion that one must “take the punches” and suffer without safety nets in order to learn is an idea I’ve encountered before in self-help books and TED Talks. But it has always been difficult for me to willingly do uncomfortable, not-so-fun things in pursuit of growth. When I studied for math contests in high school, I liked doing the problems I already knew how to do, because they were fun, and avoided ramming my brain against tricky questions I couldn’t easily solve. When I prepared for coding challenges last year, I gravitated towards topics I excelled at and not the ones I was weak on.

So does this revelation about bumpers really change anything? The knowledge that vegetables lead to longevity and good health does not make them any easier to eat. I still have my fundamental nature to reckon with. And these days, I’m becoming more and more skeptical of our pursuit of growth, or at least of the capitalistic forces that drive our desire to become better. What actually matters here? If I never bowl a strike in my entire life, I’d be okay with that.

Still, I’m considering what hardships I’ve been avoiding, how that has hindered my progress, and what bumpers in my life I need to remove.