Campus and Memories by Kidist A. '22

low-quality pictures and some memories

In the spring, I bought a polaroid, walked around campus, and took pictures of the places that were memorable to me in some way. Eighteen months between me and the person I was when I stood there last and I had nothing to show for it but stagnation. I’m bitter. I’m sad. I’m angry. There were posters for events from more than a year ago hanging in the infinite. Worse than that was the emptiness of it all: lobby 10, 26-100, banana lounge. Too many locked rooms, too clean rooms, too many signs of lifelessness.

I’m trying to be hopeful. I’m staying in Cambridge for the summer and have been to a few of Boston’s popular tourist sites. It’s been so refreshing to make memories that are anchored in places beyond my bedroom. I hope this will continue in the fall and that all these places will anchor even more memories. For now, I will reminisce. So, here are some low-res pics of campus and either my last memory before the pandemic or a notable memory there. 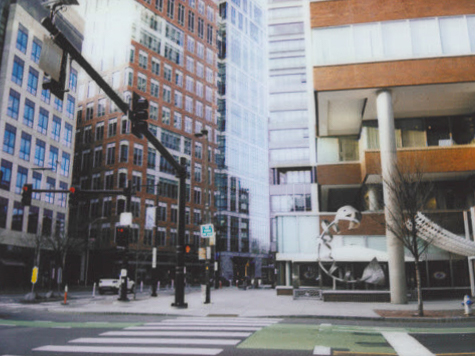 This view reminds me of my desperate runs to Starbucks for hot chocolate when I don’t make it to the cafe in Lobby 7 before it closes. It’s desperate because I hate walking in the cold, but I do it anyway when I’m down bad, which is, unfortunately, a relatively frequent occurrence. 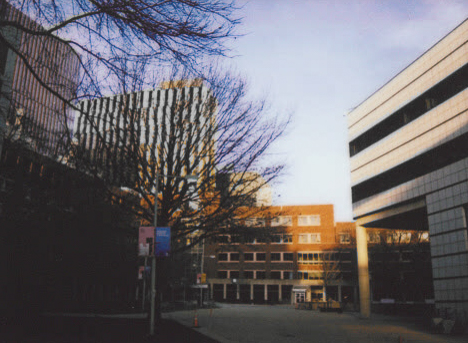 I have two prominent memories. The first was breaking my nail and going to Medical for help, to which I received none. I had to go to Cambridge ER, and they drilled two holes in my nail to relieve the pressure from the blood pooling beneath my nail. The second was coming to perfectionism workshops my freshman spring hosted in Medical which has really influenced the way I think and reflect. 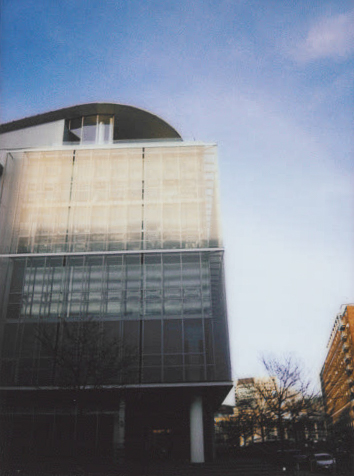 I remember staying here late studying for a 6.034⁠01 Artificial Intelligence exam with Kathleen. We ordered McDonald’s and spent too much time playing with twirling chairs and not enough time studying. 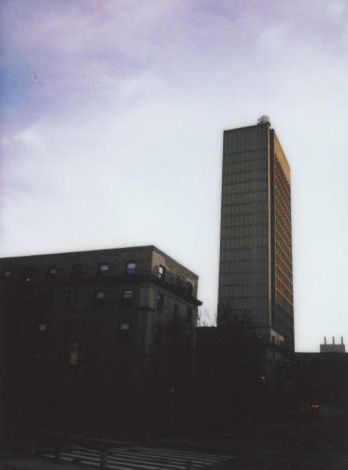 How does one remember anything but the exhausting stairs? I know that I don’t remember the first five minutes of 18.02⁠02 Multivariable Calculus lectures because I was focused on controlling my breathing and pretending those stairs didn’t knock me out. 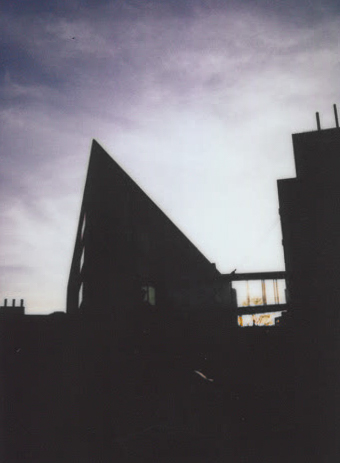 The borderline murals in the tunnels of building 66 had a big influence on my decision to come to MIT. I appreciated the fact that MIT let students leave their mark in such a beautiful way. 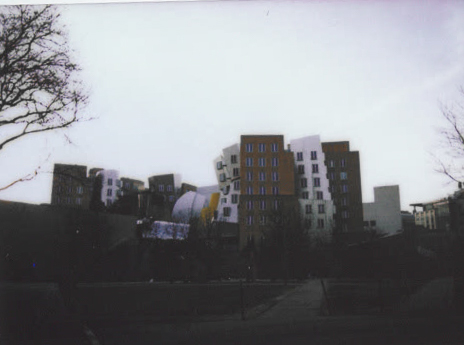 The last time I was here was for a speech workshop for 6.UAT. ⁠03 Oral Communication I remember that it was my first time going to the basement/lower level, and it was so confusing trying to figure out if I was in the right room.

My most prominent memory is Kathleen and I running to my advisor’s room to approve my schedule so that I could keep my spot in my poetry workshop class. Besides that, I spent a lot of time sophomore year studying here. 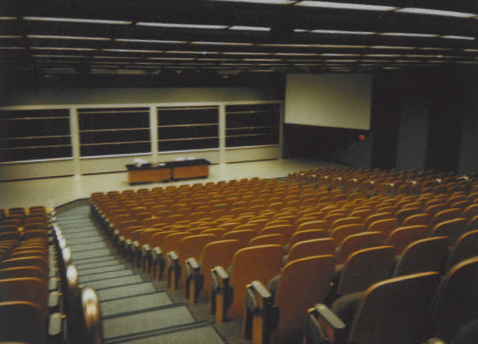 My favorite memory is breaking our curfew and coming in here and blasting music and singing and dancing during Interphase. ⁠05 A two-year scholar enrichment program that includes a seven-week summer session as well as programming during the academic year to help ease the transition to MIT and to build community among new students. 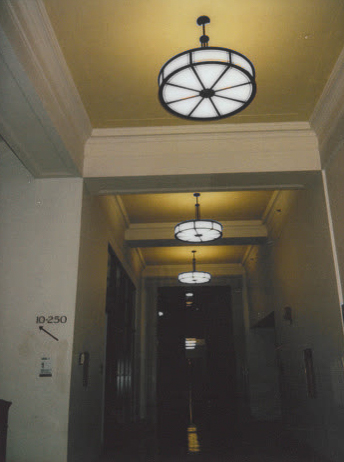 I went to a gospel choir concert to support my big from BWA sometime freshman year. 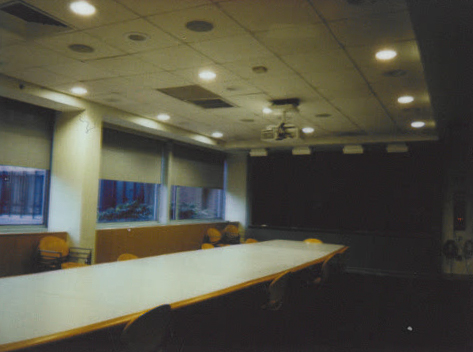 My poetry workshop class was in this room. I really miss the vibe of this class because it was just so supportive and wholesome, and that energy was hard to maintain virtually.

I feel like this is a place that I go to so frequently that I can’t come up with a single prominent memory. If I imagine the start of my day, I picture the crosswalk on Mass Ave whereas the end of my day would be lobby 7.

Like lobby 7, I’m struggling to come up with a specific memory given that I walk past it so many times. A trivial memory would be taking pictures of Killian on a snowy day for my photography class sophomore fall.

Hayden was my go-to library for longer study sessions. I’d have those sessions around exam season, so I’ve come to associate Hayden with that.

I think the last time I was here was most likely when I’d get samosas from cafe spice at least twice a week. After a certain point, I wouldn’t even say my order; the servers already knew. I’m so sad that the cafe won’t be there once we return back to campus. 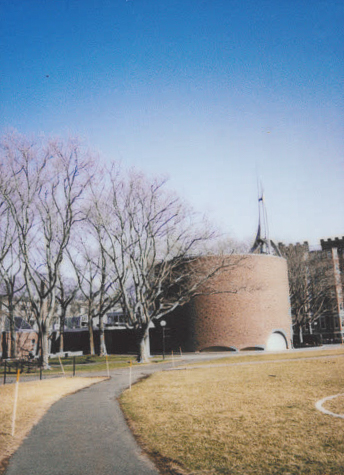 My mom and I were standing by the chapel sometime right before my freshman year when we overheard a tour guide explaining that there is only one dorm that serves lunch, Maseeh, because students generally have two meals a day. My mother was aghast.

Ring Premiere! On Valentine’s day! It was an emotional and energetic night for me in both good and bad ways lol.

The last time I was here was the day before we were kicked off campus before the pandemic. Some people and I stayed up the whole night to watch the sunrise on the bridge. We walked halfway to the bridge, which is marked ‘halfway to hell’, took pictures, dropped a penny and made a collective wish. 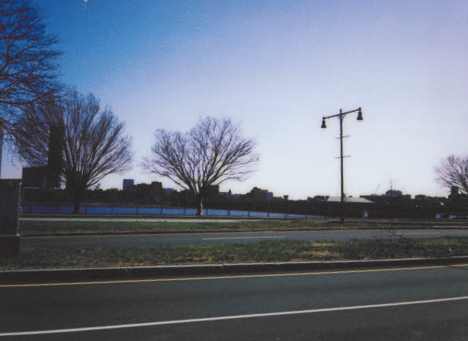 This view reminds me of walking to the BSU lounge in Walker memorial.

They all kinda blend in together in these pictures. My first time back in these halls since the pandemic felt both new and deeply familiar at the same time. It made me confront how much I had forgotten something that was so basic and common to me at one point in time. It made me realize how much I will forget when I graduate. 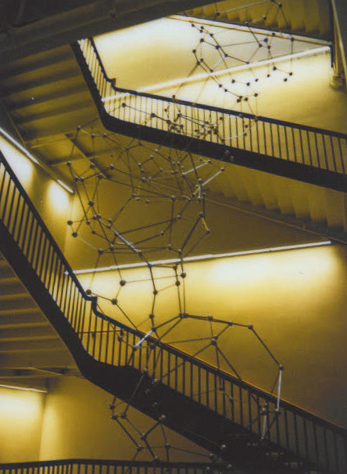 Honestly, I just think of imposter syndrome when I see this picture. 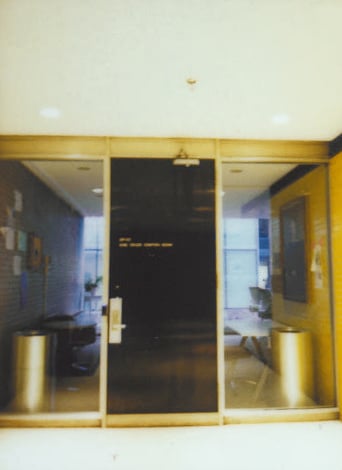 When I had no motivation to go to Starbucks, I’d get hot chocolate from the banana lounge. It wasn’t the best, but it was free and accessible. 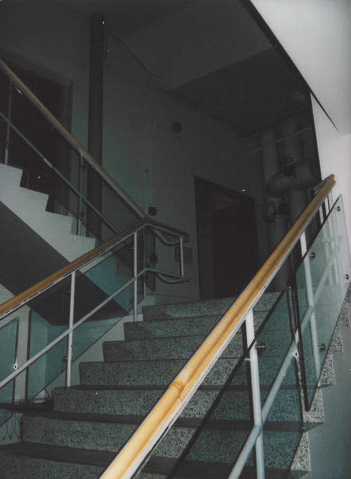 I would take the elevator across these stairs to get to my UROP sophomore fall. 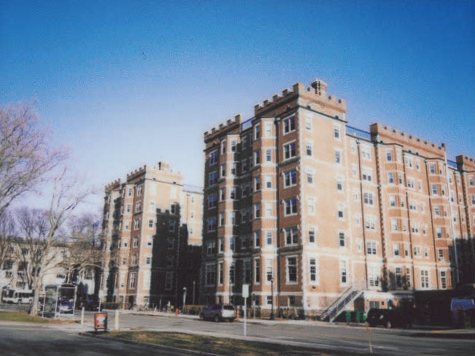 I have a special love for Maseeh and its pizza. I’ve been dragged and clowned for this but I’m willing to die on this hill. I basically lived on Maseeh pizza all of my freshman year.

This reminds me of my rough days at S^3. ⁠06 Student Support Services

This reminds me of rushing to 6.UAT recitations. Attendance was required and if you were late, I think it wouldn’t count as a full attendance. 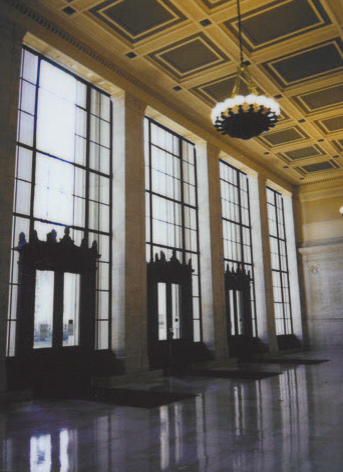 I miss all the boba sales! I think the last time I bought one was from my housemate who was raising money for the cheer team.

The Johnson Arena used to remind me of the career fair and ice skating, but now I instinctively associate it with covid testing. New Vassar reminds me of testing as well because I’d only really see it whenever I was done testing. 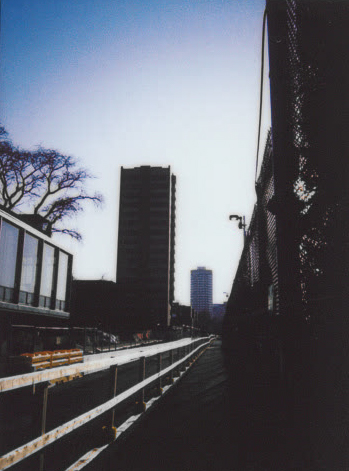 The new sidewalk for the second half of dorm row reminds me of the walk to Johnson to get tested.

I spent so much of my time this spring in New House that it dominates my memories. Besides my room, I probably spent most of my time in our pod’s lounge, especially when I was working on a mural for Borderline.

The view outside my room’s window

I spent a lot more time sitting at my desk and staring out my window this past semester than at any point in my MIT career, which I guess is only 1.75 years on campus. I think about when Briggs was covered with snow for two weeks this winter, which reflected soft diffused light and made my skin look great on Zoom for the first two weeks of school.