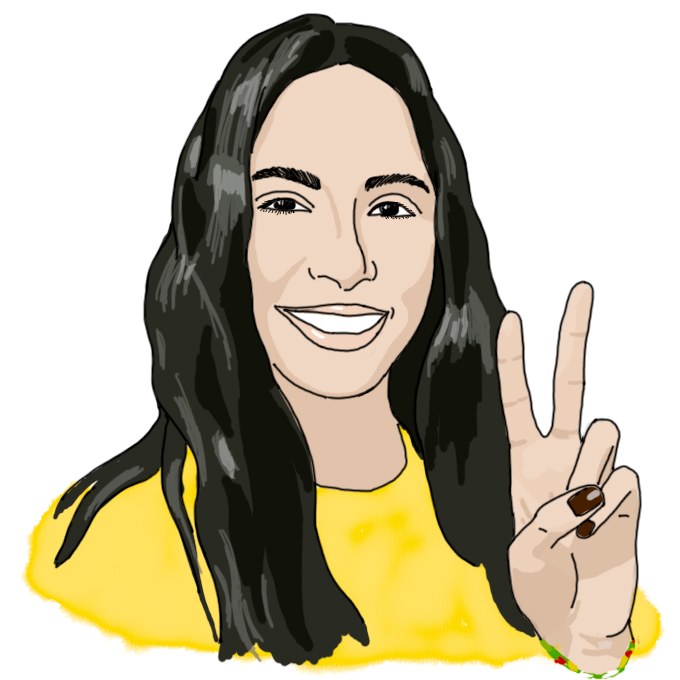 Once, while working as a cashier, I noticed that a customer’s total had come to $3.14, the monetary equivalent of the ratio between a circle’s circumference and its diameter. I automatically said, “Heh… $3.14. Like pi.”
The woman made a face. “PI?!” “Did you say PI?!”
“I said it’s like pi,” I repeated, immediately cursing my inability to keep nerdy observations to myself.
“PI?!” she shrieked in bewilderment.
“You know, pi… the mathematical constant?” I explained with increasing desperation.
“PI?! I have NO IDEA what you’re talking about… PI???!”
…People are staring.
Eventually I muttered some excuse about me just being a nerd, resignedly handed her the receipt, and watched as she slowly, cautiously, um, ran away from me.
So anyway, there’s my first compelling reason to come to MIT! People here will still give you funny looks if you do something sufficiently absurd, but at least they will (probably) laugh (or cry) at your pi jokes (out of pity).

It is currently the first day of school’s eve, more commonly known here as Reg Day. Morale is at a local maximum. Provisions are in full supply. I am sitting in my palatial room in East Campus as I type. The door is at the optimal angle between slightly ajar and fully open, because that is how you make friends in college. I met with my course 16 advisor for the first time and expressed my abject terror at surviving the four-part class that course 16’s generally take their sophomore year – collectively, affectionately referred to as Unified. He ultimately told me that, why yes, it is, in fact rather “difficult”… Sweet!

(He did not say it was impossible.) 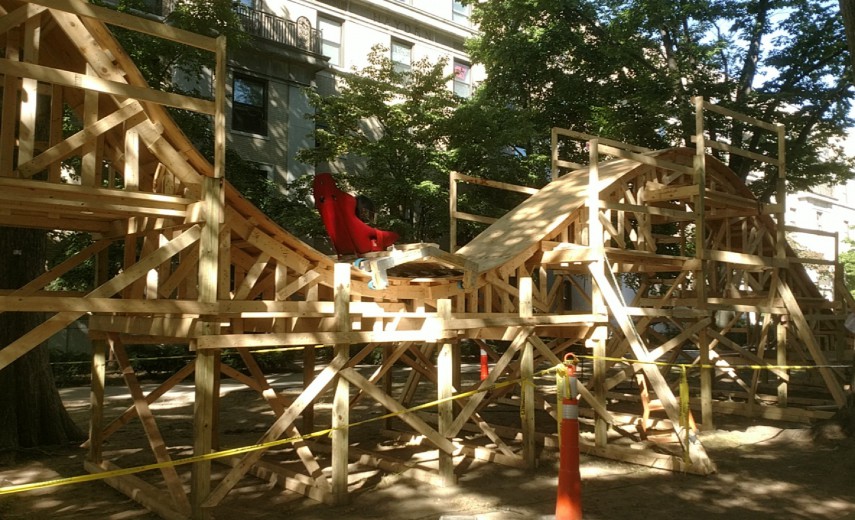 It is now the day after the first day of school’s eve, more commonly known as the first day of school. I walked into the first lecture of the first class of the first year of my tenuous tenure as a course 16 unceremoniously late. I would like to posit that half the notoriety of Unified stems from the fact that one must convince oneself to voluntarily abandon one’s luxurious Institute mattress for the pure joy that is throwing together a disheveled outfit, running across campus to building 35, which you have to waste time searching for like the freshman that you still feel like most of the time, and proceeding to sit down for a whole two hours and ponder how you ended up here, the intricacies of aerospace engineering, but mostly, uh, how did I end up here?!?!?!

Anyways, unlike yesterday, I am not sitting in my room in East Campus as I type. East Campus no longer exists. It has been replaced by a massive pile of problem sets made even more structurally unstable by the weight of the expectations attached to them. The psets appear to exist in some sort of perverse dynamic equilibrium – as soon as one is finished, another is automatically generated. Yeah, I swear the atmospheric pressure at MIT is actually higher. 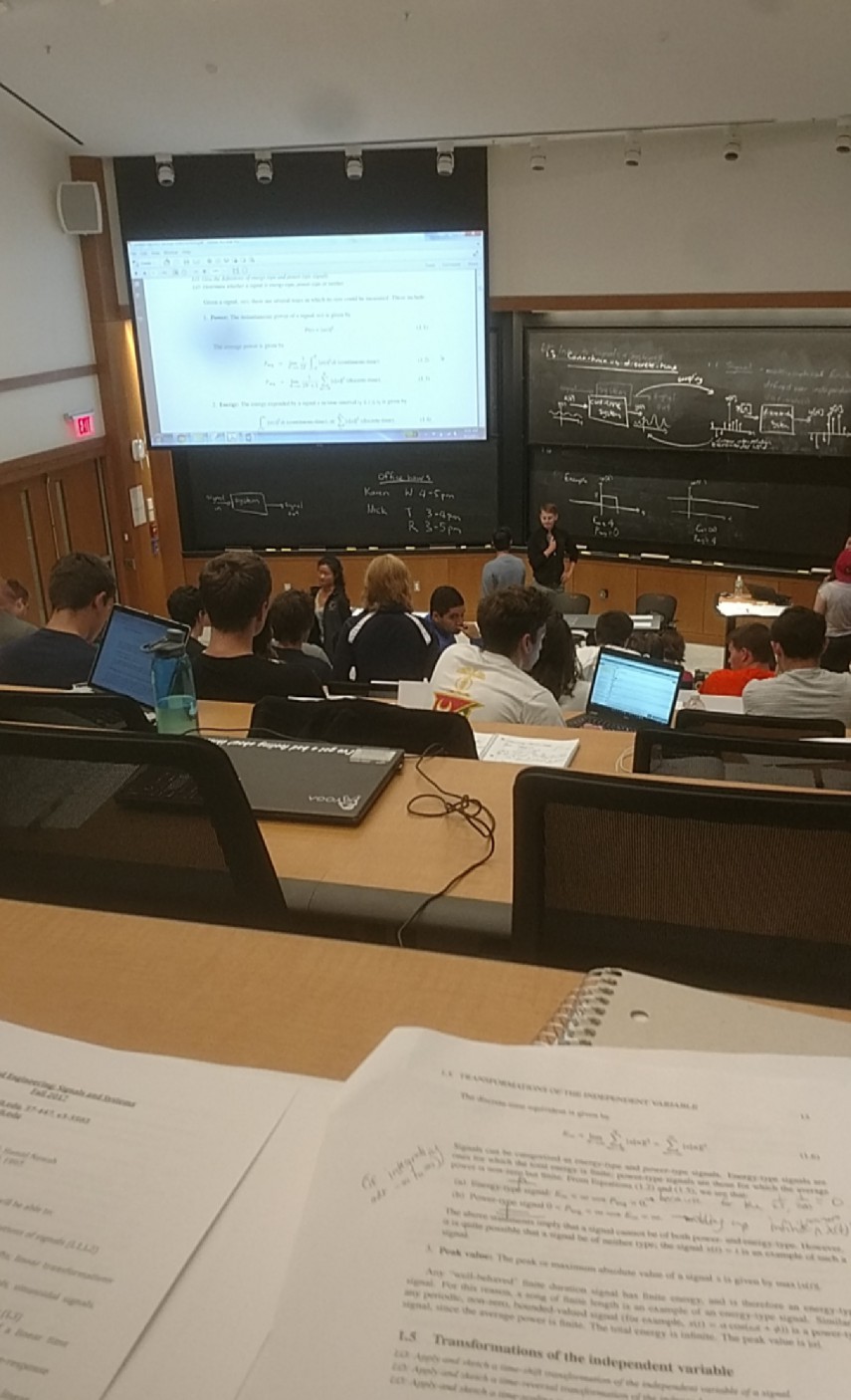 Class. Taking a break after the first hour.

I finally finished the arduous task of hanging my posters on the walls of my dorm room. There is nothing I love more than abusing the arbitrary power I have to command the adornment of an entire, modestly sized single room in East Campus. Which is to say that I love making my room feel like mine! It is the visual manifestation of everything I love! 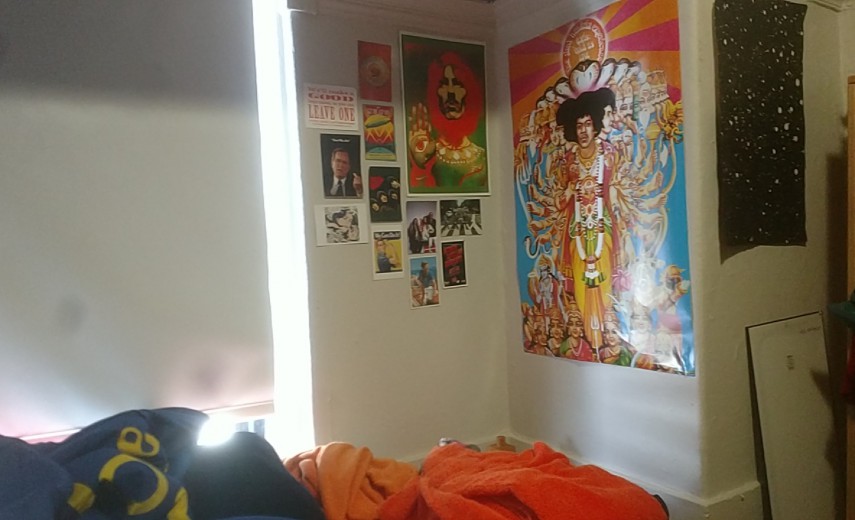 A few bits on a bit of my wall. 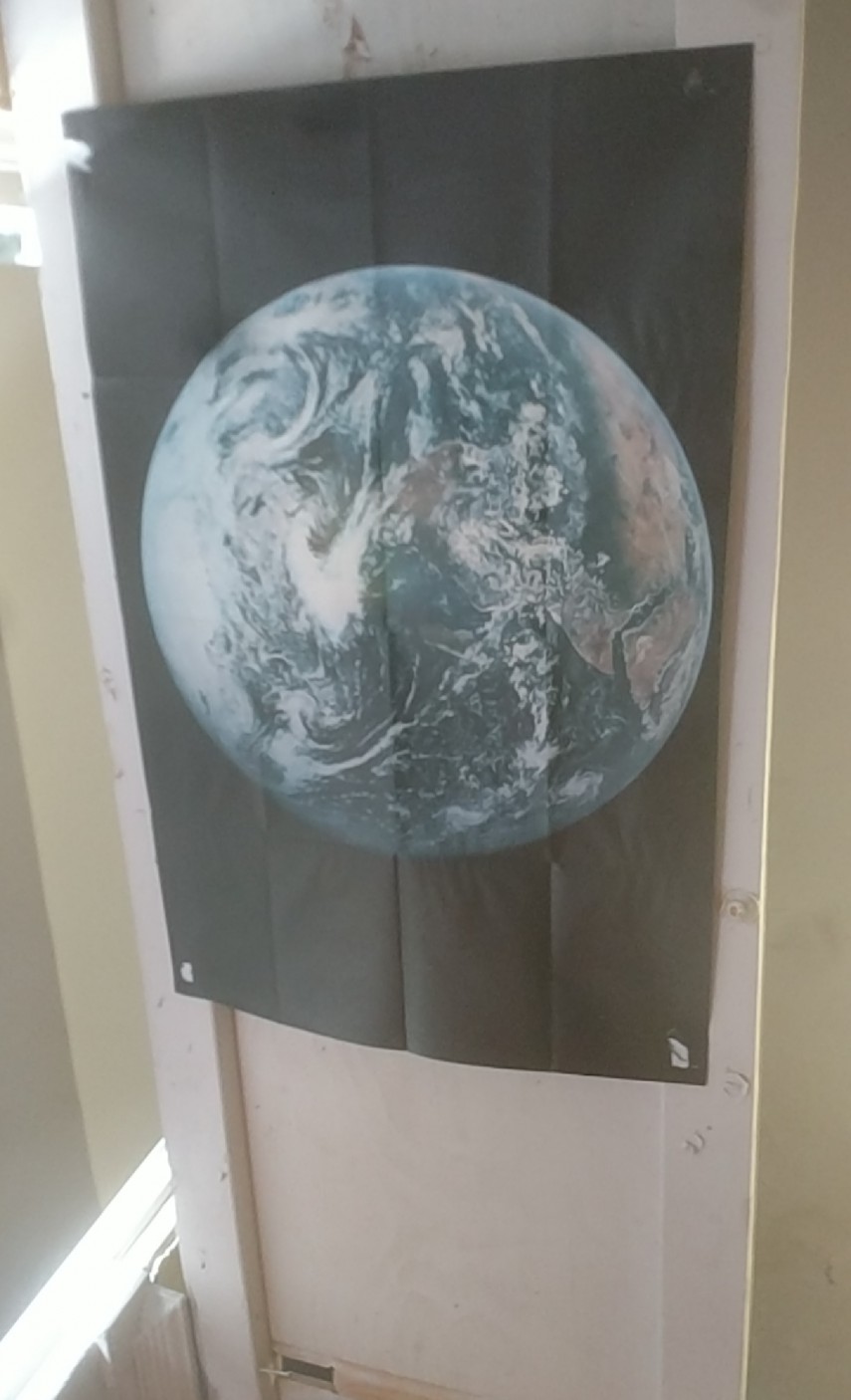 I hung this directly above my bed so that this is the view you get when lying down, looking straight up. Can you find MIT in this picture?

I have also been performing the heroic culinary feat of preparing grilled cheese every day this past week. Unfortunately, I have no pictures of this delicacy because the amount of time that elapses between the grilled cheese leaving the pan and my savage consumption of it is shorter than the half life of francium. I will likely enumerate at a later date the thrilling domestic experience that making food for yourself in college provides, as there is quite simply nothing like the rush that accompanies sliding a luscious, superlatively grilled grilled cheese out of the pan.

Anyways, thank you for reading this somewhat mundane, completely arbitrary amalgamation of memories from the five days I’ve been here so far. MIT isn’t always this exciting, you know.

Hi, I'm Jackie! My DJ name is Jmonatomic because if I was a molecule, I would be a monatomic molecule… because I'm independent like that. Or something. I am majoring in course 16 (aero/ astro), leaning tentatively towards the “astro”. Yes! Space! And traveling through it! I am currently…
Keep Reading