Spring semester is here, which means summer is coming up soon, and while I’m excited for the sunny weather and the shorts-and-tank-top-wearing days to finally be upon us again, I have also been in an application frenzy looking for something constructive to do. Believe it or not, I started planning for this year’s summer break last year August, a consequence of being a professional perfectionist, pessimist and long-term thinker rolled into one. Thanks to a Concerned Proactive Mentor, I had a shitty first draft of my resume by the end of August. I improved on it in the subsequent month, and by the end of September I got a ‘pretty good’ from aforementioned Mentor, which coming from him was a real compliment. I attended Fall Career Fair armed with a healthy dose of false confidence and about twenty copies of my refurbished resume, and proceeded to visit all the freshman-friendly companies and shower copies of my resume on recruiters. I staggered back to EC loaded with General Motors tee shirts and Apollo beanies and Oracle backpacks, even a PlayStation power bank, but aside from that, I didn’t get any resultant call-backs.

I spent most of my free time in October and November polishing up on my application to Google, Microsoft and Facebook, all which have freshman-friendly programs specially for under-represented minority students. Go big or go home, right? I probably wrote and re-wrote my application essays eight times each, sending them out to whoever I believed would give me honest opinions on my work after every revision. (Shout-out to everyone I pestered into opining on my applications. Adults are important! They know so much!)

Applying for an internship is a challenge- actually, applying to anything in general is a challenge, because you’re knowingly putting yourself in a vulnerable position, and giving someone (who you’ll probably never meet) the power to accept or reject you. I always heard people say “Oh, I’m not sure I’ll apply to XYZ” and wonder, why on earth would you not apply to something when you have the qualifications, like what would you possibly have to lose? My mentality was probably coming from a place of extreme self-confidence because, being young and naïve, I hadn’t had to deal with rejection or failure often. My stance was challenged first when I applied to MIT (what an emotional roller-coaster) and again, while applying for things at MIT, because literally everyone is, if not better, then just as good as you are. Also, you’re a freshman, and NOBODY WANTS YOU (or, at least, it feels like it).

Okay, let’s rewind to why I REALLY wanted to intern with Google and Facebook (because I hadn’t started my coding classes yet and actually thought I’d be a MechE major then). I really, really, really, REALLY wanted to go to California. Honestly, that was it. I love the beach (evidence: I did the Ocean Engineering FPOP just to be in close proximity to the beach, though disappointingly, the Boston beach isn’t warm and you can’t swim there RIP) and I had this image of me lounging by the California beach after a hard day’s work. Also, any of the Tech Big Four would look pretty good on my resume and count as great work experience.

I was at a distinct disadvantage, even applying to a program for minority students. I had limited exposure to programming languages, partly due to the difference in curriculum and partly because I didn’t dedicate time during my gap year to improve my coding skills (it was a gap year and I wanted to chill). This was the rationale I used to make sense of the rejections that came pouring in. In the window between application and hearing back, I promised myself I wouldn’t get my hopes up, then went ahead and spent copious amounts of time poring over Reddit and Quora threads, obsessing over who heard back when and what that probably meant for my application. Who was I kidding? My hopes were just about as high as the ISS.

I’m still figuring out how to get UROPs. I was seated at one of the café spaces at Stata waiting to go in for my recitation one morning when I overheard a tour guide leading a tour say something like “UROPs at MIT are super-easy for freshmen to get into. I literally just approached my Professor and he connected me with a group doing a UROP and they accepted me.” That must definitely have been true for her, but I instantly remembered rejections I had received earlier that week from two of the six UROPs I had applied to for the semester.

In my opinion, situations are different for people and when one thing that worked out for someone else doesn’t work out for you, then you start questioning your abilities or competence in that field. I called my brother to rant about this some time ago- old habits die hard- and he told me, “I’m happy you’re getting rejections! They’re important to show you hautoshi mboga.” Cultural reference: this is a Swahili phrase which literally translates to  ‘you’re not enough cabbage’, essentially meaning ‘you’re not all that’. In his blunt big-brother wisdom, he hit the nail on the head, snapping me back to reality by succinctly reminding me that being at MIT is simply not enough. I still have to earn my place and work for what I want. “I’m being too ambitious,” I sighed. “There’s no such thing,” he countered.

When you go through such experiences, it’s only natural to question your abilities and aspirations. Are they too lofty? Are you not good enough? In my opinion, and in my brother’s, these questions are healthy. The realization that the playing field is not even steers you away from complacency and drives you to consistently improve on yourself. Aluta continua, brethren. 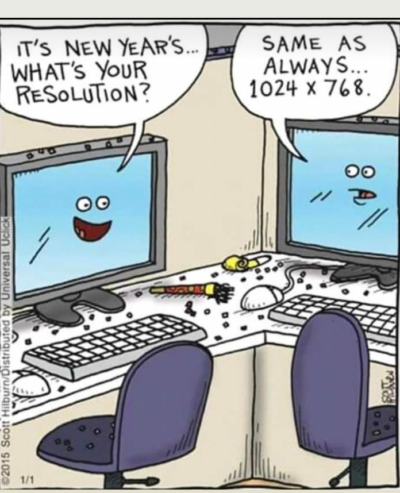