After rocking the jeans + sweater/t-shirt look for almost an entire school year, two events occurred last Thursday and Friday that required a slightly more spiffy outfit choice: Ring Delivery (also blogged by Rachel) and the end-of-season fencing banquet. Here are some thoughts if you’re into that kind of thing.

The Photography of Ring Delivery: Ridiculous Poses and Pictures of Hands
A data summary-esque analysis by Ceri

Abstract
Ring Delivery is a time-honored tradition in which Massachusetts Institute of Technology (MIT) students gather to receive small chunks of molded, semi-precious or precious metal for which they paid large sums of money several months prior. After receiving their ring, colloquially called a Brass Rat, individuals usually feel pride, joy, and a slight sense of dread (or perhaps elation) because they are nearing the end of their sophomore year and the halfway point of their MIT career. This peculiar brew of emotions leads individuals to document their experience in odd ways, especially through very distinct poses and photographs. As such, this study will analyze primary examples of these photographs and attempt to elucidate why such great effort is put into emphasizing the presence of a new piece of jewelry. 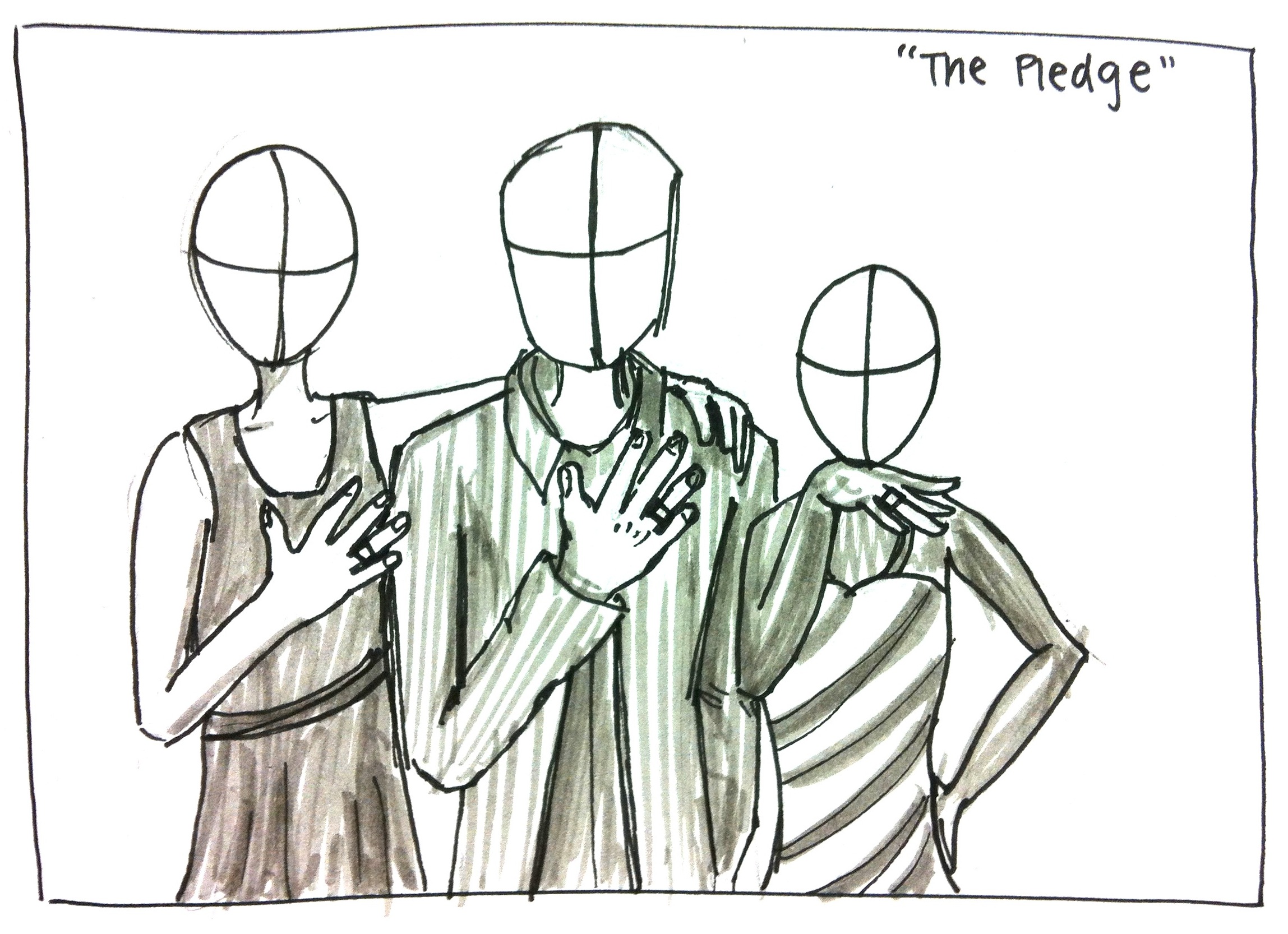 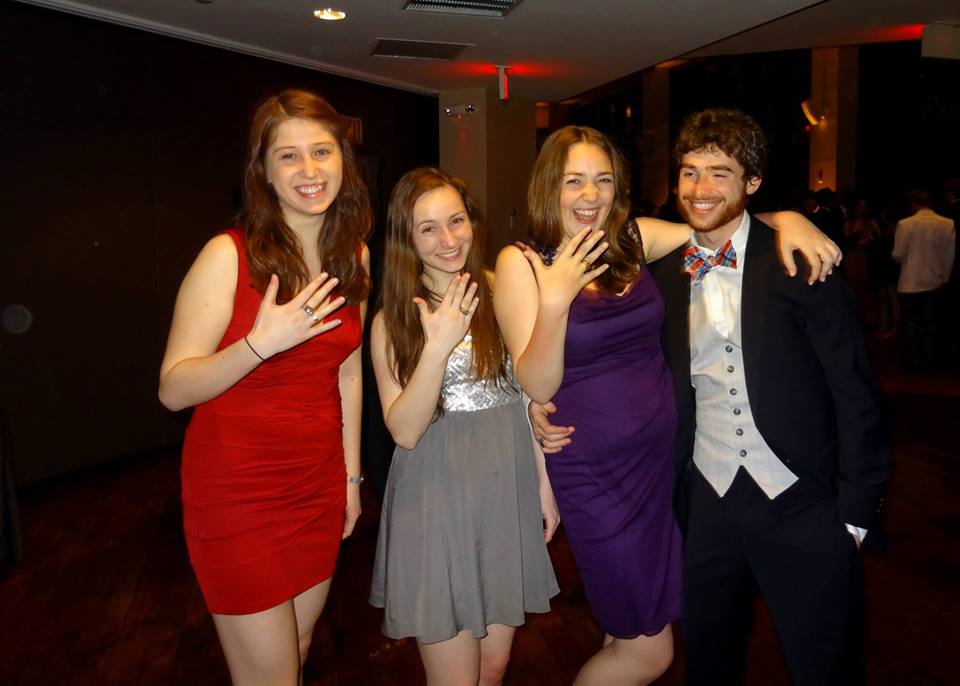 Figure 1. Participants pledge allegiance to MIT. This photograph depicts the most common group pose found at Ring Premiere, in which several people smile and hold their ring-bearing hands with flat palms over their chest area. Pictured here are myself, Rachel R. ’16, Lauren W. ’16, and Nick A. ’16, aka two-thirds of the coolest suite to ever have existed (an unbiased assessment).

While almost everyone participates in a Ring Premiere photograph of this genre, this may also be the most ridiculous picture from a non-MIT perspective. Clearly the intent of participants is to appear excited for the new status symbols upon their fingers, but each Brass Rat is reduced to but a small glimmer. Participants take a traditional stance with their right hand over the heart region and appear to be pledging allegiance to MIT, a beaver, engineering, IHTFP, stress, Tim the beaver, symbolism, materialism, or some other unknown force. Further study is required to identify to what or to whom they are pledging. 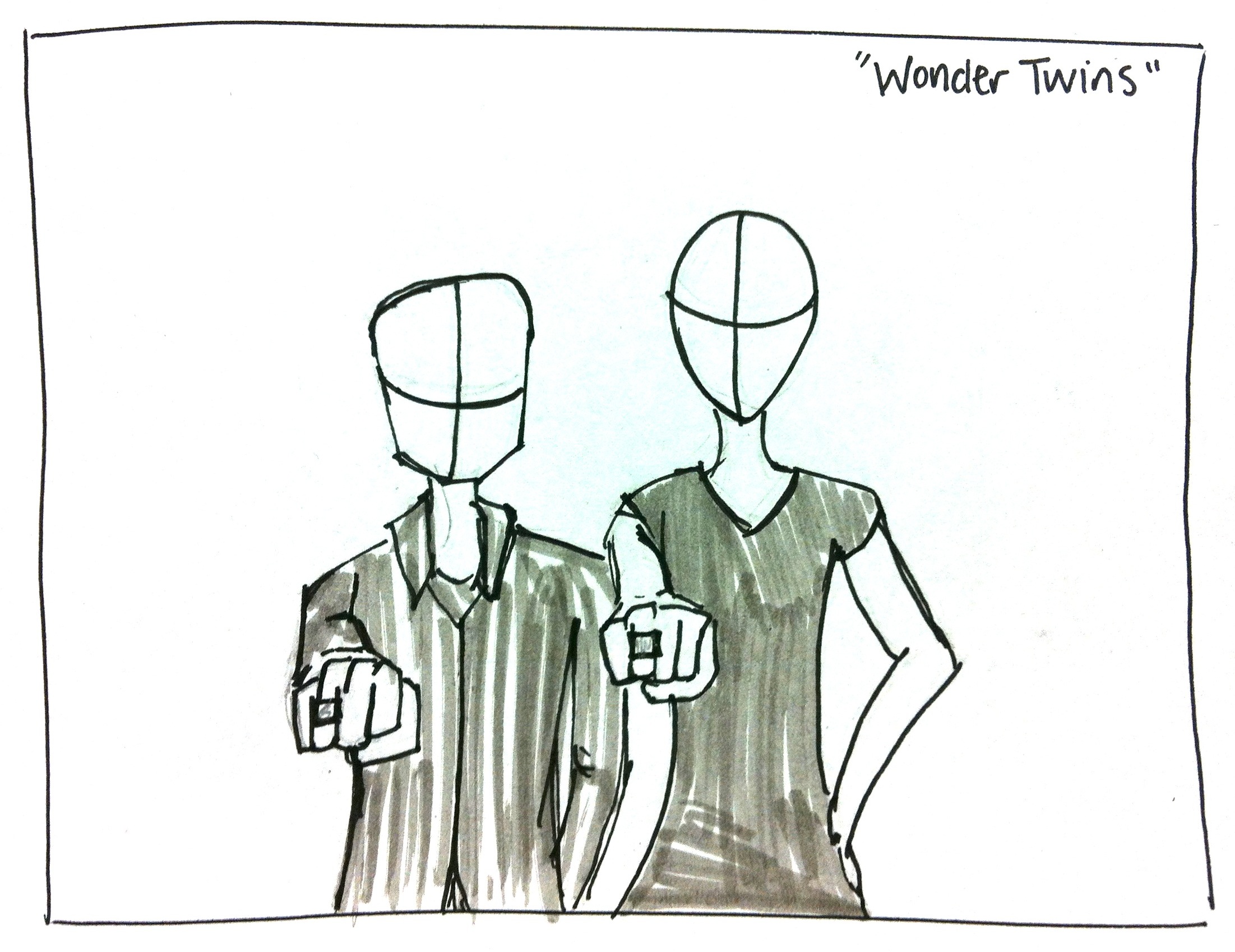 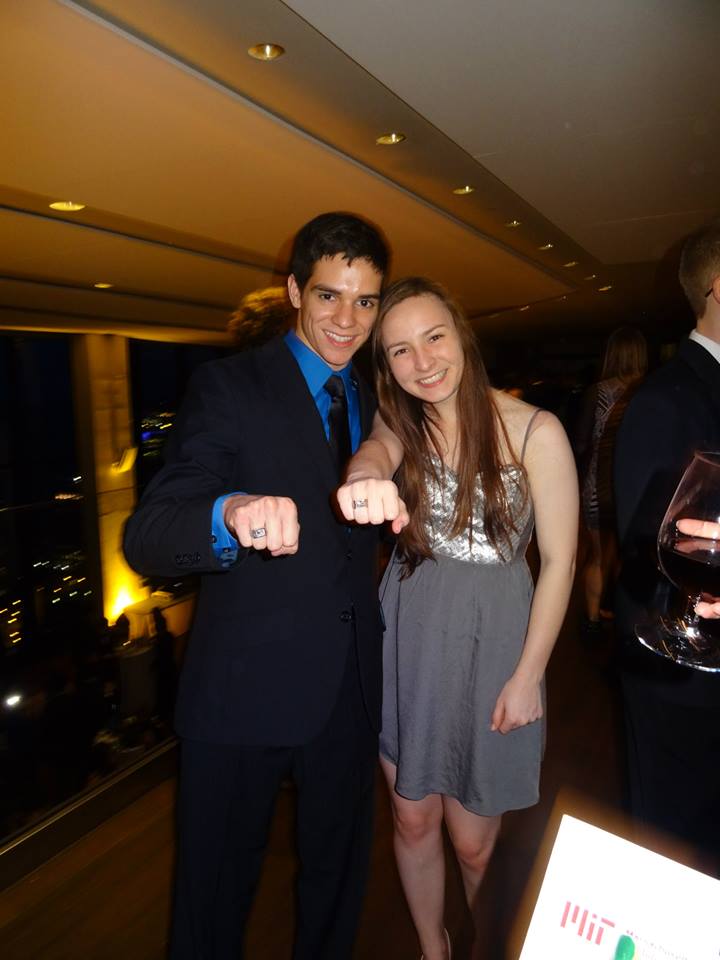 Figure 2. A superhero resides within every MIT student. While a slightly less common pose, oftentimes with smaller groups of 2-3 individuals, this photograph depicts students displaying their rings with clenched fists. Students may smile, as in this example with Alex O. ’16 and Rachel R. ’16., or adopt a scowl or more “serious” facial expression to amplify intensity.

This genre of picture represents the inner desire to be a superhero within all MIT students. While many would say that these pictures parallel the heroic nature of Tony Stark/Iron Man, MIT’s celebrity comic book hero, the presence of the Brass Rat in lieu of an arc reactor seems to invoke imagery of the Wonder Twins. The Wonder Twins’ powers were invoked by forming contact between their rings, at which point Zan (the male) would be able to assume any form of water, and Jayna (the female) would be able to transform into any animal. Perhaps MIT students hope that their rings will bestow similar powers, like knowledge or the ability to transform into an oversized beaver. 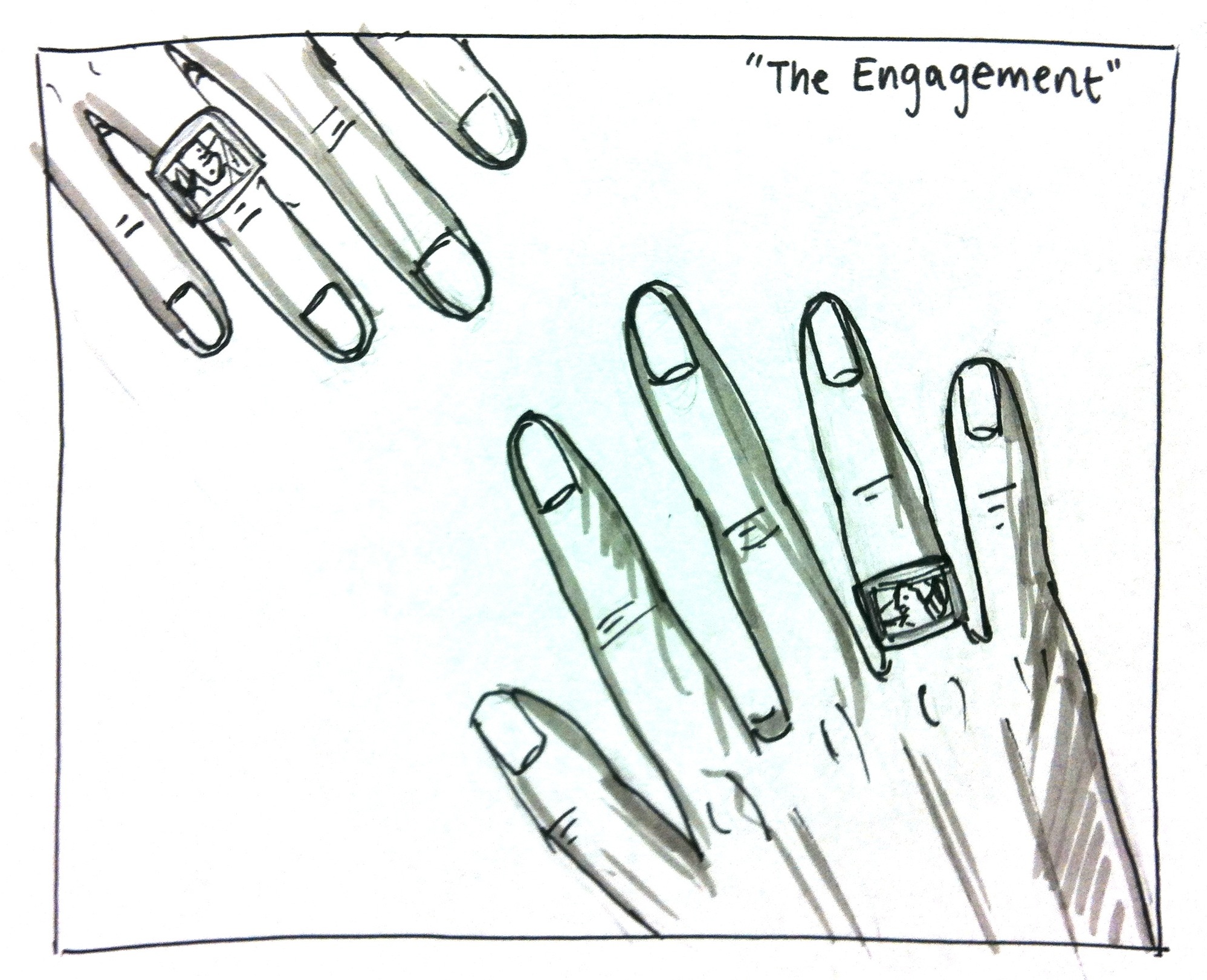 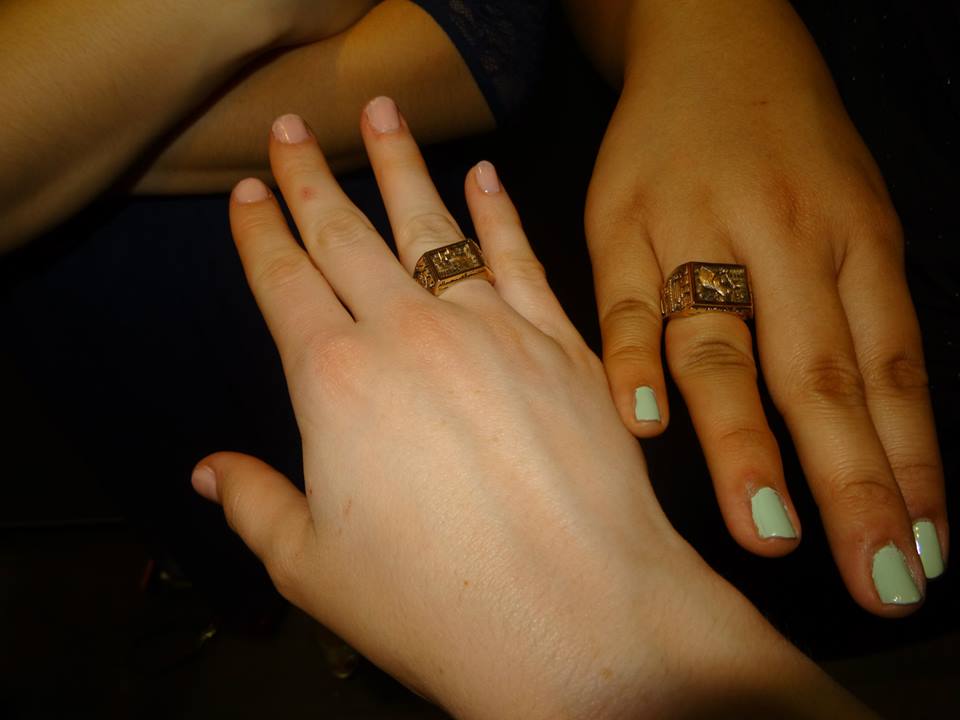 Figure 3. Students comMIT to an engagement with a university. This type of photograph is designed to emphasize the details of both the Brass Rat and/or the manicures of the student, as depicted by the hands of Rachel R. ’16 and Lesley W. ’16. In a similar vein are the pictures of the MIT ring box with the Brass Rat nestled inside; not pictured here.

The most common caption to these photographs is some variation on “MIT finally put a ring on it,” or “Engaged to the institute!” While this quip is in reference to the fact that most people wear Brass Rats on their right hand ring finger, participants do not appear to consider the extent of this metaphor. Perhaps it is an acknowledgement that life at MIT is like a rocky marriage—the first part of freshman year is the honeymoon phase, but then students end up living in the academic buildings and sleeping on couches, raising stress levels, and investing large sums of money to make the university happy. Eventually, this engagement will end in a divorce, when these students graduate and move on with their lives as a new batch of hopefuls fill their place.

Discussion and Conclusions
Through this study, we have discovered that MIT students are proud of their quest to survive their undergraduate career, and this pride manifests itself in the form of strange photographs upon receiving a status symbol of attending the aforementioned institution. While strange to an outsider, these photographs appear annually on MIT students’ social media websites around the last week of April. This tradition will most likely continue as long as Brass Rats are being distributed at a Ring Delivery, which, in all predictions, may be many centuries to come.

On a separate (totally not giving you whiplash) note, the day immediately following Ring Delivery was the first chance for the fencing sophomores to show off their new rings at a different formal-ish event, the end of the year fencing banquet.

To my knowledge, a lot of sports teams have some form of “our-season’s-over-but-we-should-eat-food-or-something-because-you-guys-are-cool” type event, and this is the fencing team’s version. There is food, merriment, gifts for graduating seniors, special award nominations (for example, the Anne Zabladoff Award for Fencing Masochism or most Clueless Sophomore), and paper plate awards for everyone involved with the team. I don’t have any particularly snarky commentary re: photos taken at this event, so here are a couple courtesy of Sherry R. ’15. There’s a group photo of the entire team + coaches, the (almost entire) foil squad, 5/6 of women’s foil (self-proclaimed highest attendance, lowest attention span), and men’s foil making fun of women’s foil (plus a rogue men’s sabre). 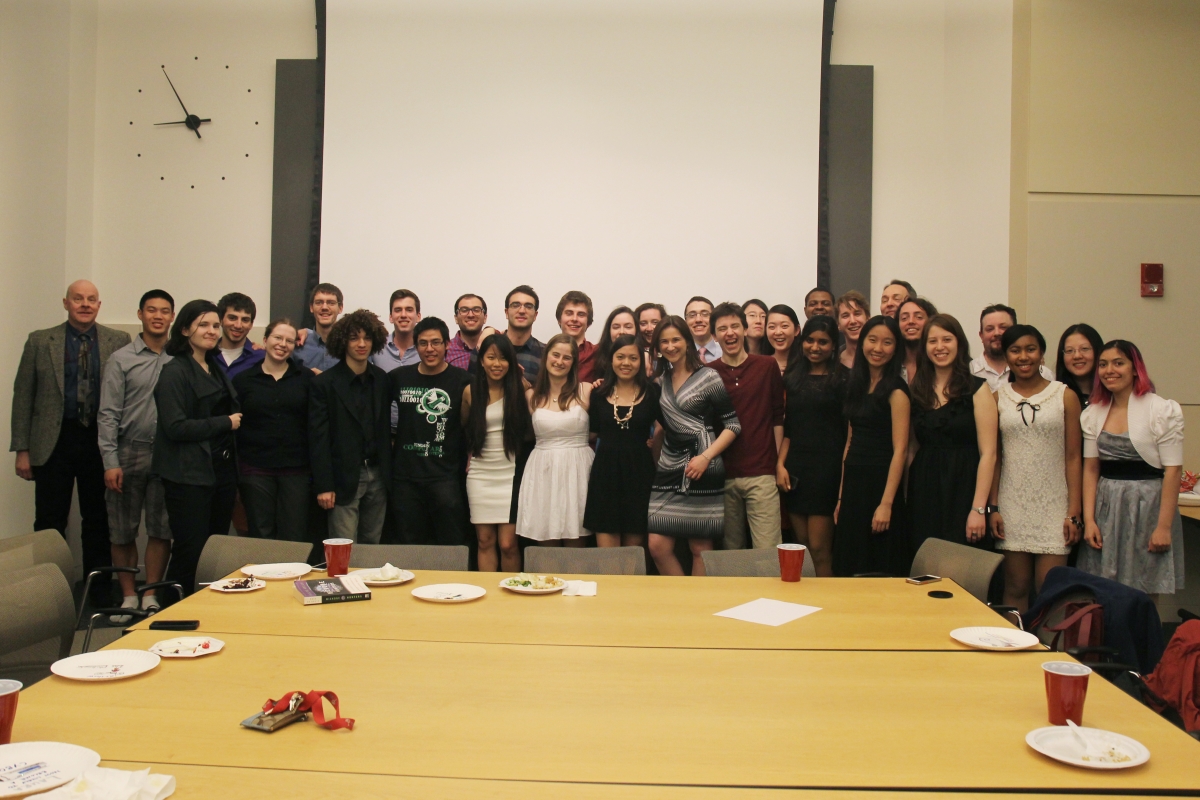 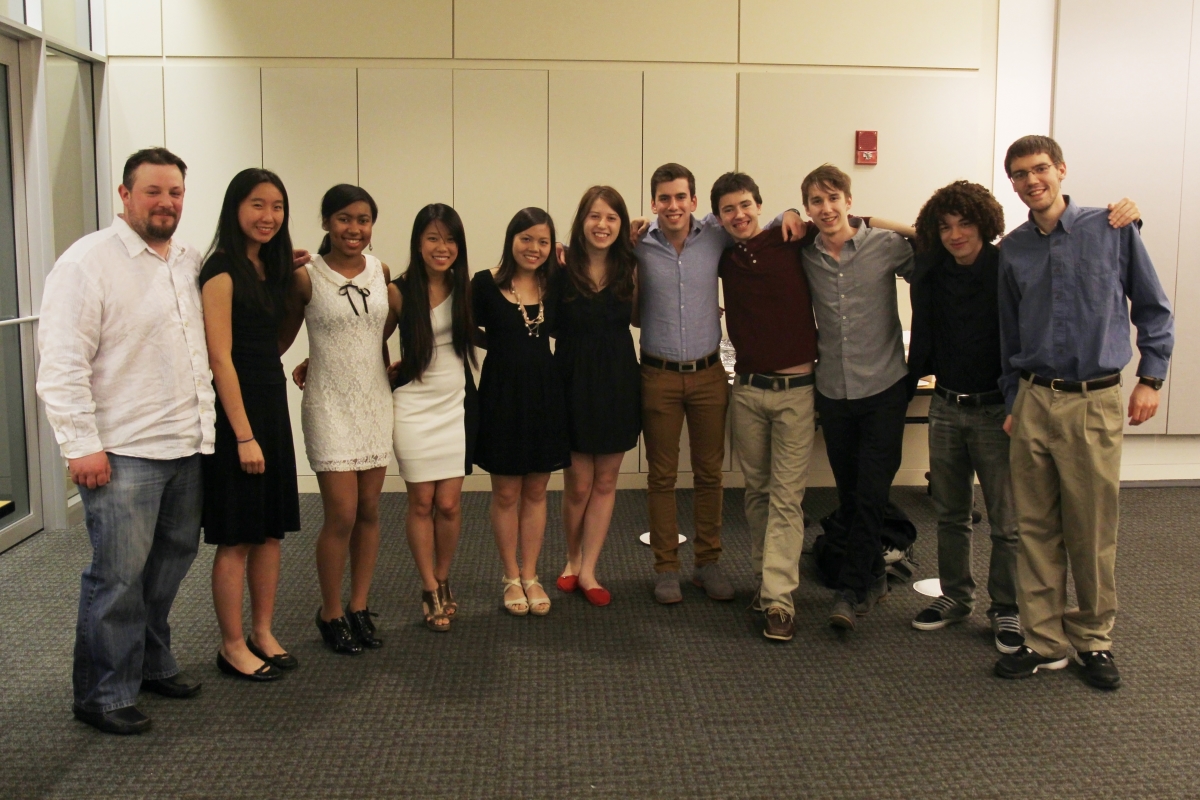 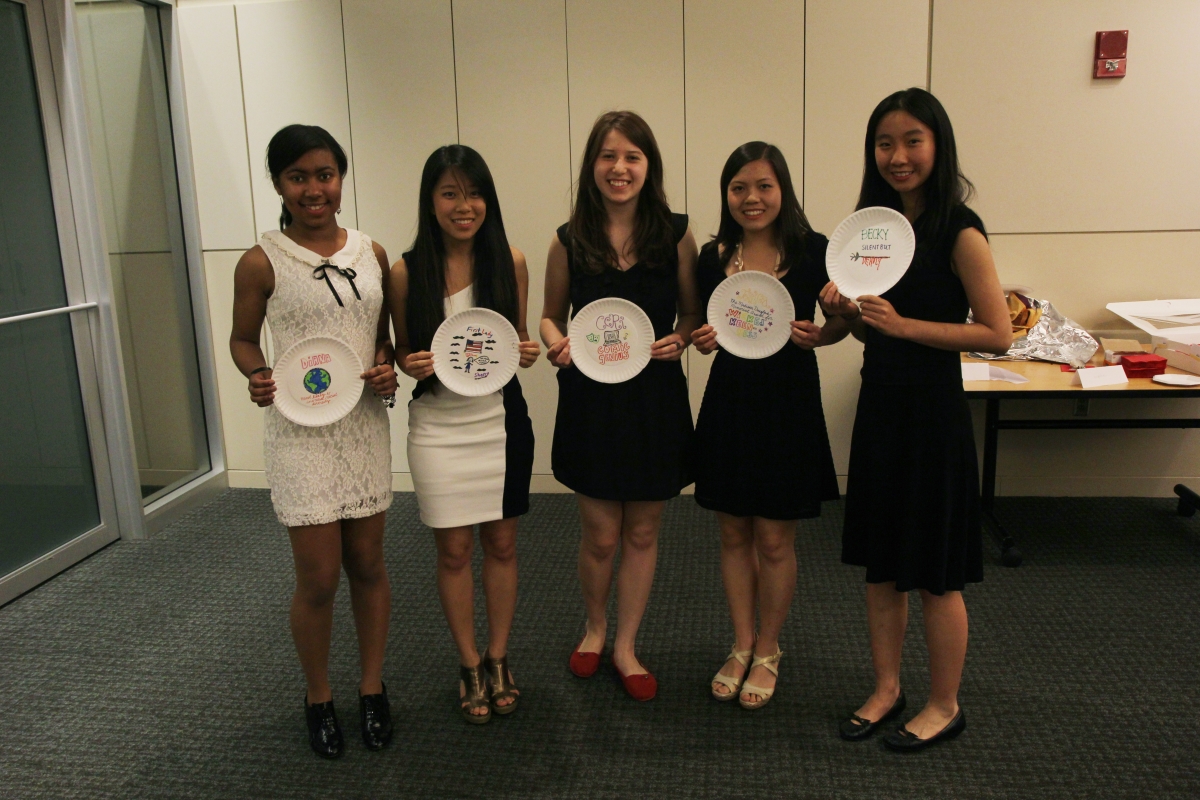 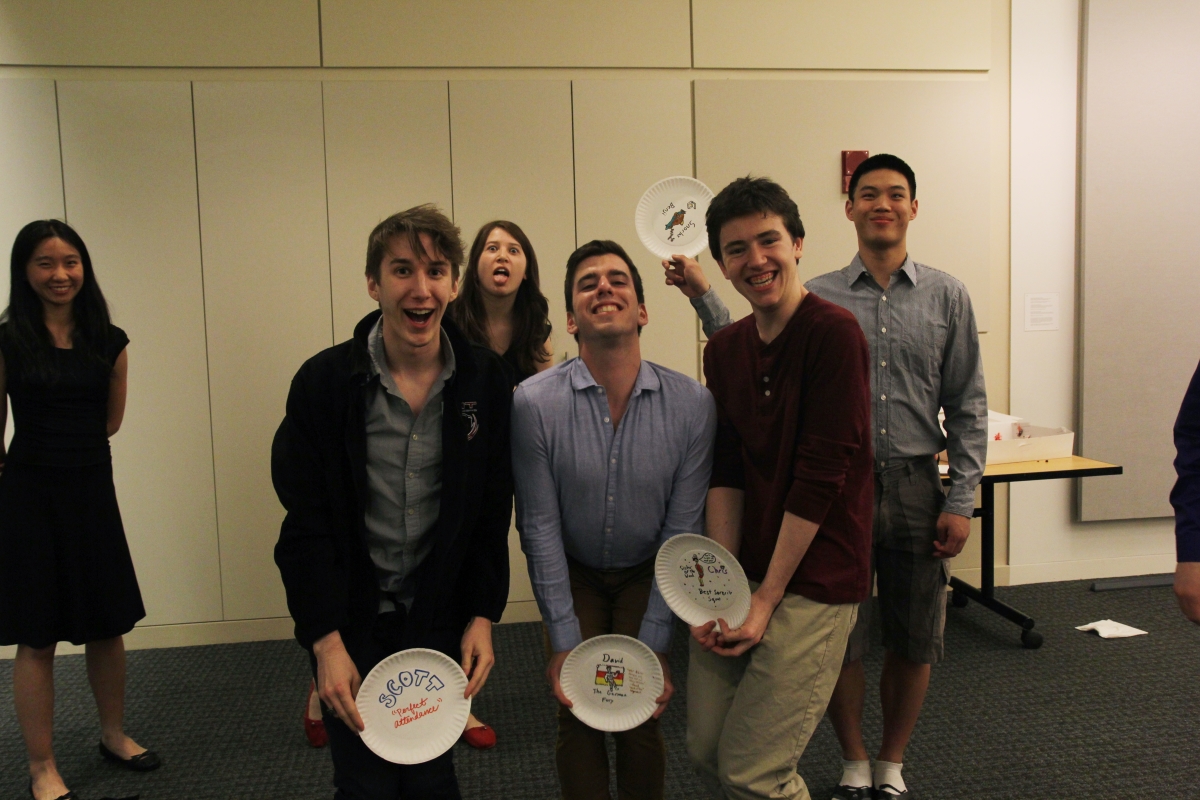