Halloweekend by Anastassia B. '16

and the 7 weekends prior!

Blogosphere: “Yo, Anastassia, where’ve you been? What’s your freshman year been like?”
Anastassia: “Oh hey, you! My freshwoman year has been the FRESHEST of fresh, like the Fresh Prince of Bel-air eating crisp lettuce leaves in chill weather.”
Blogosphere: “Right… work on those similes. Your absence had me worried.”
Anastassia: “Hakuna Matata.”
Blogosphere: “Bless you. You know, I’m interested. What does a typical MIT frosh* even DO on the weekends?”
*defined here as me. Disclaimer: I may not be the best representation. Other students probably save the world in their spare time.
Anastassia: “I can answer that counter-chronologically in Blog form!”

Friday night, I attended SPOOKY SKATE! It’s an event that allows you- at absolutely no charge- to showcase your ability to gracefully flail on the ice rink, while dressed up as your favorite game character or piece of sushi.
As a winged version of myself, I had the incredible luck of flutterskating with a Viking, a pot of gold, Pikachu, Olga the skate guard/my roommate, Portal Guy, and Princess Peach.
Last night, Baker had a celebration with food, music, and our president dressed up as Iron Man. 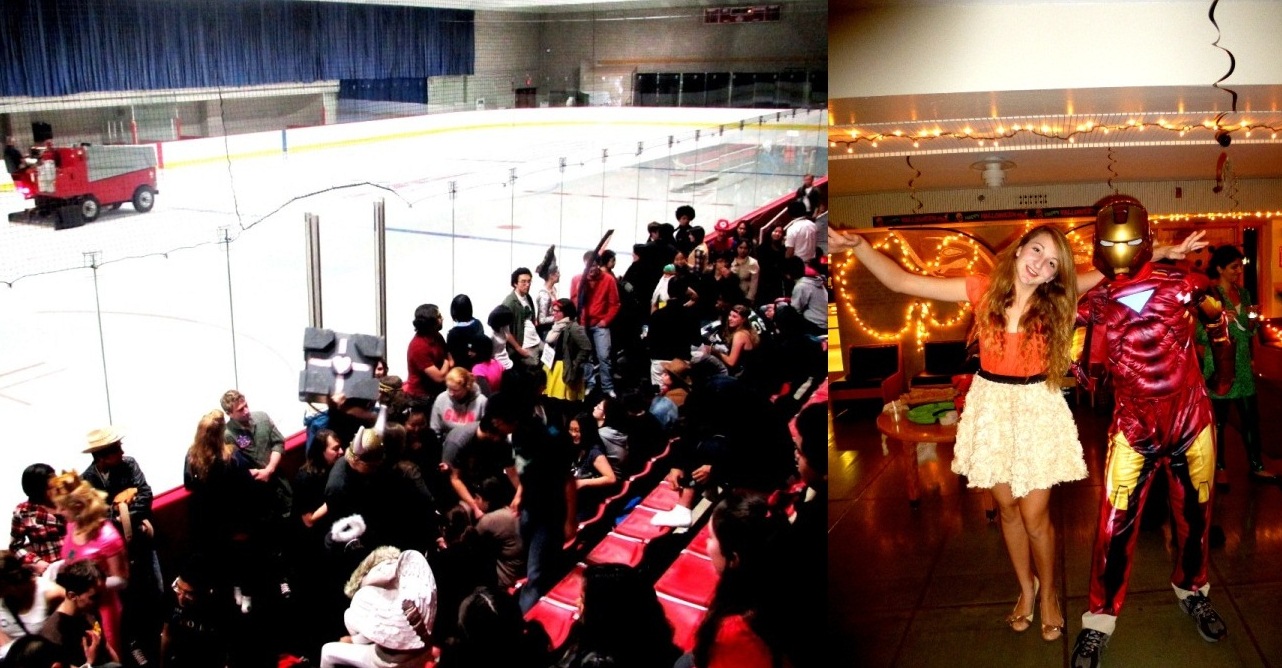 If this weekend were a soup, it would need:

First, you take the Night Market, a celebration of Asian culture though performance and food, and you boil 3 handfuls of the paste on setting: Friday. After 4 hours, at 11:59, quickly sprinkle in the Rocky Horror Picture Show and watch the soup explosively change flavor. In the morning, start preparing the concoction of SK late night, a philanthropy event which hosts dance and other talent showcases by many groups, by learning the choreography you’re performing with your sisters. Do this continuously. In the evening, individually add 15 teaspoons of various fraternity brothers coming to serenade you as a musically delightful way of getting to know them. Let simmer overnight. In the day time, dress up entirely in pink for the Gangnam Style flash mob in Killian Court, and throw it in the pot. Finally, create the stellar finale by pouring all of the SK Late Night!!! Your soup should taste like utter happiness. 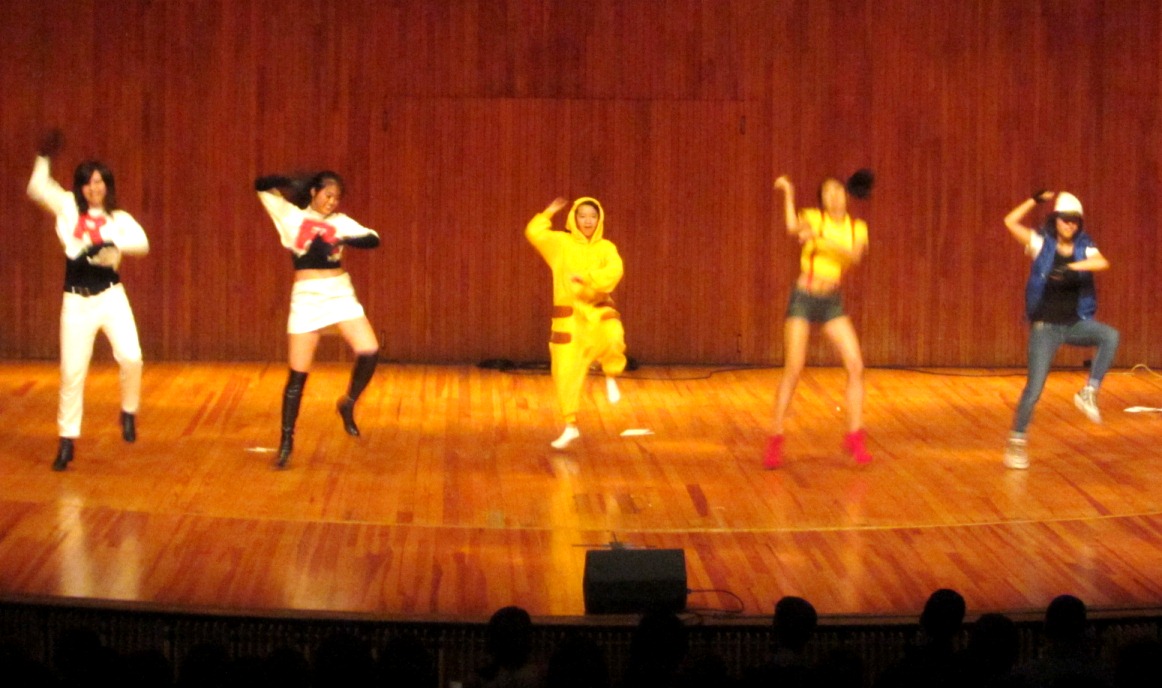 As already noted, parent weekend flew by and my mom flew here. Inseperable for 48 hours, we spent a lot of time talking, meeting my friends, shopping, eating, and going out to Boston and Harvard Square. MIT strategically knows that it is around this time that students are generally feeling down in the semester and need a parental boost and emotional pick me up, or at least clean laundry. Content with the knowledge that I am neither freezing nor starving (nor homeless), my mom departed to Miami as I departed to see THE DALAI LAMA in his talk on ethics, values, and wellbeing on Sunday. Emad and Anna covered this here and here.

I really connected with him. We’re like one-sided best friends now.

Fun fact: I am a dancing machine.
Does MIT offer outlets to my unstoppable need to shake about?
Oh yeahhh.

Case in point: during this weekend, not only did I dance, but I danced ON A BOAT. Student groups from several colleges nearby hosted a cruise to unify school cultures into a heap of dancing friendship. As if this wasn’t enough, the next night I raved my way into a concert that MIT’s Electronic Dance Music Society hosted. Furthermore, I also participated in another form of dance, playing dodgeball, in the annual Floor Wars that Baker holds. Representing the 2nd floor (B2West), I swirled around, keenly missing the flying destruction (doing it properly: it’s called dodgeball, not throwball) until my teammates erased the competition. Boom. 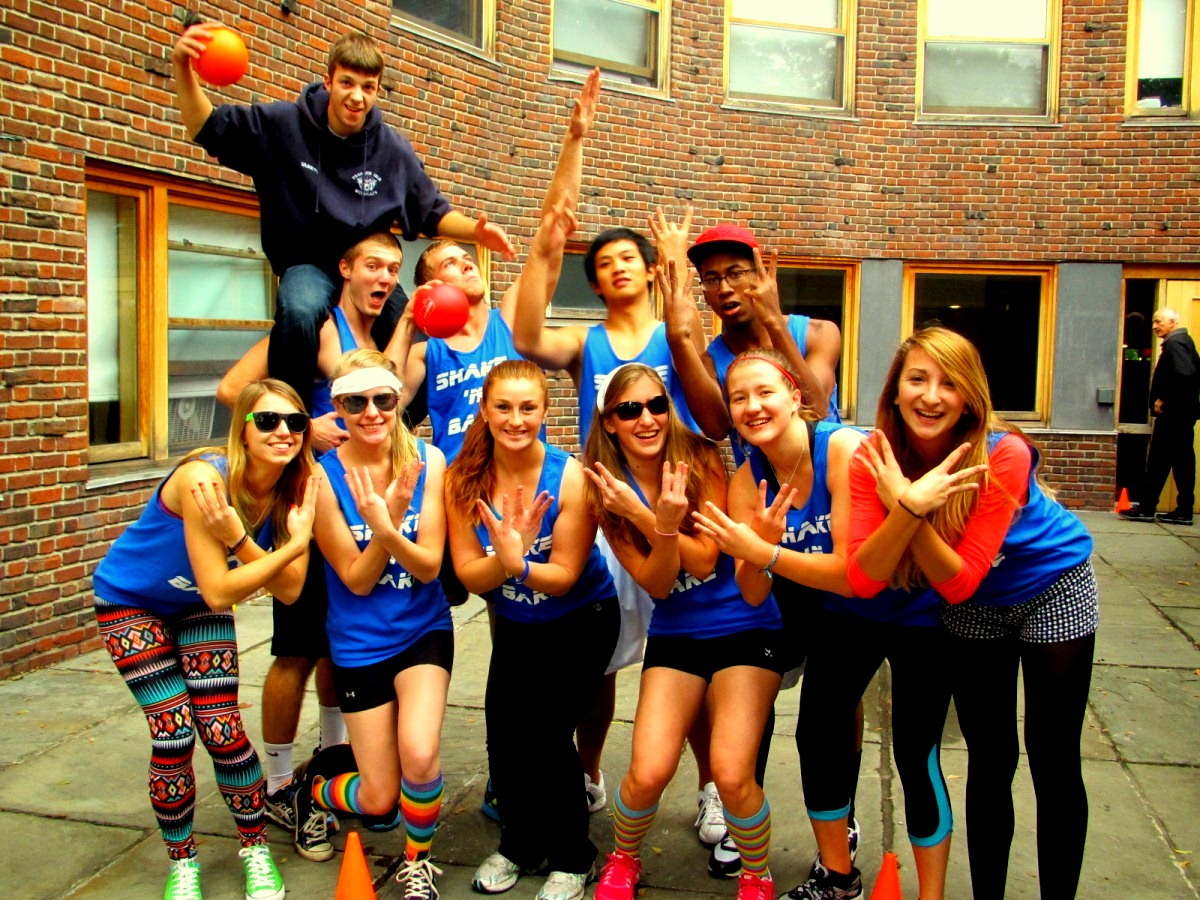 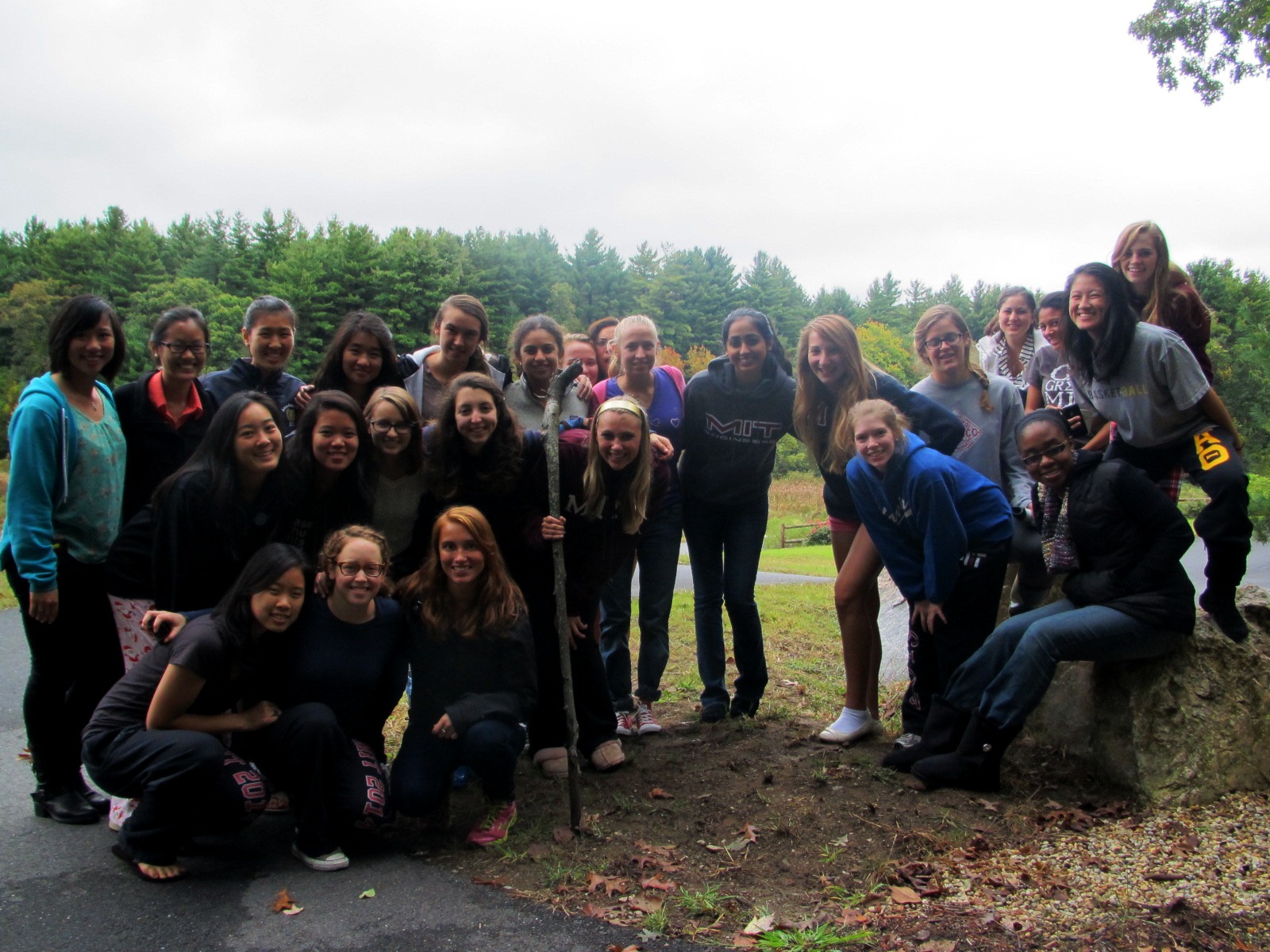 I can tell you what I DIDN’T DO: study. It accordingly reflected in my first round of exams (don’t panic, I got above average on the second round!). This lack of academic concern was justified by the ridiculously glorious weather Cambridge has been having, giving me an excuse to spend maximum (that’s right, this weekend was a critical point… for my grades) time outdoors, buying a bike and walking along the river.

I auditioned for Dance Troupe and made it! I’m in the subsection called Peaches ‘n Cream this semester, and we’re learning collaborative hip-hop.
Since my memory doesn’t recall anything else noteworthy, I’ll assume I spent time starting household duties like grocery shopping, laundry, and decorating my loveable section of space: 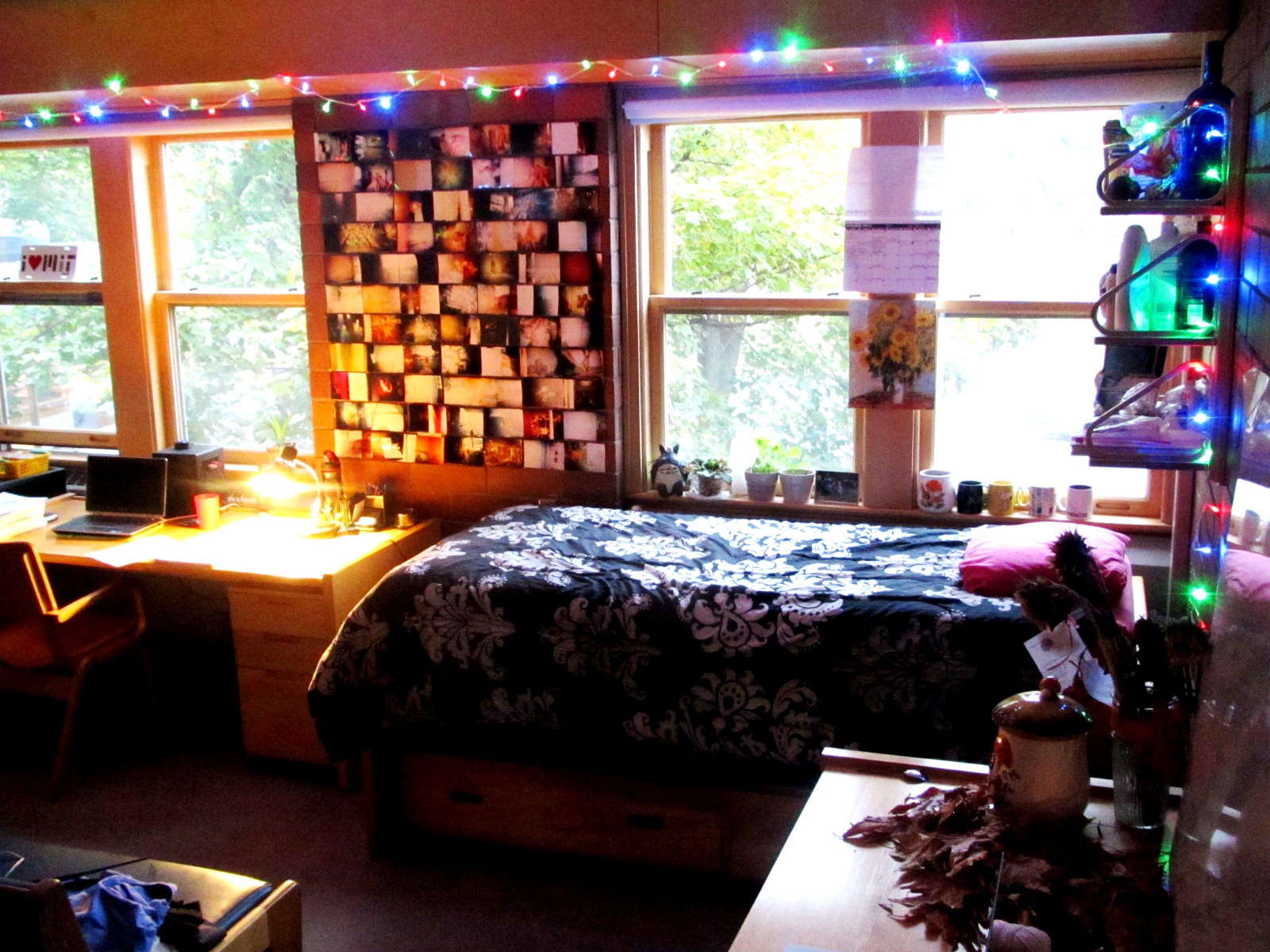 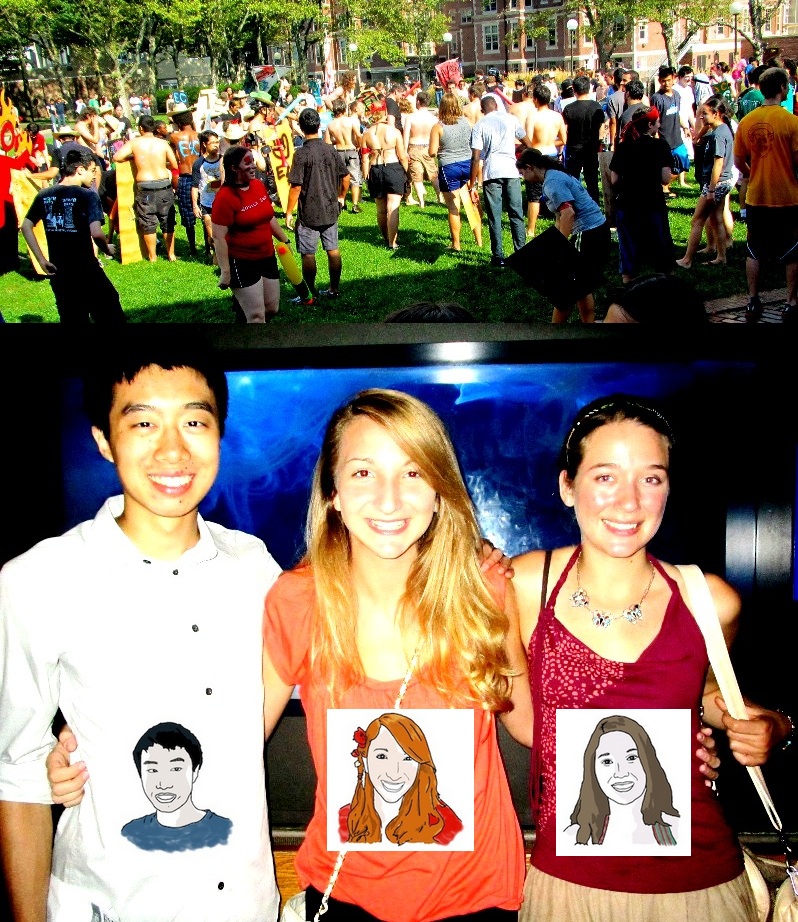