I never know what to write here.

I’m sure, as busy students with many simultaneous responsibilities, we all recognize that sometimes, not every plan translates into action. Well – story of my life. At the turn of the new year, I posted a number of things I planned to accomplish this IAP.

The following is a hypothetical but unembellished report card. ‚ò∫ 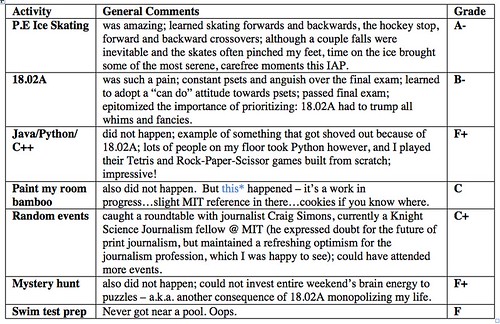 Okay, so the report card was just for fun, but the serious question to ask is: Where did all the glorious IAP time go? This seems to be a popular question popping up on Facebook statuses lately. For me, 18.02A was the obvious culprit, but I can’t help but mention some other preoccupations that edged into those rare un-mathematical intervals of time.

I had never realized that my gummy vitamins were bear-shaped, that my Tupperware was microwave-safe, and that those green furry soybeans are called edamames 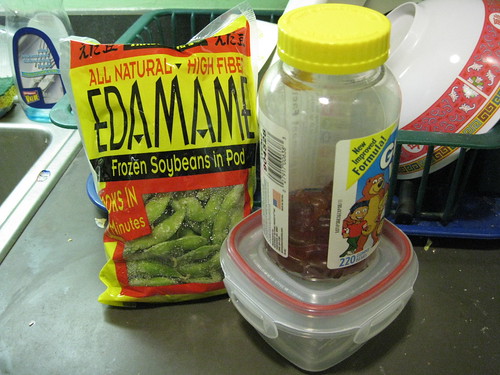 But then I learned, and now my food/grocery awareness improved just a little bit; still can’t get over how exotic edamame sounds.

I didn’t plan on getting this bruise, and several others: 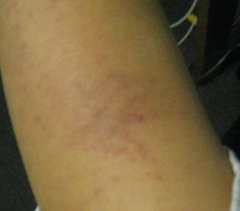 But then I did, and surprisingly I’m loving Taekwondo more and more everyday – despite the customary twinkling of fear before each practice. Taekwondo during IAP sucked up nearly 9 hours every week, but thank god for it I’m pulling my weight in [email protected]. With every sore leg, bruised foot, and scratched elbow, I feel it’s harder and harder to turn back and say “I don’t want to do this anymore”. And about that, I’m very excited.

I didn’t know there was a mulberry tree a little farther up Charles River: 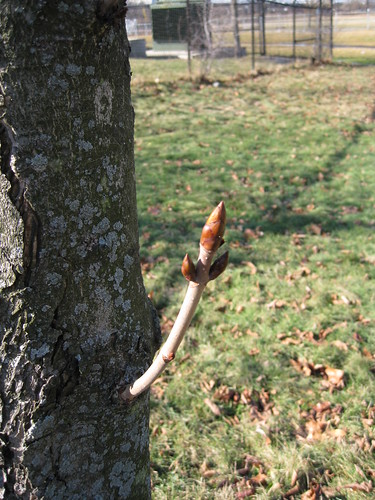 But then I found one. One morning before calculus lecture, I power-walked along the Charles to put in some minutes for [email protected] I was happy to find that near the Boston University bridge, there are a couple of mulberry trees in a little park-like setting right next to an industrial overpass. This was an interesting find, precisely because I want to study the intersection between architecture and urban planning that improves the look, feel, and functionality of every precious space in the modern city.

It feels good to rematerialize the bygone times.
—
Anyways, I gathered from this IAP that planning well and aiming high is really important – but prioritizing at the right times could be critical. If 18.02A was a fail, I would probably be freaking out under a pillow right now.

But it wasn’t – so Happy February!