hero’s journey with a splash by Amber V. '24 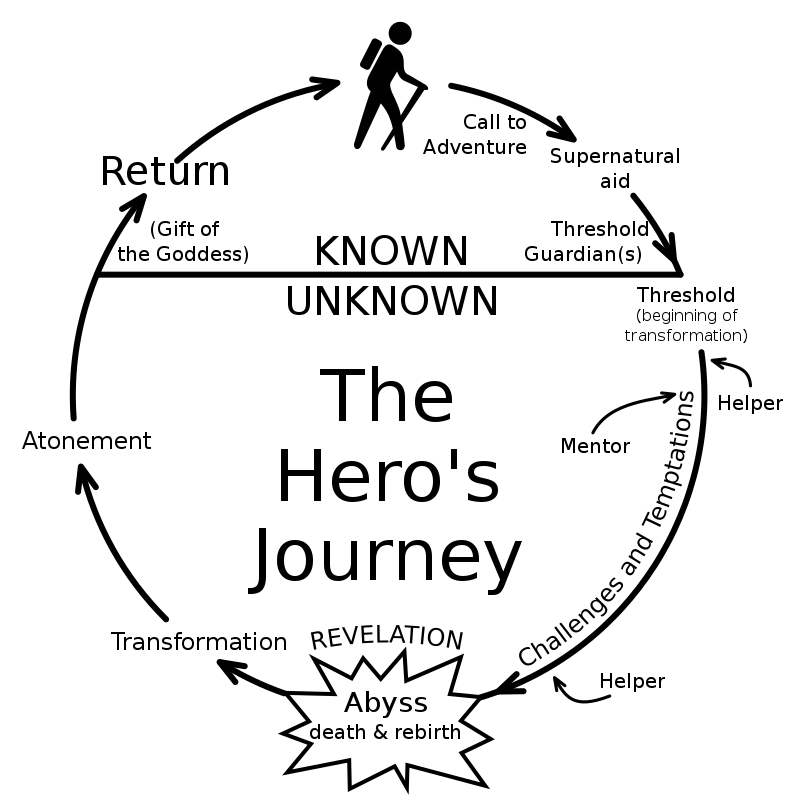 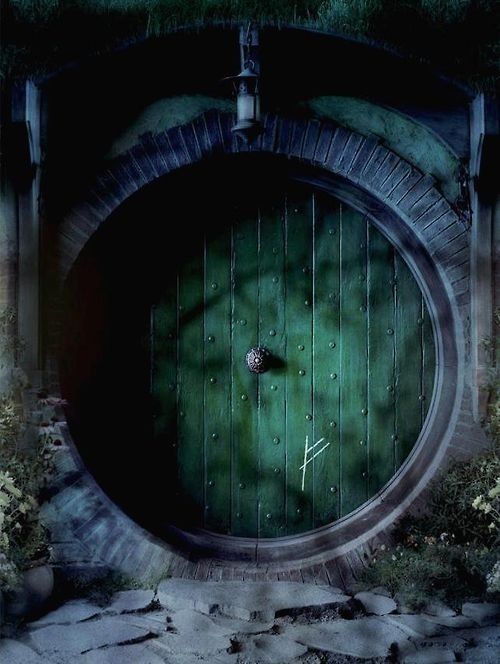 also known as the inciting incident

Some friends and I were sitting on the floor of MG’s room. I was browsing email in search of free food when I came across Splash, a program put on by ESP⁠01 Educational Studies Program in which MIT students teach classes for high schoolers on any topic they desire. There’s Intro to String Theory, Ballet in the Soviet Union, and How to Stay Private on the Internet, the list goes on and on.

MG decided to teach Intro to Climate Modelling, and another friend, Selena, started designing a show-and-tell style fashion class. Drawn in by peer pressure, I began to ideate.

I considered teaching “how to make ______” (fork jewelry? Aluminum flowers? Wire trees?) but quickly discarded it after realizing I did not want to source tools and materials. I do, however, know a bit about writing, and came up with the novel idea of “How to Structure a Novel.”

resistance of the call

I protested something along the lines of “teaching is hard! The last time I taught someone anything was showing my sister a derivative calculation via snapchat.”

I would have descended into the world of Splash if I had shown up for the teacher training, but I, ah, skivved the tl;dr from a friend instead. 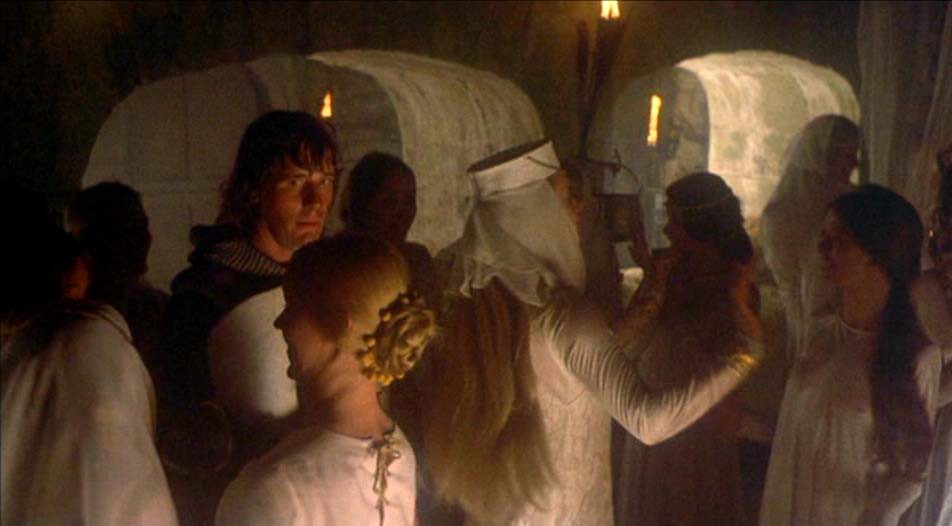 Also known as rising action. ‘Temptations’ is a bit outdated, but think Galahad in Temple Anthrax.

I’d recently brushed up on powerpoint skills during Energy Hack, and I cobbled together a powerpoint the night before our classes, which were set for 9am on Sunday.

I realized while doing so that I wasn’t entirely sure what kids were reading these days. YA has never been my primary genre. However, the YA series that were big in my day⁠02 <i>Divergent</i>, <i>Hunger Games</i>, <i>Mortal Instruments</i>  were probably well known enough to teach, if I remembered them. I mentally ran through their main plot points, just in case, but decided to mostly stick with the classics.

MG and I arose at the crack of 7:45 and trudged the long cold route to the Bush room, where we got hot coffee and bagel sandwiches and went to find our classroom. We would sit in on each other’s lectures, mostly for the formality of having two adults in the room, but I was also looking forward to learning more about climate modelling.

High school students must feel more fear than I do because they were generally not late. They also didn’t make use of MIT time as readily as we college students do.

They filtered in — thirty, the max class size I’d allowed.

also known as THE ABYSS: DEATH AND REBIRTH 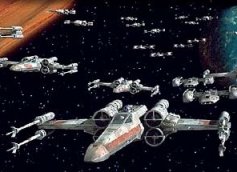 There was nothing for it, so I downed my coffee and started teaching.

I must have sounded nervous as I introduced myself. I then asked all the kids to introduce themselves, which proved absolutely useless because I only remembered one name, and that because it was the same as one of my friends’.

I ran through the Hero’s Journey, as theorized by Campbell and distilled by several later thinkers. The tl;dr is that every story follows one core outline,⁠03 this has become slightly self-fulfilling, as creators write to the outline in the hopes of making their story stronger, and I wouldn’t be surprised if media outlets prioritize stories that follow a set of guidelines or ‘monomyth’, characterized by a call to action, descent to another world, challenges that lead to a reckoning, and various stages of denouement. 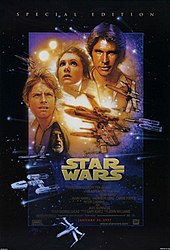 Personally, I don’t use archetypal structures of this sort while writing plot outlines, but I think they can be useful for analyzing novels and finding weak points during revision.

Star Wars: A New Hope is a perfect example to illustrate the Hero’s Journey, since Lucas based the plot on Campbell’s model⁠04 if you disagree on this, comment! My take is that the abyss = the climax, which comes at the end rather than the middle as shown in the circular model

Then I told the class to break into groups and match other novels to the Hero’s Journey structure.

As soon as I gave them free rein, the class took off. The room bubbled with far more energy than any 9am MIT class I’ve witnessed.⁠05 so many. MechE core classes are so cruel I let the chatter go on for maybe ten minutes, then walked to the front, said “Hi everybody!” and realized no one knew the callback except MG.⁠06 Hi Amber! Eventually the class quieted. I popcorned about the room, asking which stories students had discussed, and glanced at the clock. I was near the end of my slide deck, and half an hour of class remained. I tabbed to the penultimate slide, which simply read: QUESTIONS?

Half a dozen hands went up.
“How do you make dialogue seem natural, not canned?”

“Do you have advice on building magic systems?”

“What if I want to integrate a theme with the plot?”

“How do you keep motivation?”

“How do you worldbuild without info-dumping?”

After I answered those, there were more, and more. These kids had spent time writing. I answered as best I could.

“Dialogue? Practice, mostly. ‘Said’ is a good tag. Read a lot, map how they pace out conversations.”

“Yes — have you heard of Brandon Sanderson’s hard and soft magic systems?”

“Hm, try basing all the challenges around the central theme. If the main character is struggling with trusting people, have the rising action create scenarios where they have to trust someone to carry out a task.”

“Motivation? Bro I wish I knew. I try to base it on wordcount, outside of school; 1k words a day is a success.”

“Sorta weave in worldbuilding as your protagonist moves through the world. If there’s an empire, how do they feel about it? How does it affect their daily life? If there’s a rebellion, how does the protagonist see the pain points of this regime that spawned a rebellion?”

Et cetera. I loved their enthusiasm. Some were taking copious notes. Others asked question after question. I was pleased with how much I could answer, if not from my own experience then from the books,⁠07 namely <em>On Writing</em> by Stephen King blogs, and podcasts⁠08 mostly <em>Writing Excuses</em> by Brandon Sanderson & co of writers I admire.

The most common question was unfortunately the one I was worst at answering. Over and over: how do you stay motivated? What do you do when writer’s block strikes?

I went back to my wordcount methods, which worked for most of my life but were kind of difficult in Denmark this summer. A few other students suggested their methods — writing fanfiction of side characters in your own story, to get excited about the world again, or taking a break and jumping to something else. I quoted Brandon Sanderson’s dogma of steady progress, and V. E. Schwab’s method of always working on an early draft of one project and a final draft of another at the same time, thus keeping alive both the creativity of a new draft and the satisfaction of a well-pruned final.

We ran out of questions just in MIT-time, at 9:55, and I sent the class on their way.

I can no longer say I haven’t taught a class before!

I wandered out of the Splash classrooms and to Hayden, where I started a dreary dynamics pset, caught once again in the rush of MIT.

Teaching a class for the first time turned out to be more fun than I expected. I plan to develop a more complex lesson plan next time around, whether the lesson is another aspect of writing, a deep dive into some niche part of history, ⁠09 queer emperors? Celtic folklore in an hour? or a take-home craft.