there are two popular approaches to moving a cart. the first one is to stand behind the cart and push it in the direction you want to go: 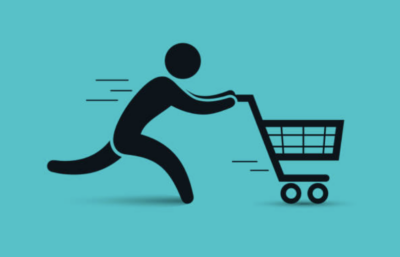 the second is to stand in front of the cart and pull it such that it trails behind you: 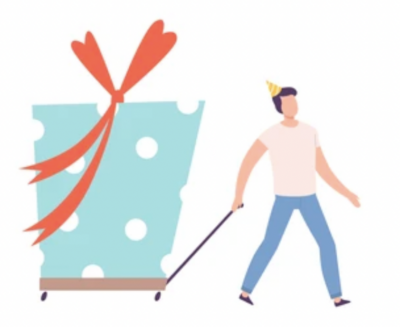 people usually default to pushing rather than pulling. the muscle groups involved in pushing are naturally stronger than the ones involved in pulling, it’s easier to maintain good posture, and pushing allows you to keep an eye on both the cart and the direction of travel. most of the time, pushing is the correct choice

but what if your cart wheels are worn out and difficult to adjust? what if the road your cart travels on is irregular and uneven? if you’ve ever pushed an old cart along a bumpy sidewalk, you know what happens – you try to push the cart in a straight line, but at the slightest bump in the road your wheels shift and you begin swerving to the left or the right. you can try to adjust the cart so that it’s pointing forwards again but the wheels are old so you can’t really turn the cart as well as you’d like to, and you end up having to correct your course constantly

the issue with forward simulation is that the world is hopelessly chaotic, chaotic to the point that sometimes you can’t push a cart down the sidewalk in a straight line. you can set off in the right directions and end up stuck in a place much worse than where you started. you can get all the things you thought you wanted – the right school, the right career, the right partner – only to realize much later that you have become dull and jaded and exhausted, that you have been changed forever and can never return to where you were before

of course, if your cart is bad enough or your road is turbulent enough then no approach, push or pull, will be of much use. pulling isn’t a cure-all for the pitfalls of pushing; it only provides a slightly more reliable solution

the fundamental assumption in pulling is that everything else will work itself out as long as you dictate the path of your cart handle. when you pull the cart, you force the cart’s handle (or whatever other part of the cart you’re holding) to follow the same path as your body, but you don’t actually constrain the direction or exact motion of the rest of the cart. it’s fine if the cart hits a bump in the road and tilts to the left slightly, because that deviation will almost surely be corrected by another deviation to the right later on, and this ultimately is why pulling allows you to traverse bumpier roads with worse carts than pushing does

this illustrates one of the main differences between pushing and pulling – that pushing tries to control the motion of the entire cart, while pulling only controls the motion of a portion of the cart. the other primary difference is that pushing involves standing behind the cart, while pulling involves standing in front of the cart. as a result pulling avoids the problem of forward simulation; you do not need to think too hard about trying to forecast the future because the cart is traversing a familiar territory rather than an unknown one

as you’ve probably inferred by now, i no longer believe in the value of using simple external metrics to make important personal decisions. for instance: many people agree that it’s not a great idea to choose a job solely based on salary; i would argue that choosing a job based on eg. how many of your friends work there or what the work-life balance is similarly misses the point. we feel worse about choosing based on money than we do about choosing based on friends because of social stigmas related to money and greed, but choosing a job based on friends doesn’t actually change the fact that you’re using an easily verifiable benchmark to avoid thinking hard about what you really want

the central problem with pushing is that, when fixating on the next shiny stage of life to push towards, we forget to consider how we will change throughout the process of pushing. the central premise of pulling is to start with a general vision of who you want to be, and to force yourself along the high-level path while letting all the other details fall into place

the other day my friend told me they were stuck on deciding whether to work at a startup or go into finance or apply to grad school. i suggested that they describe what their ideal future self looked like – only personality traits and qualitative characteristics, nothing quantitative. they listed a few things they wanted for their future, and then said “wait, why am i considering finance again? it helps me get literally none of these things” i suspect that if you asked every college student to go through the same exercise, most of them, myself included, would realize many of the options they’re considering are wholly irrelevant

a few posts ago i mentioned nietzsche’s idea of eternal recurrence. it’s usually framed in the context of evaluating your entire life – would you feel excitement or disgust if someone told you that you had to relive your life repeatedly?

but lately i’ve been thinking about recurrence more in the context of specific moments. i sift through all the feelings i’ve ever had, and think about whether i’d want to feel each one day in and day out. how can i move my cart towards a future where i experience joy and fulfillment and wonder, over and over again?