i rode a train across america by Rona W. '23

Hi there, it’s been a while! Over the next few weeks, I’ll be catching up on blogging. Here are the notes I wrote in real-time back in June.

I often find myself flitting from coast to coast, but still haven’t seen most of the United States. My cousin’s getting married on June 30th in the Bay Area, and I’ve been doing research (a.k.a. UROPing) at MIT since the beginning of June.

So I decided to take a train from Boston to Santa Clara, from June 26th to 29th. Here’s (most of) my planned route, in blue:

I’ll be on the Lake Shore Limited from Boston to Chicago, then the California Zephyr from Chicago to Emeryville. From Emeryville, I’ll then ride the Capitol Corridor to Santa Clara.

Maybe it’s a foolish decision. The trip’s slightly more expensive than a plane ride and over ten times as long. Also, because a sleeper car would cost upwards of $1,000, I opted for a coach seat—so I’ll be sleeping upright for the next three days. Worst of all, there’s no Wi-Fi available after Chicago.

Reactions have ranged from “why would you do this to yourself?” to “you should live-blog your experience so we can see your gradual descent into insanity.” One of my friends predicted I would ditch the whole idea by Denver and opt to take an airplane the rest of the way.

I rush over to South Station at around noon, only to find out that due to train track maintenance, I’ll be sitting on a bus for a stretch of my journey—from Boston to Albany, NY.

Our bus tries to wheel away from the curb, but we knock over a fire hydrant. Oof. Everybody on the bus is amused. The cops on the sidewalk are less amused. Somebody puts an orange cone next to the felled fire hydrant, like a battlefield cross. Rest in peace, comrade.

I message my friend, “What is green the color of?”

She promptly spams me with a dozen suggestions, including dat mountain of tech internship money, Illuminati, and aliens. I regret asking.

I chat with my seatmate, a middle-aged nurse headed to upstate Michigan. She tries to convince me to settle down instead of pursuing a career. “I have thirteen friends, all older than me, without husbands,” she says. To offset this tragedy and restore order, I silently vow to collect thirteen husbands.

She concludes with this nugget: “When you try to do everything, you miss out on everything.” At MIT, we have a similar saying, which goes, “If you take on seventy-eight units and also two UROPs, you’re going to have a bad time.”

I thank her for the advice and ask if she has any interesting train stories. She tells me about a woman who tried to hide a ferret on a previous Amtrak trip, and was subsequently kicked off at the next station. No word on whether or not the ferret was also kicked off. 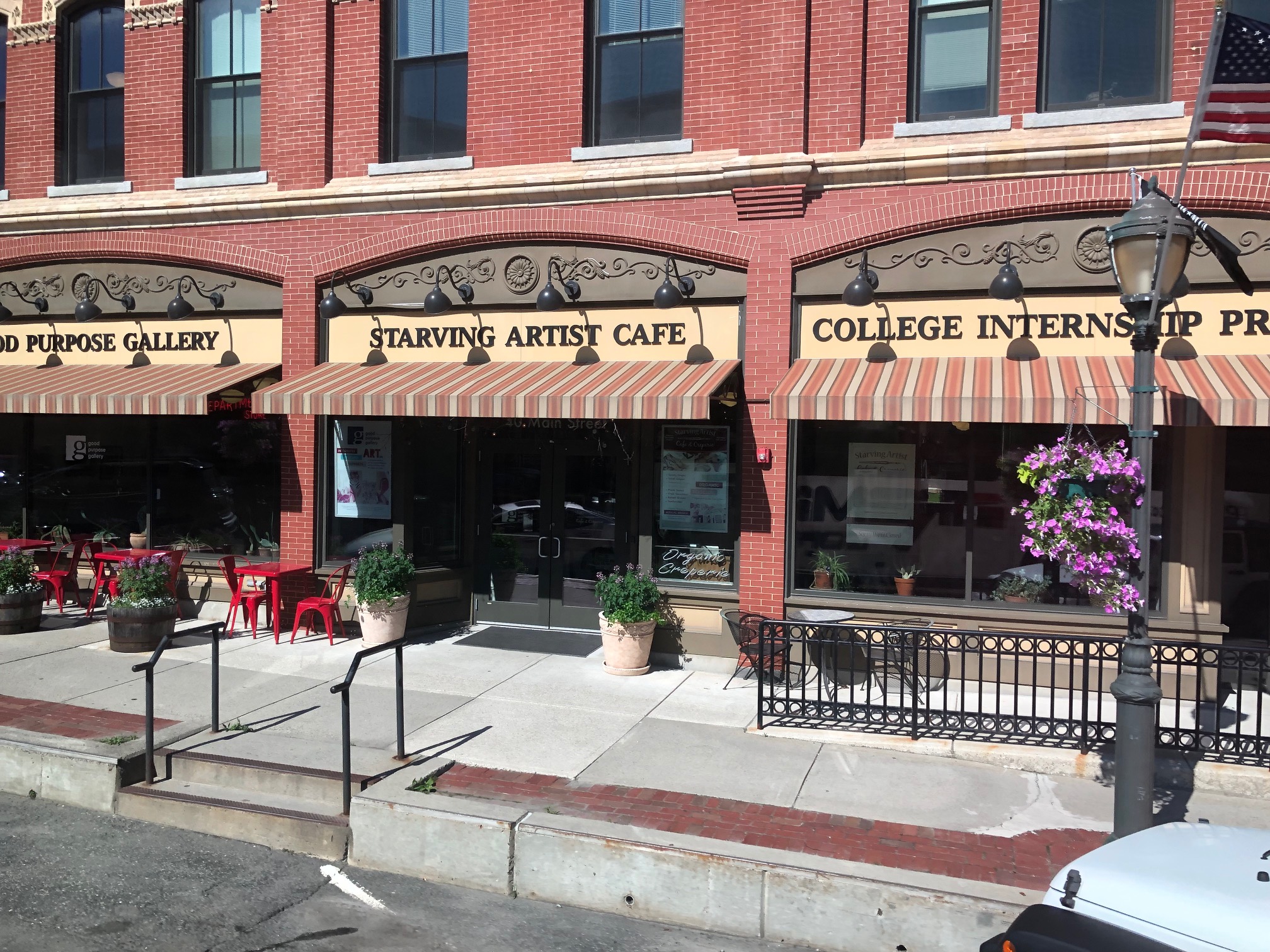 We roll into Albany, and I get off the bus to find a seat on coach. I’ll be here until Chicago, so I want to make sure I snag a good spot.

After reading lots of online articles titled DON’T TAKE A TRAIN ACROSS AMERICA (wise words I chose to ignore), I’m expecting something akin to this:

In Utica, a man with a silver beard and a snazzy top hat boards the train. I’m very charmed by his hat. I want one like it. Then I realize he’s with a younger man wearing (also super-snazzy) suspenders, followed by a woman with a bonnet. That’s when I figure it out: they’re Amish!

I get hungry and decide to make the trek over to the dining car. The cheapest hot item is a Cup of Noodles, which is free at MIT if you know where to look, and $2.75 in Amtrak fine dining. My wallet is sad.

I scope out the lounge for fellow passengers to chat with, but it is mostly populated by people occupied with electronic devices and Amish speaking amongst themselves in Pennsylvania Dutch, which unfortunately I am not fluent in. I head back to coach with my exorbitantly priced instant ramen.

I sleep for a few hours, waking up after we’ve crossed into Ohio, thanks to Murphy’s law, which states: On any form of public transportation, there will be at least one loud crying baby.

I wake up again to faint sunrise creeping over rolling green plains. Rusted tractors. A flock of white birds adrift, like dandelion fluff skimming the wind. 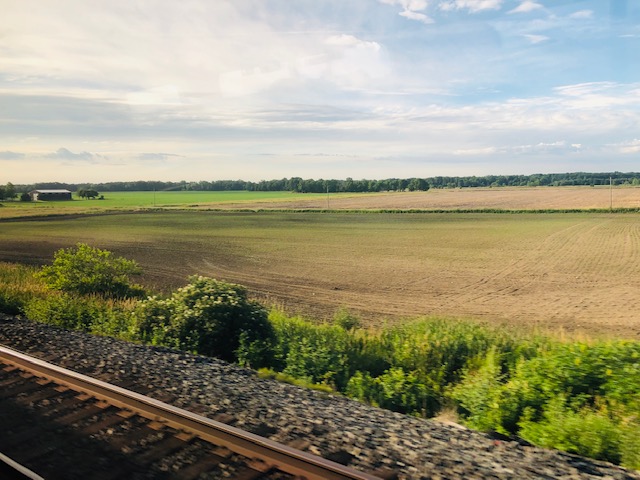 We roll into Chicago nearly two hours late, so my time in the Windy City is halved. I’d originally planned on stashing my suitcase in parcel check and wandering around by foot, but now I dash out of Union Station and catch an Uber to Lou Malnioti’s, a local pizza chain.

After ordering their classic deep-dish, I’m informed that it’ll take forty-five minutes, so I seize the opportunity to go sightseeing. Somehow, I actually manage to make it to Millennial Park, home of the famous Bean, before heading back to the restaurant for the most buttery pizza crust I’ve ever had. 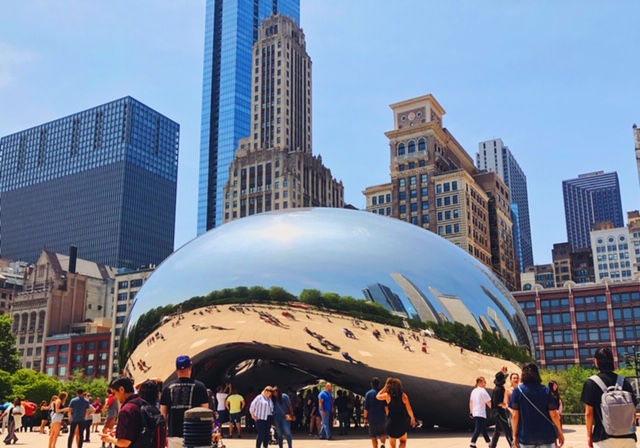 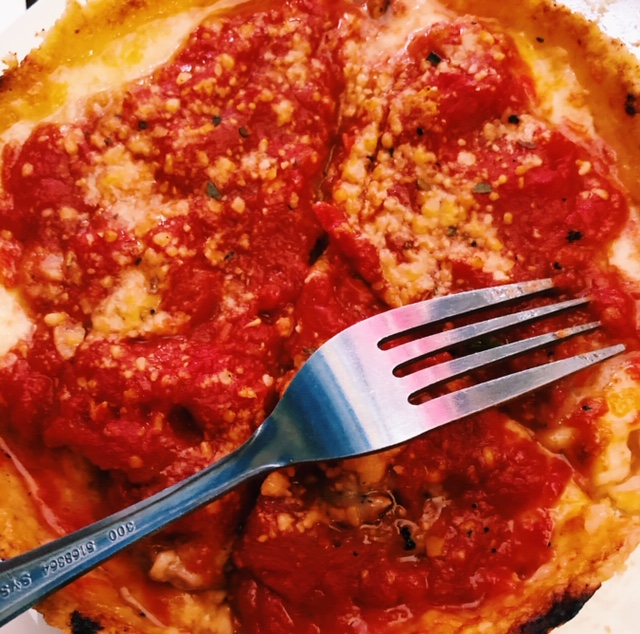 Then it’s another Uber back to the station, where I make it onto the California Zephyr with minutes to spare.

Somehow, I yearn for sepia memories that were never mine: my parents were born and raised in Beijing, and I grew up in metropolitan areas, but I still feel nostalgic about amber waves of grain, Little League games, and liquid skies unpolluted by city lights. 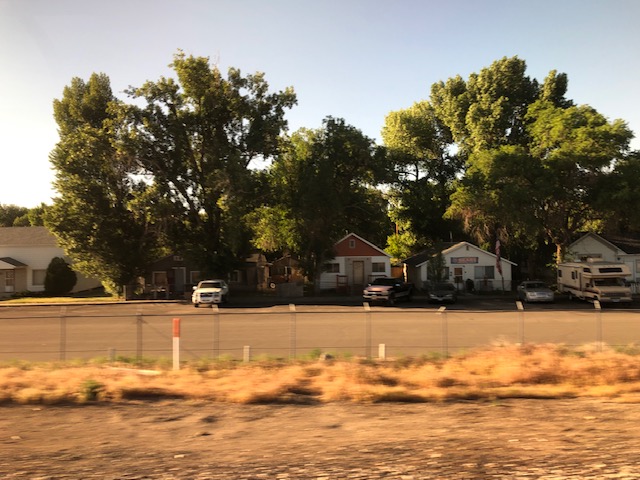 We stop in Ottumwa, IA for a while. There is a commotion among the Amish, who gather around the window to gawk at something in the distance. I join them, curious to see the source of all this hubbub.

Fuzzy brown creatures bob in and out of grass. They look like large squirrels.

One man in our car scoffs. “Really? You guys are all excited about groundhogs? We have them back home.”

“Yes, but not as many,” another man says, mustering the same amount of enthusiasm I usually reserve for assignments twenty minutes before they’re due.

I ask my seatmate, who’s been coding in Python for the last six hours, what he’s working on. I took 6.0001, so I figure I can probably follow along. (I am a fool, and like Icarus, am felled by my own hubris.)

I wake up to watch blushing dawn rush over the flatness of Nebraska. I have seen many, many sunrises and sunsets, and yet I still don’t know the difference.

Why do we love the fastening and unfastening of the sky so much? A few days ago, I saw Ocean Vuong speak in Cambridge. He spoke of a line from his recently-published novel: “Sunset, like survival, only exists on the verge of its own disappearing.” And while I want to believe my love for the sky at the edges of day is rooted in some thematically meaningful motivation—how we are the most beautiful at our most vulnerable—I also suspect that I’m mostly drawn to the aesthetic.

I find out that there is an observation car with floor-to-ceiling windows (!!) and head over to check it out. I end up sitting next to a veteran who was a cryptographer during Vietnam. He tells me about growing up in a small farming town near Peoria, IL. “I got drafted to be a soldier initially,” he says. “During training, we learned how to fire guns; it damaged my ears and now I have to wear hearing aids.”

He leaves and a woman joins me. I ask her where she’s headed. Her family’s from Paradise, CA, where a wildfire just swept through. “Our house is okay, but our trees and shrubs all burned down.”

As we climb up the Rockies, the observer car attendant makes bad dad jokes. “See those giant white fans? Those are Colorado cow coolers,” he says. “They’re for cooling the cows when they get too sweaty. They’re powered by the ethanol from the corn underneath.” I laugh because I have the same sense of humor as a suburban dad with a midlife crisis.

The intercom calls my full name. “Rona, we have something of yours you’re probably going to want back.” I immediately have a mini internal pandemonium and go off in search of the attendant who is in possession of Something I Want Back. I head downstairs, to the lounge car.

“I’m Rona,” I say to the attendant there. He shrugs. Evidently my fame has not yet reached these parts.

A few minutes later, a different attendant finds me in the observer car. He hands me my purse, which has my passport and wallet inside. “I found this in Denver,” he says. Denver was eight hours ago. 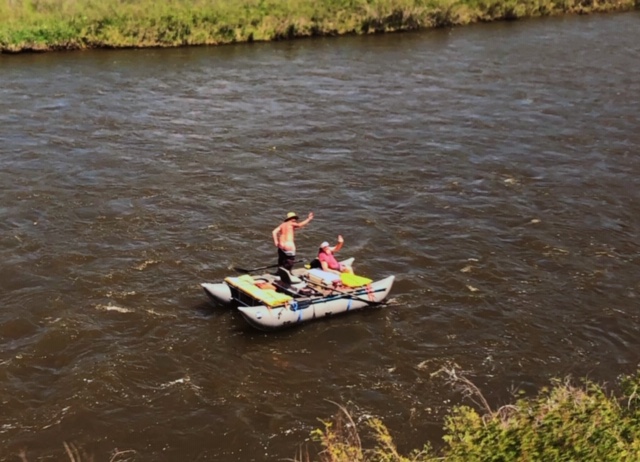 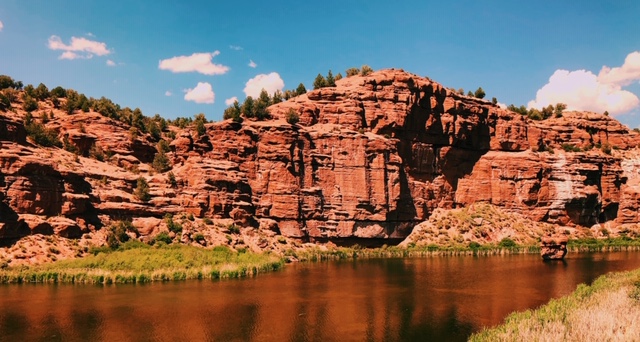 Two older men are chatting in the observer car. He is telling a story of corrupt cops, in which three of them stopped him and asked to see his passport and wallet. Afterwards, they “forgot” to hand back the money inside his wallet.

This is not an entirely accurate transcription of what he says. I am fascinated; I have never heard somebody employ variations of the word fuck as nearly every single part of speech in the same sentence.

The lounge car attendant is extra-cheerful this morning. “Bam bum bum,” he sings into the intercom. “I’ve got lots of snacks and coffee for you. Come on down to the lounge car, Cardi B! Come on down, Madonna and Elvis! We’ve got tables open for you…actually I have no tables open, sorry, but you can eat standing up. It’s okay, camels eat standing up. Bam bum bum.” He finishes his announcement by chirping. Like he mimics actual birdsong. I can’t make this stuff up.

“He spends too much time by himself,” the woman next to me mutters.

As we get closer to California, the train becomes more populated with hipster-types – guys with dreadlocks and nose piercings, women with pink hair and novelty socks.

After some confusion, I get off at Sacramento instead of Emeryville and subsequently end up on the wrong train. My thoughts go something like this:

Anyways, I eventually figure it out. I get off the train and spend forty-five minutes in a small station in Martinez before boarding another.

Approximately 3500 miles, 12 states, and four days later, I’ve finally made it to Santa Clara just as the sun dips below the horizon. 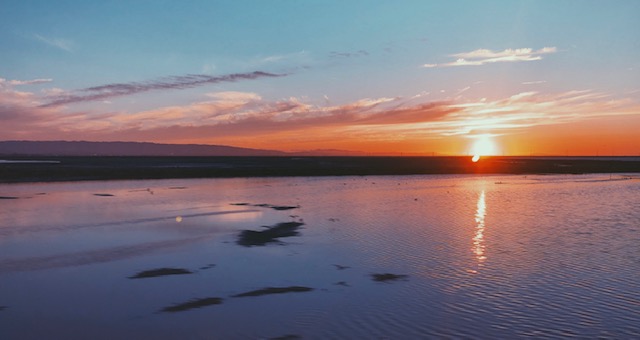 Thanks, America, for all the spectacular views and idiosyncratic stories. It’s been a wild ride. Signing off now — ya girl’s got a wedding to catch.