The month of January felt like a whirlwind this year – it was filled with spontaneous trips, future-job-preparation stuff, and lots and lots of video. I was definitely busy, filling up most hours of my days with activities rather than taking the month to rest. But it was a good busy, a fulfilling busy, rather than one laced with sadness or inadequacy. Those feelings tend to sneak into my experiences at MIT, but I think I’ve found little ways to fight them off at this point.

But, back to IAP.

I wanted to take advantage of the fact that New York is a cheap bus ride away before I move away from the East Coast for a while. I saw two Broadway shows while I was there, Allegiance and Fun Home. Allegiance told the story of Japanese-American internment camps, and featured an entirely Asian-American cast and primarily Asian-American creative team. Fun Home is based on Alison Bechdel’s graphic memoir (subtitled A Family Tragicomic) about growing up and working through her own identity and her relationship with her father. Both emotionally wrecked me in the best of ways and made me reflect on the stories I want to tell someday. Powerful theatre, or any sort of media, tends to do that. 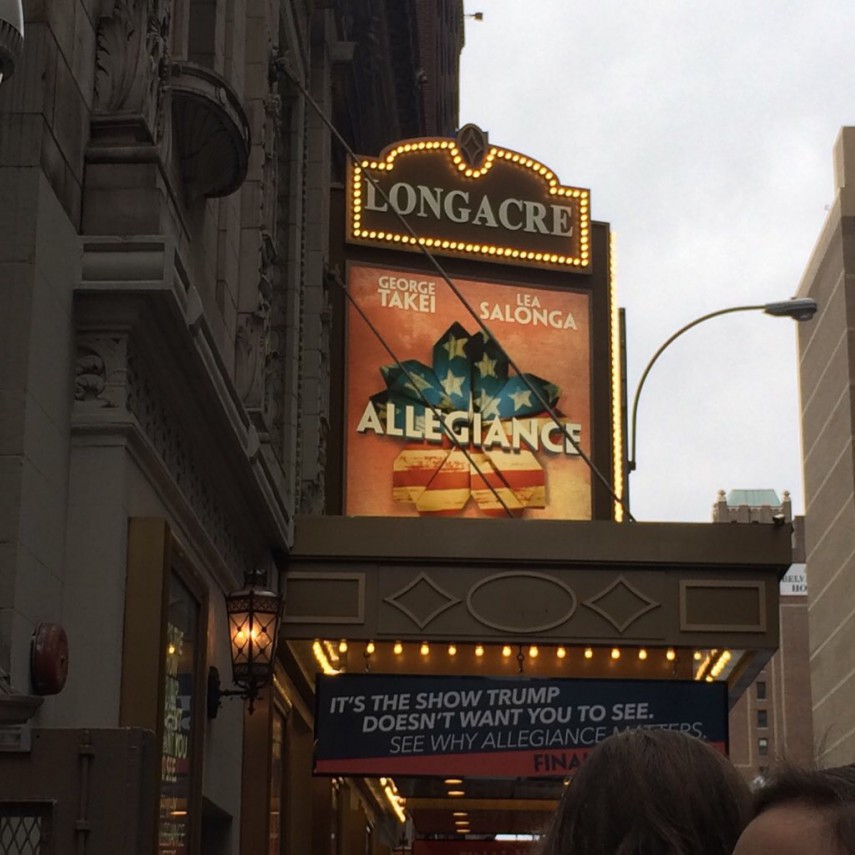 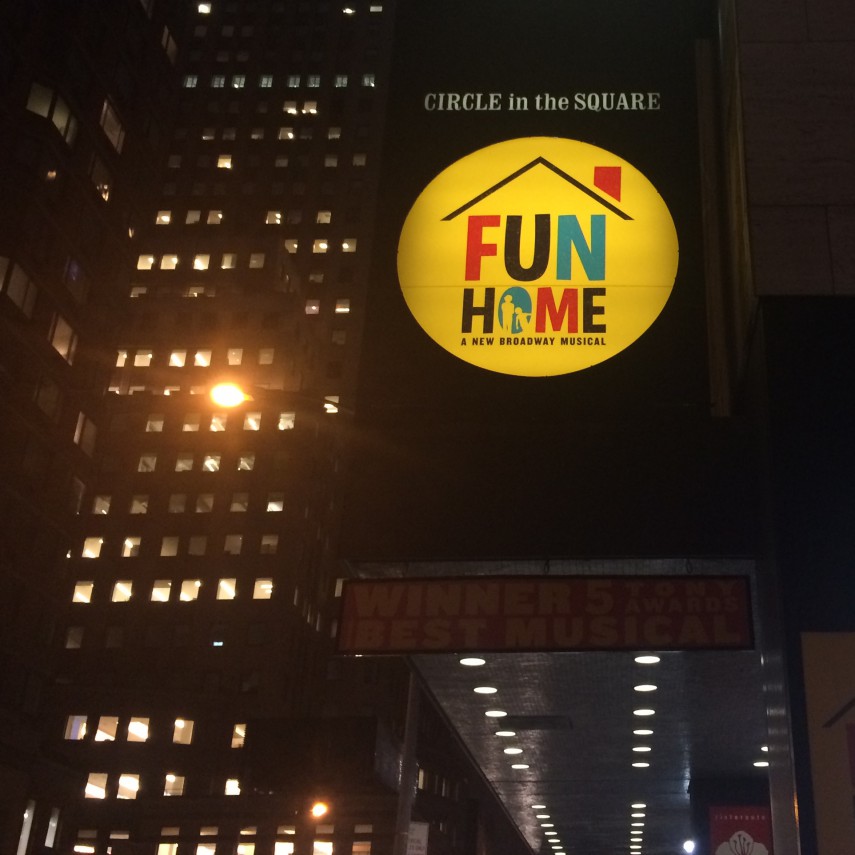 One of my visits was also perfectly timed with the 2016 Snowpocalypse, so I wandered around the city with my friend (who goes to Brown University) as all the cars began to disappear and people took over the streets instead. Central Park was snowy and silent at night, except for the occasional other pair of adventurers or snowplows rumbling down the main rows. I called my dad as we were debating whether to keep walking in the cold and he said something to the effect of, “places like New York City don’t just shut down; but it’s a blizzard, you’re there, you have warm clothes, so you might as well explore.” He gives pretty good advice sometimes. 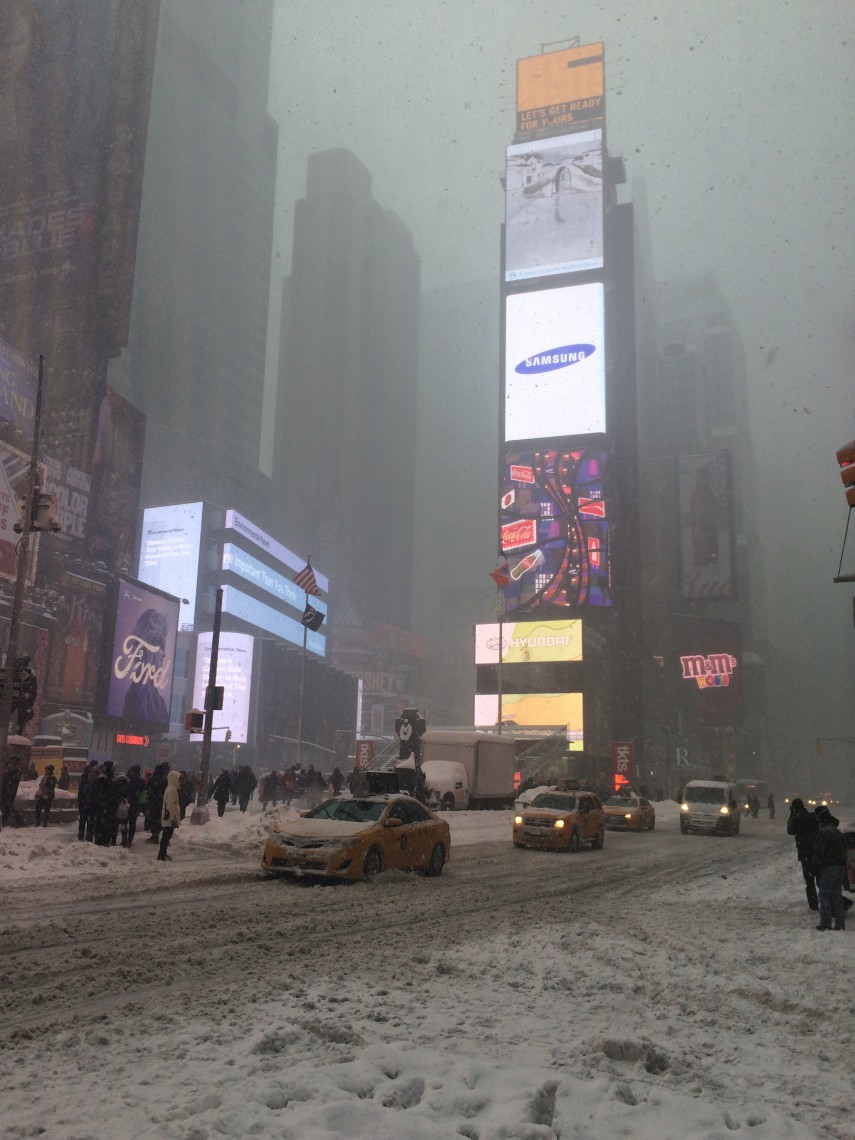 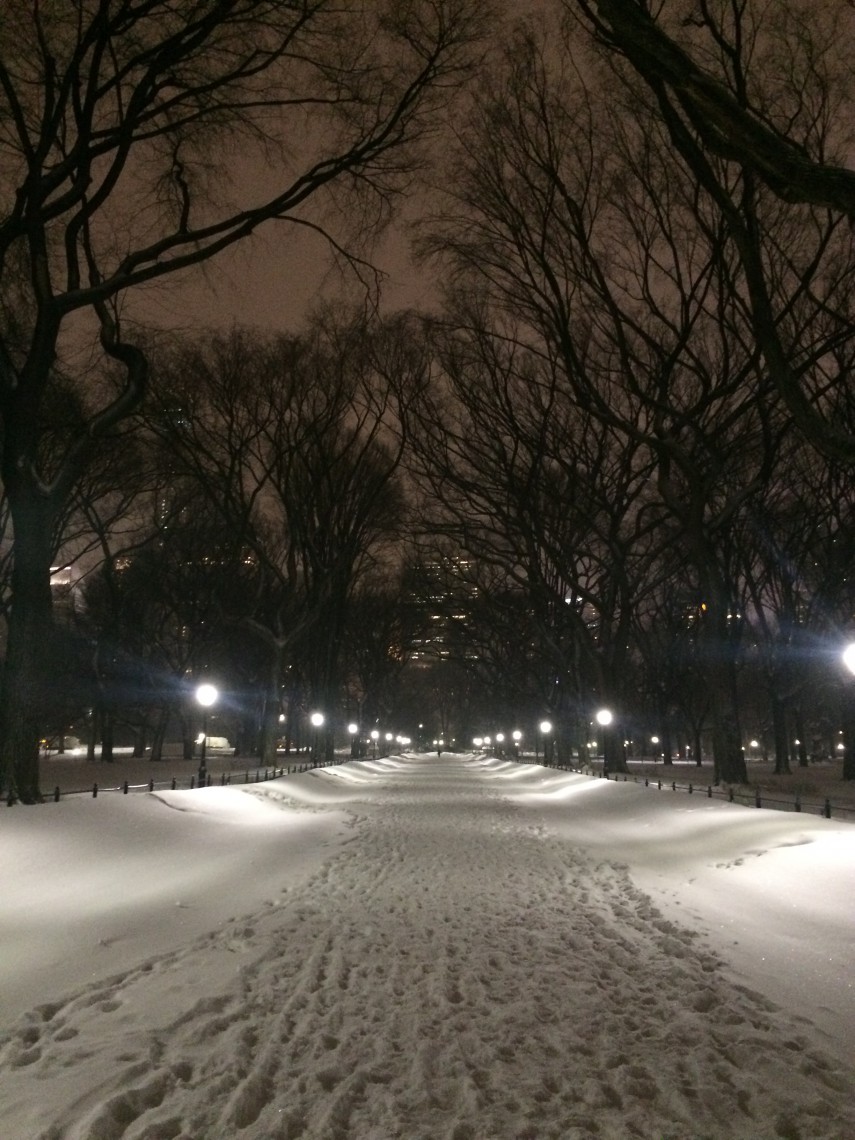 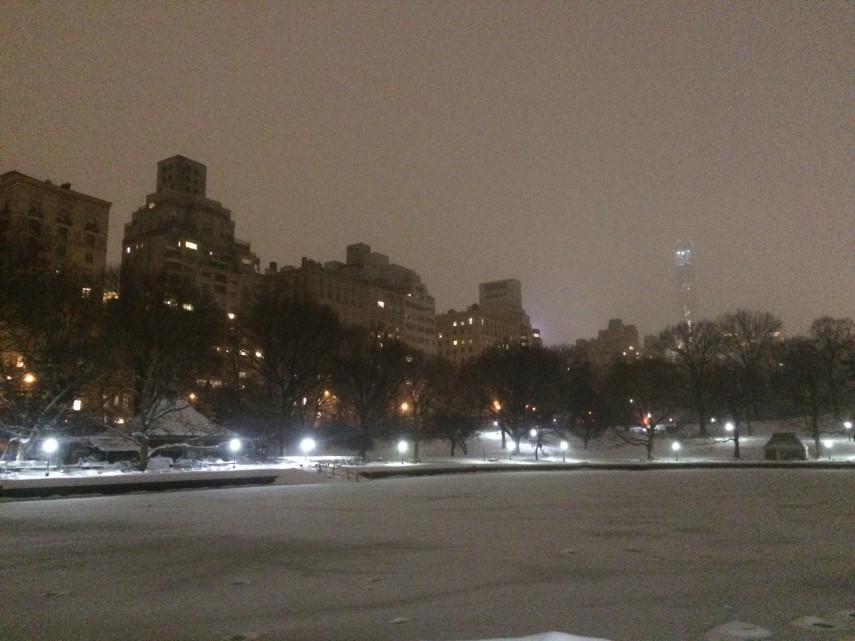 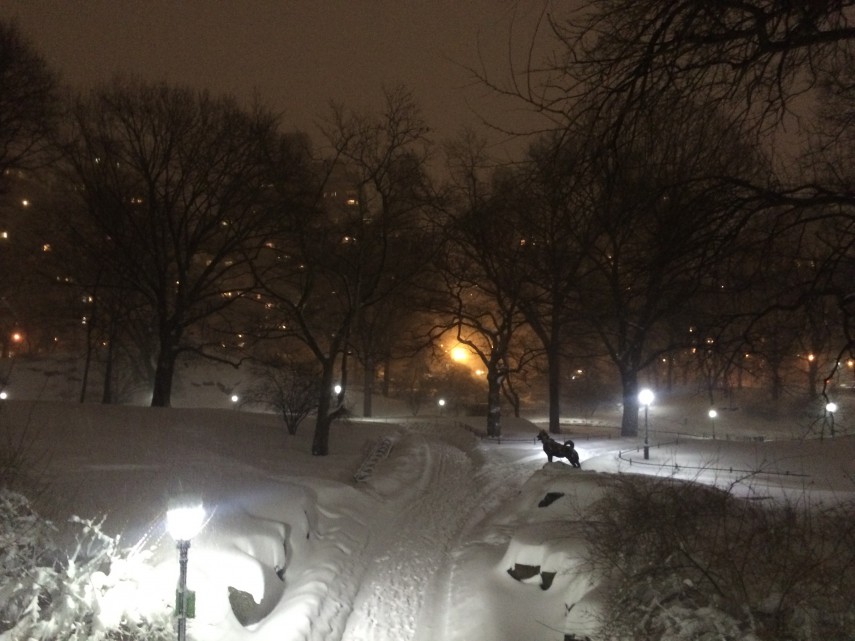 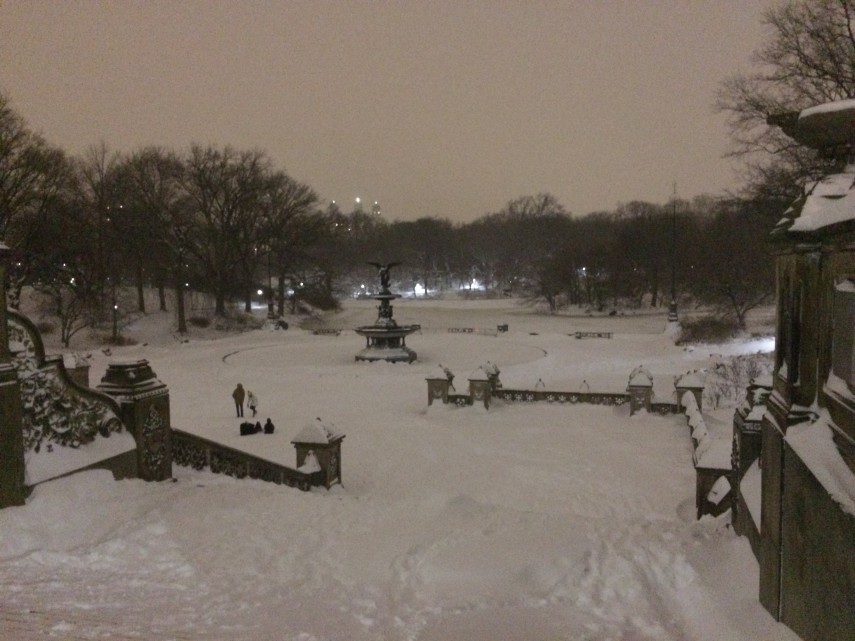 My weekdays in January were filled with TA-ing a course taught by blogger alum Elizabeth C. ’13 called Becoming the Next Bill Nye (I wrote about it in more detail in a post last year, if you’re curious). Basically, we taught a class of undergrads, grad students, and curious listeners who dropped in every once-in-a-while about online video. We focused more on digital media literacy – things like what makes a good online video and how the medium is evolving – than just the video-making process with the hopes that the course will be useful for people even if they never make a video again.

And after the three-week course, we entered production for Season 4 of Science Out Loud (the MIT+K12 web series that hopes to make STEM accessible/exciting) and I was promoted from Production Assistant (PA) to Assistant Producer (AP). The four video projects this season are experiments in online video, playing with elements like a choose-your-own-adventure format, 3D animation, 360° cameras, and other fun things. Being an AP was an incredible experience, and I always learn so much from being on set with Elizabeth and George (our director/camera operator). And even though production week was exhausting and our days ranged anywhere from 6-14 hours, I was so motivated to wake up and start working every morning with new talents (our student hosts) and new sets and new challenges to tackle. I think this reinforced the fact that working in the media industry, whether it’s writing or video production or something else, is a good path for me right now. 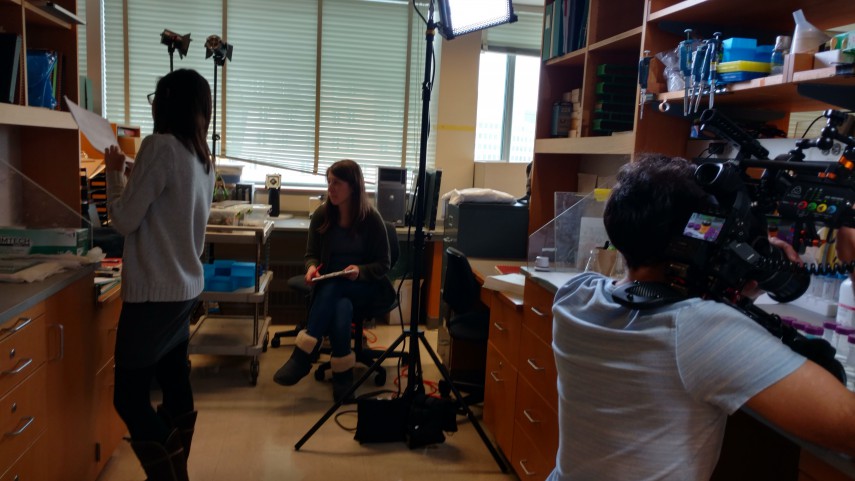 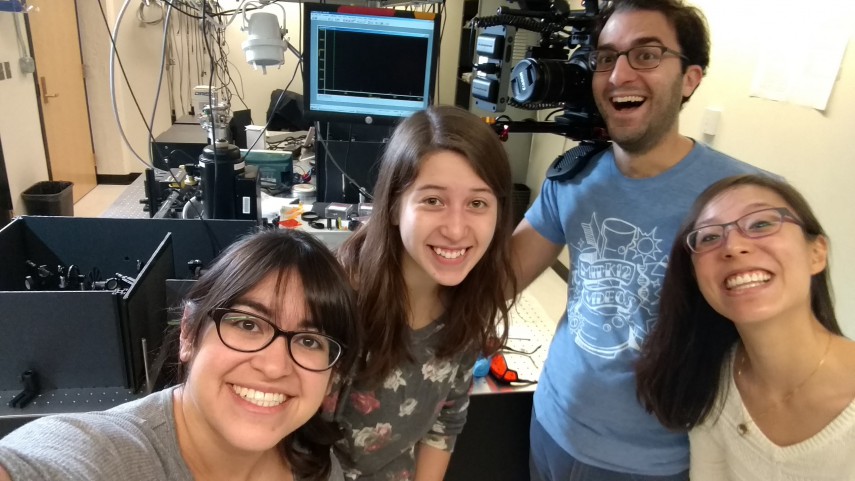 From left to right: Whitney (one of our hosts) + Me, George, and Elizabeth (the production team) 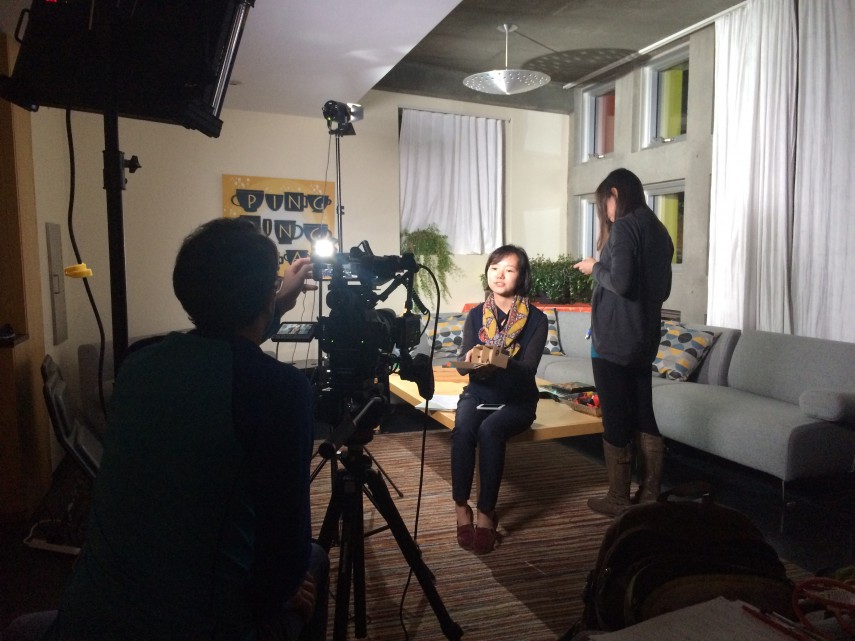 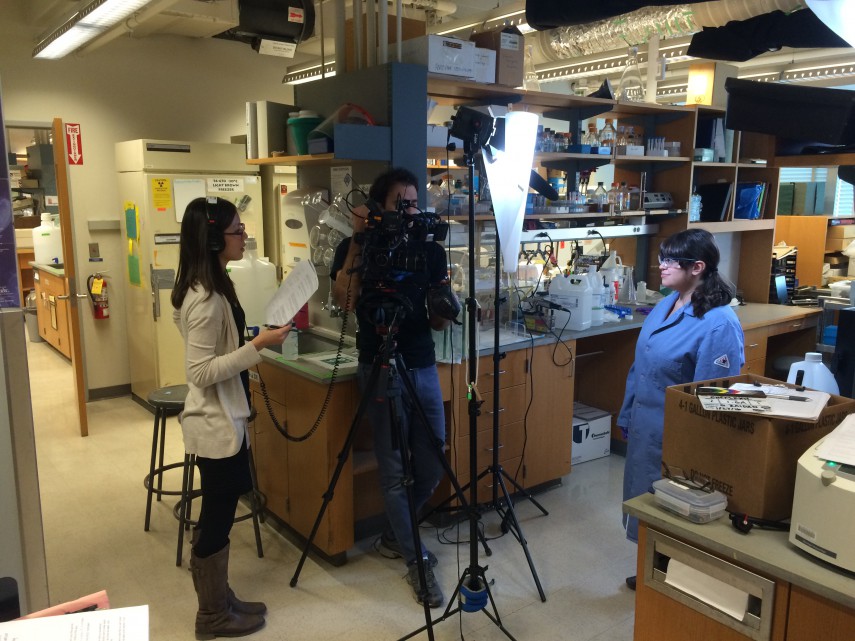 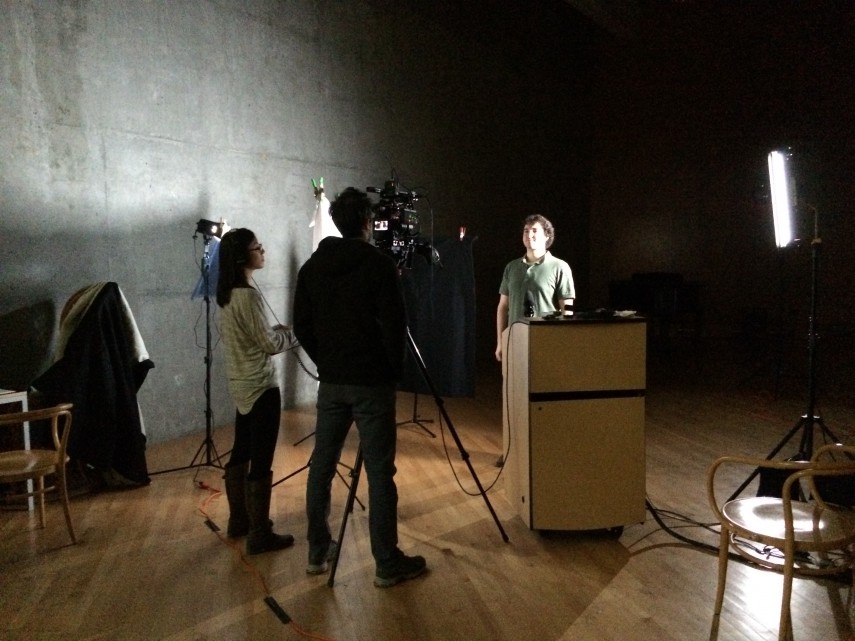 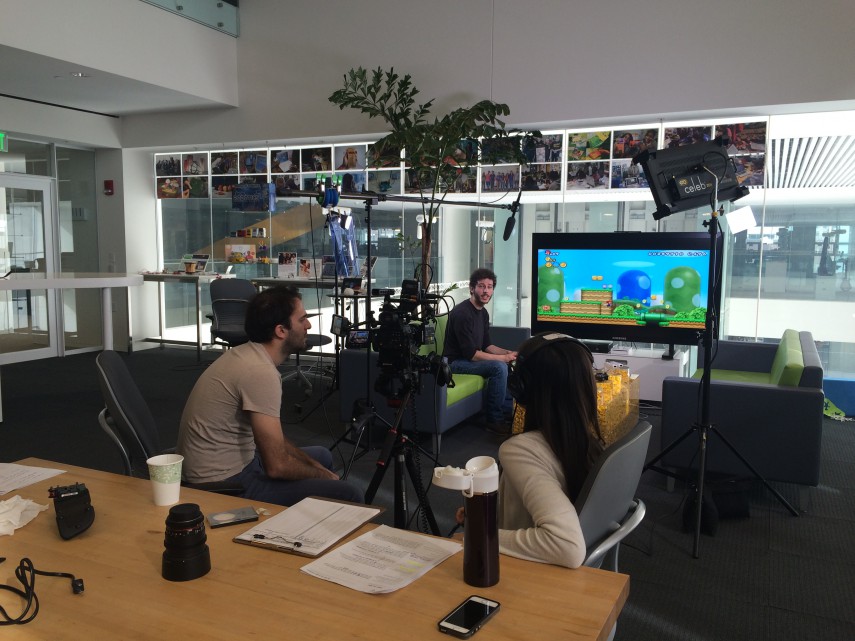 Because IAP was so hectic, the new semester felt like it came out of nowhere. It’s tough transitioning back to a “Classes First” mindset when I’m so ready to work and make things and have some free time and feel like a full-fledged adult rather than a student. The feeling that I’m graduating – that this may be my last semester of formal education ever – is sinking in. So I set some unofficial goals for myself this semester:

1) tie up loose ends – this means writing a paper for my UROP with MITx, wrapping up video projects on campus, finishing or scrapping half-finished blog posts, passing the last couple of classes I need for both of my majors, and feeling ready to end the MIT chapter of my life once I reach graduation day

2) make/maintain meaningful connections – I’m ready to leave (and have been ready to leave) MIT for new beginnings, but I really realized over IAP that I’m going to miss a lot of the people here. I fortified myself against the stresses of this school by building a really diverse and meaningful support network made of students and professors and other mentors, and it’s a bit sad knowing that I’ll lose contact with some people after leaving this place

3) take breaks – even though I say this every term, I think it’ll be extra meaningful in this final semester because I’m committed to a few very, very important activities outside of classes and want to make sure I can give my 100% to all of them (plus I’m finally accepting the fact that I as a human want/need/deserve to take breaks even though I feel like I’m going non-stop sometimes)

This semester, I’m taking 7.28 (Molecular Biology), 7.29 (Cellular Neurobiology), and CMS.405 (Media and Methods: Seeing and Expression). This is actually the greatest number of technical classes I’ve taken since my sophomore Spring, so I’m a little bit worried about getting back into the lecture-pset-test routine instead of all the really wonderful reading-discussion-project-workshop classes that really help me learn.

So, this is it. I’ve fought this hard for this long, so I hope I can make it four more months. I feel like I’ve almost conquered MIT. I don’t really feel triumphant in an IHTFP way (the I Have Truly Found Paradise version), more in a “I have survived this place and become a better person and found a community despite the Institute providing very little support/encouragement/clear paths to pursue what I’m interested in.” I want to write more about this feeling later, since I think it deserves its own blog post.