Hey! I’m back this term to finish my undergrad degree.

I realize that with the incoming class of 2019, most of you have no idea who I am. Which I guess makes us even, because I don’t know most of you either. But to make a long story short, my senior year, I decided to start a company instead of graduating. This term, I’m back to get out of student purgatory and get my degree just in time for the Class of 2012 π reunion.

But it may surprise you to know that even an institution as old as MIT has changed a LOT in the few years I’ve been gone. Registration is now online. There are tons of new professors. New shops in the student center. Online portions to some classes. Old buildings are gone, new ones have popped up – it’s like a bizarro-version of the MIT I remember.

There’s plenty new in my own life too. I live miles away from campus (which used to seem like the ends of the earth when I was an undergrad before). I tend to get up early and go to bed…..well still late most nights if we’re being honest.

And (to bring us to the meat of this post) when I leave my house, I’m not coming back until I’m home for good. That means I end up carrying a fair amount of stuff around everyday. I always like seeing what people carry around with them all the time, so I figured I’d dump out my bag and show you what’s in mine on any given day.

(I actually did just that) 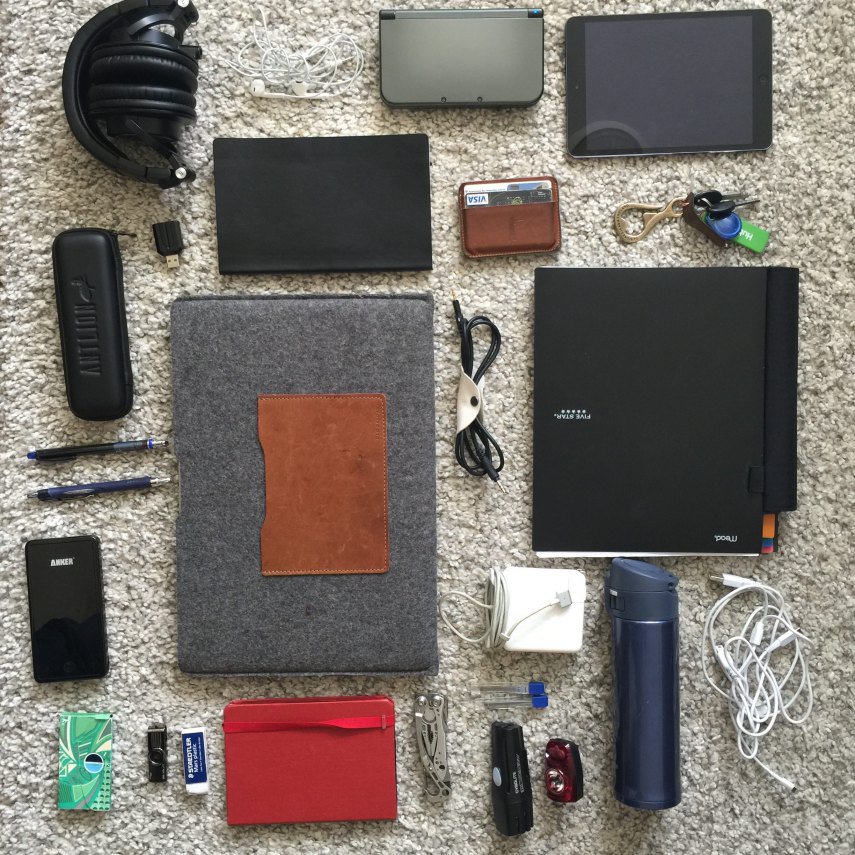 So if you’re like me, maybe you wonder what combination of magnetic strip swipes and pin pad punches led to this array of stuff. Or maybe you just want to know what to heck it is. That’s why I numbered it like a museum exhibition, so we can walk through it together: 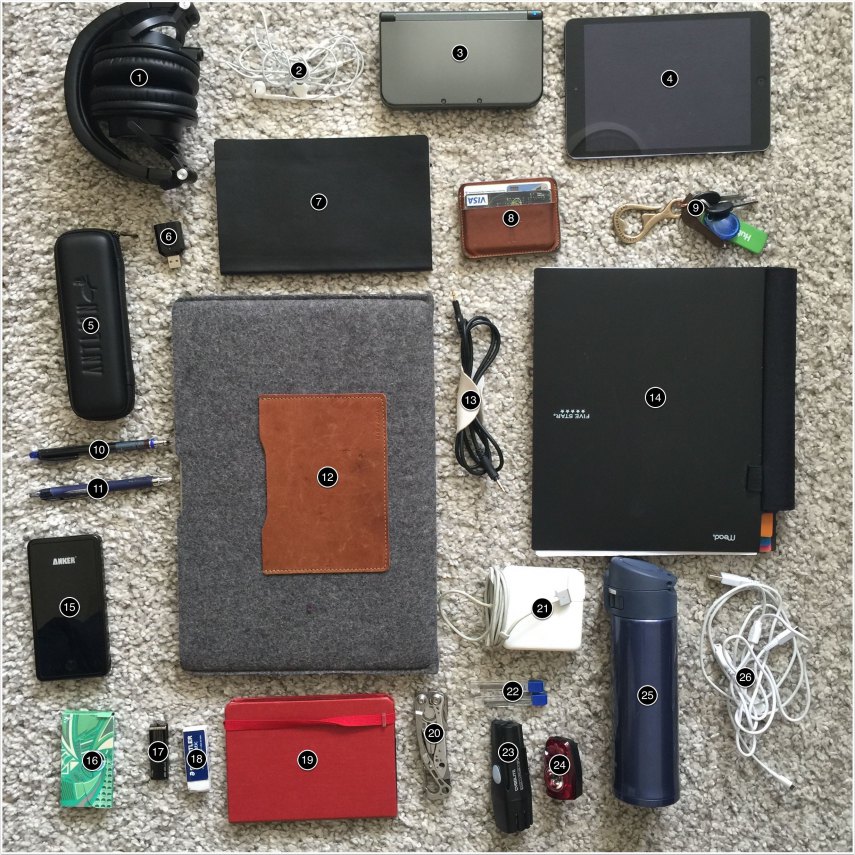 Anything also make it into your bags/pockets/fanny packs? (I’m not here to judge). Anything I’m missing?