no, not the math one

MIT is a melting pot of all sorts of people from different races, religions, backgrounds, you name it. It’s an exciting environment to be in, and sometimes in the middle of juggling classes, p-sets, terrifying exams and potentially life-altering decisions like declaring a major, it’s easy to take for granted the haven that is created Under the Dome, where people from all backgrounds imaginable work (whether tiredely or tirelessly is debatable) together bounded by immense love for learning. In recent weeks, the fact that such a renowned place as MIT decided to fling open its doors for students FROM ALL OVER THE WORLD and make it possible for them to receive an amazing education in such a conducive environment has been heavy on my mind, as has been the realization that in doing so, MIT is contributing towards the making of global citizens.

‘Global citizens’ sounds awfully generic, one of those impressive terms thrown into a speech, but just by being in college, I’m beginning to understand it. What makes the difference between me getting my degree here as opposed to from my college back in Nairobi? Yes, the facilities and faculty here are top-notch, but I really don’t think that’s the point. I’m here to get my world-view shifted, to force me to see things from a different perspective, and learn from that. I’m here to learn about other people and in the process get them to learn about me (action and reaction). My degree would truly be pointless if I left this Great Institute without having fundamentally changed in some way as a person. The only way this can happen is by interacting with people!

Integration is hard. Everyone is different, so unique and outstanding in their own sense that finding common ground sometimes seems impossible. Everyone is brilliant and intimidating to everyone else, so that sometimes it’s similar to that moment where you’re terrified of the cockroach but it’s equally (or even more) terrified of you.

Sometimes, you’re in a situation where you need to interact with someone else but they’re just so different you’re clueless as to where you’ll start. It really does happen. Sometimes, you have a stressful p-set on our mind and you’ve just come from a traumatizing calculus exam and the last thing you want to think about is your social skills (or lack thereof), so you decide to avoid the situation altogether (similar to what is called the ‘miss’ solution while dealing with conservation of momentum). You switch seats or put on headphones. The other party (also being somehow on edge due to General Institute Woe) takes this as some kind of polarization. You’d be surprised what a long way such small incidences go, and sadly, sometimes they’re never cleared up.

Social dynamics are weird, complex and sensitive. They also heavily depend on who’s telling the story.

Being open-minded is key in an environment like this where diversity is living and in action. Implicit bias plays a big role in interactions, and it takes conscious effort to meet people halfway and appreciate individual personalities.

Personally, I get excited being in a conversation where people are talking about things I have no idea about, because I can chime in with the classic “What’s a cannoli?” question and have them try to describe it using words, then fail, and end up buying me a cannoli just to show me what it is. Sometimes, this happens in a slightly formal setting where I have to discreetly google ‘ramen’ to get some context in the discussion. But in all those moments, there’s a part of my brain always screaming, “YES! THIS IS WHAT I CAME HERE FOR!” Learning new things is exciting, but only if you feel comfortable to learn, and you don’t feel like you constantly have to prove yourself. In those moments, I’m quiet because I’m learning; in other moments, I talk so fast and so passionately about the beach in Malindi and the infamous Nairobi traffic and my hiking expeditions in the Rift Valley and my backpack made of authentic leather and sisal fiber that I run out of breath, and in those moments, I’m teaching, and someone else is learning.

Change is uncomfortable and inevitable. What makes it better is the knowledge that change=growth. Sometimes, people speak so fast that I literally don’t understand what they’re saying, and these days I’m training myself to stop thinking it’s my fault and not making them repeat themselves and to start saying, “I’m sorry?” That small decision really helped to get me more involved in things that happen around me. Even in the intensity that blurs days at MIT, change, integration and global citizenship can happen, but only because of conscious and intentional effort.

Regardless of where home is, be it three Red Line stops across Boston or ten time zones across the world, fitting in is a task. It’s a two-way street. Appreciating other people’s experiences and acknowledging their validity even though they glaringly contrast your own is hard work, but come on. We’re MIT students. We’ve got this. Let’s do it. 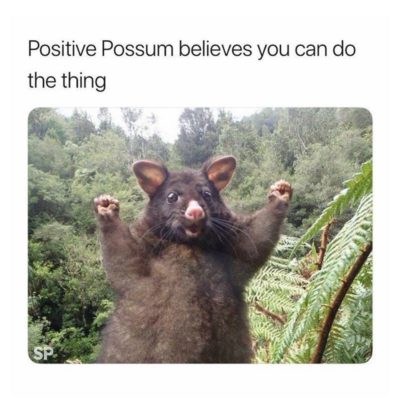