Painting a mural and turning my rat

In my last days at MIT, I painted this mural on my hall. 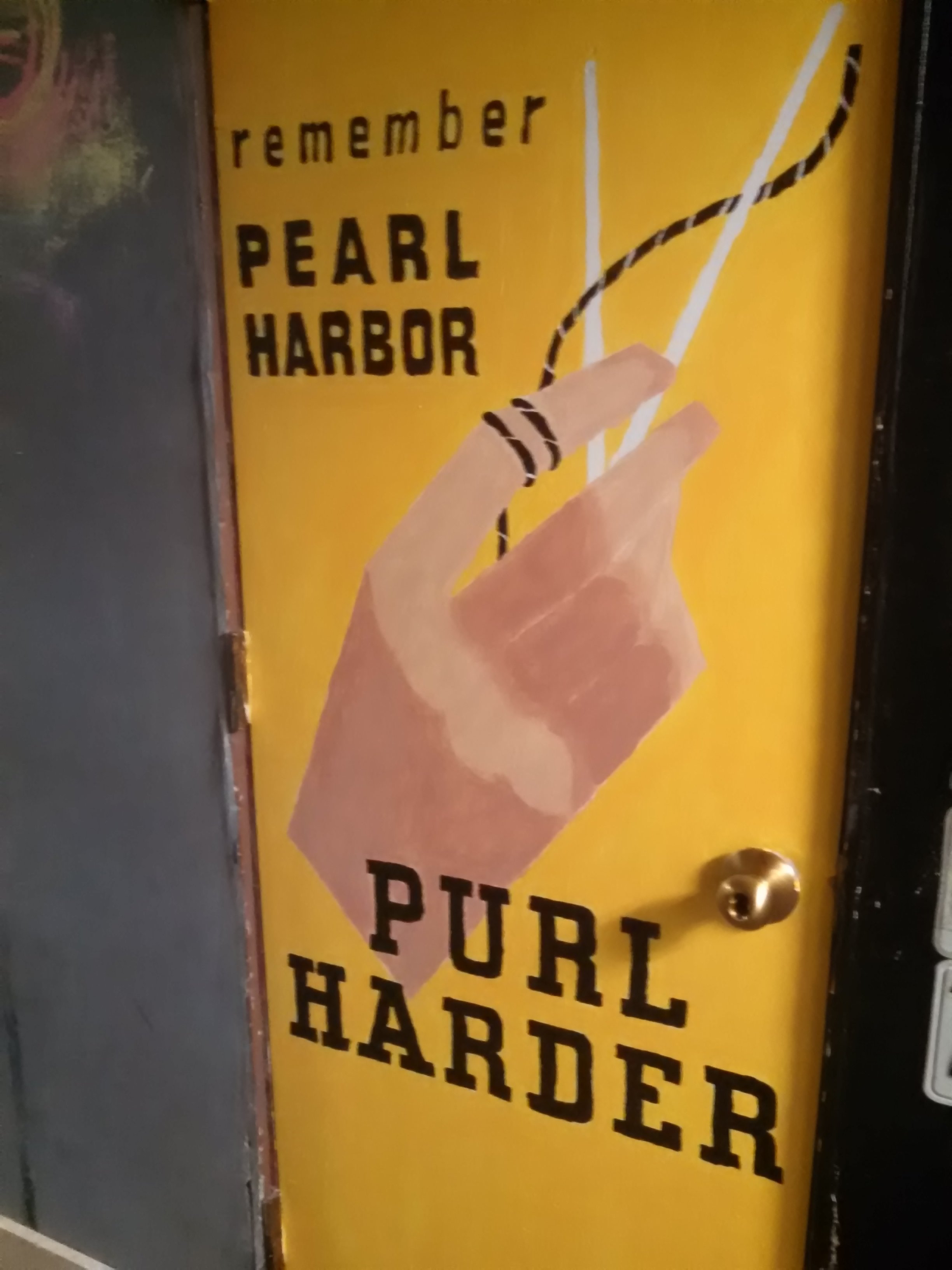 I’d always said I wanted to paint a mural on Tetazoo, and I’d had my eye on this image for a while — I’m a huge knitter, and this was my desktop background for most of my junior year. I’d had my eye on the closet door it’s painted on for a while, too: earlier in my senior year I’d stripped a off the badly-peeling varnish layer, but somehow I never got around to painting. But as my senior year drew closer and closer to the end, as finals were approaching for my final time, I finally decided to do something about it.

In a single day, I had a base coat up, went shopping for paint, traced the design from my projector (what, you didn’t think I actually had art skills, did you?) and patiently filled in all the details: the lettering, the gradient on the hand. Sometimes I get into uniquely productive moods, and this was one of those times — but this one was definitely catalyzed by a sense of urgency: I was leaving MIT so soon, and I felt like I had yet to make my mark.

It’s been (almost exactly) 2 months since I graduated. At graduation, one of the traditions at MIT is for all the undergraduates to flip their brass rats around and wear them the other way: while you’re an undergrad, you wear it so that “the beaver is sh*tting on you” and once you graduate, you flip it around so “the beaver sh*ts on the world”. The grandma-friendly way to explain this is in terms of the Cambridge and Boston skylines on the sides of the ring: while you’re at MIT, you wear the ring so you’re looking at the Boston skyline, and once you leave, you flip it around so you’re looking back at Cambridge.

I really emotionaly resonated with the significance of turning the ring: when my older friends graduated, I would always notice that their ring had changed directions. At one point the summer before my senior year, I looked down and noticed that I was accidentally wearing my brass rat the wrong way. After hastily switching it, I was surprised by how tense and disturbed it made me to be wearing it the wrong way. The symbolism of my brass rat’s orientation meant (and still means) a lot to me.

So, two months ago, sitting on the lawn in Killian Court, I knew the brass-rat-turning moment was coming. I’d psychologically built up that moment as the moment I would truly graduate from MIT, more significant than flipping my tassel, tossing my cap, walking across a stage, or receiving a degree. But when the 2014 class president Anika gave her speech, she caught me off guard: right then, before anyone walked, she had us all turn our rings around. And that was it, I was graduated, who needs a piece of paper in a fancy red cover, I was done. 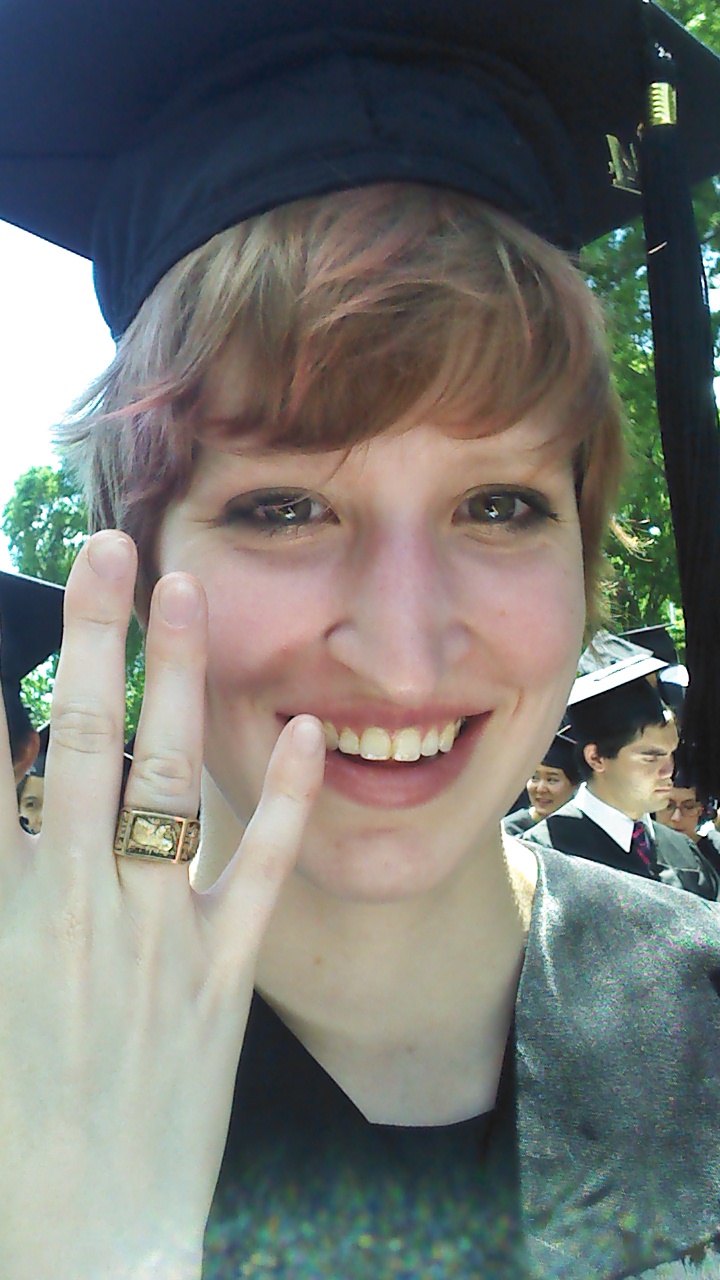 I was expecting, in the days and weeks and months after graduating, to keep getting it wrong when I went to put my brass rat on in the morning. Surprisingly, I’ve been pretty good at remembering to put it on upside-down – but the fact that I describe it that way should tell you how weird it still feels. This ring-become-part-of-my-hand is physically exactly the same whichever way I wear it, but emotionally couldn’t be more different.

So, to everyone I met, got to know, learned from, stayed up til dawn with, hacked, punted, or tooled with at MIT: thank you, for the incredible mark you’ve made on me, and I hope I’ve made a positive mark on you in return.

Hi! (Incidentally, this is how I begin all emails I write to people I’ve never met in person. I mean, sure, I could Google the person and find out how to address them, but how would I know whether to call them Ms. or Mrs.? or Dr. or Professor? etc. “Hi!” is just so much safer. Anyways…) My name i…
Keep Reading