Lessons on How to Start a Hard Tech Startup, with Sam Altman by Michael C. '16

If you know anything about startups, you know Y Combinator.  YC has spawned $50 billion worth of startups, including Dropbox and Airbnb, and shows no signs of slowing down.  A common criticism of Silicon Valley startups, however, is that they often go after “easy money” instead of tackling hard technology problems that have more world-changing potential.

Sam Altman (president of Y Combinator) gave a talk today at MIT about why “hard tech” startups are hard, and why they’re still worth it.  Here’s the main lessons I took away from his talk:

How to know when to jump into a field

70-80% of the market is chasing the current fad.  This means that if you choose to make a video streaming startup, or a social network startup, you’ll have an enormous amount of competition both from established companies and other startups.

Far better is to think of a new idea that the rest of the world is missing.  Sam says that very few founders do this. Two important factors he stressed when evaluating a field are cost and cycle time.  If the costs in a field have come down recently, or if cycle time has gotten much faster, then it might be a good time to start up in that field (see: genome sequencing).

Startups survive on momentum.  How do you maintain momentum when you’re working on problems with a time scale of many years?  If you’re a nuclear reactor startup targeting goals 7 years in the future, what can you deliver in 3 months?

The answer is to shorten your cycle time by aiming for small wins early. Instead of the whole nuclear reactor, is there a subsystem that you can deliver in 3 months?  Small wins build on each other and lead to big wins. Momentum attracts good people, and makes people motivated to work harder.  Another benefit of shorter cycle times is that it forces you to build for a real customer; when you have deadlines every few months, it’s harder to relax too much.

Most of the $10-20 billion dollar companies started in the last few decades have been software companies.  The huge benefit of a software startup is that cost is low, and cycle time is fast. The secret of software companies, Sam says, is that they can aim to get 10% better every week. Short iteration cycles allow them to get feedback from customers and improve their product.

Don’t be afraid of detours

Most founders hate detours, and want to focus on the “big picture.”  But it’s often impossible to go from 0 to 100 right off the bat.  For example, take Tesla and its goal of creating a mass market electric vehicle (the Model 3).  Before it got there, it had to start with a high performance, extremely expensive car (the Roadster), then a sporty four-door sedan (the Model S).  These earlier smaller wins are what made the end goal possible.  Another example is SpaceX and its goal of colonizing Mars.  You can’t get to Mars without making a lot of smaller wins – developing reusable rockets, for example.

Why do this at all?

Sam brought this into the larger context of our current society: people want their life to improve year over year.  But if the pie isn’t getting bigger, then for your life to improve you have to take it from someone else.  And this leads to a mess (see: current election year).  That’s why the fundamental motivation of Y Combinator is to reignite technological innovation.  Not just to make money, but to change the world.  And I think that’s a goal that MIT can very much identify with. 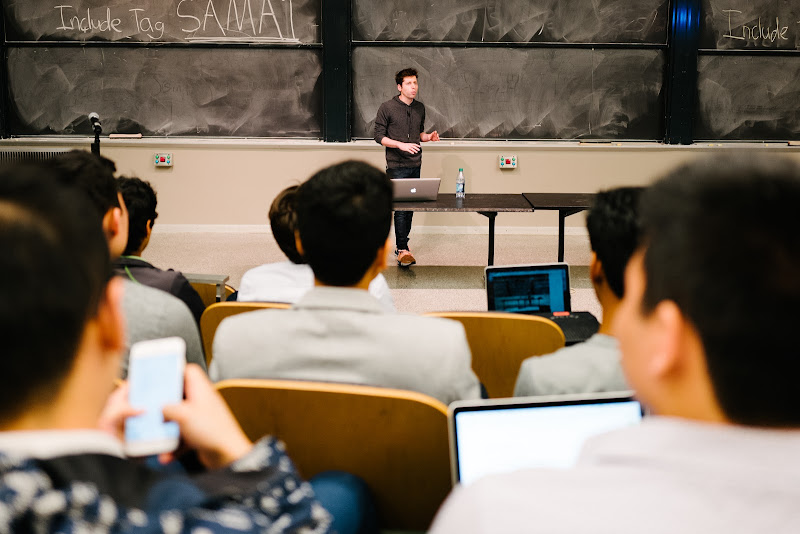