If you were in Boston sometime these past few nights and glanced towards MIT, you’d be forgiven for thinking that Killian Court had been transformed into a huge sports stadium, with gigantic spotlights emanating from the Great Dome and swiveling around the sky.  Turns out they were just rehearsing the lights for MIT’s 100-year-anniversary of its move to Cambridge – an event named “Moving Day”.

Not exactly the most imaginative name, but boy does MIT know how to throw a party – I’m told the weekend was a $10+ million event.  It’s not every Saturday night that you get to see…

…the Mens Et Manus seal come to life – with the two characters on the seal playfully arguing about the merits of theory vs. practice: 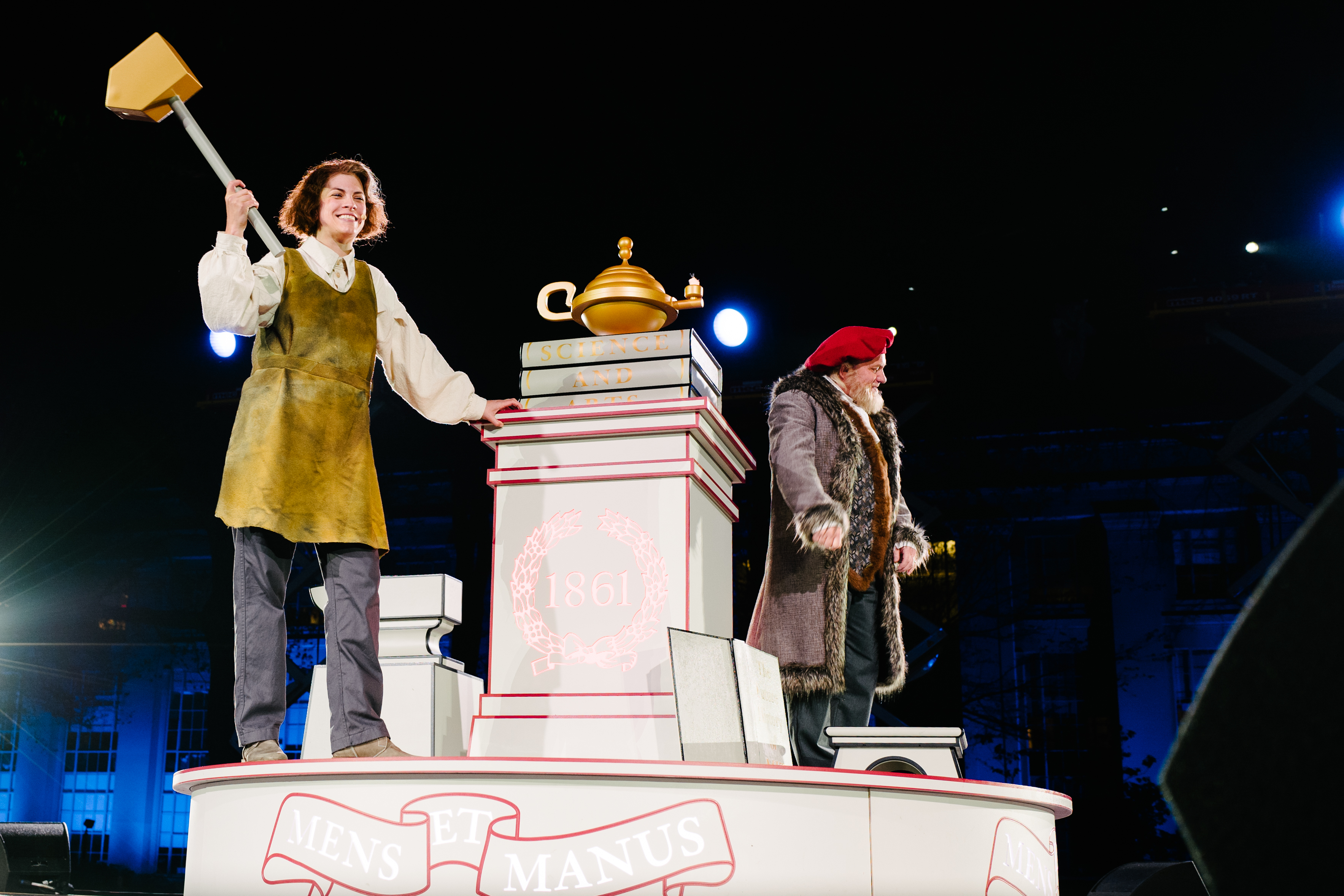 …or giant bobblehead figures of esteemed MIT alumni brawling in a fistfight (I believe that’s Feynman trying to knock out Packard): 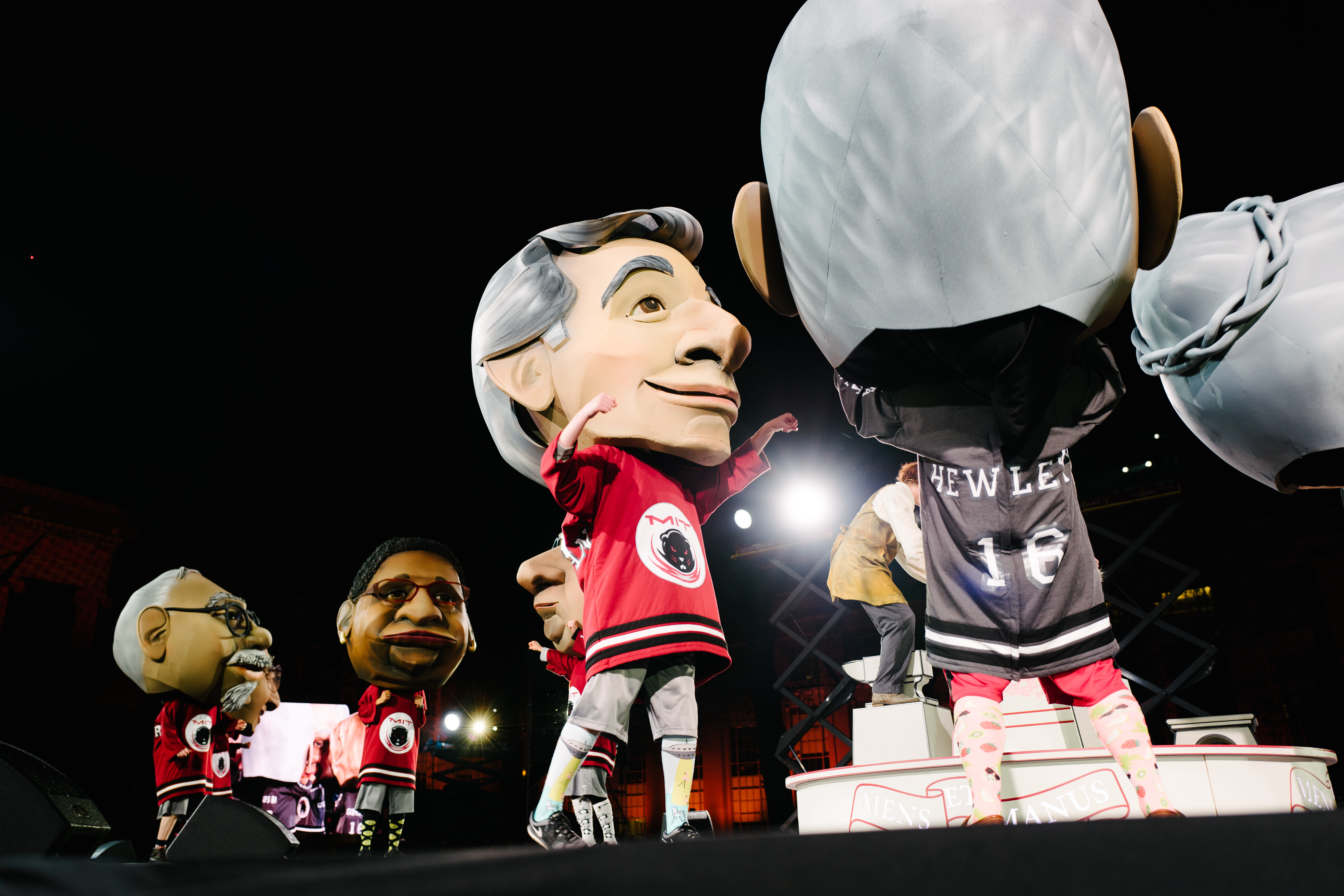 …or President Reif taking a selfie (Reif-ie?) with the MIT seal: 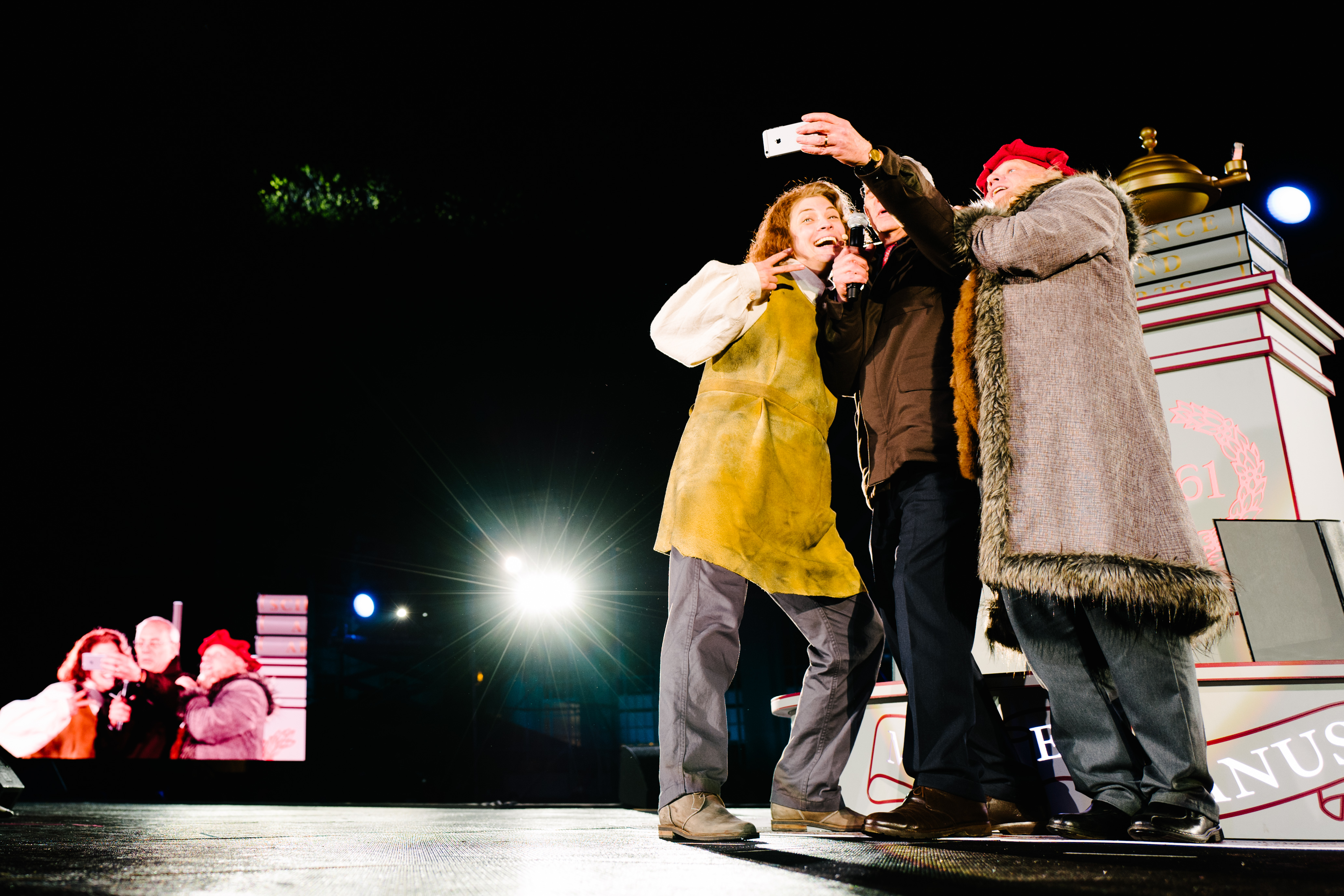 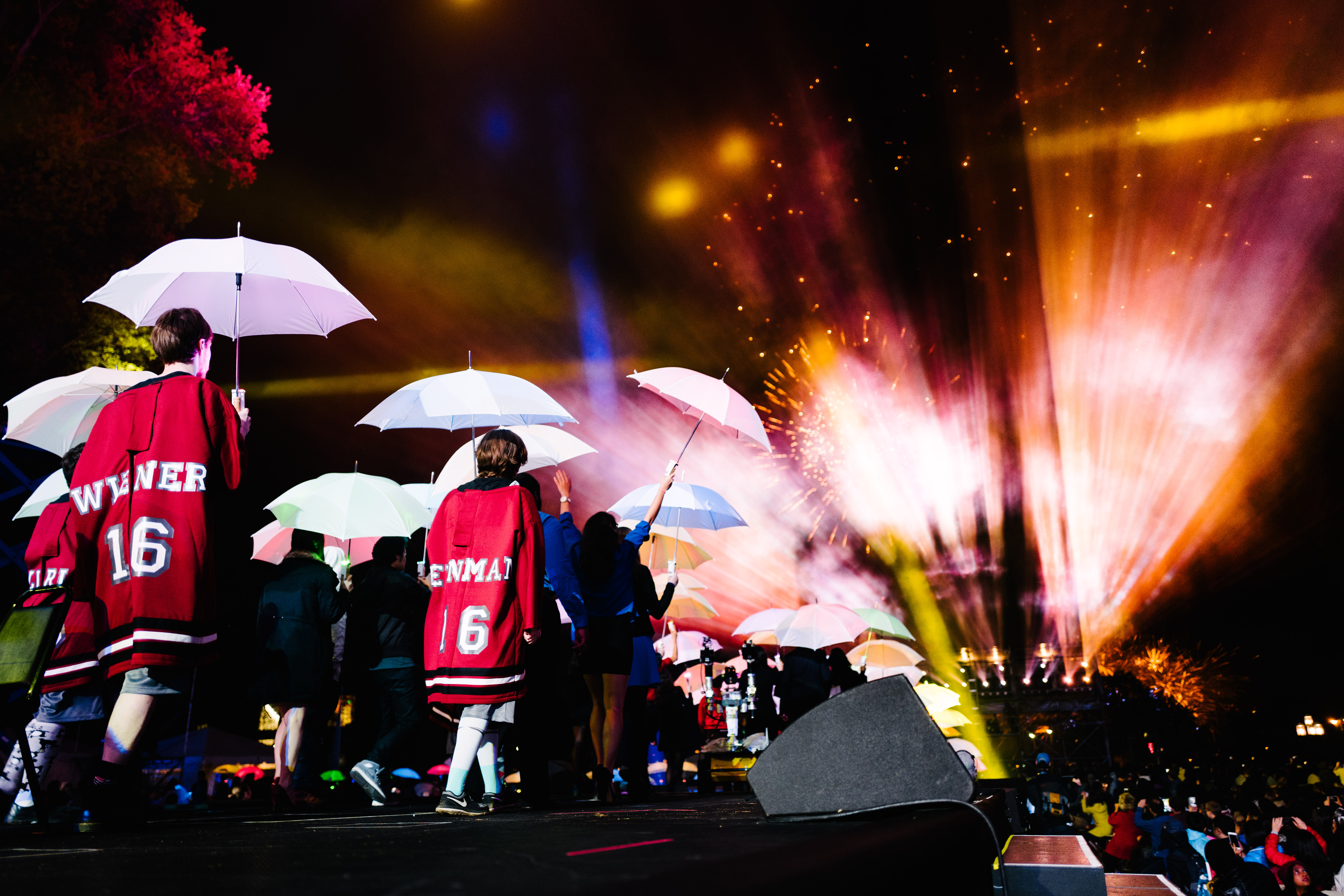 …or a fantastic showcase of the various arts and performance groups at MIT: 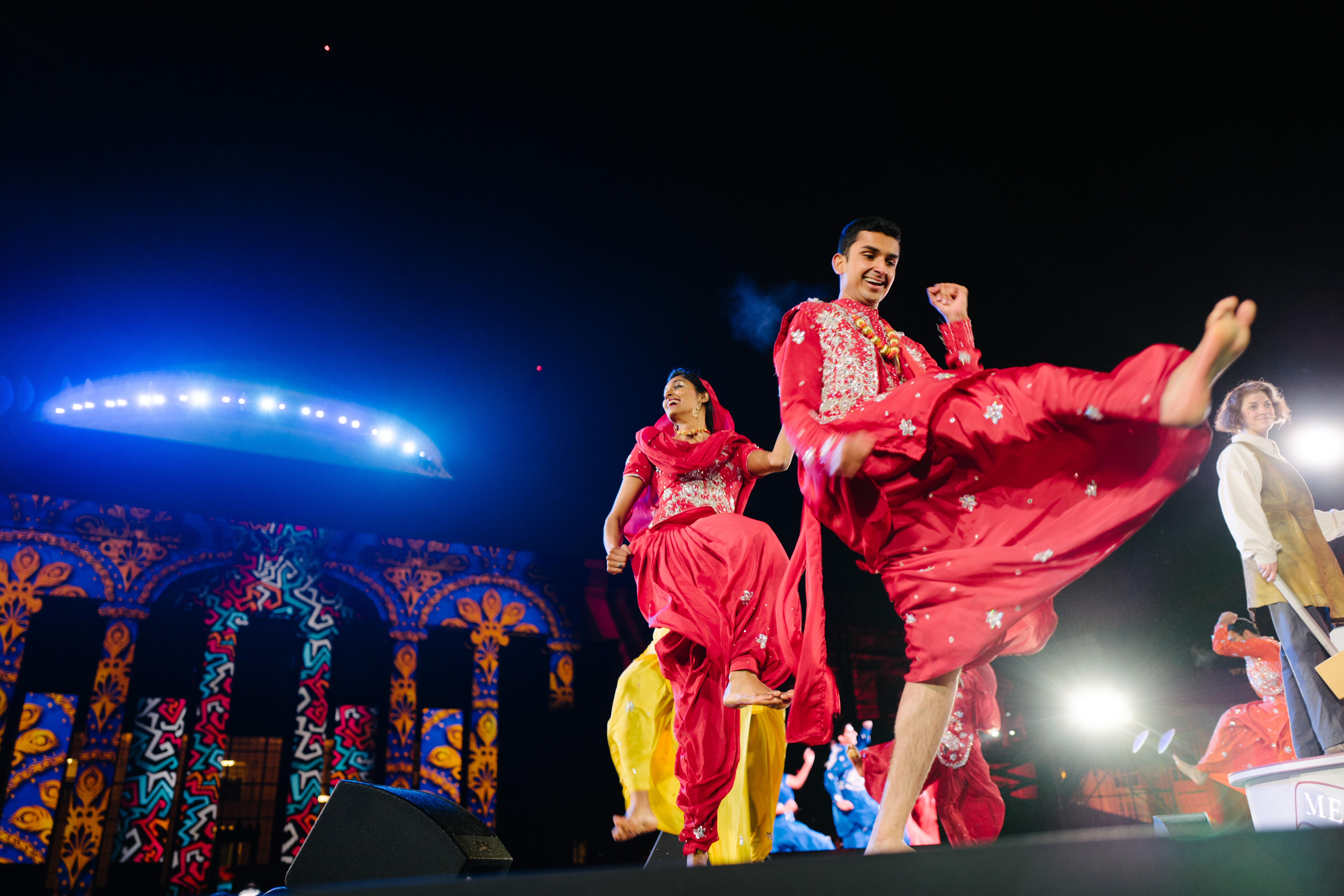 Here’s another view of the spotlights on Lobby 10: 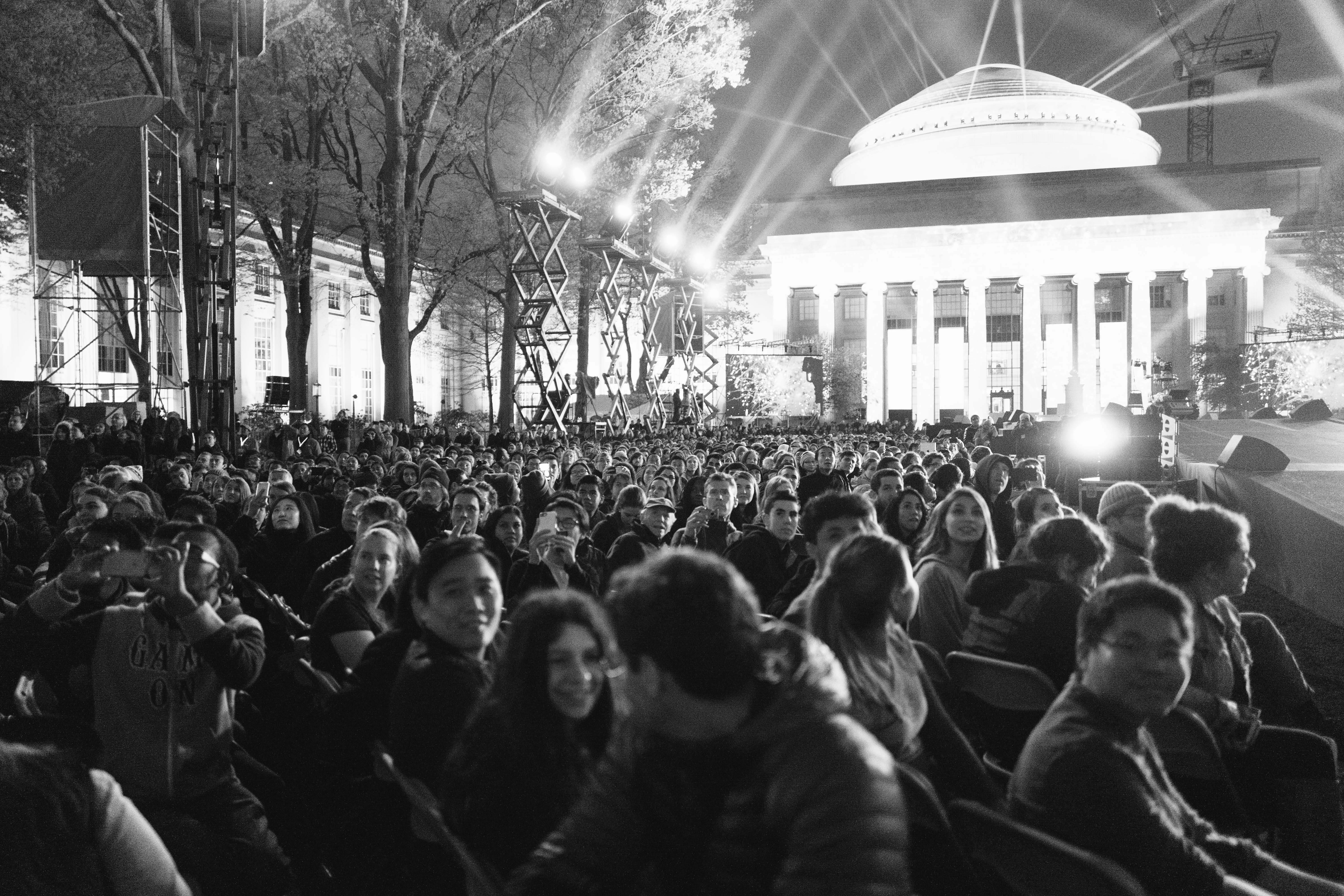 …and of course, after the pageant there were 5 giant tent parties around campus, each themed for a certain decade and most featuring open bars: 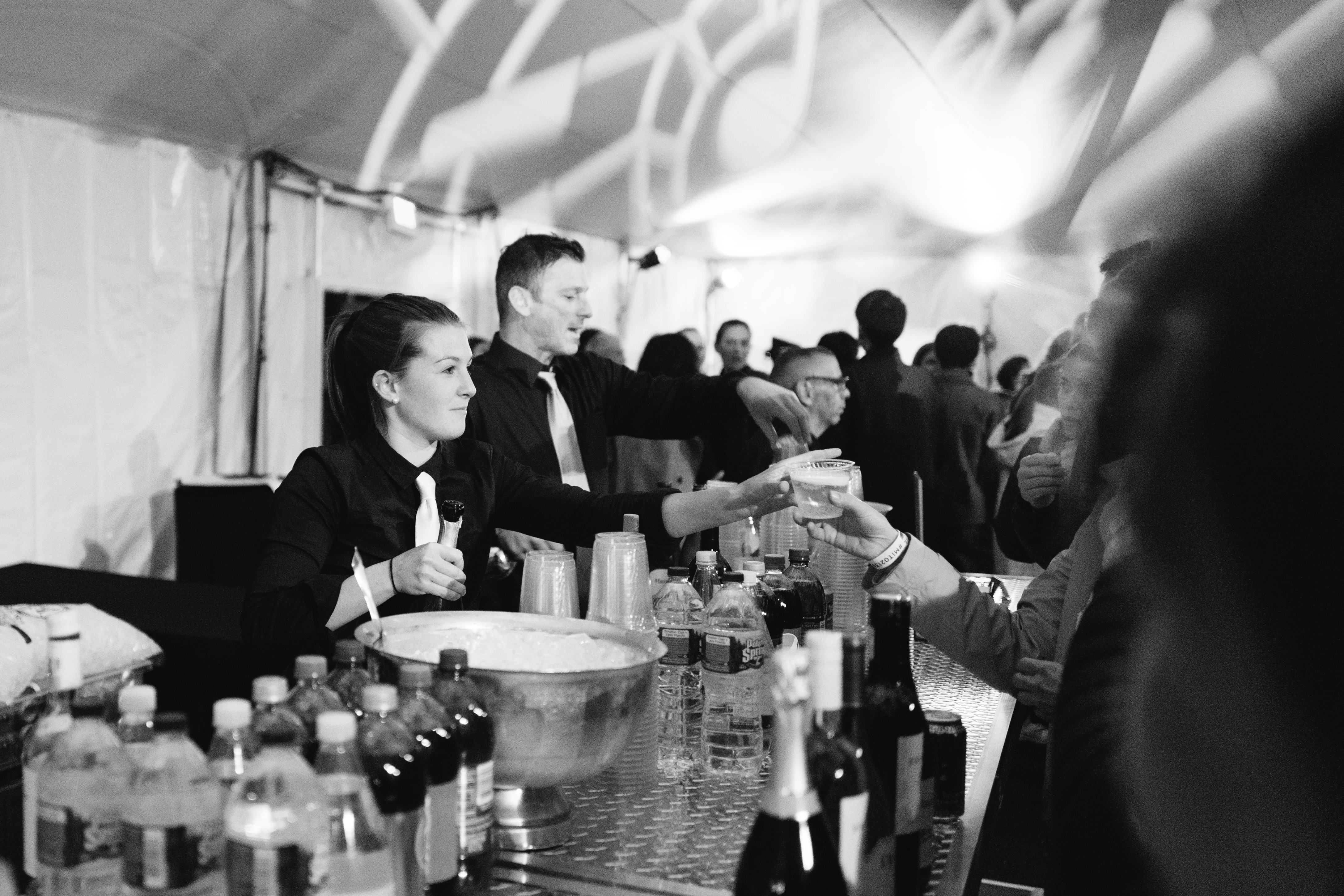 And let this forever put to rest the notion that MIT doesn’t know how to party.