Life, the Universe, and Everything by Ceri R. '16

There comes a time in everyone’s MIT experience, from the application process to being on campus, when you are starstruck. Starstruck by the achievements of your friends, current/future classmates, professors, or even housemasters’ dogs (confession: I’m not entirely sure whether the dogs have gained any fame other than being incredibly cute). After which, you feel the slight urge to huddle under a blanket with a warm cup of tea and mutter to yourself, “what have I even done with my life?”

Oftentimes, this moment occurs as soon as you arrive on campus. Or in the middle of your third essay prompt on a college app. And it’ll probably happen more than once.

I had this moment most recently while sitting in my 18.03 (Differential Equations) lecture. The professor had casually remarked that “the rest of the integration is trivial,” or that “most people are introduced to this concept in high school,” and my brain cried out (silently, of course), “This does not seem trivial at all and some of us did not have rigorous high school math educations!!”

Which began to degrade into “… I can’t math.” So I doodled. 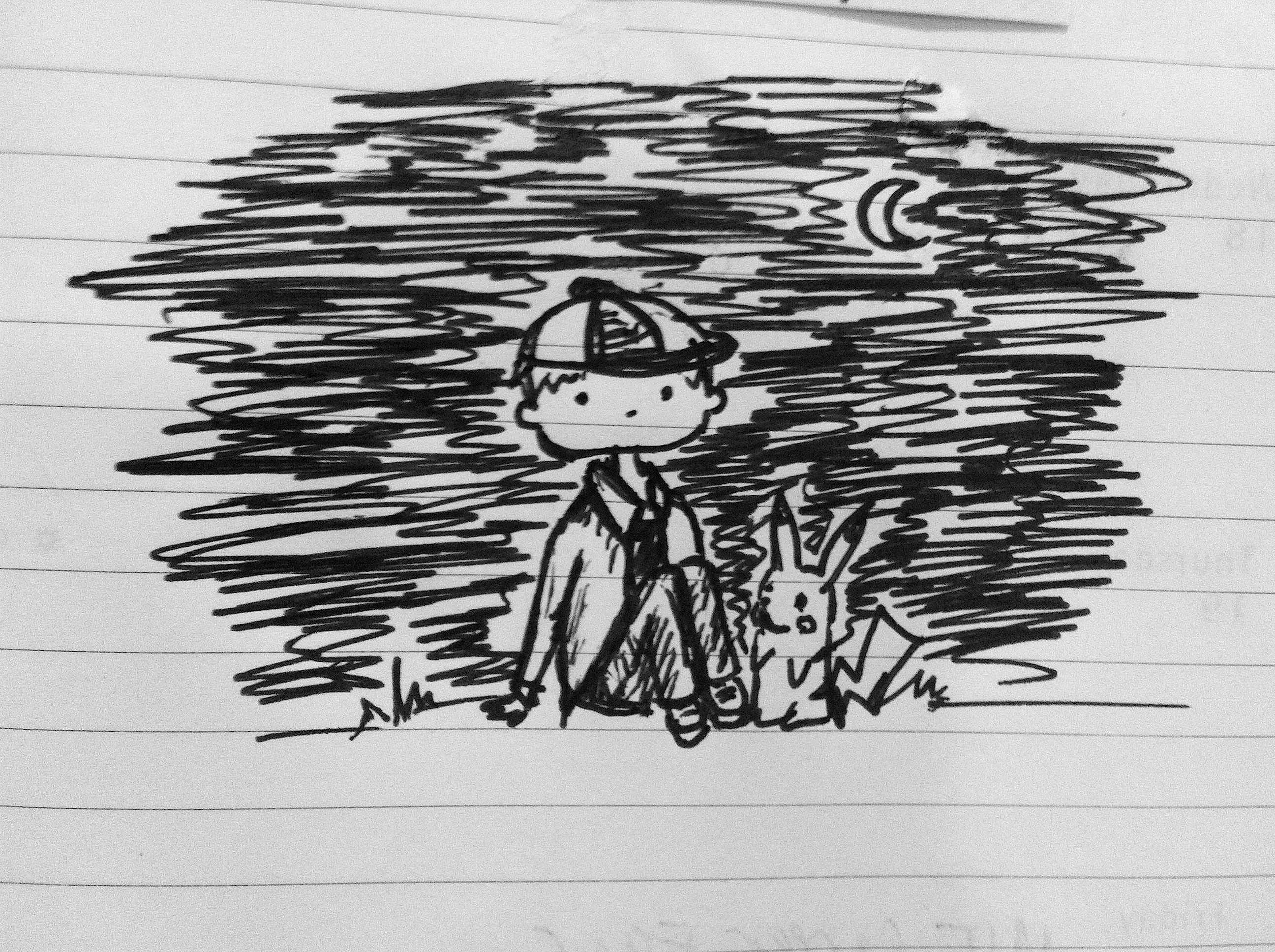 (Inspired by a mixture of one of my favorite Calvin and Hobbes panels, currently adapted as my desktop background, the song Yakko’s Universe from Animaniacs, and Pokémon for nostalgia)

After finishing this week’s psets, I took a mental break from school and scribbled down a list of things to remember. Things that, in an ideal world, we should always remember, but especially when you’re feeling a bit insignificant. (Even dust-speck-in-the-grand-scheme-of-time-and-space-type insignificant, as hard to avoid as it is.)

1) Stop. Collaborate and Listen. (Ice is back with my brand new invention)

Be part of something greater than yourself, whether that’s volunteering with an elementary school or playing on a club sports team or contributing to an online forum or writing those thank-you cards you’ve been meaning to for a couple of months. Some of my favorite organized internet projects that immediately come to mind:

2) Surround Yourself with Inspiration

Much like Anna wrote, the walls of my room and B-Entry in MacGregor have many nice things.

I plastered my one brick wall with posters of video games, TV shows, and comics that make me happy. (Props to you if you get all the references. A couple of them are pretty obscure.) 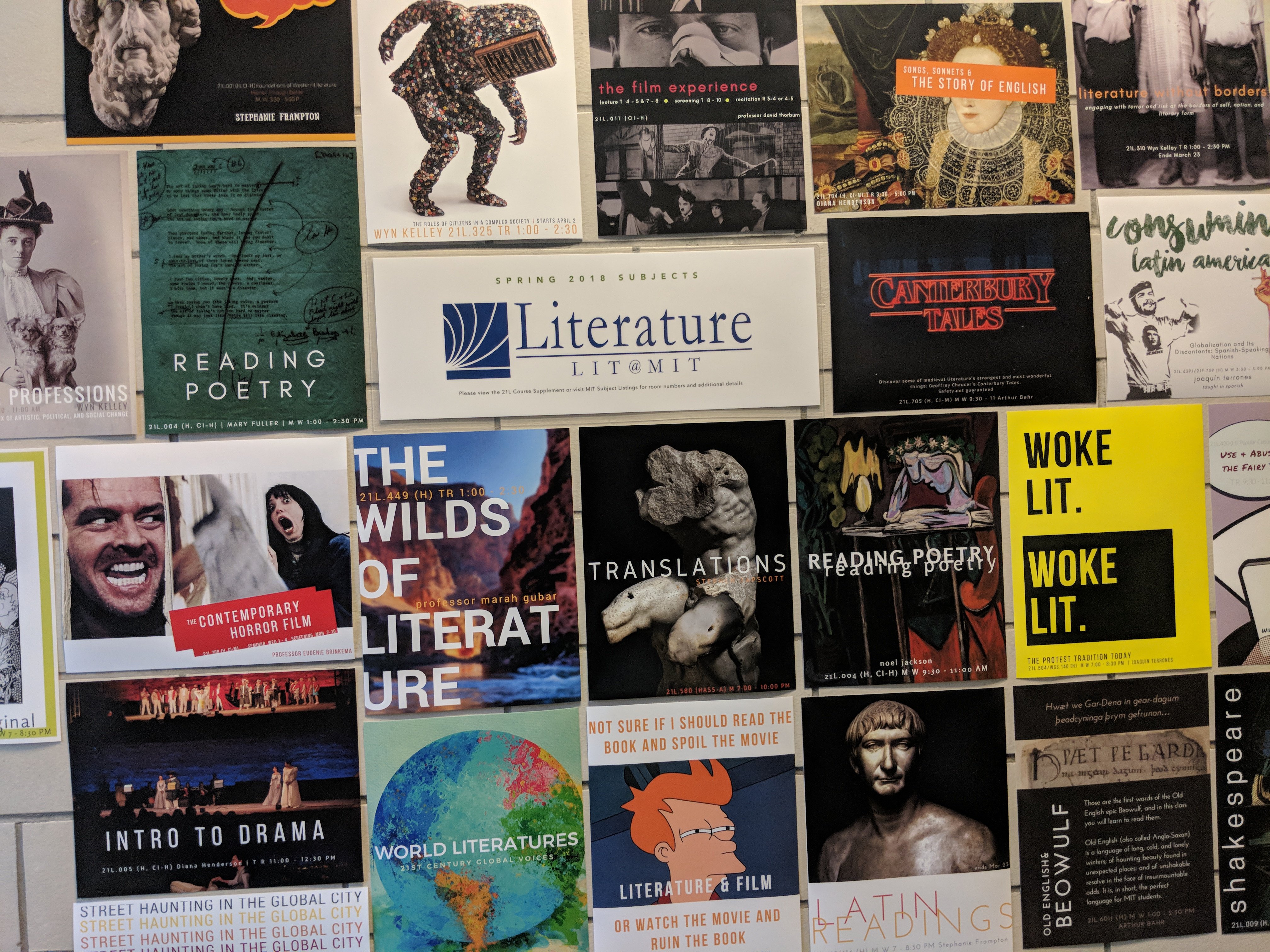 In the main lounge, my friend Lauren W. ’16 and I painted a mural of B-Entry’s crest (designed by B-entry upperclassmen and alums, and tweaked by us with the final rendering). Translation of the motto: All must be eaten. 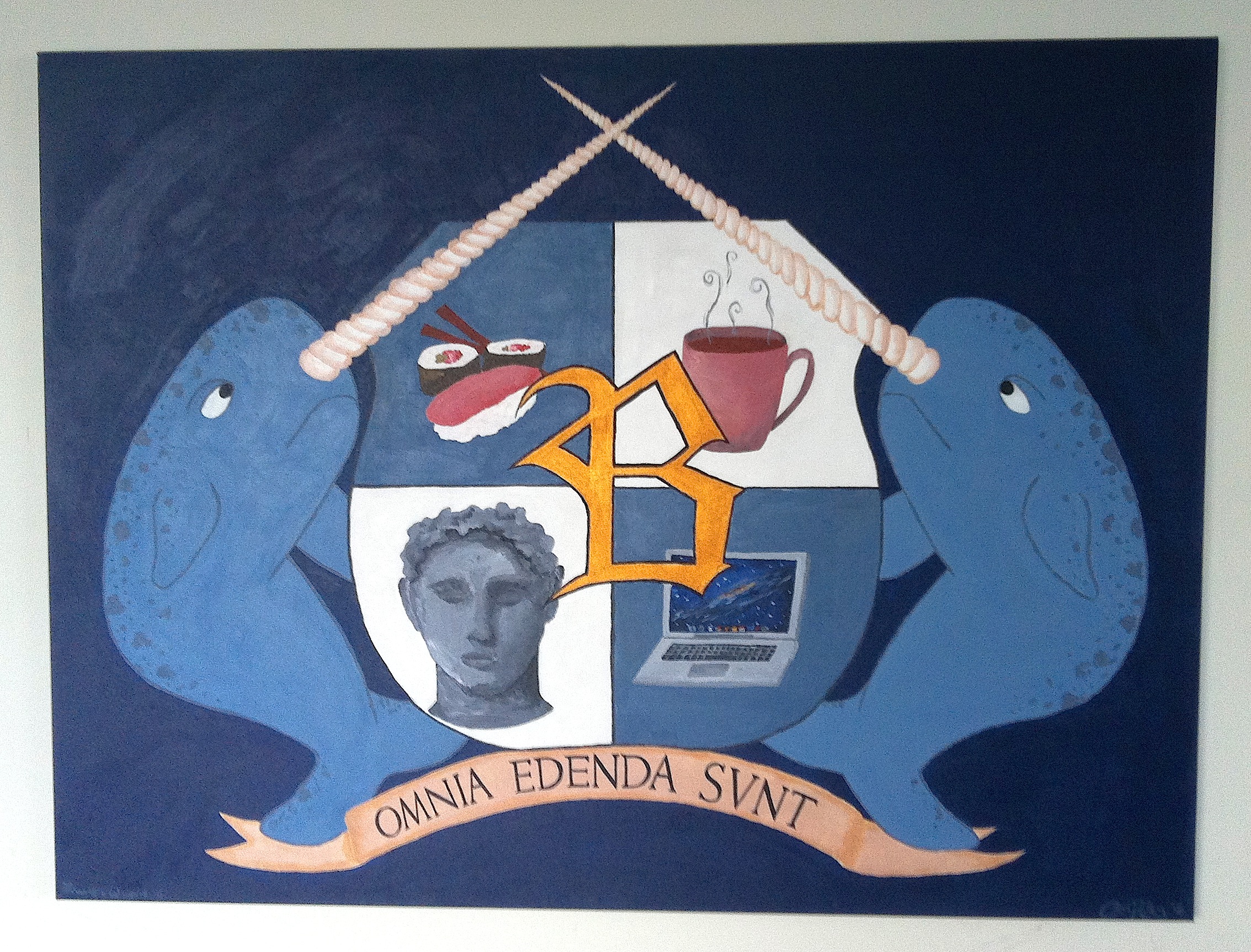 And we also have a couple hundred pictures of B-Entry residents through the ages. We try and take photos pretty often—when we go out to eat as a group, during birthdays, if someone falls asleep in the lounge. All your typical Kodak moments. 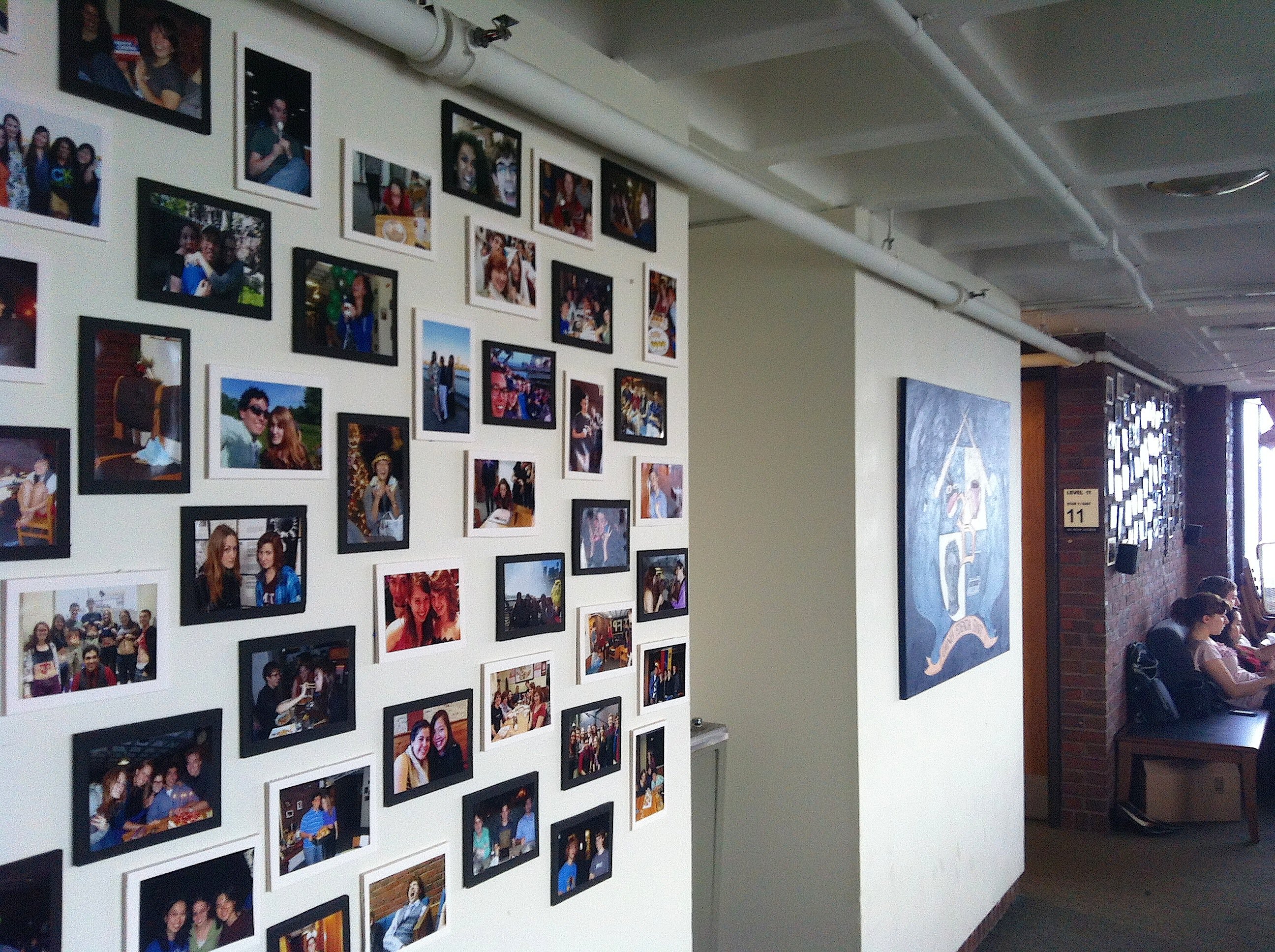 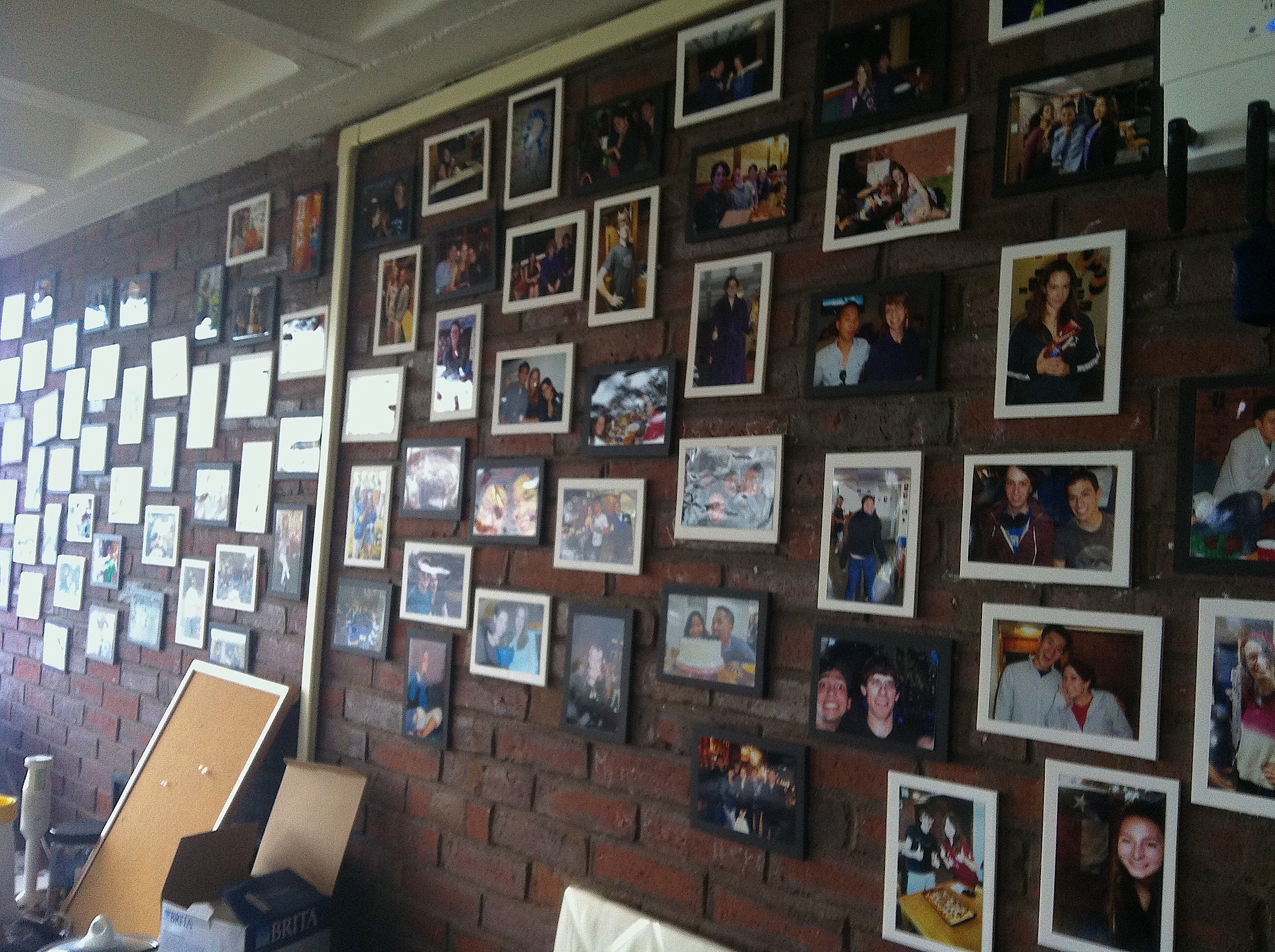 Perhaps the most clichéd advice, but things are only cliché because they’re time tested and true, right?

But actually. Friends and family are the best resources you have; they’re there to poke fun at you, talk sense into you, and make sure you maintain a certain level of sanity. To be that voice of reason saying:

4) Sometimes, Step Away from Obligations

It’s okay to take breaks! Wander around along hiking trails, read on a park bench, have a spontaneous picnic with friends. Go and immerse yourself in fictional worlds because oftentimes their dilemmas can help you resolve your own worries, or at the very least distract you for a little while. And, sometimes, a distraction is all you need to rediscover a sense of productivity.

My current media recommendation: Welcome to Night Vale, a podcast staged as a radio broadcast for a fictional desert town. Its residents barely bat an eyelash at the appearance of sentient glowing clouds, the news cleverly satirizes many a public policy, and the weather is always a song from a different indie band. Basically, it’s clever and Lovecraftian and perfect to listen to while walking to class or waking up in the morning.